Applause from a standing ovation echoed throughout the chandeliered ballroom.

Religious leaders from across Canada demonstrated wholehearted agreement with keynote speaker Elena Lasida, a professor and researcher from Paris, who urged her audience to rethink what Catholic religious life can be.

She told approximately 250 religious leaders and members of the Canadian Religious Conference on May 25 of the need to accept the changed climate of religious life and find new ways to move forward in equal alliance with laypeople.

"It's very exciting," said Sr. Donna Brady of the Sisters of St. Martha of Antigonish, Nova Scotia. She and Sr. Joanne O'Regan said Lasida's philosophies justify new steps their congregation has taken in the last couple years to include laypeople and think outside the box as their congregation ages.

The 32nd general assembly of the Canadian Religious Conference, which ran May 24-27, centered on the theme "The nights are laden with life. Watcher, what do you say?" Conversations were held in both official Canadian languages, French and English.

The conference began with a panel that included Sr. Mary-Ellen Francoeur, a Sister of Service from Toronto, and Sr. Sophie Christine Adonisse Mbougoum of the Congrégation de Notre-Dame of Montreal, explaining times in their lives when they felt in the dark or helpless, and how they emerged spiritually re-energized and in communion with people around them.

The two discussed particular times when they had to accept the unknown: Francoeur when she waded through difficult transitions during her work with indigenous people in Canada and Africa, and Mbougoum when a sister and two priests were kidnapped in her native Cameroon. To cope, Francoeur danced with indigenous women, particularly grandmothers, and felt the Spirit through the rhythm of Mother Earth's heartbeat. Mbougoum relied on family and friends and her faith as she waited months for news of the captives, who were eventually returned safely.

Conference participants connected with these stories, acknowledging in table discussions their own experiences with feeling helpless in specific situations or because of global events, including rising racism and xenophobia, terrorism, war and violence.

The sisters' universal comfort came from leaning in to networks and relationships, listening to themselves and others, and accepting differences as a means to change one's own perspective.

The focus on relationships and creating diverse dialogue continued with keynote speaker Lasida.

An economist by training and trade, Lasida is a theologian who worked for the office of Justice, Peace and Integrity of Creation within the Catholic Bishops' Conference of France before studying Pope Francis' environmental encyclical, Laudato Si'.

With aging religious communities and lower numbers joining traditional paths in Canada, conference participants were hungry for concrete ideas to move forward. Lasida encouraged them to focus on the process rather than the end result, stressing interdependence as a means toward new life.

Lasida began her keynote by repeating three phrases: "Everything is related"; "everything is a gift"; and "everything is fragile." Our lives depend on the lives of other living beings, but theirs also rely on ours; every action we take is related to the relationship it creates, she said. Each decision must be guided by what relationship is being built with it.

Lasida urged the audience to step outside their expectations of what the economic concepts of prosperity and security mean for much of Western society. She encouraged new definitions: "Prosperity" is not just personal wealth or material but is communion, a common belonging. "Security" can mean receptiveness to an unknown future.

Lasida said as a professor, she sees how young people define "commitment" not in terms of lifelong dedication to a career, but in terms of giving themselves fully to a project for a year or so before moving on to the next.

"Mobility is a value," she said.

This contradicts the current religious expectation of taking vows, she said, but it's a version of commitment that religious communities must imagine as they create new ways of continuing religious life.

"We need to go out of these binary levels — it's either lifelong or nothing, permanent or nothing," Lasida said. "I think we need to see things in a more diversified way."

She also reminded conference attendees that alliances and future-building can come in the form of laypeople.

"Sometimes I feel that the laypeople and communities of the [global] south are considered like little children to you, and they're adults, true partners. They're not just little hands you have to hold to continue what you began," Lasida said.

Brady and O'Regan said in challenging attendees to create equal partnerships with laypeople, Lasida affirmed steps their congregation has taken in Antigonish.

The Sisters of St. Martha of Antigonish recently created a core group of sisters and laity led by a young laywoman. Brady said the direction of their merged social justice and ecology methods is now no longer solely in the hands of their leadership. It's taken them more than a year to create this space where new ideas can emerge, but sisters are excited for the joint learning experience as sisters and members of the laity with social and ecological expertise figure out together how their congregation can participate in current dialogue and continue their mission today.

Lasida described detachment as living with less, but also as freedom to detach from ideas. Letting go of one's own ideas creates room for other perspectives to enter the dialogue, and "together, we can find solutions."

Brady agreed that detachment is part of the process toward growth.

"You need to put as much thought and love and prayer in the building-up and in the tearing-down," she said.

"Yeah, we forget to do the tearing-down part," O'Regan added.

While losing traditional paths may feel like a "dark night," Lasida reminded attendees of the conference theme "nights are laden with life."

She described two forms of life: continuity and renewal. Continuity, she said, is when things are going well, when people can reproduce what they've already done for a positive outcome. Renewal, though, is newness, which most often happens when people are pushed to their limits or face a void and are forced to craft new processes because the old ways are not working.

She said she sees a future with consecrated religious life, "but it's going to be very different."

Instead of holding on to institutions or lifestyles, Lasida asked the Canadian religious to define their own life-giving breath that brought them to religious life in the first place.

"You have to identify what you want to communicate, share, convey, to those who are going to invent this religious life of tomorrow," she said.

And recalling the weekend's theme, Lasida asked, "How can these nights call us to be watchers of this seed that is going to allow us to create a new world?" 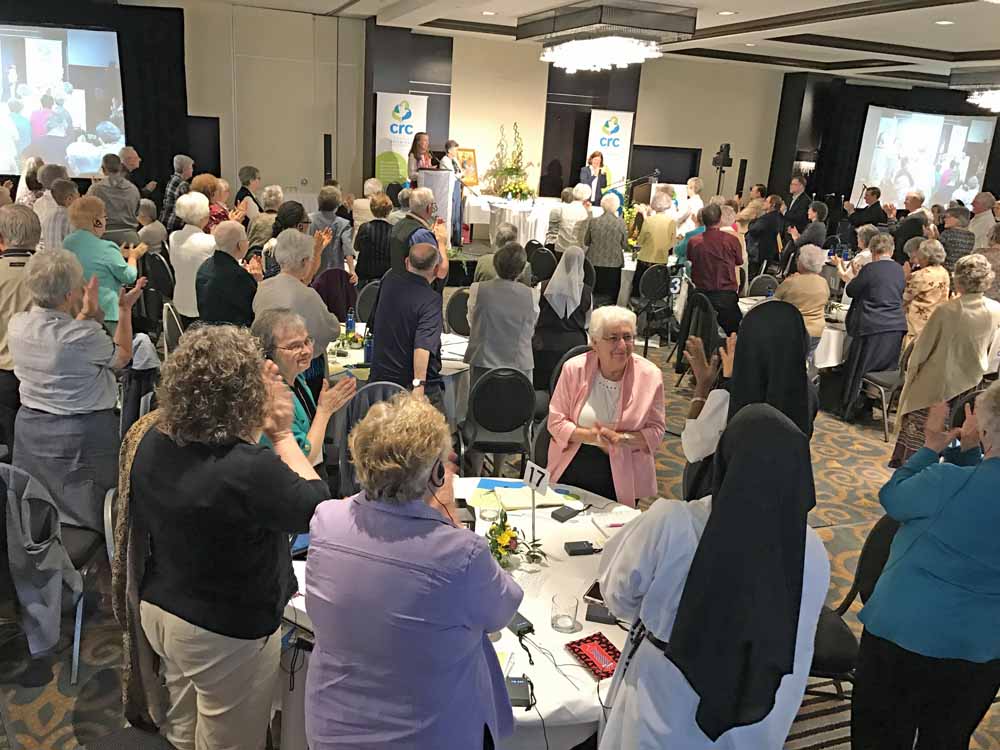 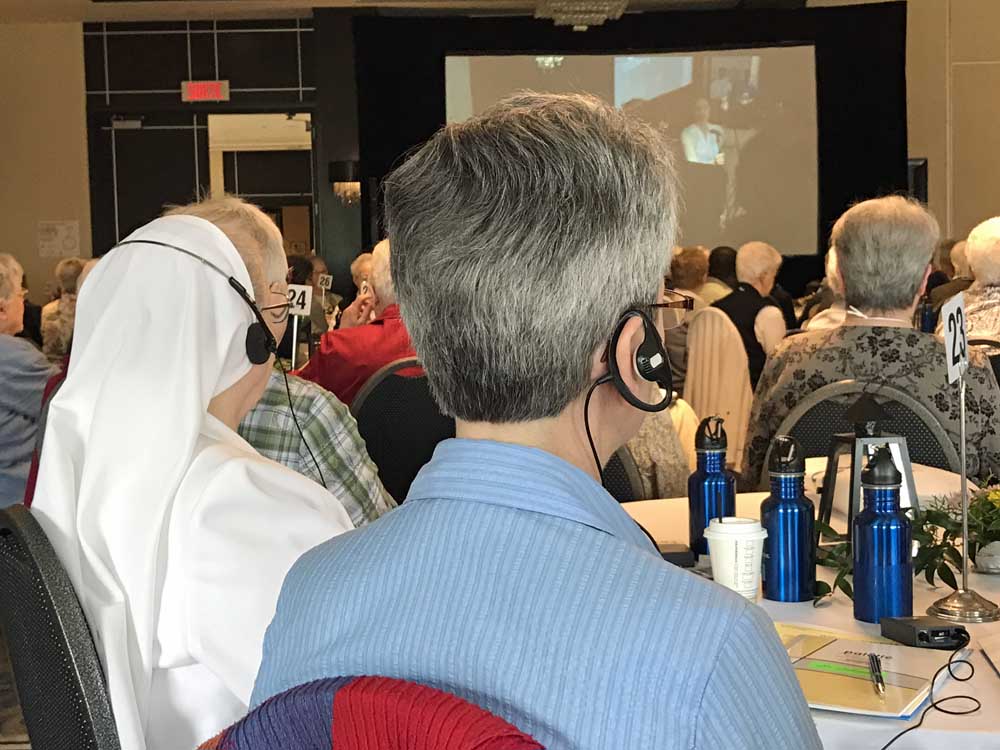 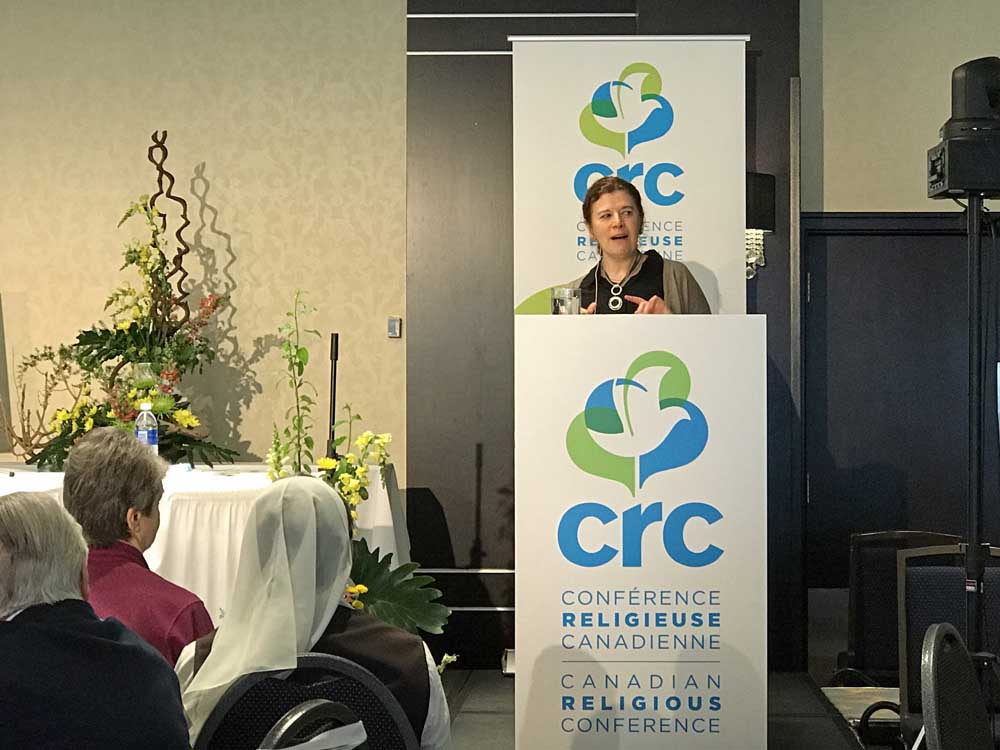 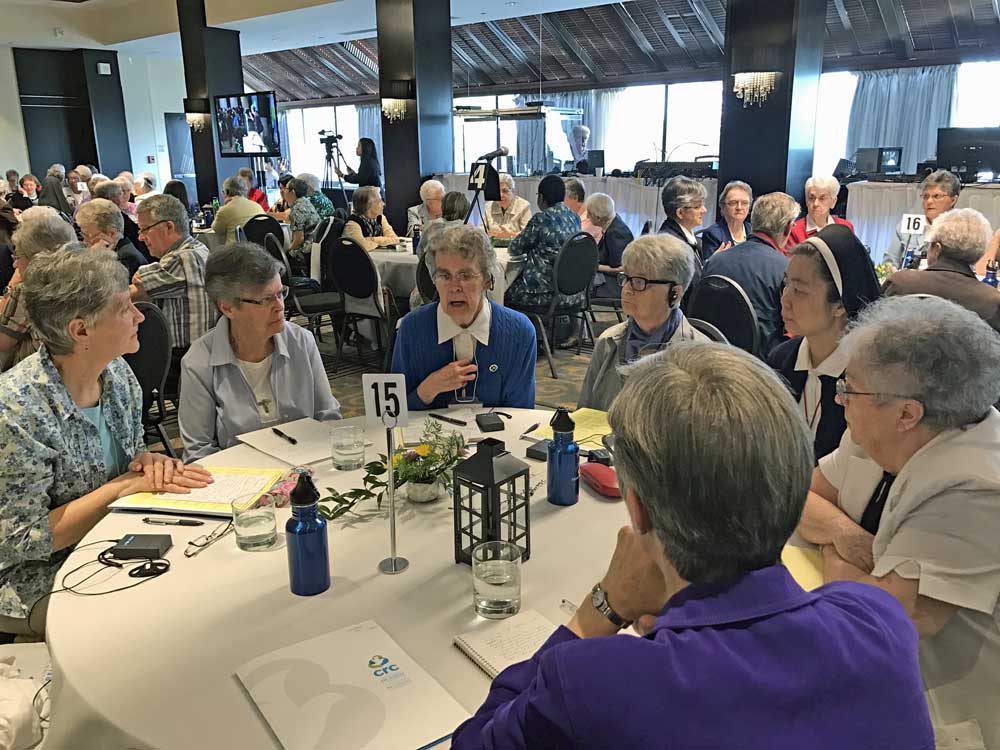