On a cool and overcast morning in downtown St. Louis, about 160 women religious convened at a hotel for the 2017 national assembly of the Council of Major Superiors of Women Religious, which served as both the organization's official 25th anniversary commemoration and its pivot toward the future.

Both Lori and Rigali were instrumental in the creation of CMSWR, which Highfield said was important to the assembly planners, who had a goal of conveying CMSWR's institutional history to attendees. That's also why this year assembly invitations were extended to congregational councilors in addition to major superiors and their vicars.

"We wanted to share not only the celebration, but to begin to impart the history of the CMSWR in a very intentional way," Sr. Clare Matthiass, community vicar of the Community of the Franciscan Sisters of the Renewal and CMSWR advisory board member, would later remark from the podium.

Thus, among the attendees crowded into a narrow hallway outside a hotel ballroom were 70 congregational councilors. The women perused a table with piles of free reusable tote bags and tall stacks of papal encyclicals before heading into the ballroom to learn more about the assembly's theme of CMSWR as a gift "given, received, shared."

CMSWR, which represents about 12 percent of all women religious in the United States, has had a busy quarter-century, the highlights of which were shared in a 12-minute video created by Sr. Robert Francis Marie Tait, provincial vicaress for the Baltimore province of the Little Sisters of the Poor. CMSWR built a four-story residence for sisters studying in Rome, produced a film about religious life, and created an annual spiritual formation course for Spanish-speaking sisters.

Additionally, CMSWR hosts regional spiritual formation workshops for its members throughout the year and formator workshops open to all formators and vocations directors. For the Year of Consecrated Life (Nov. 30, 2014-Feb. 2, 2016), CMSWR hosted a symposium on religious life and a five-day conference on authentic femininity for young Catholic women.

In her presidential address, Mother Agnes Mary Donovan, CMSWR chair and superior general of the Sisters of Life, quoted Pope Francis' May 2016 speech to the International Union of Superiors General in which he declared that if women religious did not exist, the church would not exist; it would be as if Mary had not been present at the Pentecost.

Rigali, CMSWR's episcopal liaison to the Holy See, highlighted the World Youth Days in which the sisters have participated, the eucharistic congresses they have sponsored, the communication between religious superiors they have fostered. He told the assembly that these endeavors are indicative of the good fruits by which Jesus said his followers would be known.

Lori, who was secretary to Cardinal James Hickey, CMSWR's first spiritual adviser, in a prerecorded video message praised CSMWR for its "sole focus" of "helping communities and their members live a life wholly consecrated to God and to the church with great joy, generosity and a spirit of willingness."

He also briefly touched on the schism among U.S. women religious that led to the creation of CMSWR, noting that the group "was not established against anyone or anything, but rather was coming into being for the needs of particular communities."

The needs of these "particular communities" began to manifest in the 1960s, when institutional and cultural changes swept through congregations of women religious. Citing the Second Vatican Council as their inspiration, many congregations voted to do away with habits and regulated prayer times. Communities began replacing the office of major superior with leadership teams, and some sisters moved into apartments.

The official umbrella group for U.S. women religious — then called the Conference of Major Superiors of Women but later renamed the Leadership Conference of Women Religious — largely supported these shifts, much to the dismay of a faction of sisters who believed these changes deviated from "authentic" church teachings.

In the late '80s and early '90s, Hickey, then archbishop of Washington, D.C., presided over a series of meetings between LCWR leadership and the dissenting sisters, who in 1971 organized under a splinter group called the Consortium Perfectae Caritatis after the Vatican II document on religious life. But by most accounts, the meetings were a failure.

In the spring of 1992, with Hickey's encouragement and against LCWR's objections, 80 major superiors from the Consortium Perfectae Caritatis took the unprecedented step of petitioning the Vatican for permission to form a separate association, committed to the preservation of "traditional" religious life. The petition was approved by the Vatican, and on June 13 of that year, CMSWR was formed with a five-year provisional status that was made permanent in 1995.

Though speakers alluded to this past, much of the focus of the 2017 national assembly was the future. In preparation for the anniversary, CMSWR created a five-year strategic plan, some of the results of which were implemented at this gathering.

"One of the things that was indicated was that the membership really wanted spiritual and practical support for the major superiors of the congregations," Highfield said. "Now, and in the future planning, there will be presentations that will help these major superiors fulfill their roles in their particular congregations."

This year, the sisters were invited to roundtable discussions on topics like the responsibility of the major superior as found in canon law and why listening is an essential leadership skill. On the third day of the assembly, they heard a presentation from Sr. Stephanie Still, a Sister of the Presentation of the Blessed Virgin Mary of San Francisco and the director of the National Religious Retirement Office.

Additionally, Highfield said CMSWR will now shift some of its focus toward emerging congregations.

"What we see is that religious life has had a beautiful flowering throughout history," Highfield said. "Now, we hope to help new communities that are growing — as well as those that have been in existence — to continue to be of service to the church."

This year, two new congregations — the Children of Mary and the Sister Servants of the Eternal Word — joined CMSWR as associate members.

In her presentation on CMSWR as a "gift received" by women religious, Mother Ann Marie Karlovic, prioress general of the Dominican Sisters of St. Cecilia, brought the weekend celebration full circle by quoting a prayer that Hickey had offered at the inaugural national assembly in October 1992.

"His prayer could easily be ours this afternoon," Karlovic said, introducing Hickey's supplication:

Heavenly Father, we call upon you in faith, hope and love. Give us, Lord, a spirit of loving fidelity. Renew the religious consecration of the superiors who are part of this council. Give to all of us who take part in these proceedings a spirit of hope in your promises, as we look to the future. Help us to open our hearts of Christ, to trust in his loving and redeeming presence as we plan for the future and seek was to strengthen religious life. Give us a spirit of charity so that we might speak the truth in love and work for the good of the whole church in a spirit of loving cooperation. 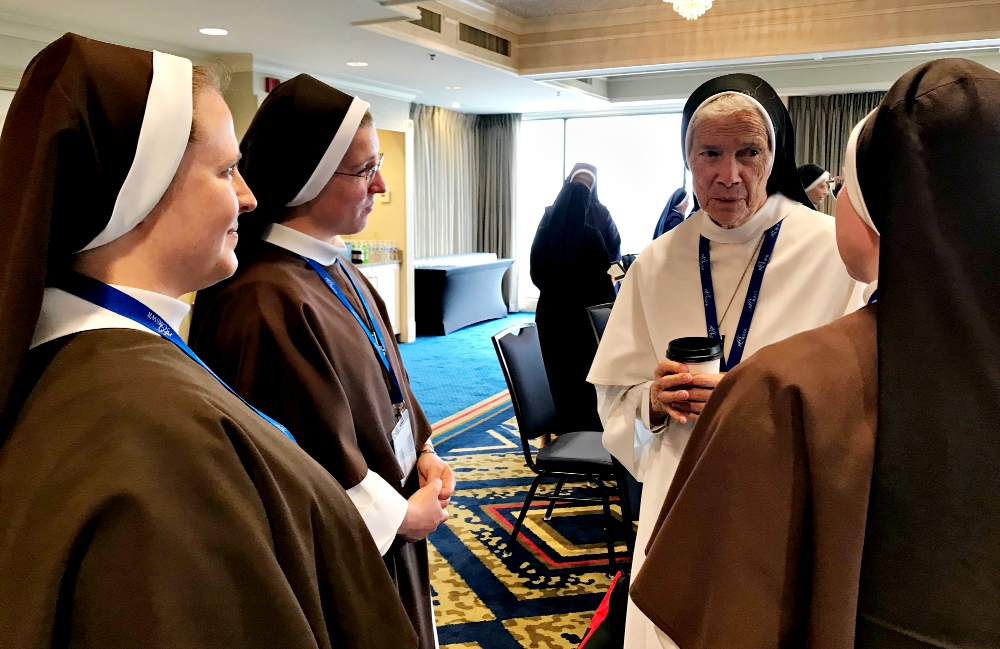 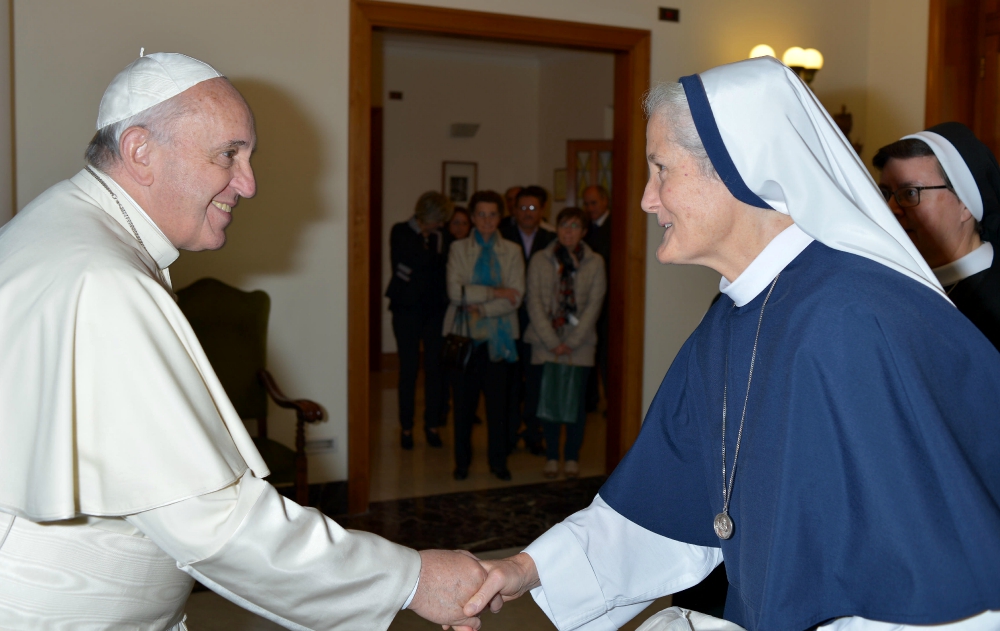 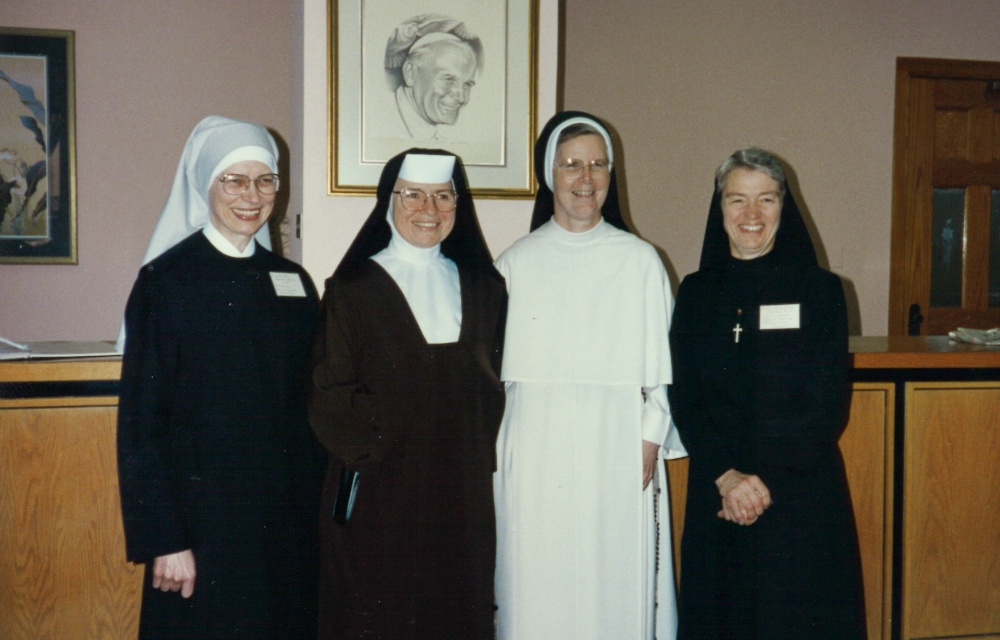 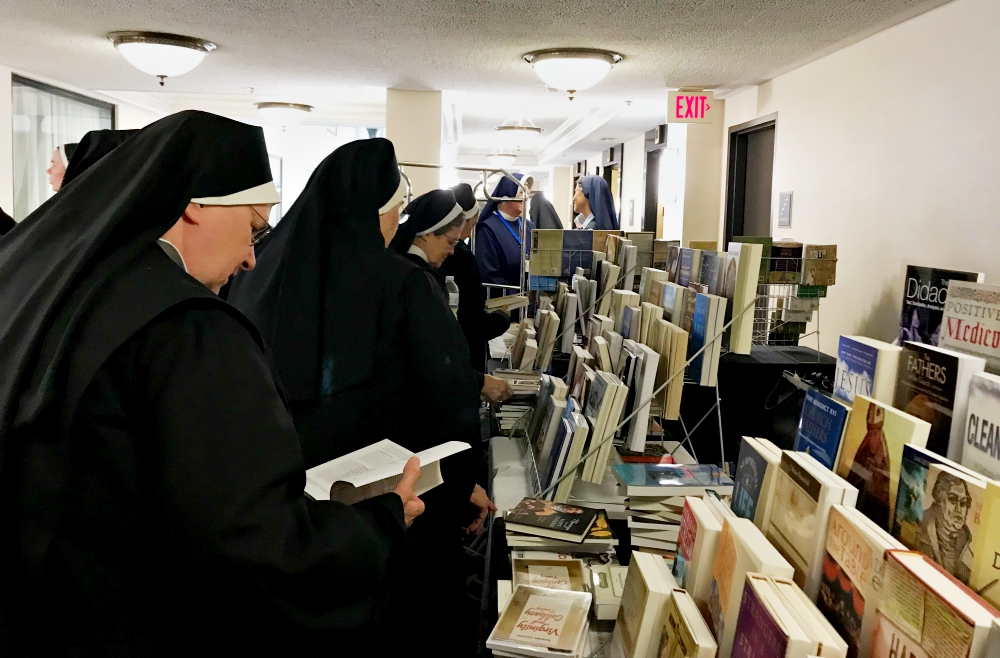 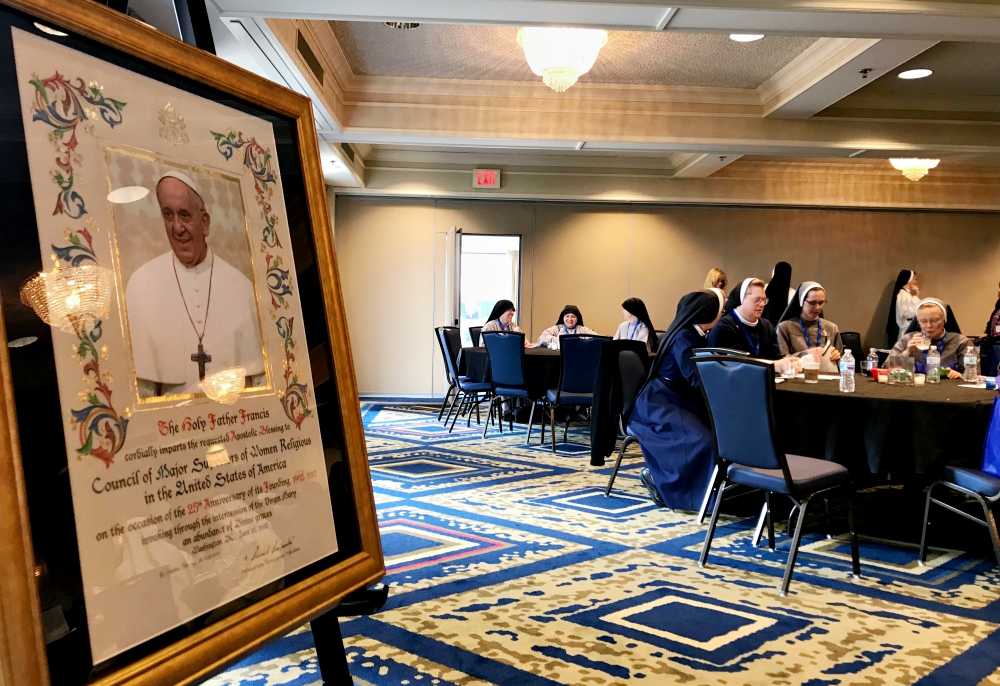