On any given day at Kloster Arenberg in Koblenz, Germany, there will be more staff members on site than sisters — 80 staff to 50 sisters, to be exact.

There will also likely be more visitors. That's because since 2000, the Sisters of St. Catherine of Siena have oriented their convent as a wellness destination, welcoming seekers of all stripes to their property for various forms of holistic recreation. These days, Kloster Arenberg can host approximately 80 guests at a time and more than 5,000 visitors annually.

Throughout the year, the monastery hosts a variety of four-day retreats, which cost between 450 and 960 euros ($505-$1,076). The retreats have different focuses: Some teach skills like icon-painting or meditative writing, while others are seminars on topics such as dreams and imagination or a "resource-oriented biography seminar for women in the middle of life," reads Kloster Arenberg's website. The costs include room and board. Guests who want to attend but don't have the financial means are encouraged to email Kloster Arenberg directly to discuss options.

Wellness tourism is a $639 billion industry globally, and it is forecasted to reach $919 billion by 2022, according to the Global Wellness Institute. While the United States is by far the world leader in wellness tourism, driving over one-third of world revenues ($226 billion), Germany is the second-most-popular country, seeing $65.7 billion in revenues annually. Germany is known for "climatic health resorts": destinations whose climate is determined to be therapeutically effective, especially for people with respiratory diseases.

Sr. Ursula Hertewich, who works as a spiritual guide for guests at Kloster Arenberg, offering one-on-one spiritual counseling appointments, said "wellness," a term that brings to mind concerns about access and privilege, is a word the press has attached to what they're doing in Koblenz, not one they chose for themselves.

"We live in poverty," Hertewich said, adding they maintain their previous lifestyle. "Living in solidarity with the poor is important to us."

One important way they consciously keep their path and that of the guests separate is to eat the meals the guests eat, but always on the day after. Furthermore, the sisters are not allowed to invest in any assets.

"As a religious community, we always have to reinvest all the money directly," Hertewich said.

When asked if money can be spiritual, Hertewich took a moment to think about it before she responded.

"There is a wealth that actually alienates us from life," she said. "I see that as highly problematic in every respect.

"I find it quite dangerous when I put money in relation to my own value or if I were to think, 'I am only worth something when I own something.' In this respect, money is not spiritual in itself. However, what we can create with money [can be spiritual]," she said.

If money is invested in spiritual endeavors, and spirituality flows from those endeavors, "that can be something very precious," she said.

Hertewich said the wellness initiatives at Kloster Arenberg presents no moral challenge for the sisters because the programs are "deeply Christian" and in line with the Dominican spirituality on which the order was founded.

"It is exactly the same way Jesus himself dealt with people. Catherine of Siena was also a person who always saw man as a whole and never demonized anything that belonged to man," she said.

Hertewich said she disagrees with the notion that "everything physical is somehow of the devil and must be overcome" or that the soul is the only thing of importance.

Kloster Arenberg is not the only convent to have restructured itself as a wellness destination in recent years, though the sisters here say their undertaking is the largest they know of.

In Kingstree, South Carolina, the Springbank Retreat Center for EcoSpirituality and the Arts is part of the Diocese of Charleston and has had a presence by the Dominican Sisters of Adrian, Michigan, since the 1980s. Springbank offers sabbaticals each spring and fall for sisters as well as non-consecrated people, featuring healing activities such as Native American pipe ceremonies, arts and ecology classes, massage, and Reiki. And in Quebec City, Augustinian sisters transformed a hospital their order founded hundreds of years ago with the mission of caring for the sick into a luxury hotel and spa that has been featured in Travel + Leisure magazine. Le Monastère des Augustines, which opened to the public in 2015, offers massage as well as aromatherapy, reflexology and other health treatments.

A history of offering healing to the secular public

Kloster Arenberg has outdoor grounds open to visitors at no charge. Anyone can walk there and experience the garden where healing herbs and teas are grown. The teas are available for purchase in a gift shop and are also incorporated into some of the spa treatments.

The grounds also include a beekeeping area and a small stone wall where guests throughout the years have written prayers and tucked them between stones. The walking path features wooden benches and hammocks peppered strategically throughout, encouraging moments of contemplation and rest. There is also a labyrinth for walking meditation.

Most of the guest activities at Kloster Arenberg take place in the Vitality Center, the part of the convent constructed in 2000 to house the wellness programs. Inside the Vitality Center, guests can experience "an extensive range of fitness and wellness facilities, which combine modern wellness offers, professional physiotherapy and classic Kneipp [hydrotherapy] treatments," reads Kloster Arenberg's website.

Indeed, guests at Kloster Arenberg have the choice to partake in healing modalities such as massage, sauna and "herbal stamp" treatments. There is a fitness center, swimming pool, meditation room, and a couple of different rooms for quiet relaxation. Guests are also able to take advantage of a range of classes, including water aerobics, yoga and gymnastics.

Hertewich said there is a history of offering healing to the secular public at Kloster Arenberg. For more than 50 years, there was a sanatorium here. In the 1990s, though, the sisters noticed fewer and fewer guests were coming, while at the same time, fewer sisters were joining the order. In recent decades, only one or two novices were joining every five years.

The Sisters of St. Catherine of Siena built the Vitality Center with 15 million euros from their savings from years ministering as nurses and teachers in the community.

"Our new concept was to offer people holistic recreation — recreation with body and soul," Hertewich said.

Now, the campus at Kloster Arenberg is a mix of old and new. Modern buildings erected in 2003 stand alongside buildings as old as 160 years. The seven-story Vitality Center features one wall made primarily of glass windows, letting light stream into the atrium and cafe.

On a recent afternoon, guests sit and rest here, some reading newspapers silently while others have quiet conversations over cups of tea. Outside the cafe, there's a garden seating area with tiers of tables and chairs. A woman sits contemplatively out there, alone, with a mug of tea.

According to Hertewich, making the architecture and grounds externally beautiful allows people to walk an inner path of healing.

"Everything we offer here helps people to become free and let themselves be healed. Our motto is 'healing love,' " she said. "We try to make this healing love tangible here."

Guests, in general, have the choice to engage with the sisters' lifestyle as much or as little as they want. Morning and night prayers, Bible discussion groups, and spiritual counseling are all available. Guests have the option to attend the daily Mass with the sisters at their chapel, located on the ground floor of one of the older buildings where the sisters live. Guests can also opt instead to focus their worship time in the newer chapel, located on the top floor of the Vitality Center and featuring a sweeping view of the grounds and surrounding area from the rooftop terrace.

Caring for the body, whether that's through a massage treatment, a yoga class, or a swim, is not just about feeling good in a superficial way, Hertewich said. In fact, it can be a necessary prerequisite for deeper, more internal work.

"Here, we want to give guests a space in which they can feel good externally so that inner processes become possible. Our guests feel secure and know, 'I can just be here.' In such an environment, they will allow themselves to be weak and to live through processes that are perhaps difficult and that are not always associated with warm feelings," Hertewich said. "I believe that this is spirituality in the best sense of the word — that I dare to let myself be healed from injuries and disappointments, from things that torture me." 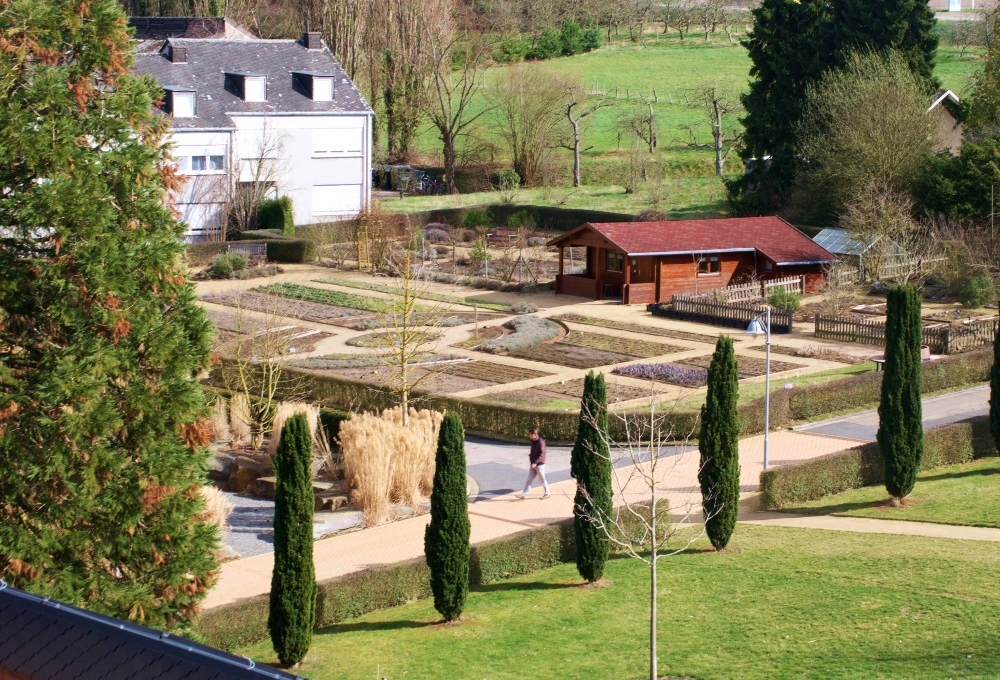 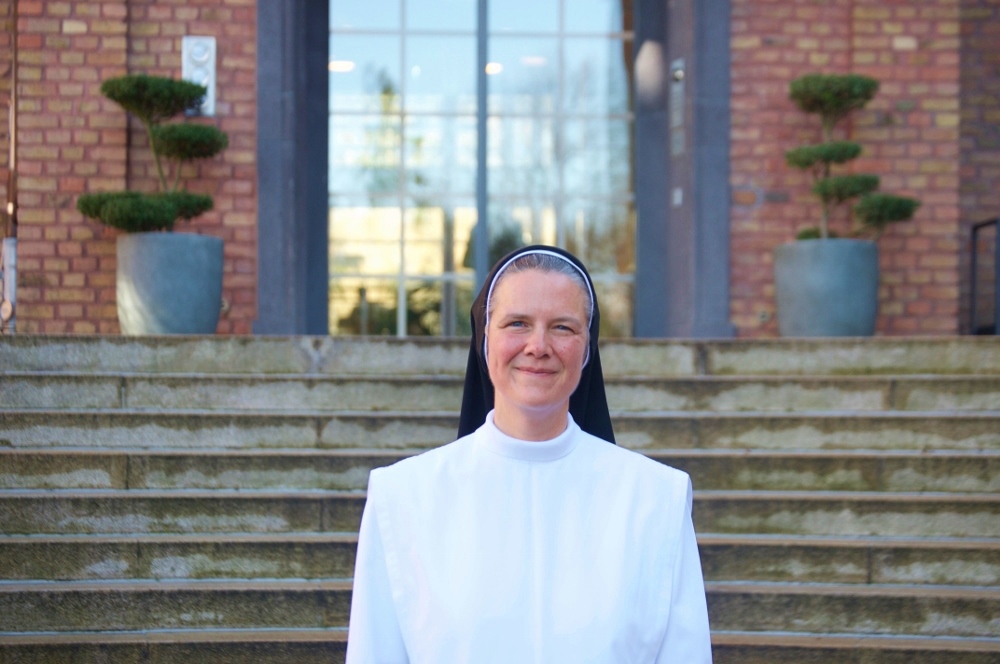 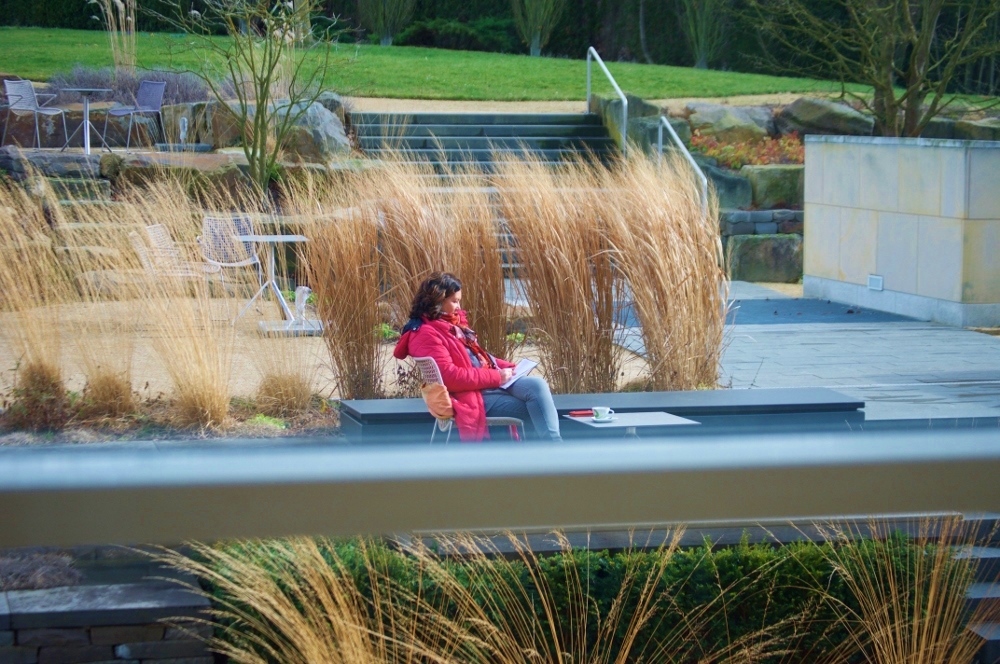 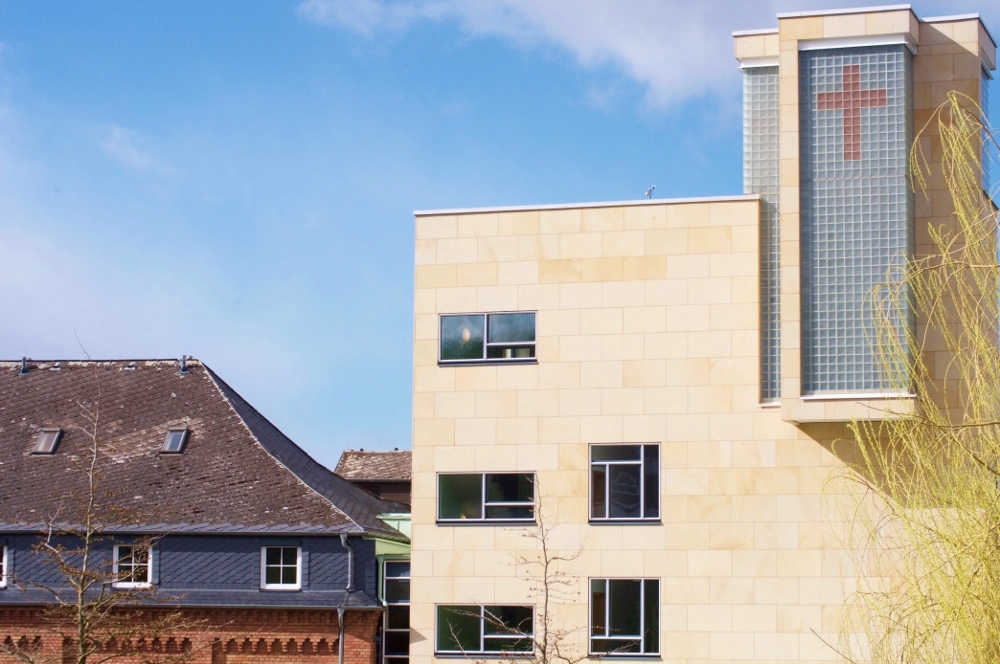 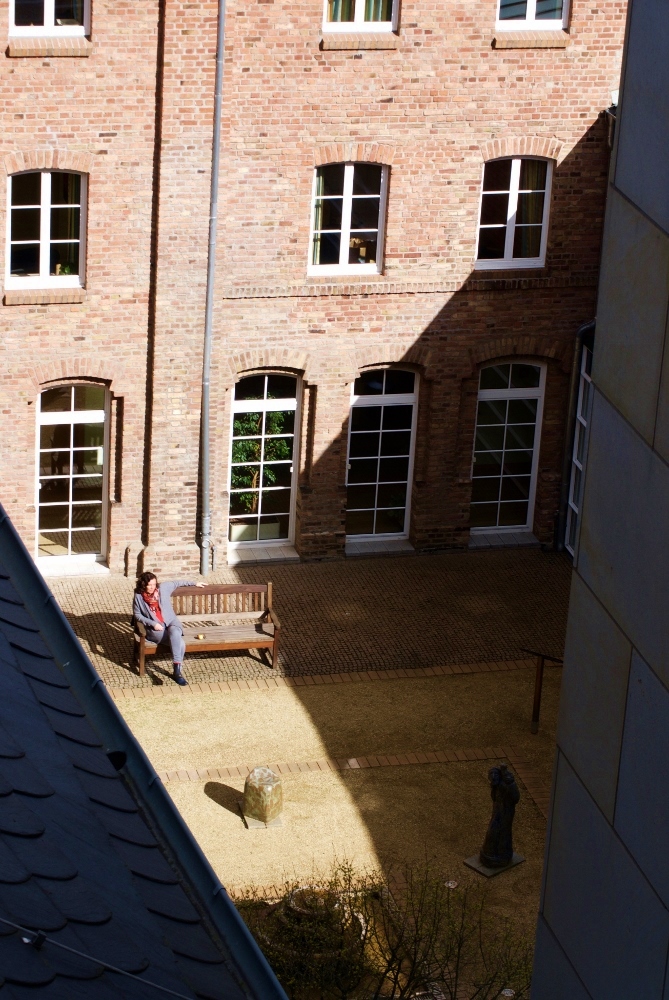