Several years ago, Sr. Rita Mascarenhas used to watch jobless young women from faraway villages land in Goa, her native state in western India. Those women would end up as laborers in casinos, households, restaurants and factories of that tiny state. Some went to the brothels of Goa, a former Portuguese colony that is India's top tourist destination.

Disturbed by the plight of the women, the Salesian nun says she decided to fight human trafficking. She soon realized the modern form of slavery had become a multibillion-dollar business in India. The 45-year-old nun told Global Sisters Report that her tortured soul was calmed by the efforts of the Asian Movement of Women Religious Against Human Trafficking (AMRAT).

Mascarenhas was introduced to the movement when it held its first meeting in Goa in 2009, the same year it was founded. A total of 42 nuns from 20 congregations attended the meeting where two representatives from the Rome-based International Union of Major Superiors came as guides.

Members of the Asian movement of religious now comprise about 200 nuns from 63 congregations working in Bangladesh, India, Nepal, Pakistan and Sri Lanka.

The vision statement of the movement says it comprises South Asian women religious who, inspired by Christ's teaching, offer to spend their lives to protect, promote and restore human rights of marginalized people. They especially address the challenge of human trafficking.

Bethany Sr. Arpan Carvalho, the movement's president, says their members come from the "source" and "destination" areas of trafficked persons. This local perspective helps them eradicate trafficking and protect potential victims. Gradually, they hope to get involved in rescue operations, set up short-stay homes and launch rehabilitation activities.

Carvalho explains that human trafficking has also become a criminal activity because of the low risk and high profit involved. It is profitable because humans, unlike drugs, can be sold for repeated use, she says.

Carvalho quotes Thomson Reuters Foundation to show that South Asia, with India at its center, has become a fast growing region for human trafficking. Traffickers cheat poor women and children from the South Asian countries, promising them good jobs. But they end up as maids, sex workers or underpaid laborers in small industries. In many cases, they are held as bonded laborers.

Indian lawmakers were told earlier this year that 19,223 women and children were trafficked in 2016 — an increase of 3,775 people from 2015 numbers. West Bengal in eastern India, which shares borders with Bangladesh and Nepal, topped the list of trafficked persons.

Mascarenhas, who now lives in Mumbai, has compiled success stories of the movement in a book titled Arise my daughter! Now you can walk straight.

One story narrates how the nuns' timely intervention saved a young woman from traffickers in Mumbai, the commercial capital of India.

On February 8, 2015, a friend, Meera, alerted Mascarenhas about a woman she found on a train coming to Mumbai from Bhopal, central India. Because the woman looked disturbed, Mascarenhas told Meera to check whether someone was monitoring her. The woman, named Anita Lakra, a Catholic from Chhattisgarh state in east-central India, was going to Mumbai for a job.

Lakra begged Meera to save her. The man who arranged Lakra's journey was traveling in another coach on the same train. He had instructed Lakra to meet him on the platform at Borivali, a station in Mumbai.

Meera told Lakra that she would ask a Catholic nun to help her when she reached Mumbai. Meera showed Mascarenhas' photo to Lakra and gave her the nun's cellphone number. Mascarenhas, through Meera, instructed Lakra to get off the train one station before Borivali, which she did.

After Mascarenhas and Lakra recognized each other, they went to another platform and boarded a local train to the city's main station. The nun gave food to Lakra at the station and put her on a train back to Bhopal. Lakra's husband later phoned Mascarenhas to thank her. He said he had sent his wife for work because their family badly needed money to survive.

Another story in the book narrates how, in 2014, a group of priests and nuns, associated with the movement, joined police and members of an non-governmental organization to rescue some 200 women from a fish-processing firm near Mumbai. The company kept the women confined to the workplace once the women's agents had already collected their salaries and escaped. The raiders rescued the women, forced the company to pay their salaries and arranged for their return home.

Carvalho, who lives in Karnal, a town in Haryana state in northern India, says they set up the anti-trafficking organization's structure after consulting the members of the Asian Movement of Women Religious against Human Trafficking. Besides a central committee comprising the president, vice president, secretary, treasurer and three executive members, the movement has eight regional coordinators in India and four in neighboring countries.

The members are invited once a year to share their work at a meeting held at different sites, where religious are also trained in anti-trafficking skills.

Religious and secular organizations committed to the cause train movement members to focus on prevention of trafficking at the grassroots level, Carvalho says. Congregations publish articles on trafficking to familiarize their members with the movement's mission, vision and objectives. The organization also distributes documents and study materials on global and regional trafficking.

Carvalho says the long-term goal is to expand its membership to 1,000 South Asian women religious.

The members have faced severe challenges, sometimes from their own communities, says Sr. Lissy Rose, her congregation's regional coordinator in the southern Indian state of Karnataka. Sisters are allowed to participate only in prevention and protection programs. Their leadership objects to involvement in rescue operations and raids, Rose, a member of the Sisters of Mary Immaculate, told GSR.

However, Rose was introduced to the movement by her superior general. The congregation, which originated near the India-Bangladesh border, was disturbed by the news of many young children going missing from their homes, Rose explains.

Former AMRAT movement president Sr. Sagaya Mary, who now works among sex workers in Mumbai, says many congregations hesitate to let their members take risks. "The biggest challenge is that the traffickers are well organized, but we are not. So, to fight the problem, we have to invest personnel, finance and time," Mary told GSR.

Another problem is the paucity of funds to invest. The movement exists mainly with the support of religious congregations, Carvalho acknowledges.

The movement also faces difficulties in getting mandatory licenses from the government to run shelter homes, and Carvalho bemoans a general lack of awareness among church leaders about the seriousness of the issue.

There have been moments of joy, however. The government of Chhattisgarh state in 2016 recognized Franciscan Missionaries of Mary Sr. Annie Jesus, for "the best work in anti-human trafficking."

"We are also much encouraged and inspired by Pope Francis, who invited all people to work together to end this 'crime against humanity,' " Carvalho says. 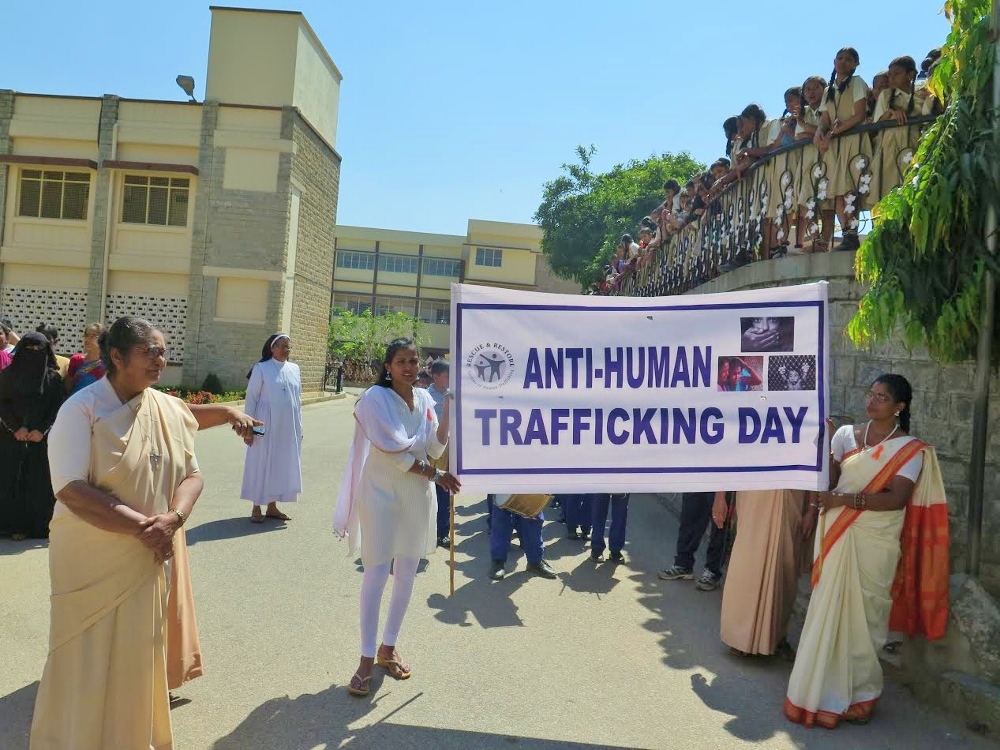 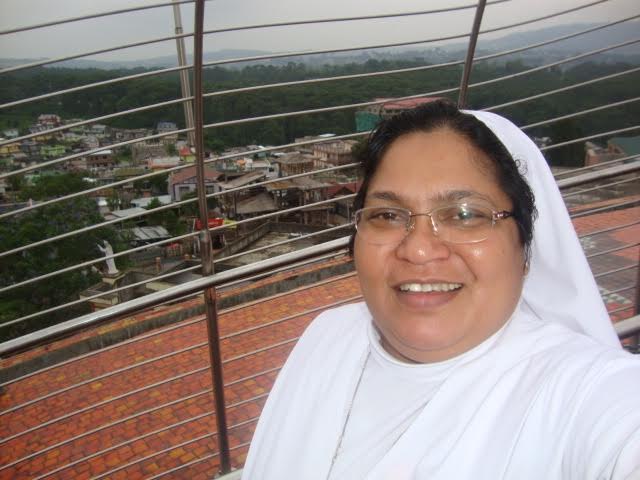 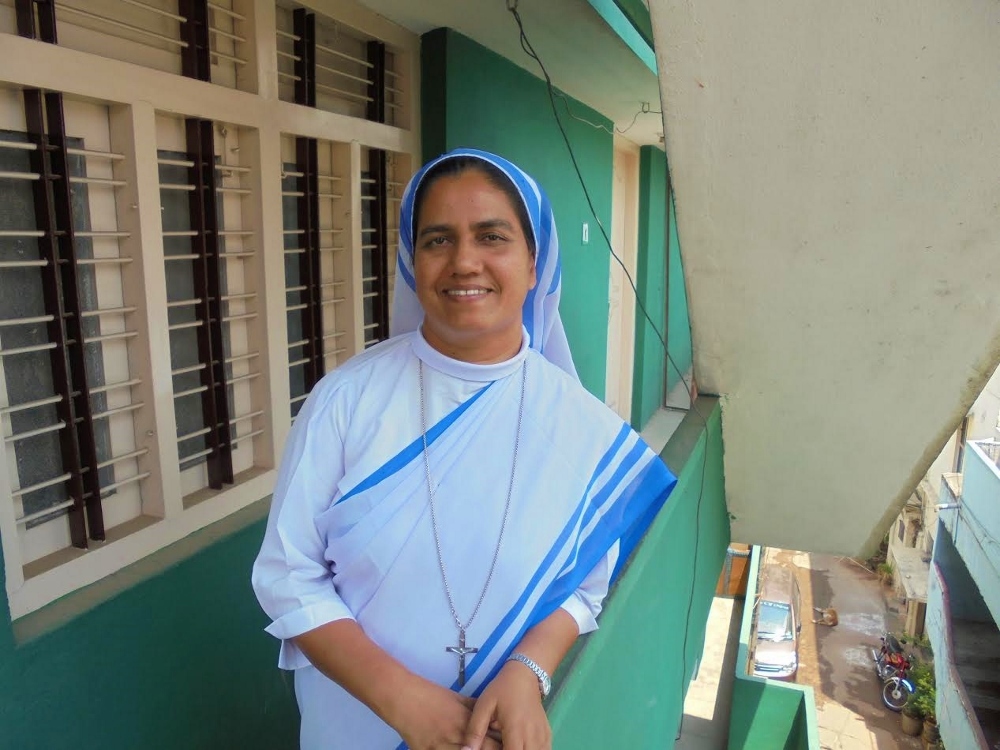 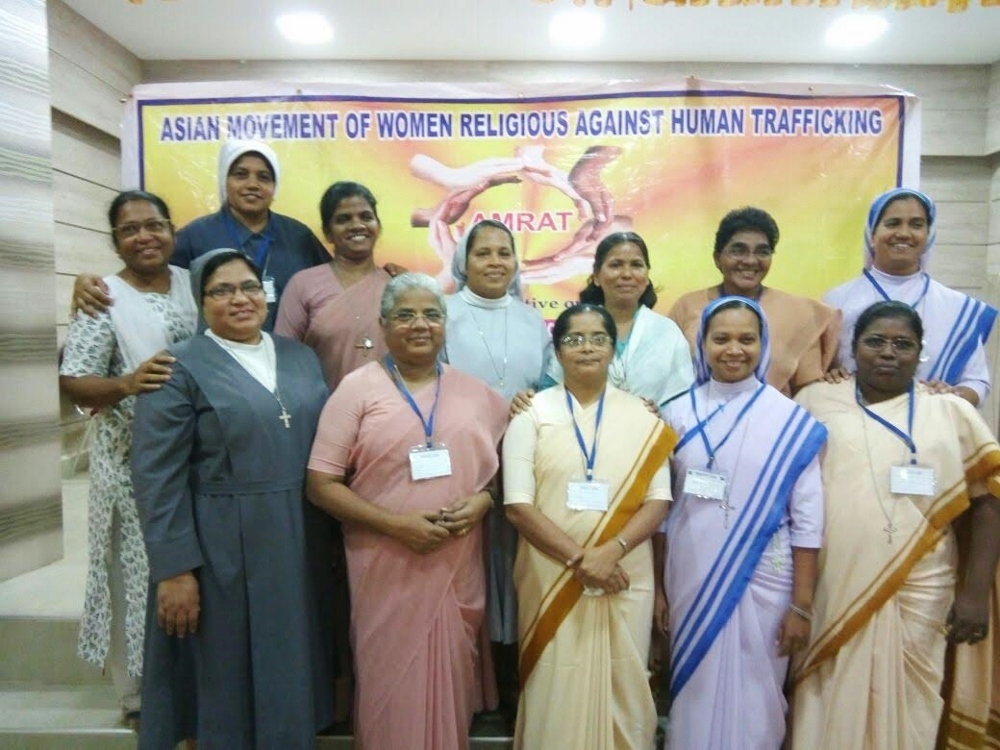