Honored as one of the U.S. State Department's "heroes" in combatting human trafficking, Comboni Sr. Gabriella Bottani urged action to fight the situations that make people, especially women and children, vulnerable to trafficking.

Bottani, international coordinator of the Talitha Kum anti-trafficking network of Catholic women's and men's religious orders, was honored June 20 as one of the State Department's 2019 TIP Report Heroes.

Speaking at an event that included the release of the State Department's annual report on trafficking in persons, Bottani identified three "causes and vulnerabilities that contribute to human trafficking":

Callista Gingrich, the U.S. ambassador to the Holy See, nominated Bottani for the award and spoke at the ceremony, saying the Comboni sister deserved to be among the heroes who are "recognized for their tireless efforts — despite resistance, opposition and even threats to their lives — to protect victims, punish offenders and raise awareness of ongoing criminal practices in their countries and abroad."

Talitha Kum, she said, involves thousands of Catholic women religious "working on the frontlines to end human trafficking" in 77 countries.

The 10-year-old network, Gingrich said, has helped rescue victims and has "reached thousands of people through anti-trafficking awareness campaigns." 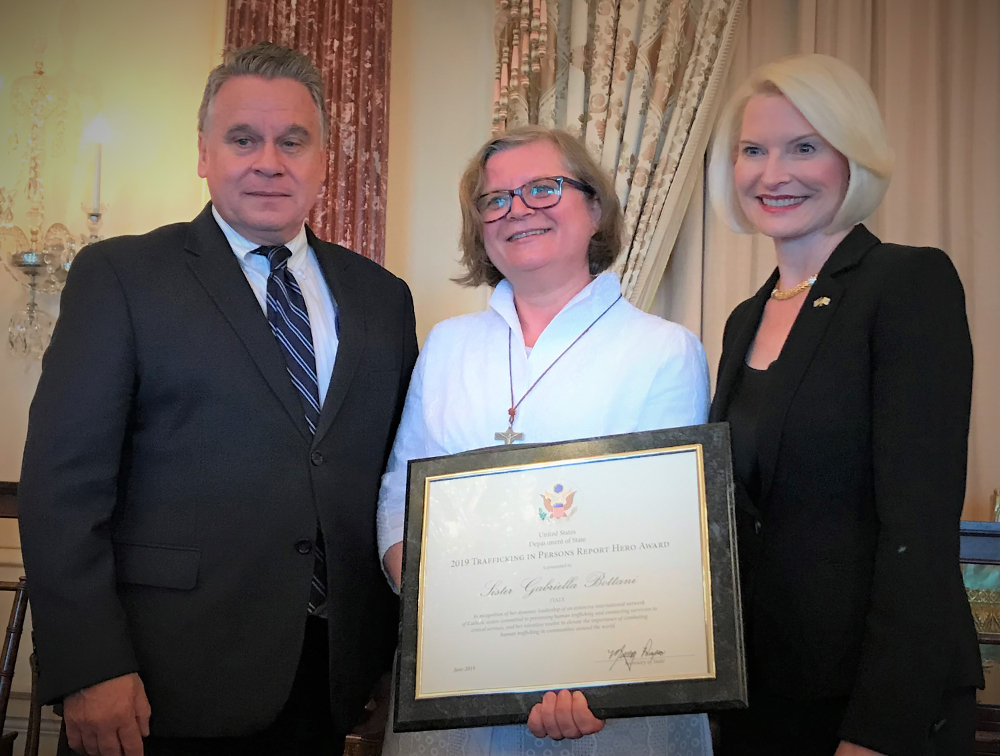