A year before Shannen Dee Williams spoke at the 2016 Leadership Conference of Women Religious national assembly about her upcoming book on anti-black racism among Catholic sisters, she presented some of her research at a symposium in London. Sally Witt, a Sister of St. Joseph of Baden and fellow historian, sat in the audience and was aghast to learn from Williams that in 1960, her community had denied entrance to a woman because she was black.

When she returned to the United States, Witt emailed her president, Sr. Mary Pellegrino, who was equally surprised by the revelation. The woman in question — Patricia Grey — had gone on to become a Sister of Mercy in Pittsburgh (although she eventually left that community) and, in 1968, to found the National Black Sisters' Conference.

Pellegrino wondered if Grey would be open to hearing from her. With help from Williams, Pellegrino was able to get in touch with Grey, but it took Grey almost six months to return the phone call.

"It took that long because for the first time, what I really felt years ago was just unveiled, and I had to go through my own engagement with God," Grey said. "I never allowed myself to actually experience the pain of it."

After about a year of conversation, the two women met in April 2016, and Pellegrino apologized to Grey on behalf of the congregation. Pellegrino also presented Grey with a miniature replica of the Door of Mercy, which Grey now keeps in her living room.

Pellegrino also laid bare the story in a letter penned to her sisters and their associates.

"I really wanted to let them know that this is part of our history," she told GSR. "Like many communities, we have engaged in outreach and service in communities of color — particularly the African-American community — and at the same time, we denied entrance to black women."

Reactions to the letter were a mixture of surprise and sadness. Pellegrino received an outpouring of phone calls and emails, and the discussion about how to move forward became part of the year of peace and nonviolence the congregation had already committed to.

The sisters know they can't change the past, but the challenge, Pellegrino said, is figuring out how that past informs the present.

"I think there's maturity in this, that we're able to tell a fuller story of our history," she said. "We're telling a truth that hopefully can have a healing effect, not only for other people, but perhaps for ourselves, as well."

Related - Reckoning: White sisters respond to their own racism, to one historian's call for justice 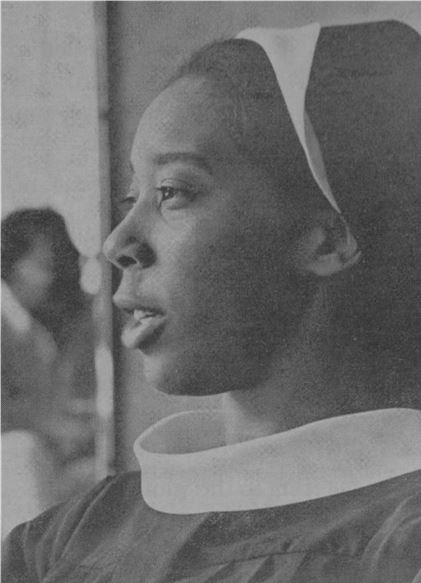