As a young woman professing first vows in 1983, Sr. Elaine Baete swallowed a fleeting thought about the future of her new congregation, the Sisters of Charity of Montreal, also known as the Grey Nuns. Instead, she focused on her new vocation and the impact she hoped to make.

"I can remember walking in St. Boniface in our big provincial house [in Winnipeg] as a young sister and saying to myself with fear — too much fear to say it to anybody else — 'I don't know what will ever happen to this big huge building and how we're going to manage it,' " Baete said.

Now, Baete takes the helm of the transition as the congregational assistant on the Grey Nuns' leadership team. She and four others make decisions about how her congregation will pare down assets and ready itself for completion.

As the Grey Nuns downsized, they restructured from having leaders in multiple provinces across Canada, the United States and Brazil to a centralized governance system, which communicates with grassroots representatives at each site. About 20 years ago, the community had about 820 to 830 sisters.

After watching the congregation shrink, Baete, 61, knows her leadership role now is less about future planning and more managing stewardship, organizing care for elderly sisters and deciding how to best pass the torch when they are no longer around. And she's OK with that: Without passing on, new life cannot emerge.

Baete points to their foundress, Marie Marguerite d'Youville, and her trust in God, acknowledging that their charism — "recognizing God's call to be examples of compassion, loving care and hope to those in need" — has been a gift, but they must remain faithful to it and accept its limitations.

"It's not unusual to see that 300 years is quite a norm for a religious congregation to exist, because it's responding. The charism of the founding person or persons is with regard to a need in the church and the people of God at the time," Baete said.

Letting go of buildings and burden

Asked if their leadership has come up with a date for conclusion, Baete nods her head rigorously, with a soft smile. She estimates the community has another 20 to 30 years.

"We're preparing," Baete said. "At our chapter that we had in July last year, it's like we're preparing our testament for when there's just a handful of sisters left, what's going to be done with whatever it is that we have that's in common."

One of the few buildings left was the Grey Nuns' original, the House of Mother d'Youville in Old Montreal. It was put in d'Youville's care in 1737 to serve those who are sick or who live in poverty, especially women and children. The piece of property, the only one the Grey Nuns still own in North America, stands near Old Montreal's port in a beautiful historic area where today's tourists ride in horse-drawn carriages.

Today, a bright rainbow-paneled wall hanging stretches behind the entire platform and pulpit of the building's former chapel, where Sisters of Charity attended Mass while they lived there. In March 2017, the sisters moved out of the building, though their offices remain there, as they own and run the building.*

Today, Maison de Mère d'Youville, a public museum about the Grey Nuns and d'Youville, takes up half the building. The sisters are negotiating with the University of Montreal to rent part of the building for its archeology faculty, Baete said.** The building is temporarily closed as renovations are made for a new permanent exhibit.

The convent at St. Boniface, where Baete lived and worked when she first became a sister after her nursing training at St. Boniface Hospital, is now a National Historic Site, open to the public. The Montreal sisters left their downtown convent for it to become dorms for Concordia University.

Baete said she is thankful past leaders had the foresight to sell off properties in the late 1990s and early 2000s so she and her team no longer need to worry about building upkeep and financing.

"I'm so glad that that burden is off my shoulders," Baete said.

She said she understands how difficult it could be for sisters to let go of the buildings.

"Some of these women, they've spent their whole lives serving God through these means, these buildings. And all of a sudden, it's taken out of your hands. So it's a real letting-go. It's a real challenge."

Now, the Grey Nuns leaders rent space for their retired sisters in apartments with access to health care, infirmary care and hospice care if and when need be. Baete said other congregations and laypeople live with the sisters at Les Appartements Square Angus, so their sisters are very happy to be there, living in community with retired diocesan priests who offer daily Mass.

"We just need to put it in the contemporary reality," Baete said. "I think it helps us to live more gracefully but more realistically, [knowing] that life is really a gift and you gotta make the best of it you can."

'New life will come out of this'

The Grey Nuns are not unique in their declining numbers and efforts to cut back.

Statistics from the Canadian Religious Conference indicate what Baete and the Grey Nuns are experiencing is common across the country. Between 2015 and 2017, the conference counted just over 13,000 religious, compared to more than 18,000 in 2011. In 2014, more than half of all religious in Canada were over 80 years old; only 1 percent was under 40, and there were only 40 novices in formation across the country.

In the past, Baete said, religious life was one of few avenues to offer women access to education and opportunity. Now, there are more ways for others, including associates and laypeople, to do the good work of the charism and perform actions that maintain the ministry.

For example, in Montreal, associates volunteer at the Accueil Bonneau, serving meals and offering clothing and personal-care items to those in need. Associates in Brazil have partnered with sisters to work with youth in local parishes and people living with HIV/AIDS in the community since mission work began there 60 years ago.

"What's really important for us is to be quite literate in what's going on in the church and in consecrated life and in society," Baete said, "to be able to decide accurately what's our responsibility and where are we called to serve according to the charism that we have received."

Before retiring, Baete worked in campus ministry for nearly 20 years. During that time, she said she saw excitement and interest in joining religious discussions and movements from young people. The form of religious life just seems to be shifting, she said.

These new movements have been studied in depth by Rick van Lier, a sociologist and researcher who spoke at a congregational leadership training seminar Baete attended at St. Paul's University in June.

In documents van Lier emailed to Global Sisters Report, he wrote that most new communities were formed after the Second Vatican Council (1962-1965), in the 1970s and '80s. Some follow traditional paths in celibacy, and others allow for marriage and welcome men and women as members.

These nontraditional "plurivocational" associations, which van Lier describes as "private or public associations of the faithful," do not commit to the same consecrated life. That's why van Lier says they may not be "admitted, for now, to the ranks of canonical institutes of consecrated life." But they are drawing interest from young people.

Baete said her older colleagues would love for a resurgence of traditional novitiates, "but that's not the reality of today."

Baete said older sisters have accepted the reality "that the Holy Spirit works in ways that are beyond our comprehension, beyond our expectation and that something new — new life — will come out of this in a way that will be a delightful surprise."

Baete said the Grey Nuns, with just over 230 members across their seven communities, are still able to sustain their own administration and have begun to help other smaller congregations, some of which only have 10 members. Baete and her leadership team help with administrative tasks, signing checks and advising on end-of-life care. Baete said their small congregations in Montreal and Manitoba are financially independent but no longer have leadership teams of their own to manage those finances or decisions.

Baete said the future is unknown, but she and her sisters accept that.

"It's not something that's clearly written out in defined lines, but every sister needs to have a voice and then we have to discern, what is the spirit saying in all of this."

*An earlier version of this story misidentified who runs the building.

**An earlier verison of this story incorrectly stated where in the process the negotiations are. 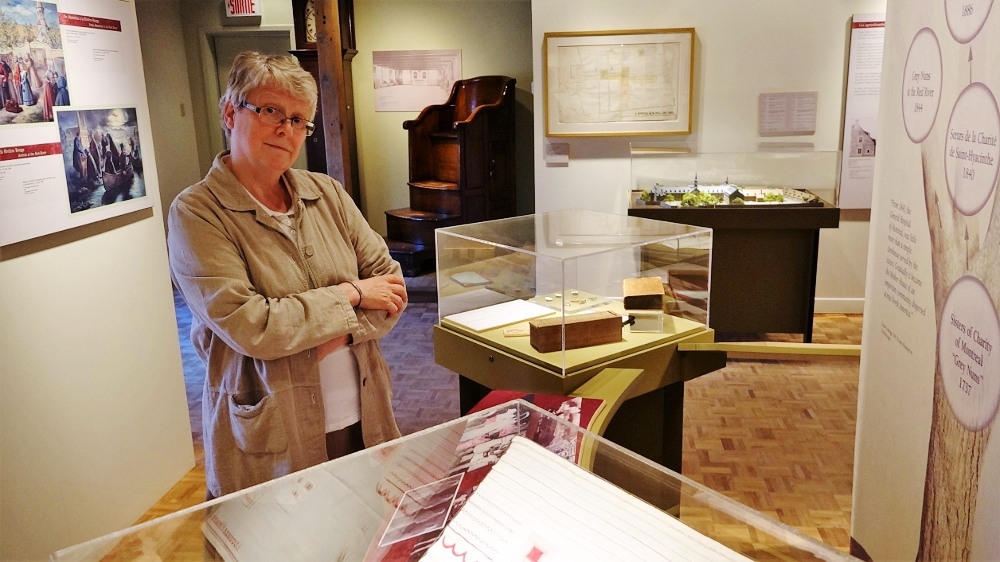 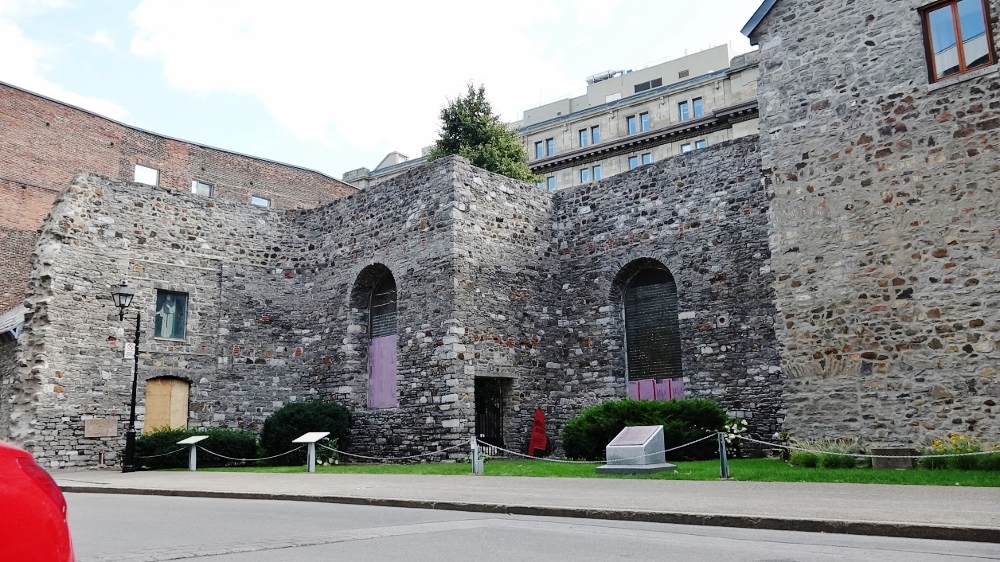 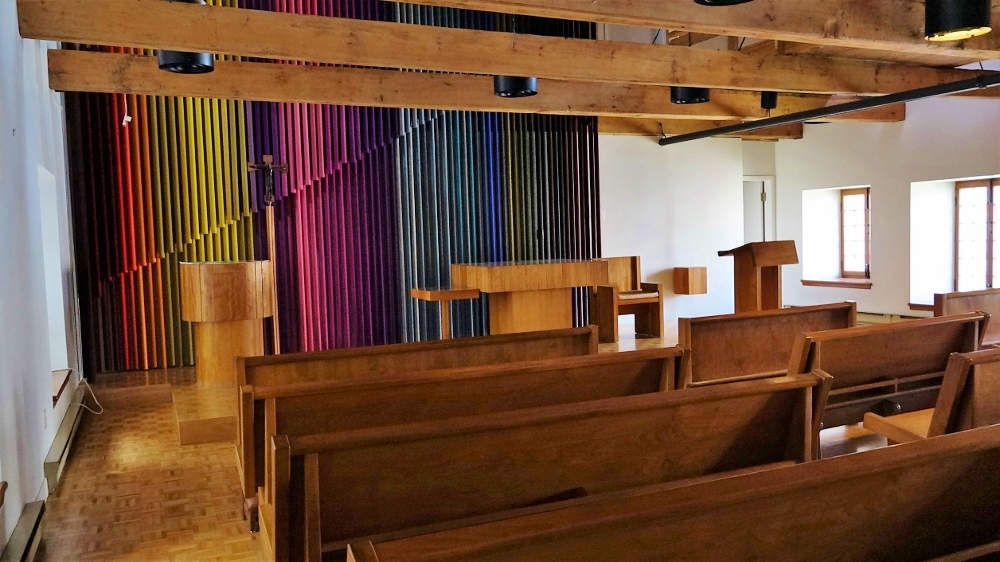 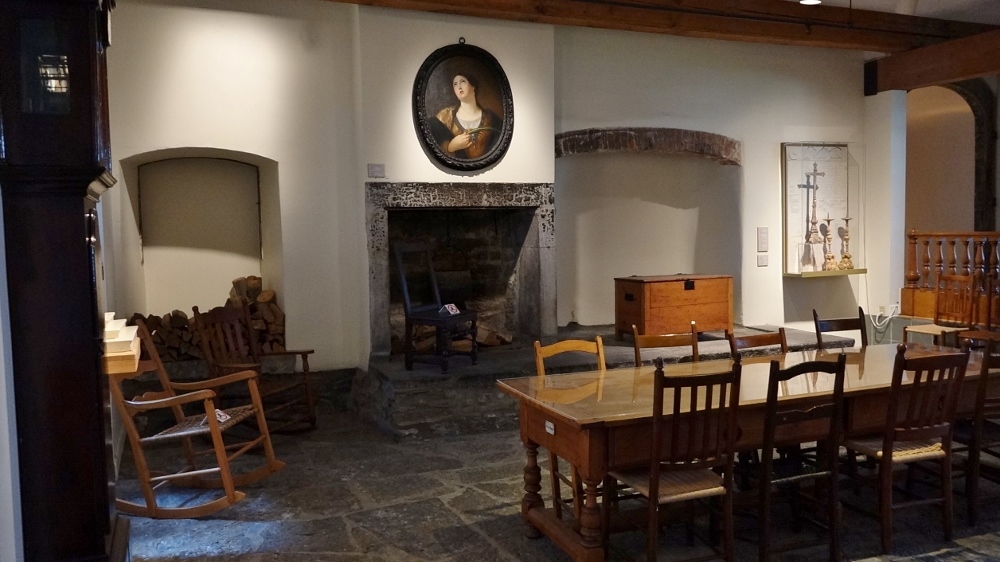