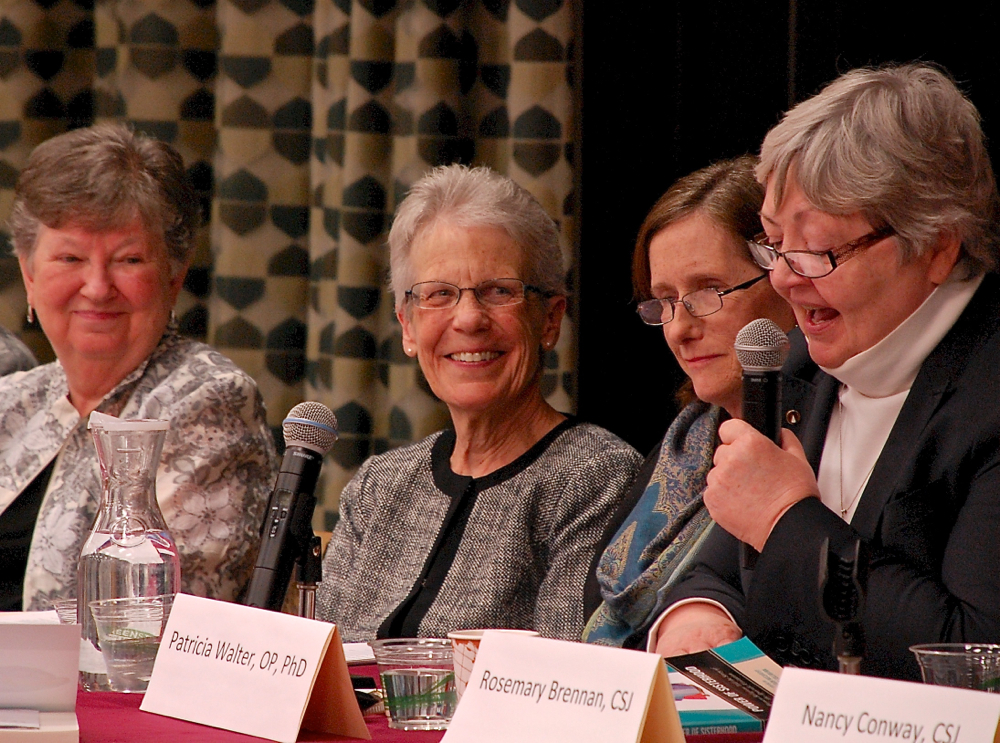 Chicago, Illinois — The view of women religious toward the Apostolic Visitation changed dramatically in the six years of the Vatican’s investigation, a panel of authors said Monday, but that happened because of their own spirit, not because of anything that occurred in Rome.

Ten of the 11 authors and editors, as well members of a group formed to gather data on the Visitation, gathered at Loyola University in Chicago to promote their book, Power of Sisterhood: Women Religious Tell the Story of the Apostolic Visitation.

Many spoke of how their attitudes changed over the six years of the probe into religious life, which was launched in 2008 by the Vatican’s Congregation for Institutes of Consecrated Life and Societies of Apostolic Life. The report from the investigation will be released Dec. 16.

Vatican officials initially said its aim would be to study the community, prayer and apostolic life of women's orders, but later said the investigation was in response to concerns regarding irregularities or omissions in American religious life.

“The Apostolic Visitation broke open the heart of who we are,” said Mary Ann Zollman, one of the book’s editors and authors. Zollman is a Sister of the Charity of the Blessed Virgin Mary. “It was met with disbelief and confusion. We were hurt and angry.”

But over the course of the investigation, which included questionnaires and on-site visits, something happened, she said.

“We have our own outcomes,” Zollman said. “It doesn’t justify the way it was done, but we found our mature voice. In speaking what we believe, we discovered our true selves.”

One of the things women religious discovered, she said, was that they were all sisters, regardless of which institute they belong to.

“This wasn’t about one religious congregation or religious organization,” Zollman said. “It was about all of us together. . . . It created a sense of solidarity and sisterhood. And the same was true with our relationship with the laity – we discovered a communal vision for the church and the world.”

Since the investigation began, both Cardinal Franc Rodé, who led the congregation conducting the inquiry, and the second-in-command, Archbishop Gianfranco Gardin, have left and been replaced by leaders seen as much more friendly toward women religious. Archbishop José Rodríguez Carballo, a Spanish-native and Franciscan, now serves as the congregation's secretary, and Brazilian Cardinal João Bráz de Aviz replaced Rodé as head of the congregation in early 2011. 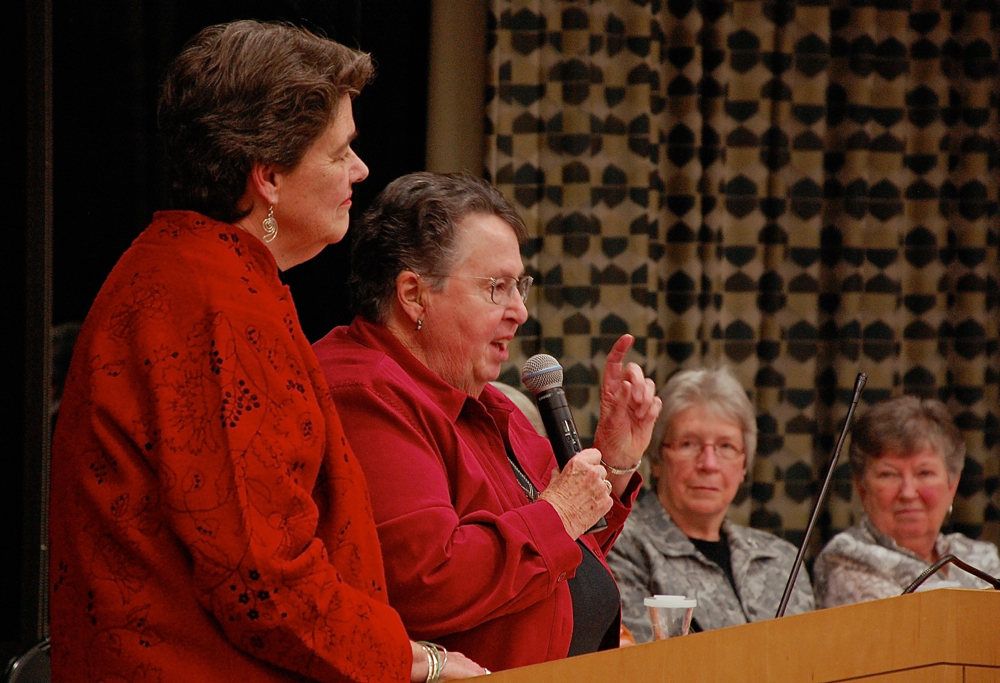 Loretto Sr. Donna Day speaks Monday at an event at Loyola University in Chicago promoting the book, "Power of Sisterhood." Day was one of the book's nine authors. To her left is Loretto Sr. Cathy Mueller, and looking on are Providence Sr. Nancy Reynolds and St. Joseph Sr. Jean Wincek. (Dan Stockman)

“[The process] renewed my whole passion for religious life,” said Blessed Virgin Mary Sr. Kathleen Conway, who was on the leadership council of her congregation during the Visitation. “Because you rethink everything you did and why you continue to do it and everything you believe in.”

Conway also talked about how the investigation united women religious.

“Because we had this one task to work on, there was a tremendous feeling of unity and affection for one another,” she said. “It was always there, but this brought it to the surface. It helped that the media always referred to us as ‘women religious,’ not just BVMs or CSJs. We all draw from the same source, just through different wells, different charisms.”

How dramatic was the change?

“It started out to be a horrendous thing,” Conway said. “But we learned to walk through the darkness together. . . . It was a powerful time.”

Dominican Sr. Patricia Walter, one of the book’s nine authors, told the crowded conference room that the Apostolic Visitation forced the question of whether there is only one type of religious life by which everyone should be measured.

If that’s true, she said, “Then you get the question of those who match and those who don’t: Good sisters and bad sisters,” Walter said.

She also noted that the church teaches the equality of women.

Margaret Cain McCarthy, who conducted a survey of women religious and analyzed the data for the book, said the survey showed quantitatively that attitudes had changed toward the Visitation. She quoted one survey response that said, “Grace did prevail, and I refuse to be fearful of the report to come.”

“Because the Apostolic Visitation turned our world upside down, I needed some tools to write,” Day said, “and the first tool I reached for was a bottle of Tums antacid.”

Zollman concluded the evening by reflecting on the Gospel story of the visitation of Mary to her sister Elizabeth and the radical change that came about in the world because of their womanhood.

“They sing into being the subversion of all oppressive structures,” Zollman said. “And for Mary and Elizabeth, and all who came after them, nothing will ever be the same again.”

Q & A with Sr. Deborah Borneman

GSR's The Life: God's designs were made known

For religious, God's love is worth more than any earthly good, pope says