Daughter of Charity Sr. Carol Keehan, speaking before graduates of the Jesuit School of Theology of Santa Clara University May 25, encouraged them to keep the Gospels front and center in their academic pursuits while avoiding simplistic solutions to the various problems facing the church today.

She called the sex abuse scandal and episcopal cover-ups "an unprecedented crisis of historic proportions," saying they stem from attitudes of imperialism inside the church and not strictly from its clerical structure. "I propose that we do not need to focus so much on clericalism as on imperialism in the church," she said.

Keehan, who received an honorary degree, is the retiring president and CEO of the Catholic Health Association. She was cited in 2010 as one of Time magazine's "100 most influential People in the World" and by National Catholic Reporter as its "Person of the Year" for her interventions in helping pass the Affordable Care Act. 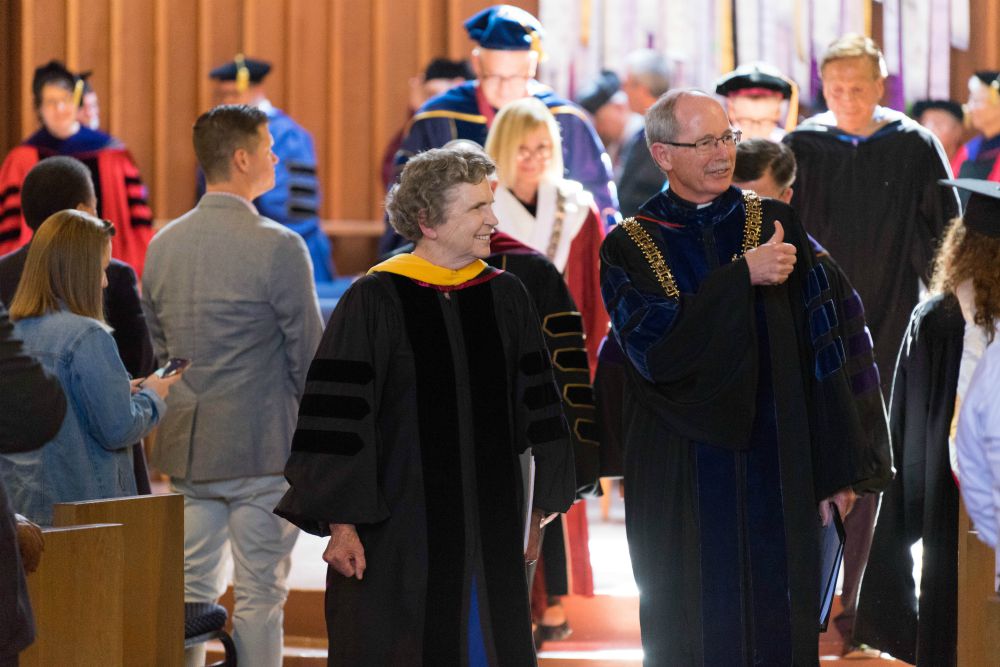