When you head to Mass this Sunday, chances are you will hear the intention "an increase in vocations to the religious life" lifted up before the gifts are presented.

A recent survey suggests those prayers might be getting answered.

The Center for Applied Research in the Apostolate (CARA) at Georgetown University, a nonprofit that conducts and publishes social-science research on the Catholic Church, just released findings of a national survey of men and women who in 2018 professed perpetual vows in monasteries, provinces or religious congregations based in the United States, and the results suggest an increasing number of Catholics are willing to pursue this kind of obligation.

Senior research associate Mary Gautier told CNS in a phone interview that CARA "(was) able to identify 240 persons" taking perpetual vows, "up from 200 the last time we did the survey."

Of these 240 identified women and men religious, a total of 92 sisters and nuns and 70 brothers and priests responded to the survey by Jan. 13.

CARA asked the organizations for the contact information of their respective communities planning to profess perpetual vows in 2018. After several follow-ups, CARA reported receiving a response from 530 of 753 major superiors, then in turn contacted the professed men and women by email or mail to explain the project and ask them to complete a brief survey.

While the uptick isn't hard evidence that the religious life is generally expanding, Gautier said that the greater ease in finding respondents who had committed to perpetual vows was certainly "good news."

And even better news is the fact that men and women taking perpetual vows are choosing their paths despite getting conflicting advice from a number of sources.

One of the survey's most salient discoveries was that the respondents largely "(didn't) receive universal support" for their vocational dedication, according to Gautier. The news release indicated that 78 percent of those surveyed reported "that someone encouraged them to consider a vocation to the religious life," but 51 percent — also a majority — said that they had been talked down from it.

Gautier related that "friend(s) or school classmate(s)" were usually responsible for the discouragement, while affirmation of taking perpetual vows was likely to come from a "friend, parish priest, or religious sister or brother."

When asked for reasons why some would be told to reconsider such a decision, Gautier explained that "everybody says 'That's great!' " to nonreligious callings such as medicine or law, and from a cultural perspective the influences "out there in secular society and in popular media" could make the religious life look less attractive.

And yet, the numbers of those taking perpetual vows in religious life seem to be growing.

So what might have convinced these people, against the prevailing cultural norms, that the perpetual life was right for them?

According to the study, vocation programs are probably part of the answer, which include encounters where men and women considering such a path can visit an institution and "try it out" for a week or weekend. As the news release noted: "Nearly all of the religious of the profession class of 2018 (88 percent) participated in some type of vocation program or experience prior to entering their religious institute."

Gautier also emphasized to CNS the growing racial diversity of the 2018 class. She noted that around one-third of those surveyed indicated that they belonged to a minority group, primarily Asian or Hispanic.

And this, she said, was evidence of homegrown interest in the religious life as opposed to some coming from other countries to join institutions in America. According to her, "Seven in 10 of the professed are U.S.- or Canada-born." 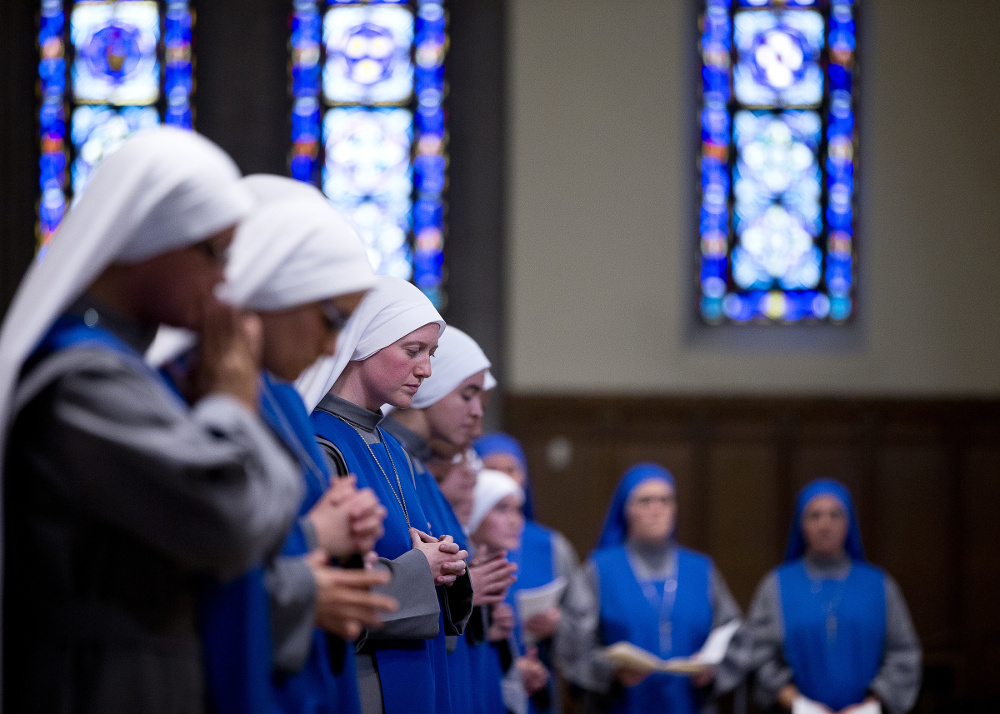