A year that began with one kind of uncertainty is ending in another for one of the world's most strategic countries.

Strikes, school closings and street-protests led by the nation's opposition political party marked the start of 2015 for Bangladesh — a wobbly and uncomfortable moment for those who experienced it, said Maryknoll Sr. Miriam Perlewitz, who is based in Dhaka, Bangladesh's teeming and crowded capital.

The year ends on a quieter note, though with security fears and growing worries that a predominately Islamic country founded on secular principles is facing threats of intolerance and Islamist-inspired violence.

The murders of several prominent bloggers who had advocated for free speech and, as well, an Italian humanitarian worker and Japanese national whose deaths were attributed to the Islamic State group (ISIS) have set the country on edge, as has the recent attacks in Paris (Nov. 13).

That comes on top of the earlier political demonstrations by the opposition BNP party which is no fan of Prime Minister Sheikh Hasina. The prime minister's main rival, Khaleda Zia, has accused the prime minister of governing as if she is a monarch — and has even compared her to Adolf Hitler. Hasina, the daughter of the first president of Bangladesh, has cultivated an image of a world leader who champions the cause of fighting poverty both at home and globally.

Political unrest has taken its toll. The World Bank estimates the two months of strikes and disruptions early this year seriously harmed Bangladesh's economy — some $2.2 billion, about 1 percent of Bangladesh's gross domestic product.

"It is not easy at this moment, and people are fearful," Perlewitz said in an interview from the Maryknoll Mother House in Ossining, New York, during a home leave earlier this year.

Pitched political battles between the feuding factions impaired day-to-day life, and with so much to be done in a struggling but still hopeful nation, questions remain about how the country will face its mounting challenges. "It is a big struggle, a very big struggle," said Perlewitz, whose mission work as a Maryknoll Sister is focused on education.

A commitment to education, as well as to health and overall humanitarian work, as well as to spirituality, has been central to the work of Catholic sisters in Bangladesh, and is a key element of the outsize contributions the very small Catholic community of Bangladesh has made to the country.

It is a legacy that Sr. Pushpa Teresa Gomes and the other members of the Congregation of the Sisters of the Holy Cross, who run the flagship Holy Cross College, point to with immense pride.

On  an afternoon when a very hot, humid and prolonged summer was just beginning to break following the Muslim celebrations of Eid al-Adha, Gomes — the congregation's Asia coordinator — reflected on that legacy. She spoke during a moment when the demonstrations and protests of the early part of the year had quieted down but concerns were growing "that there is a lot of uncertainty underneath."

"Our people are more liberal Muslims," she said of Bangladeshis overall, "but fundamentalism is coming into the country gradually."

She and others acknowledged that Bangladesh is a country that in many ways is at a crossroads, debating its future and the meaning of its past.

The past has been turbulent.

In the wake of Great Britain's ending its colonial rule over India, the country was first known as East Pakistan, created during the Partition of 1947 in which two Muslim territories were formed at either end of India — a bifurcation that most observers now say never made much sense.

The number of those who died in the war is still debated — some estimates put the number of dead as high as 3 million. The conflict created a massive refugee crisis affecting millions, as well as charges that the United States, in effect, supported a military-sponsored genocide.

Henry A Kissinger, Nixon's national security advisor and a central figure in the controversy, famously characterized Bangladesh as "a basket case," a criticism that still colors perceptions of the country. That may be changing, however, with a growing economy, higher levels of income, lower levels of poverty and increased global awareness of the country's hard-working and industrious work force. (Bangladesh is one of the world's largest manufacturers and exporters of clothing, and protecting garment industry workers — about 80 percent of whom are women — is now a prominent national and international cause.)

The pro-market publication The Economist has suggested that one of the reasons for Bangladesh's growing success has been the nation's commitment to improving the status of women.

"This was partly deliberate policy (the country invented microcredit and these tiny loans were targeted at women). And it was partly an unintended consequence of other things," The Economist noted in a 2012 report, including family-planning programs. That both reduced birth rates, the report noted, but also had the effect of raising "the status of women within the household since it was they who now controlled the size of the family."

The growth of the garment industry was also a factor here, as women's incomes rose. "Women are much more likely than men to spend money on their family's health, education and meals, so child welfare rose," The Economist pointed out, noting that "Bangladeshis can expect to live four years longer than Indians even though they are much poorer."

More than three-quarters of Bangladeshis were born after 1971, but the effects of history cannot be discounted. For those in their 50s and older, the war with Pakistan was a traumatic and searing experience, and out of that trauma came a commitment to a society of democratic and secular values — something that is palpable when talking to those like Gomes, 56, and Benedict Alo D'Rozario, 60, executive director of Caritas Bangladesh, the Catholic humanitarian network.

"There is a feeling of insecurity," D'Rozario said, noting that the rise of religious fundamentalism is a concern, and that some of Bangladesh's small Christian community are eyeing leaving the country.

At the same time, D'Rozario and others cherish the grass-roots solidarity and comity that exists among Muslims, Hindus, Buddhists and Christians. And he and others believe there is still a critical mass of Bangladesh citizens across religious lines who support the principles of "freedom, justice and tolerance" and who do not favor a formalized Islamic state, as in Pakistan. (More than eight out of 10 people in Bangladesh are Muslims; Hindus, roughly 15 percent of the population, are the largest religious minority, followed by Buddhists. Christians make up less than 1 percent of the population.)

"They have been our protectors," D'Rozario said of those of other faiths who have who worked and lived among religious minorities. He noted with pride that three-quarters of Caritas' employees in Bangladesh are non-Christians.

Similar comparisons  animate Gomes as she talks about the secondary and collegiate education provided at Holy Cross institutions, schools often compared to the U.S. Ivy League. One priority? A broad education emphasizing respect for all of Bangladesh's religious traditions that is grounded in Catholic teaching and what Gomes calls overall "human values."

"We are Bangladeshis," Gomes said of the country's small Catholic community, which has made contributions to society far in excess of its small numbers. "We are so small that even if we only served ourselves, we would not do good for ourselves because we'd be separated (from the rest of society)."

The commitment to a Bangladesh of secular values is not only shared by those of an older generation. One 18-year-old Muslim Holy Cross student said the school's emphasis on respecting Bangladesh's various religious traditions is to be cherished. "We're all humans," said Kaifi Sultana, "and that's a basic truth."

Attempts to politicize religion, Gomes said, only worsen the climate in a nation where, despite progress on many fronts, there are so many day-to-day challenges. It is becoming increasingly hard, for example, for residents in rural areas to make a living, leading to mass migration to urban areas like Dhaka and Chittagong, Bangladesh's "second city." Climate change is exacerbating the problem: given its coastal location, Bangladesh is particularly vulnerable to crippling floods.

"Our land is often only known for disasters, for natural disasters," said Bishop Moses Costa of the Chittagong Diocese.

Migration means more pressure on urban infrastructure in an already crowded environment: In Bangladesh, more than 165 million people, roughly half of the size of the population of the United States, live in an area the size of the state of Iowa.

Costa sees continued income inequities as an ongoing challenge and hardship. Yes, he said, things are improving in many ways for Bangladesh, but poverty in rural Bangladesh — incidentally, the home of indigenous groups, many of them predominately Catholic — remains a critical problem, he said. A gap still exists.

"Inequality is growing between rich and poor," he said. "A lot of people are 'unattended.'"

Salesian Sr. Zita Rema, who works with Bishop Costa in pastoral efforts, says the struggles are real. "It's difficult. Many people are suffering."

Still, day-to-day life is undergirded by hopes for a better future.

Lipti Costa, 28, and her husband, Hillary Costa (who are not related to the bishop) have two children, ages 5 to 9. Nearly two-thirds of the family's income from Hillary's restaurant job in Chittagong, goes toward rent. There is no gas or running water: A pump 30 feet away supplies water twice a day. There is at least electricity in the house.

The family remains in Chittagong because there is effectively no work in the rural area of Moymensingh, where the family has roots. The couple's dream? Education for the children. It is a constant refrain: not only are there few jobs in rural areas, but schooling remains spotty. So, staying in an urban area makes sense — there is far better access to education.

The future is in urban Bangladesh, Lipti Costa said. In a year of uncertainty, "the city is good." 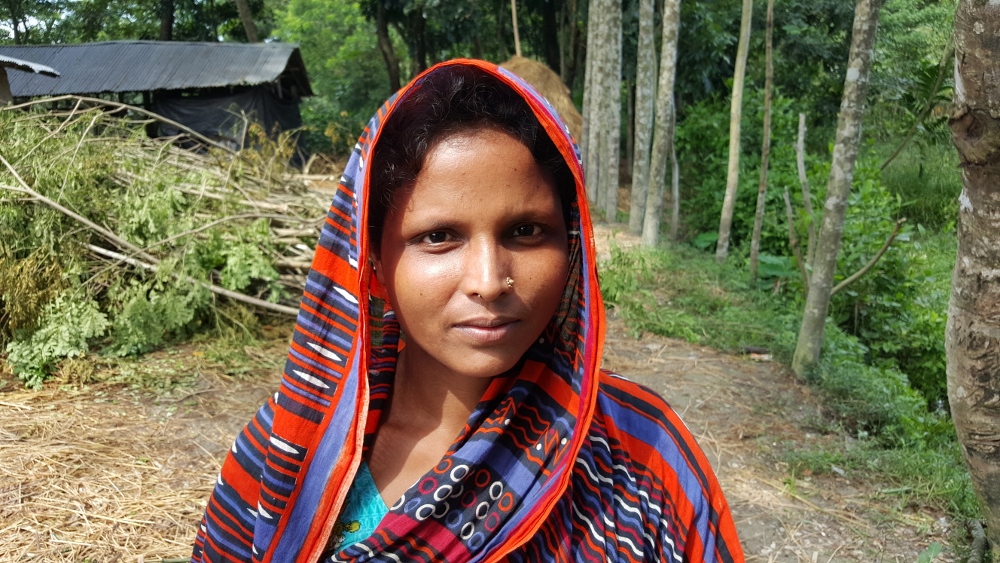 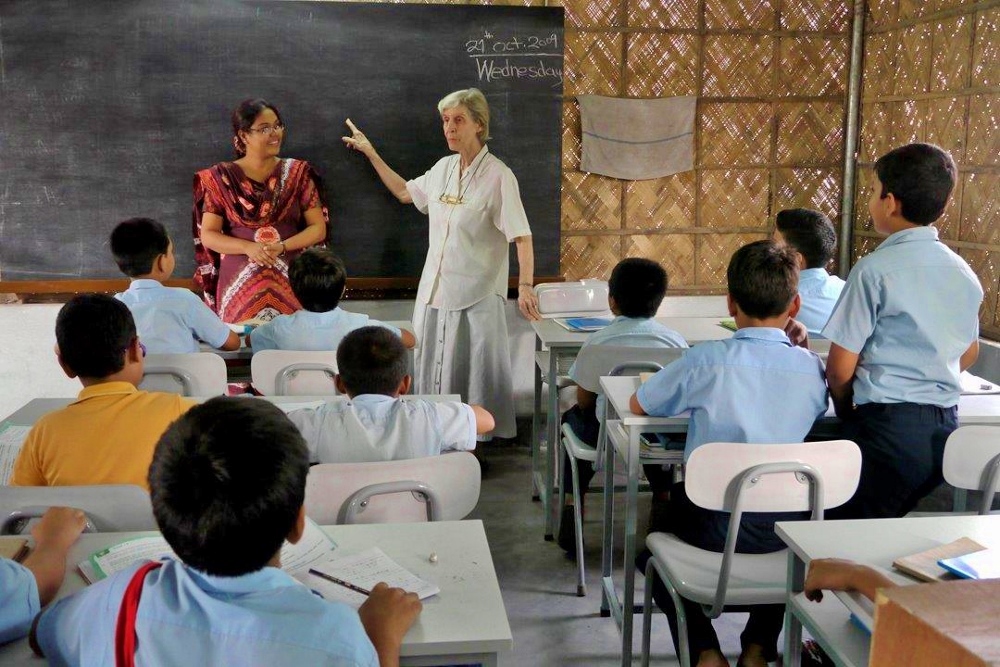 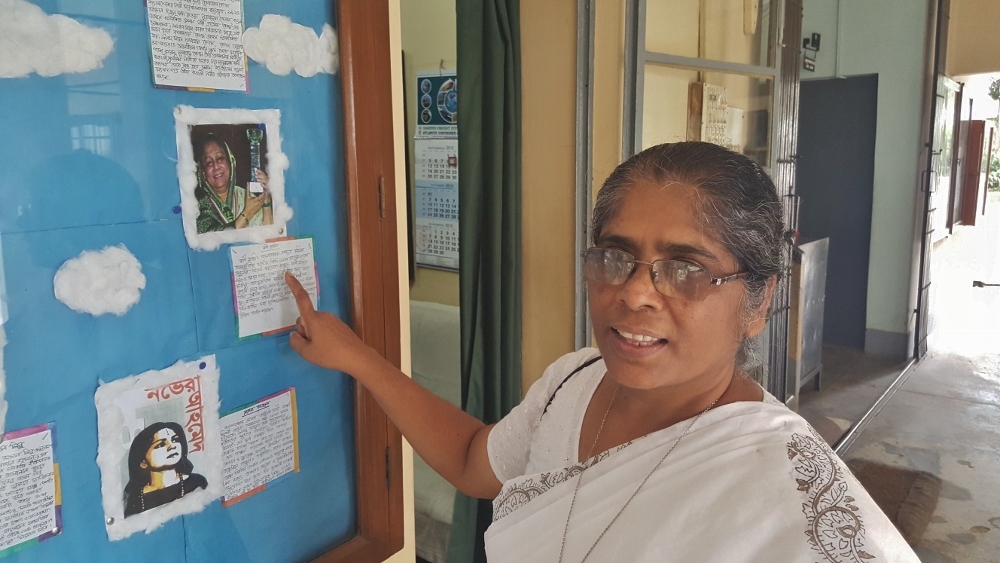 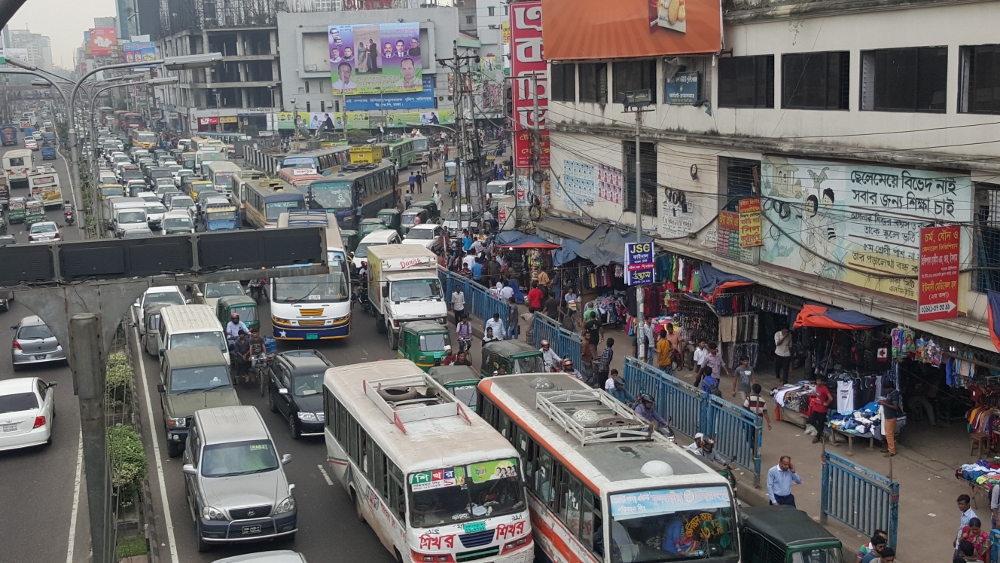 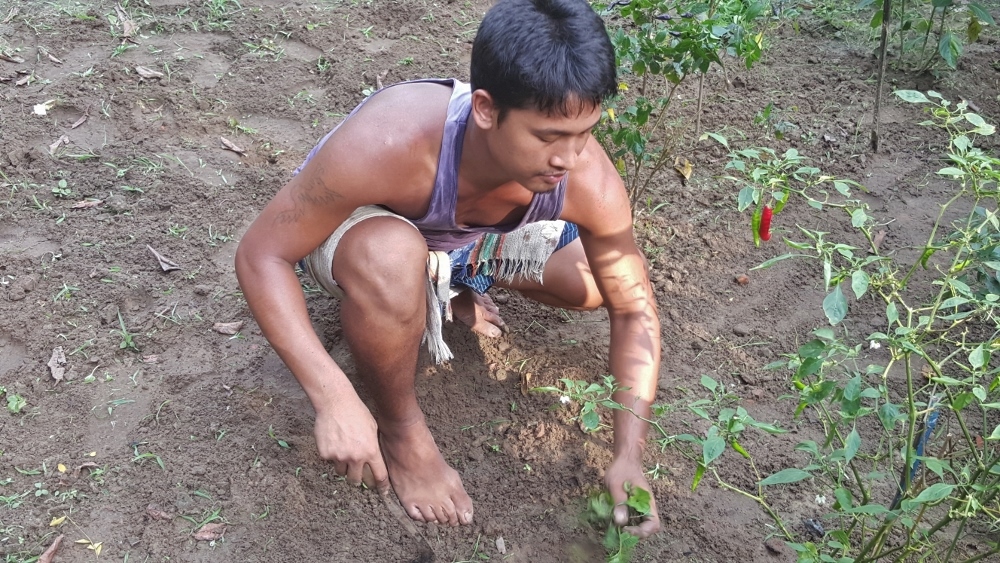 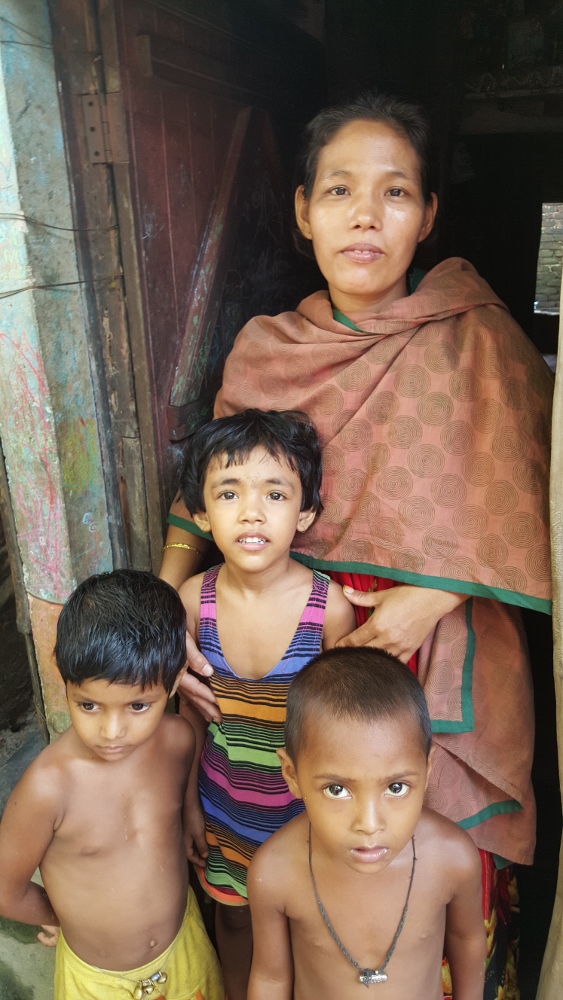