Ask Sr. Mary Johnson to draw a picture of a successful religious institute 20 years out. She doesn’t mention whether it’s liberal or conservative, where it is, how big it is, how old its members are or what they are wearing.

In her picture, it’s the connecting that matters.

Successful institutes, Johnson said in an interview, will have broad and deep networks that allow them to respond to the needs of the local and the global church. Ministries to young adults and teenagers and ministries to the wider population will reinforce each other and keep charisms fresh and relevant.

“I like to quote Teilhard de Chardin when he says, ‘The future belongs to those who give the next generation reason to hope,’” Johnson said, going on to describe “hopefully a vibrant mix across generations that will enhance the mission of that organization and lead it into a future.”

“So that, to me, is the driver, Johnson continued, “and everything else, in terms of symbol, in terms of structure, comes from the organization being in touch with the new generations around it and their hopes. The communities (religious institutes or congregations)* that are intergenerational will go forward, and the communities that are in touch with the hopes and desires of a new generation around them will be able to attract new members.”

Unlike some predictions about the future of religious life, Johnson’s vision flows from statistical analysis. Relying on two major studies of women religious conducted 10 years apart, Johnson, along with Sr. Patricia Wittberg and Mary Gautier, look at the experiences of women who entered religious life in the United States after 1965 in a new book, New Generations of Catholic Sisters: The Challenge of Diversity. (Oxford University Press, 2014; $29.95)

At 141 pages of text (with some 60 more in research sources, references and the two surveys themselves) New Generations is both focused and compact. But spinning off its statistical analysis are conversation-starters for at least a month of Sundays:

The authors carefully present more detail than can be easily summarized, on findings as precise as the generational appeal of daily Eucharist compared to Liturgy of the Hours and as broad as the revitalizing influence of religious institutes over centuries.

First, the authors describe a number of explanations given for the predicted demise of religious institutes (which are also known as religious orders and congregations). They then lay out basic, statistical findings about vocations in the United States, which include:

An important message may be tied to that last statistic.

I asked: Is that heartening?

In a second telling area, the authors analyze generations of Catholics, broken out in four distinct groups:

Among other differences, young adult Catholics are less likely to “accept the Church’s teaching authority on moral issues such as divorce, contraception, abortion, homosexuality and nonmarital sex” or value a celibate clergy, attend Mass regularly or engage with parishes.

"Regarding the 90 percent of Millennial women who are emphatically not interested in traditionalist religious life, a lot have left Catholicism altogether,” Wittberg said in an interview. “This is the first generation for whom there are fewer women than men interested in remaining in the Catholic church, or in serving as vowed religious. I can't emphasize how ominous this is.”

A third area looks at how to connect religious life to younger women. Given that they are less connected to the church, what does religious life offer?

“What I would hope,” Wittberg continued, “is that versions of religious life could develop and thrive that would offer Millennials a sense of community and contemplation. They do seem to want community and contemplation, which might keep them in the Catholic church. For Post-Millennials, It may be too early to tell what they want, but there is a growing sense of the problem of increasing class inequality in the U.S., so service to the poor may attract them."

And how can institutes connect to young women who do say they have thought about religious life? A 2012 CARA study reported that eight percent of Millennial women considered a vocation at least “a little seriously.”

The authors’ suggestions cover a lot of ground. Create more opportunities for women of different generations to get to know each other. Get better at inviting women to religious life. Encourage institute members “to articulate a charism that provides a sufficiently distinctive group identity but is also sufficiently encompassing to appeal to a wide range of potential entrants” and still maintain unity among members.

New Generations of Catholic Sisters holds a lot of warnings around demographic trends and reports that  “. . . the future of religious life in the United States would appear to be in peril – unless concerted efforts are made to reach out to those who, surveys tell us, have considered religious life but did not choose to enter it.”

Still, Mary Gautier, from CARA, has another message.

“The primary thing we would like people to take from this book,” Gautier said in an email, “is the realization that religious life is not going away, but it is transforming.  The Holy Spirit continues to call women to religious life, and the women who are attracted to religious life are responding to the prayer life, the community life, and the ministry, just as the generations who have responded to that call in the past did.” 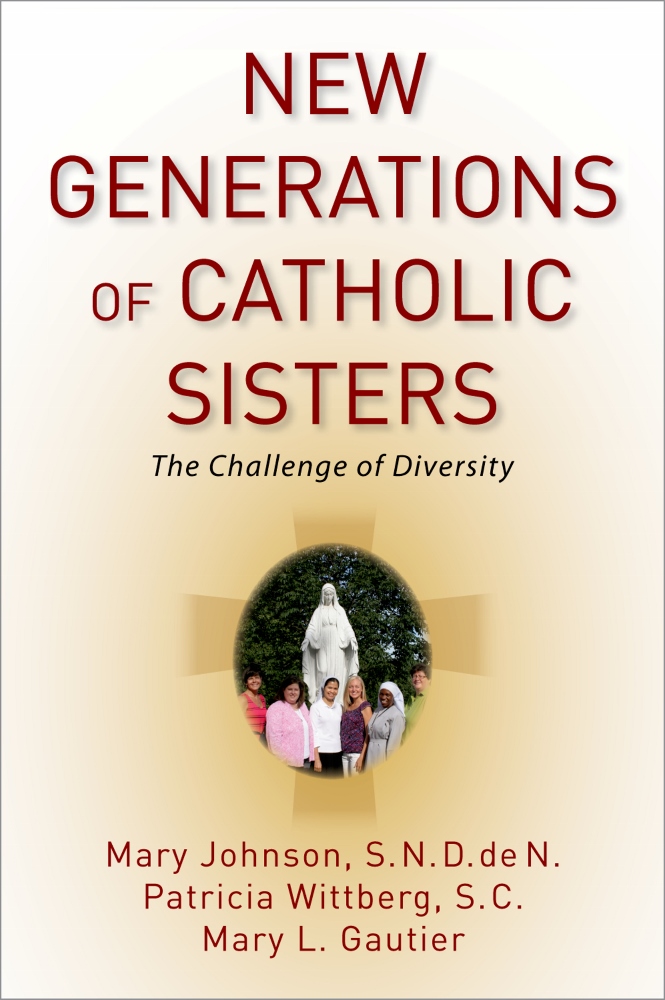 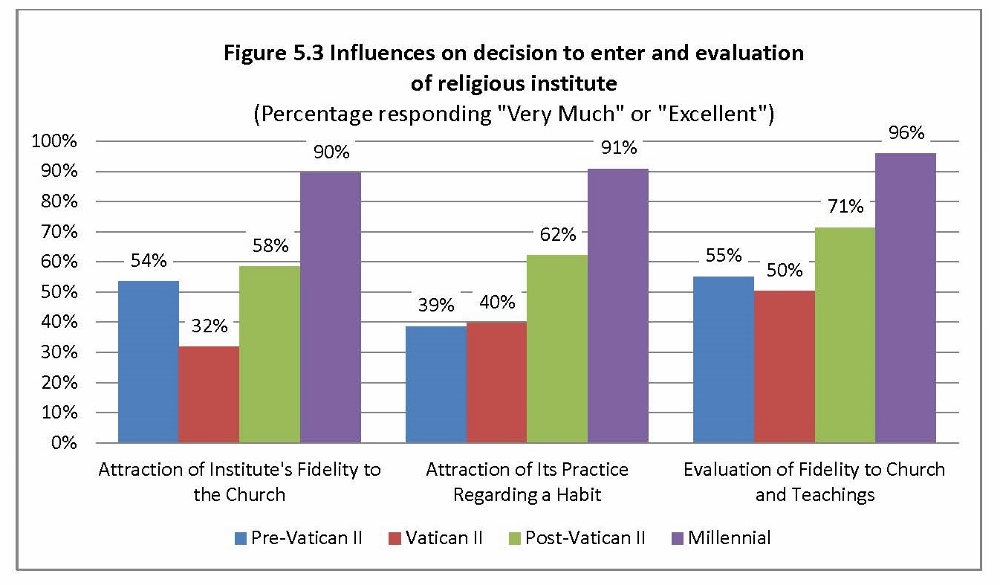 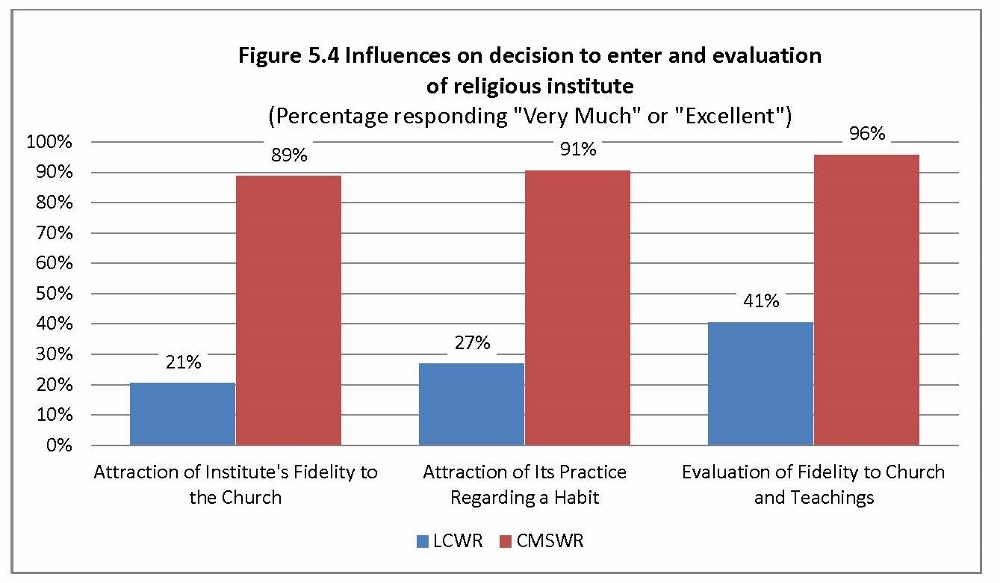 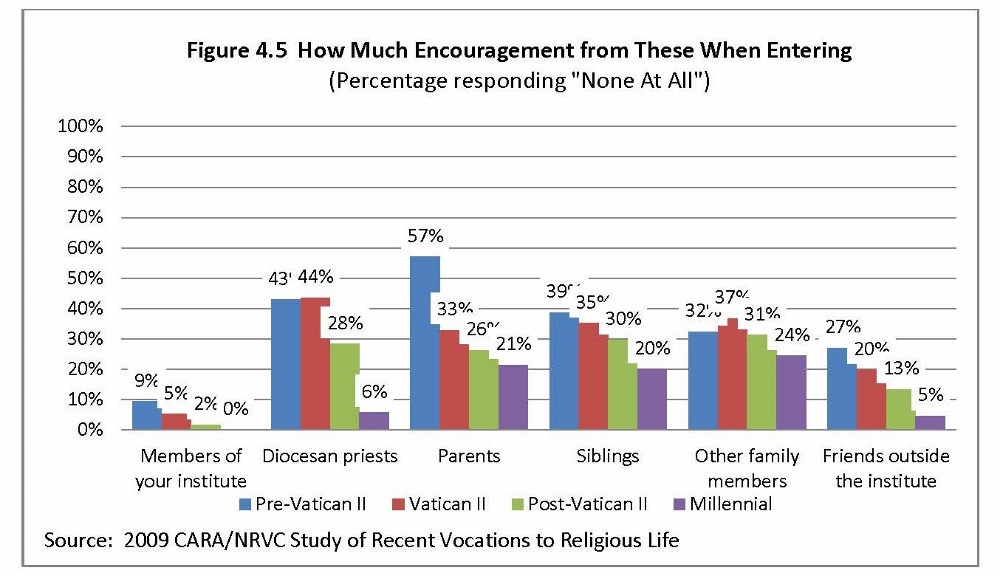 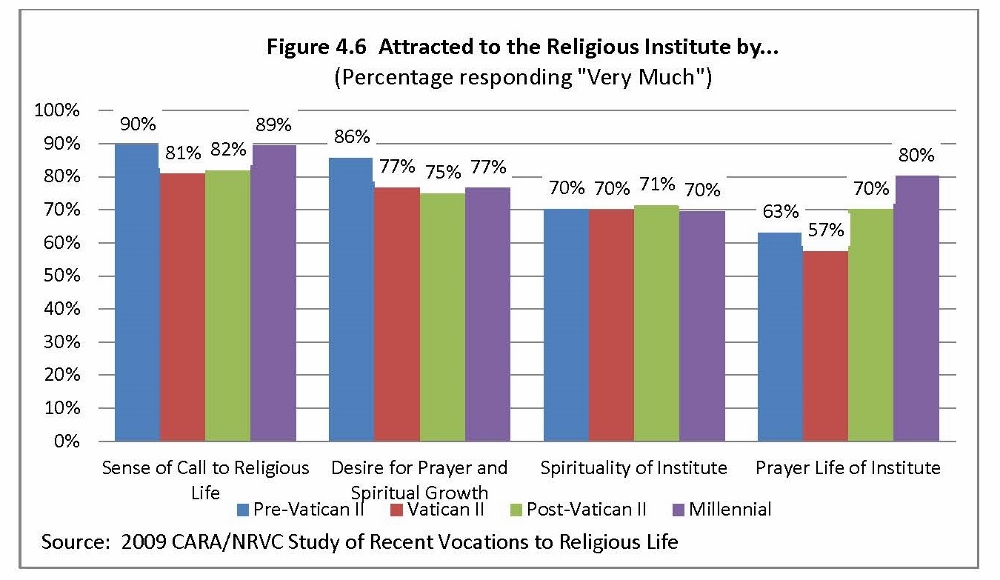