In the 1970s, second-wave feminism in the United States was having a moment.

In 1971, the Supreme Court ruled that sex discrimination was unconstitutional, and Congress established Women's Equality Day. Two years later, feminist philosopher Mary Daly published her book Beyond God the Father, and by the end of the decade, women across the country were participating in annual Take Back the Night marches to protest gendered violence.

At the time, women's issues were all the rage, even in academia, said economist and St. Joseph Sr. Mary Oates.

"My colleagues were writing about women scholars and professors at Wellesley College, Smith College and Bryn Mawr. They were talking about women in settlement work, like Jane Addams in Chicago," she told Global Sisters Report at the Conference on the History of Women Religious, held June 26-29 at Santa Clara University, where she moderated a session on women religious claiming their own theology.

"I was thinking to myself, 'My! The nuns have been teaching in colleges since the 1890s. They've been caring for children in orphanages and hospitals since the late 17th century.' And nothing was being published about them," she added.

Inspired by Dominican Sr. Mary Ewen's 1971 dissertation The Role of the Nun in Nineteenth-Century America — a study she calls "revolutionary" — Oates went to work using her economics skills to unearth the tale of how Catholic sisters in the United States organized their resources to care for the country's Irish, Italian, German and Polish immigrants in the 19th and 20th centuries.

Oates would soon find others on the same mission to study academically the history of women religious.

In 1980, Jay Dolan, then director of the Cushwa Center for the Study of American Catholicism at Notre Dame University, started talking to School Sister of Notre Dame Clare Fitzgerald, then president of the Leadership Conference of Women Religious, about creating a conference for scholars interested in women religious. In 1987, the Cushwa Center hosted a colloquium to start mapping out what would become the Conference on the History of Women Religious.

Oates and Ewens — who was the associate director of the Cushwa Center at the time — were at the colloquium, and two years later, both women were at the first official gathering of the Conference on the History of Women Religious in St. Paul, Minnesota.

Today, the conference boasts more than 400 members from around the world. Those who are able meet every three years in the United States to discuss the latest research in the field and, between gatherings, the group publishes a semiannual newsletter to keep members informed.

At the most recent conference, the group's 10th, scholars presented papers to the approximately 100 attendees on topics like pioneer sisters in the American West, the makeup of international sisters now in the United States, and how the concept of the "modern girl" changed religious formation in 20th-century Great Britain.

Members also devoted much attention during the week to the organization itself. For instance, a roundtable discussion on the future of the history of women religious as an academic field quickly became an impromptu strategic planning session when current Cushwa Center executive director Kathleen Sprows Cummings used her time on the panel to talk about the future of the conference, specifically the need to create an endowment and to generate revenue if it's going to continue.

Cummings suggested that the conference start charging membership dues, which it has never done, and perhaps change its name to the more academically inclusive Conference on the Study of Women Religious. The idea seemed to be met with overall support.

Elizabeth McGahan, a history professor at St. John's campus of the University of New Brunswick, supports both increased outreach efforts and the hypothetical name change.

"This organization is at a crossroads," she told GSR. She said she supports anything that would help the conference better market its obvious worth to potential new donors and members.

"This is the only place in North America where you can meet people who are tuned into this subject," she said. "There's no such thing as a bunch of people at the American Catholic Historical Association talking about nuns."

However, judging by this year's speakers, the Conference on the History of Women Religious is already moving toward a more academically diverse place. Two of the most enthusiastically received speakers were not historians: University of Ottawa criminologist Christine Gervais, who presented a paper on the spiritual innovations of former sisters, and New Testament scholar Sandra Schneiders, an Immaculate Heart of Mary Sister, who gave the closing keynote June 29.

In her message, Schneiders advocated for a way of writing history that was not only interdisciplinary but that also required the historian to interpret truth rather than to simply record fact. The mandate is the same, she said, in her own field of biblical interpretation.

"Many decades of biblical scholarship have been spilled in obsessive efforts to establish whether Jesus actually did this or did that, spoke exactly these or those words, or even such words," she said.

"Only recently have we begun to realize that those questions are much less important than whether these texts capture and transmit what Jesus truly meant," she added.

"The Gospels are not scientific accounts giving us absolute knowledge about objective historical facts," she said, "not because such texts could not have been written, but because such facts are not what we need."

St. Joseph Sr. Patricia Byrne, a historian, agreed with Schneiders. She said history in general — and the history of women religious in particular — has the power to shape humanity.

"Why is history important? Because it teaches us what it means to be human," she said. "We have a record of who we were at certain times and what we were able to do." 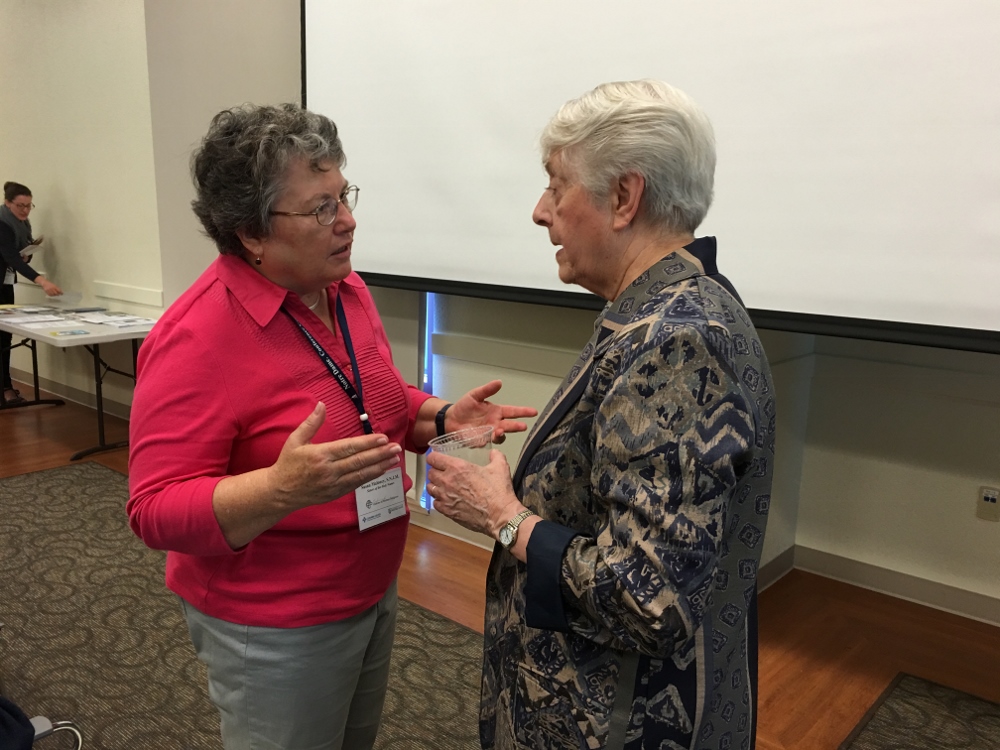 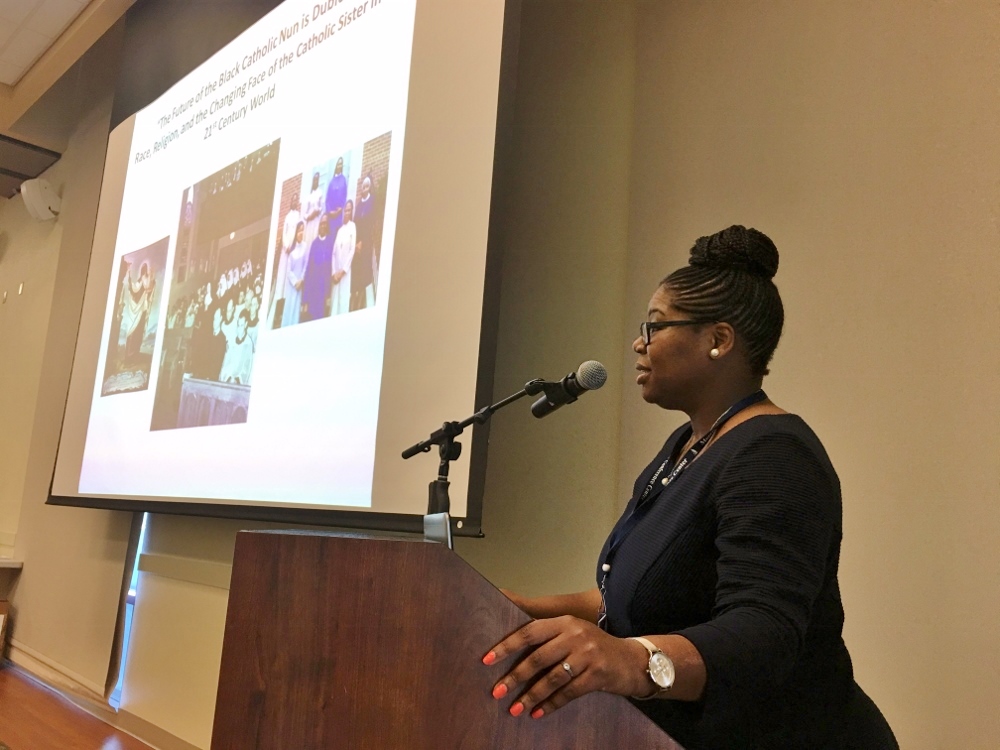 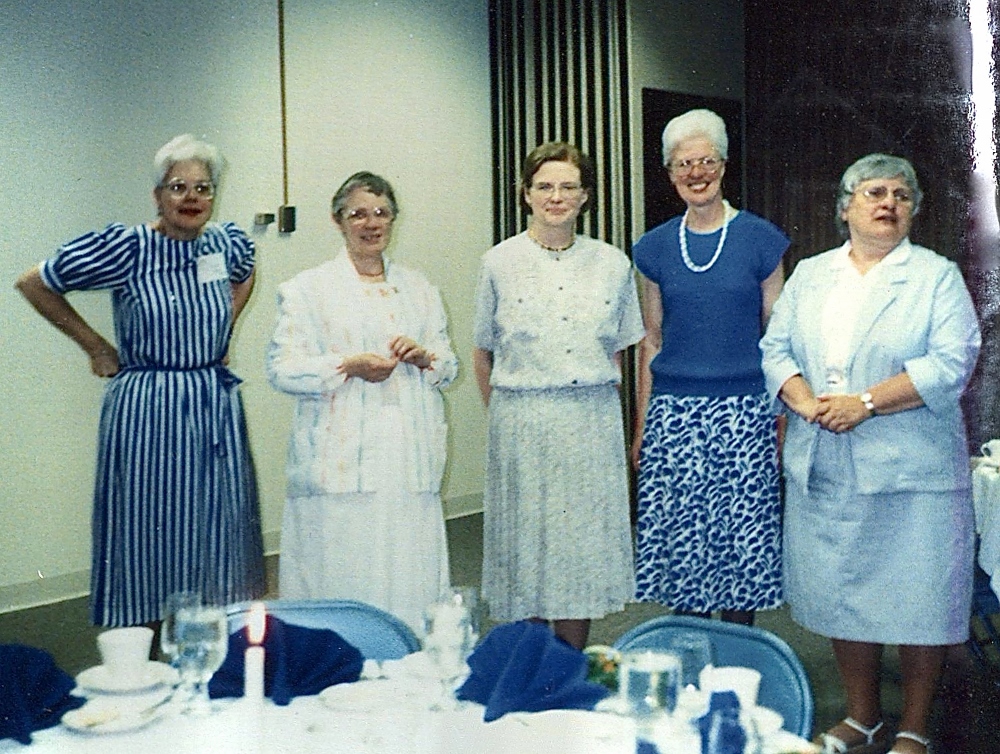