London's Old East Village is known for its eclectic shops and restaurants, artsy vibe and nonprofit social services. It was also a food desert for many years: With no grocery store in the area, the lower-income permanent residents had no easy way to buy fresh food.

"They couldn't keep a grocery store down there. Nobody wanted to work down there because [people on the street are] poor," said Ursuline Sr. Theresa Mahoney. Those with higher incomes to support a grocery often avoided living in or even visiting the area.

But thanks to Pillar Nonprofit Network, a London-based organization for regional nonprofits and local residents who want to make a positive impact on their neighborhoods, the Old East Village Grocer opened in 2016. The grocery store was the first organization to receive money from Pillar's Start Up Fund, backed by an Ontario government grant, a fund that Mahoney's community, the Ursuline Sisters of Chatham, donated $100,000 to.

The Old East Village Grocer now offers prepared food and fresh ingredients to the neighborhood seven days a week. Many grocery staff gain hands-on skills to improve their employability as they cycle through the Grocery Skills Program organized by the store's parent company, ATN Access for Persons with Disabilities, which offers training and opportunities to people with various barriers to employment.

"It's been a fantastically important and successful investment," said Paul Seale, the store's assistant manager. "It's given opportunity to dozens and dozens, to make that transition from unemployment or classroom retraining to working and interacting in a live environment with real customers."

Mahoney and her sisters "got their feet wet" with that initial donation before investing $400,000 in Pillar's new Verge Breakthrough Fund, which loans money to regional startup social businesses that give back to the community or help people elevate their lives while repaying the investors' loans with interest.

Through impact investing, the sisters are able to put money directly into startup companies or organizations that create a positive social or environmental impact along with financial returns as they grow. It's a newer way that more Canadian religious communities have found to help people while generating income to support their aging sisters.

The concept of investment versus donation means the sisters get returns and can therefore continue living and giving.

"We don't just do this because it's a good thing to do," Mahoney said. "It is that, but it's also good for us. It brings us financing we need, and it gives us joy."

From living simply to investing to live

Until about 40 or 50 years ago, Mahoney said, the Ursuline sisters were the ones asking for donations to survive and create new programs.

Mahoney, who has been a sister for 60 years, and her sisters spent decades in more hands-on ventures. Many were teachers: The Ursulines started what is now Brescia University College in London, Ursuline College and a high school in Chatham, and another private school in Toronto.

As women religious, they had always lived simply and pooled their income, but by the late 1960s, their teacher salaries caught up to lay rates, which had been up to three times what sisters had been paid before, Mahoney said.

By the 1970s, they began investing in their own support (like in-house health care for older sisters) and various justice projects. Investments grew over time as sisters began to retire with pensions. In the last 15 years, that has included investing the funds they earned from selling off properties they owned, like the schools, homes and motherhouses in Ontario, Alberta and Saskatchewan.

This, Mahoney said, is "not unlike a whole lot of other people as we age."

Mahoney is the chair of her community's investment committee, which is made up of two or three sisters and a few financially astute laypeople, and has served on the committee for at least 10 years. The committee meets four or five times a year to go over the sisters' investment portfolio.

One of the Verge founders is Lina Bowden, a veteran financial investor and, as Mahoney describes, a "friend to the Ursulines" who also serves on their investment committee.

Bowden first got to know the Ursulines and the London-based Sisters of St. Joseph in Canada, another Verge funder, through interest in mission work in Peru in 1999. After a 30-year financial career and earning a master's degree in community development, she connected as a volunteer with Pillar Nonprofit Network in 2011, which by then, she said, was beginning to look for ways to provide resources to social enterprise startups.

While Bowden first offered standard investment advice to the Ursulines, she said she realized impact investing makes sense for aging religious groups. The sisters put money into Verge, and Verge invests that money in projects that align with the sisters' goal of supporting "real people doing real work that needs to be done," as Mahoney puts it.

"They have to be prudent with the money, and they can't give it away," Bowden said. "But they can invest it in a way that allows them to earn a return and still do some good."

Bowden said the Verge Breakthrough Fund has invested in three projects so far: an affordable housing project in London and two projects in nearby Guelph, one of which is a co-working space for socially conscious startups.

"Keeping the portfolio as 'clean' as possible has not damaged our returns," Mahoney said. "Responsible investment does bring comparable returns."

While Mahoney says she doesn't know offhand exactly how much the sisters' first installment of their $400,000 investment in Verge is making, they do get statements with updates. Bowden said Verge expects to give all 20 investors, including the Ursulines and the Sisters of St. Joseph, a 3 percent return by the end of the year.

Mahoney said her sisters don't have the expertise to properly manage investment options and were thrilled to find a way to invest with Verge, a like-minded nonprofit organization that manages their portfolio for them.

"Then when there's opportunity to invest in Verge, it was pretty much a no-brainer. Here is somebody who's going to make an impact, and they'll manage it. How good could it get?" she said.

The Sisters of Service in Toronto were one of the first Canadian congregations to pioneer socially responsible investing and impact investing. Through the Catherine Donnelly Foundation, started in 2003, the sisters focus on socially responsible "clean" investing: divesting from fossil fuels and other businesses that may harm the environment or indigenous interests.

With their own funds and donations, they had primarily offered grants to organizations with similar socially conscious plans, but now investors help them expand their support in the form of loans.

The foundation's chief financial officer, Desmond Wilson, said the original board for the foundation had been mostly sisters, but within a few years, more laypeople were chosen by the nonprofit corporation's members to run things.

Sr. Mary-Ellen Francoeur, one of the foundation's original board members who approved the move into impact investing, said when the sisters helped create the foundation, they always expected that it would be run by trusted laypeople who could continue their goal to "facilitate social change rather than simply respond to immediate needs."

By 2014, the foundation started direct investing: providing financial loan opportunities for organizations that need funding, like Verge now does locally.

The Sisters of Service rely on a carefully chosen board to run the Catherine Donnelly Foundation with sensitivity, looking for what the foundation's corporate board report calls "integrity of return" where the main business goal "is directly linked to the desired social/environmental impact." For example, SolarShare and CoPower are two companies the foundation supports that work toward sustainable energy options. They also expect businesses to have a solid plan that will financially benefit investors.

However, they do not currently have a role in the investment side of the foundation, she said, adding that they have "entrusted that to our experts."

Investments are chosen in line with the sisters' mission to reach out to marginalized people and uphold the dignity of everyone involved. The foundation's corporate board report confirms there is money to be made by investing in companies that do all they can to positively impact their surrounding communities.

Bowden said she understands how difficult the process of sifting through investment options could be for any investor. So when she and her team at Verge choose businesses to support, impact investing becomes possible for the Ursulines and Sisters of St. Joseph.

"If you think about the financial markets, it's taken a couple hundred years to develop those. And impact investing is fairly new, so we're just starting to build new structures and the funds and the vehicles and the methods that allow people to easily make these kinds of assessments," Bowden said.

Investing money into people who need it has become a bigger way for the Ursulines to reach out and help people as their sisters age, and it's a model that can be sustained into the future.

The Old East Village Grocer now offers fresh food to the community and sees at least 1,500 shoppers each week, but store manager Matt Swenson says the grocery and its staff and supporters are embedded within the community. Along with serving as the hands-on training ground for 50-plus students in topics like safe food preparation, learning how to handle cash and points of sale, and receiving and stocking vendor loads, the grocery store donates food a couple times a week to local agencies and partners with the London Intercommunity Heath Centre for weekly classes on healthy meal options. It also helps other organizations with community outreach and fundraising, even sponsoring youth soccer.

Francoeur and Mahoney say these projects are exciting but also will help carry on their communities' missions even after they're gone.

"We're going to live as joyfully and faithfully as communities until we aren't anymore," Mahoney said. "And [then we will] wait and see what seeds of something else are popping up everywhere." 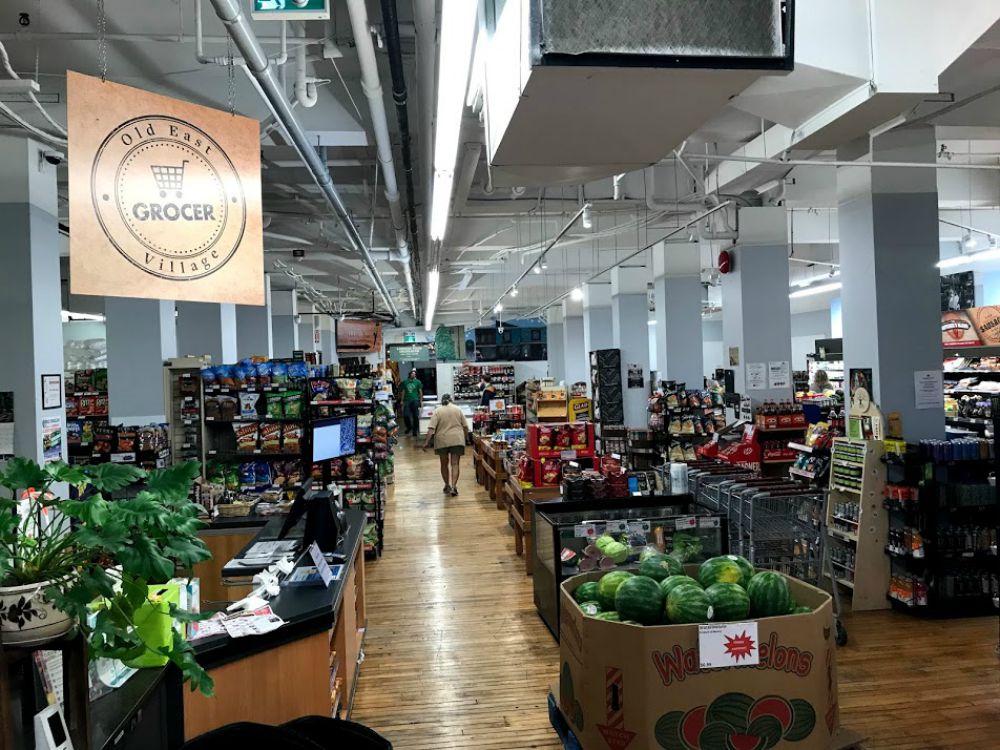 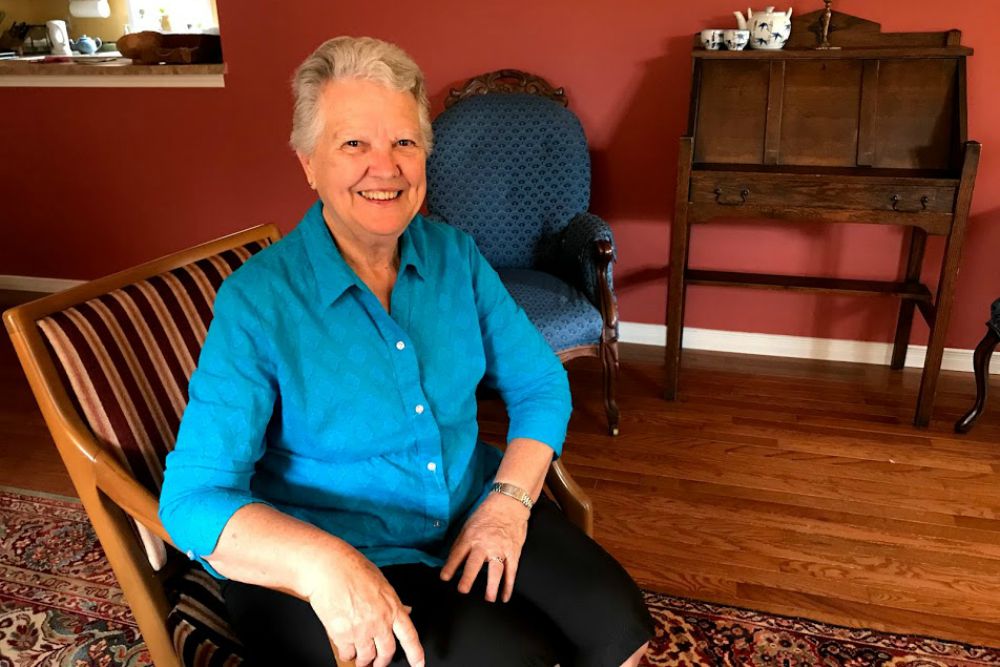 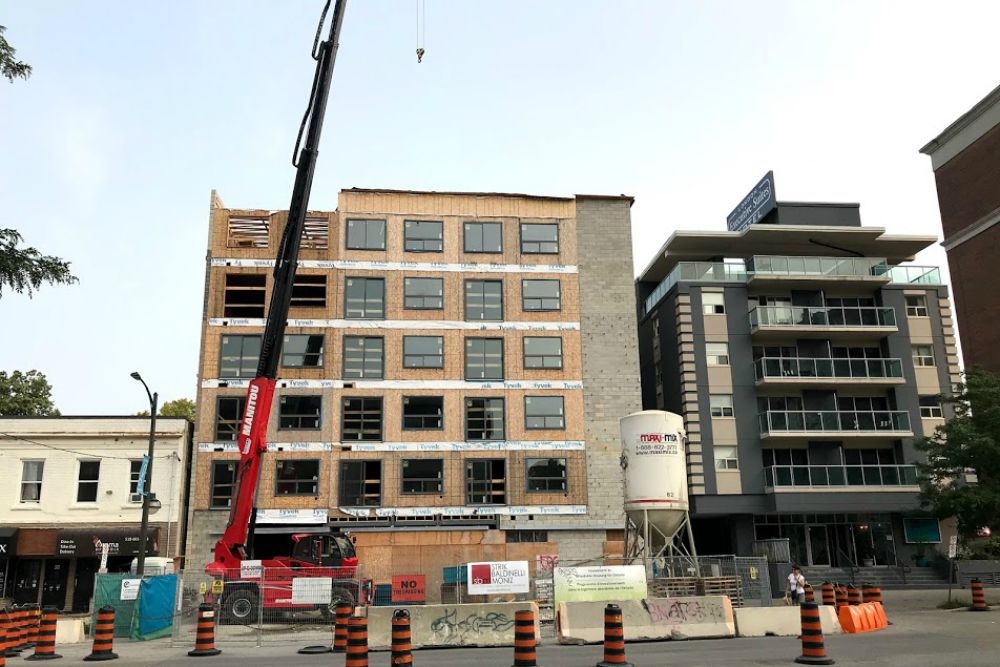 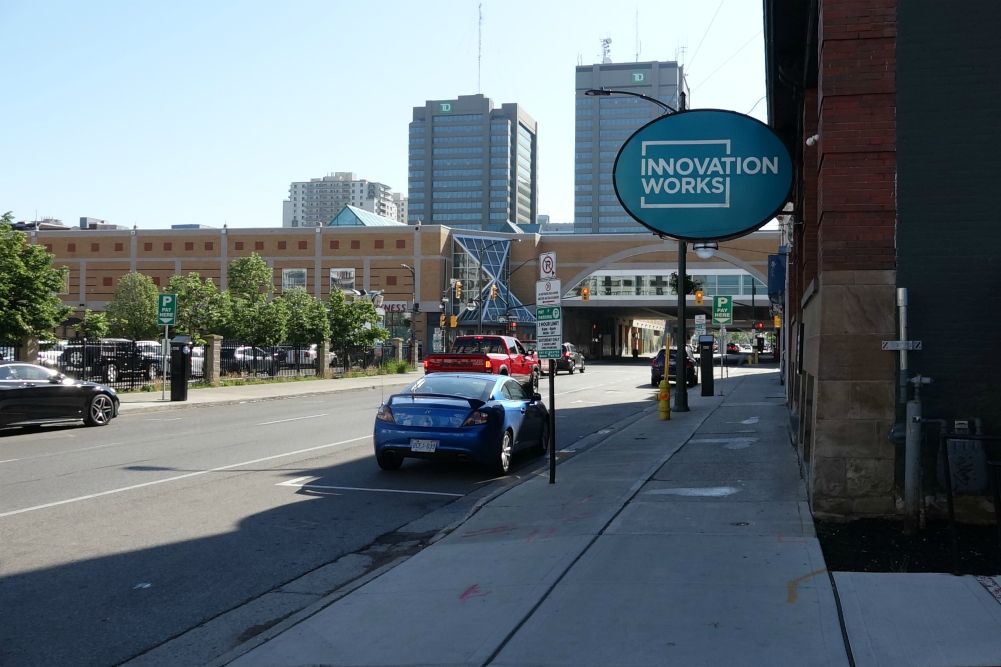 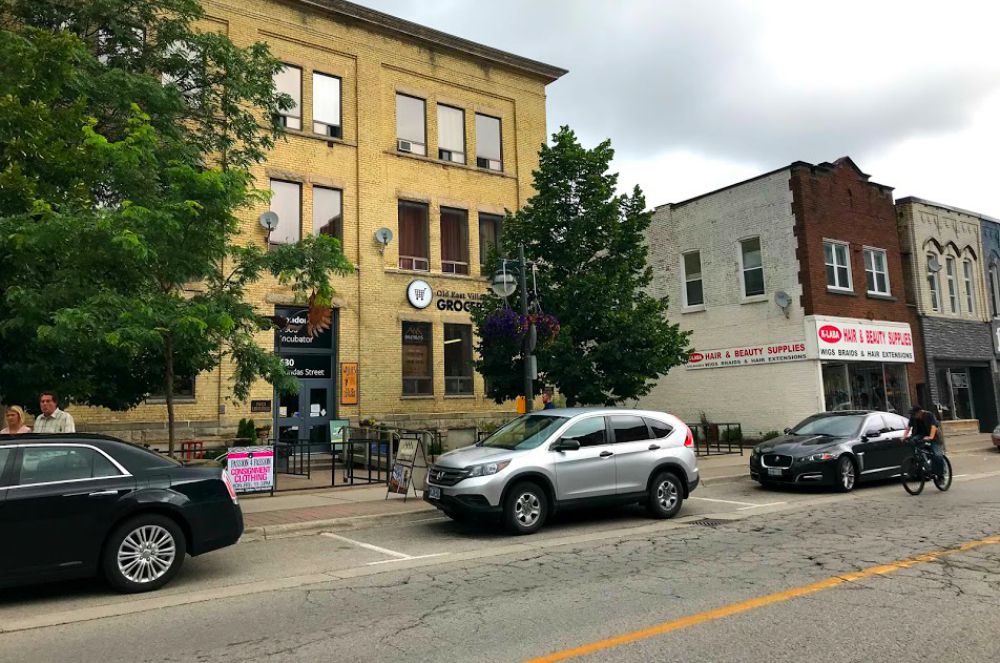