In a statement released this morning, the Leadership Conference of Women Religious acknowledged the sadness and public humiliation they experienced during the six years they were under Vatican review, but they said they hoped the process would be a valuable learning experience for both the wider church and community.

This is the first time LCWR has spoken publicly since last month’s conclusion of the Vatican oversight of their group. They had maintained public silence on the matter for 30 days, per the Vatican’s request.

"We believed that the sanctions called for in the CDF mandate were disproportionate to the concerns raised and we feared the sanctions could compromise the ability of the LCWR officers and members to fulfill the mission of the conference," LCWR leaders wrote in their statement, adding that were times of darkness when "a positive outcome seemed remote." But they did ultimately get that positive ending, encouraged, in part, by the prayers of their supporters around the world.

LCWR, an association for the elected leaders of women religious communities in the United States, has more than 1,500 members and represents almost 80 percent of Catholic sisters in the country.

In 2009, the Vatican’s Congregation for the Doctrine of the Faith began a doctrinal assessment of LCWR as a result of its “radical feminist themes” and “problems” promoting church teaching on topics such as homosexuality. The investigation concluded in 2010, and two years later, the doctrinal congregation issued both its findings and a mandate for implementation of the assessment, appointing Seattle Archbishop J. Peter Sartain to supervise the process.

The mandate – as well as Sartain’s oversight – was given a lifespan of five years, so when it ended last month after only three, it was considered abrupt and unexpected by some. Yet LCWR president Immaculate Heart of Mary Sr. Sharon Holland told Global Sisters Report, it was anything but.

“It was a very intensive three years of work and dialogue in coming to the conclusion,” she said.

The statement from LCWR today doesn't give details about the process of working through those discussions, but it does give an outline: Through sustained prayer and contemplation, the LCWR leaders say they were given the strength to stay at the table and to have difficult conversations. They also thanked Sartain for his sincere manner and genuine respect, which they say made them confident that honest dialogue would in fact foster mutual understanding.

In last month’s joint statement from LCWR and the Congregation for the Doctrine of the Faith, Cardinal Gerhard Müller, head of the doctrinal congregation, said his office was confident that LCWR had proven its mission to foster a religious life that is “centered on the Person of Jesus Christ and is rooted in the Tradition of the Church.”

In that same statement, Sartain said it had been an honor to work with LCWR leadership and members and called the dialogue between the sisters and the bishops a “blessing from the Lord.” He has not yet, however, responded to GSR requests for additional comment, now that the requested 30-day silence has expired.

For their part, LCWR leadership – according to a former LCWR president – has considered the Vatican’s 30-day moratorium a gift, using that time to reflect on and discuss extensively both the mandate and its conclusion, ultimately coming up with a plan for how they plan to publicly share their experience.

Making a public statement today was one of the first steps in that process, although LCWR is quick to point out that the statement only reflects the thoughts of the current leadership. The statement was shared with all the former LCWR presidents before it was made public, but a second statement from the entire conference is expected following LCWR’s annual assembly in Houston this summer – the first time the entire body will convene since the mandate’s conclusion.

That LCWR’s process of dialogue was both painstaking and private was a source of frustration for some LCWR supporters who wanted more anger, more action and more transparency. But in today’s statement, LCWR leaders said the process needed to be quiet and internal in order to work.

“From the beginning of LCWR’s work with the bishop delegates in 2012, we agreed that we would speak honestly and directly with one another and not through the media,” they wrote. “While at times we too wished we could have shared more along the way with all who cared about this matter, we believe that by keeping our conversations private, we were able to speak with one another at a level of honesty that we believe contributed to the mandate coming to its conclusion as it did. Of utmost importance to us throughout this process was the directive we had received from our own members not to compromise the integrity of LCWR.”

Still, LCWR knows their experience – the doctrinal assessment, the mandate and its conclusion – has implications beyond its membership.

“We acknowledge as well that the doctrinal assessment and mandate deeply disturbed many Catholics and non-Catholics throughout the world,” they said. “Thousands of people communicated to us their concern not only for LCWR and Catholic sisters, but for the ramifications these two actions could have for the wider world and church.”

LCWR’s hope now is that others can learn from their experience when digging into theological, ethical and moral discussions. Internally, however, the conference is holding on to the lessons they learned throughout the last six years, but they aren’t looking back. As Sr. Sharon Holland told GSR, they want to close that chapter on a hopeful note and move forward.

Interactive timeline of events (click the arrows to scroll a slideshow or click on specific dates in the timeline): 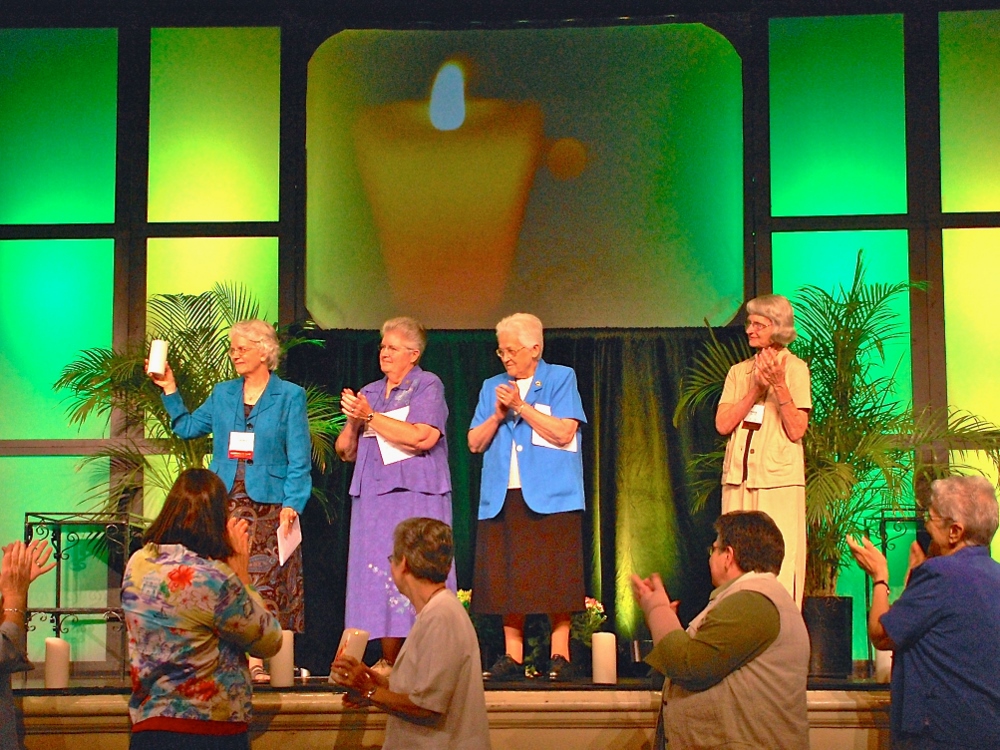 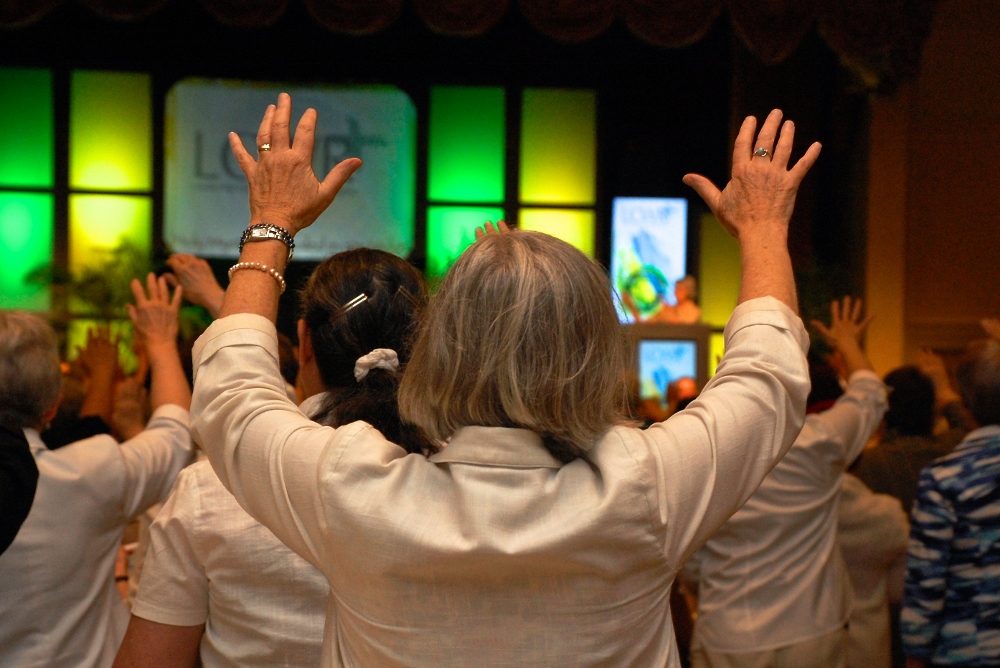 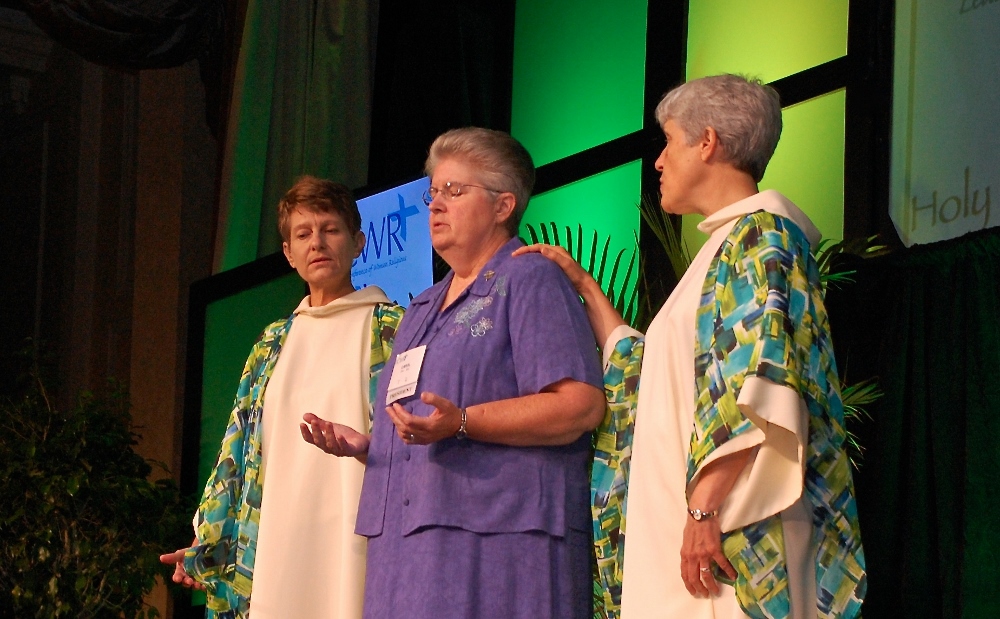