by Rhonda Miska
Religious Life
This article appears in the Reviews and LCWR feature series. 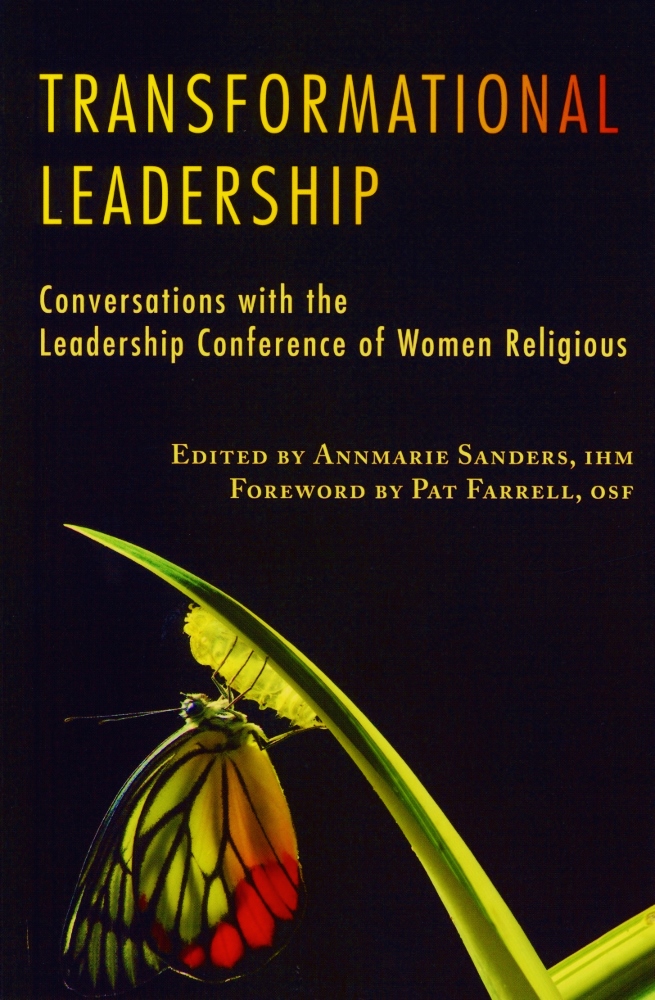 Women religious in the United States were catapulted into the spotlight through the Vatican's apostolic visitation of Institutes of Women Religious, initiated in late 2008, and the doctrinal assessment of the Leadership Conference of Women Religious (LCWR), which the Congregation for the Doctrine of the Faith initiated in early 2009. (Both events have since finished: the visitation in December 2014 and the doctrinal assessment in April 2015.) There was an outpouring of support for Catholic sisters, a tremendous amount of coverage in secular and religious media, and a keen interest in how sisters responded to unexpected scrutiny with integrity and courage.

In response to this interest, Orbis Books published Transformational Leadership: Conversations with the Leadership Conference of Women Religious in September 2015. The collection of 18 interviews originally published in LCWR's The Occasional Papers, a semiannual journal, were conducted over several years by Immaculate Heart of Mary Sr. Annmarie Sanders, LCWR's communications director.

The book offers some practical insights about communal discernment, conflict and communication. However, readers looking for a linear directive of steps to transformational leadership will be disappointed.

Through a contemplative stance rather than cookie-cutter, one-size-fits-all formulae, the book poses rich, thought-provoking questions and points to an overall "set of dispositions, a way of being in the world," as described by Providence Sr. Marie McCarthy in its preface. Drawing on insights from psychology and neuroscience as well as the Catholic spiritual tradition, the interviews offer habits, skills and attitudes characteristic of this leadership, which flows out of a way of life grounded in community, contemplation and attentiveness to "the signs of the times," as Gaudium et Spes says.

Of particular note is "Transformational Leadership in a Time of Public Crisis," an interview with Irish Mercy Sr. Breege O'Neill, who speaks frankly about her community's response to allegations of past abuse in congregation-run orphanages. As the Catholic church continues to grapple with the aftermath of abuse scandals (recently again in the public eye with the release of the film "Spotlight"), O'Neill's words are powerful and timely. She advises that in such crises, leaders should not "try to sidestep the darkness that is involved in walking this journey." O'Neill speaks candidly about the values-driven approach that congregational leaders took with their members, the media and complainants.

Also of note is "Leading in the Midst of Polarization," an interview with Andra Medea, an expert on conflict and violence. Medea notes how women religious speak with a "deeper, gracious voice in these polarized times" and names the dynamics of polarization wherein factions fall into the roles of "villains, heroes, or victims"; are motivated by anger and fear; and end up in a "self-defeating pattern" of demonizing others. These dynamics are readily recognizable by anyone paying attention to recent political rhetoric. Medea draws on neuroscience to challenge leaders to practice "slow thinking" in polarized times.

In "Fostering and Nurturing an Interior Life," Goergen speaks about the centrality of contemplation even among apostolic religious congregations as well as the necessity of attentiveness to the Holy Spirit. He quotes Jesuit Fr. Karl Rahner's insight that in the church, some have the "charism to be the accelerator" while others have the "charism to be the brake," and he names leaders' challenge as "openness to the different calls in the life of the church." Goergen also reflects on ecclesiology in light of the work of Jesuit Fr. Pierre Teilhard de Chardin, whose thinking on evolution and cosmogenesis inform the spirituality of many LCWR congregations.

The interviews offer much powerful material for reflection to a church and world hungering for authentic, mature, grounded leaders who can build peace, sustain hope and respond to challenges from their spiritual depths. The slim volume is overall hopeful in tone, yet the contributors show a willingness to be self-critical as well as to recognize honestly the many complex challenges that religious communities, the church and the broader world face.

This book will interest not just members of women religious' communities, but anyone in leadership seeking to act faithfully as an agent of transformation in challenging, changing circumstances. Solidarity With Sisters, a Washington, D.C.-based lay group committed to companioning sisters and LCWR, has created a study guide with questions for discussion.

Dubuque Franciscan Sr. Pat Farrell notes in the introduction that we are living in times of "enormous paradigm shift and increasing complexity," which have given rise to an "unprecedented interest in mysticism and spirituality." She goes on to summarize the hope of those interviewed in the book: "Call it grace, conversion, ripening, healing, emergence: the world is in need of such unfolding from within." This collection provides a valuable resource for those attentive to — and seeking to participate in — this unfolding.

[Rhonda Miska is a freelance writer in Dubuque, Iowa. Her writing has appeared in various print and online publications, including Celebration, the Young Adult Catholics blog, and Millennial Journal. She is a graduate of the Boston College School of Theology and Ministry.]