A new study of Catholic sisters opens with information that will jolt some assumptions about the state of religious life: The number of vowed women religious in the United States today is approximately the same as it was a century ago — just under 50,000.

A deeper look at those statistics exposes some significant differences between then and now, but it also shows that the church of the mid-20th century, often held up as the ideal to which the church today should aspire, was a short-lived bump on the demographic landscape.

"Contrary to widespread assumptions, the crowded novitiates and overflowing convents of the mid-twentieth century represent an anomaly in the history of U.S. women's religious life rather than a standard to which sisters could or should return," writes Kathleen Sprows Cummings, director of the Cushwa Center for the Study of American Catholicism at the University of Notre Dame.

FADICA President Alexia Kelley said the project "was inspired by a working group of our members who are particularly focused on supporting Catholic sisters and their ministries." She said she hopes the report will prove a useful resource for funders "and others of good will committed to a vital church and who see sisters as critical to a vital church."

The comparison with the past, the report says, should dispel the "excessive pessimism" that often accompanies discussion of the future of religious life, which tends to focus on the fact that the number of U.S. sisters has decreased by 72.5 percent during the past half-century. The number has dropped from a high of 181,421 in 1965, and of the nearly 50,000 remaining today, only 9 percent are younger than 60.

Sprows Cummings refers to a number of recent studies and a major, book-length work in the 35-page analysis that briefly describes the history of sisters in the United States and some influences on the future of religious life. Key among her sources is New Generations of Catholic Sisters: The Challenge of Diversity by Sr. Mary Johnson, Sr. Patricia Wittberg and Mary Gautier.

Among other presumptions dispelled by recent research are some of the ideologically driven conclusions that sociologists say exaggerate the differences between the two national organizations representing women religious, as well as some of the conclusions that attach to the wearing of the habit, as is the preference of more traditional congregations. The story of women religious today, the report points out, is often far more complex than popular narratives that see either imminent collapse of religious life, salvation in the form of conservative orders, or a kind of dissolution and loss of identity as a result of reforms undertaken by most major institutes of religious life.

"Many U.S. Catholic women are still drawn to religious life," according to the report. "There are approximately 1,200 women in formation at the present time, a number that includes 150 women in contemplative monasteries and roughly 1,050 women preparing to be sisters." In addition, it notes a recent study by the Center for Applied Research in the Apostolate (CARA) at Georgetown University that found that 8 percent of never-married women born after 1981 have "at least a little seriously" considered a vocation to religious life. Of those, 2 percent have "very seriously" considered becoming a religious sister. In all, the percentage "translates to more than 250,000 never-married women."

A 2009 CARA report cited in the study concludes that despite the decline, "religious life will persevere," though with fewer sisters and in different forms. "Some already see signs of hope, especially in a younger generation that they believe is bringing a new energy and optimism to religious life."

The first key to understanding sisters today, the report says, is realizing that the path to vocations is far different now than it was for past generations, when women often made decisions to enter a congregation based on their attraction to the life of sisters who taught in Catholic schools. That degree of contact no longer exists, and young women no longer encounter the invitations they may have previously to consider religious life.

Updated efforts to invite today's young women, the report says, could include full-time vocation directors at the diocesan level, use of new media and online presence, and "offering discernment programs and other opportunities for potential candidates to meet members and learn about" a given religious order. The report also suggests "targeting college students and young adults as well as elementary and high school students to expose them to the possibility of religious life."

Other keys to understanding recognize that those entering religious life today are not only more culturally diverse than in the past; they are generally older and more educated than earlier generations, and some enter with advanced degrees. While there are obvious benefits to those characteristics of new entrants, a very real downside is that many are also showing up burdened with educational debt.

"There are lots of issues that bear on vocations and the different dynamics and challenges around vocations," Kelley said. "But educational debt is one very tangible barrier. We can define and identify it, and we can solve it." 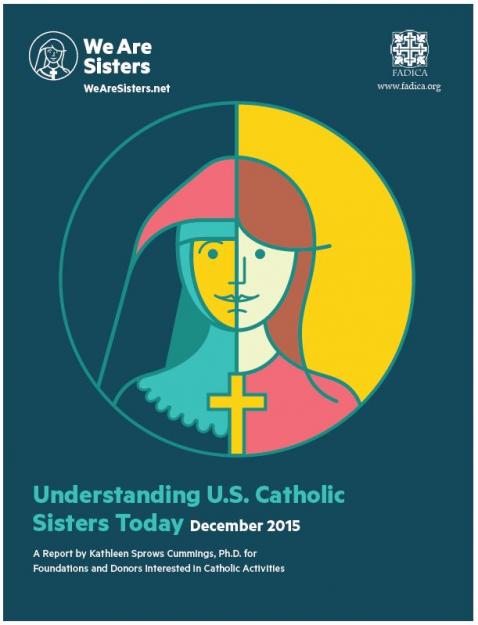 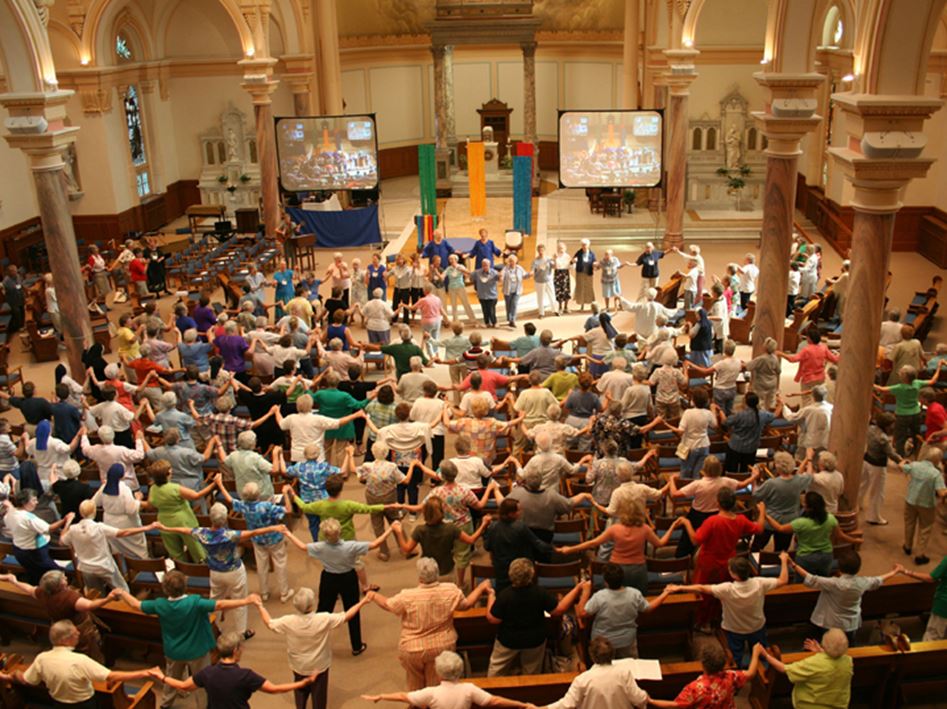 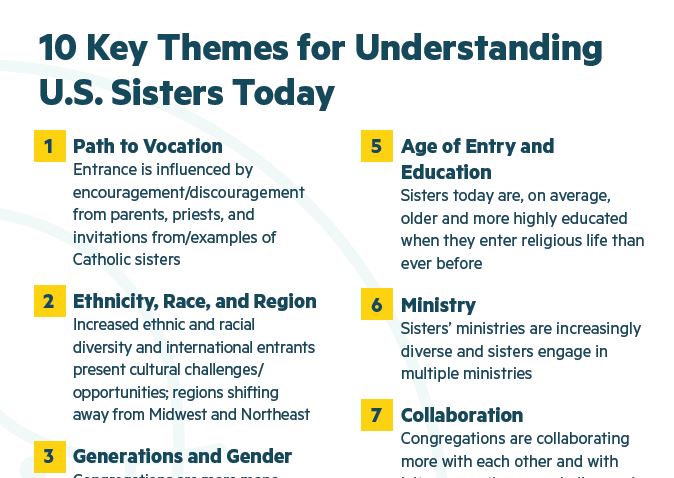