Skip to main content
This story appears in the Francis in Korea feature series. View the full series.

She spoke with both anger and contempt as she pointed upward, standing in front of a tall modern lookng building erected just 230 meters (754.5 feet) from the Sacred Heart Girls High School.

As a result, gamblers and high school girls, coming and going to school, will be mixing more frequently. This is terribly upsetting to the Sacred Heart sisters, local residents and parents who have been fighting the project unsuccessfully. They feel powerless to stop the project, though they keep protesting.

The building, Kim said, was built without anyone revealing its real purpose. She and other Sacred Heart sisters were told it would be an office building. Since news of the real intent of the building became public, local residents have joined in the protest.

A Seoul city ordinance states that gambling cannot take place within 200 meters of any school. The government officials, who approved the building permit, say it is 230 meters from the school and, therefore, within the law.

The first attempt by the Korean Racing Authority to build their headquarters was slated to be south of the river, in an area, Kim explained, where Seoul's rich live. When residents there objected, and the plan to build near the girls school went forward – secretly – and the building was built in the poorer neighborhood where the Sacred Heart sisters carry out their education work.

Sacred Heart School teachers, students and parents, as well as residents of Yongsan, Seoul, have been protesting the building since May 2013. Various Catholic sisters' congregations, along with parents and teachers, have maintained a continuous protest in a tent adjacent to the building for the past 206 days. Someone is always in the tent, day and night.

The Sacred Heart sisters say that there are five schools located within 300 meters of building, one of them being their own.

The sisters and parents acknowledge that gambling brings in revenues. The gambling authority says it pays taxes and, thus, helps the city. The sisters say horse race gambling mostly involves those without much money. They say it is a very lucrative enterprise, and authorities pay politicians to have their way.

Off-track gambling means that people assemble before oversize television monitors after placing their bets and watch races happening live at a number of race tracks in Korea. The new building is expected to draw gamblers from all over Seoul.

The sisters say this is not the environment they want for their young girls.

However, according to Kim and the other Sacred Heart sisters here, money rules in South Korea today. This is why, they said, Pope Francis’ call to build lives based on human dignity and not solely on the pursuit of money is so important.

But they are not holding up much hope anything will change soon. The gambling building is already open and running three days a week in a “trial” period.

Meanwhile, every Thursday, Catholics gather to celebrate Mass in front of the betting center.

A few months back gamblers cursed the assembled, threatening them. Police had to be called in. The situation today remains tense with protests continuing in front of the building.

Kim said that recently a group called the Anti Off Track Betting committee along with the Sacred Heart School Student Council visited the Blue House, the residence of South Korean President Park Geun-hye, to deliver a letter of protest signed by more than 50,000 people as well as postcards written by the entire student body of Sacred Heart School.

Park, Kim said, should have been sympathetic. After all, Kim explained, Park is a 1971 graduate of Sacred Heart High School. Instead, it was Park who appointed the Korean Racing Authority commissioner who has overseen the building project.

Korean society has boomed economically in the past several decades, the Sacred Heart sister says. The rich have become very rich – and the poor have lost their voices. “Ordinary people have no power at all,” she said.

Sacred Heart Sr. Lim Tae-Youn has also been active in protesting the race betting building. She told me she sees a direct link between the construction of the building and the sinking of the Korean ferryboat, the Sewol, April 16. The boat took the lives of more than 300 passengers, mostly children. Said Lim, corruption is rampant in Korean society today and money has its way. The ferryboat was overweight and unregulated because its owners were working to maximize profits, disregarding human safety.

This is the case, she explained, as the powerful payoff politicians and do what they want – regardless of human concerns. In this case, once again, children are not being protected because of the greed of a few.

[Tom Fox is director of Global Sisters Report and NCR publisher; he can be reached at tfox@ncronline.org.] 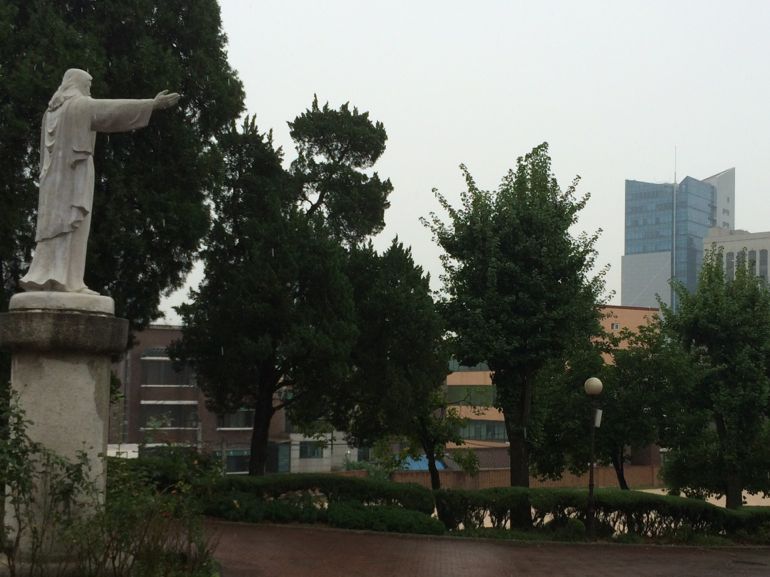 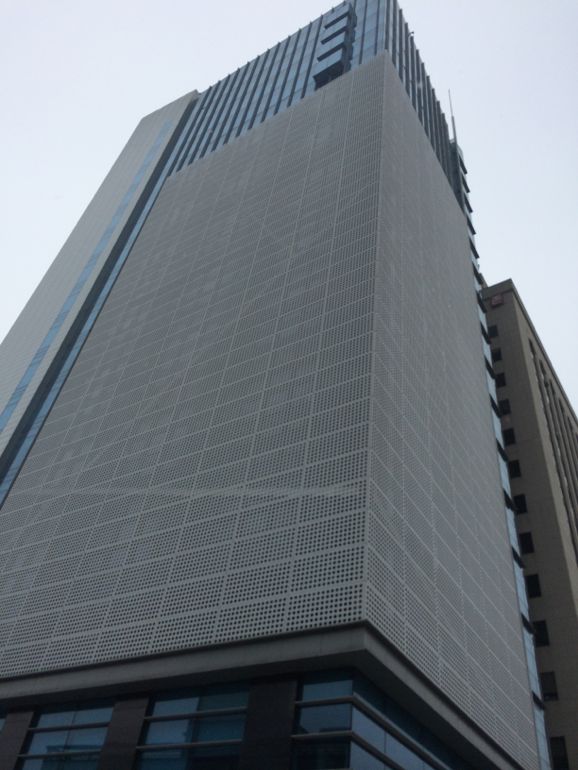 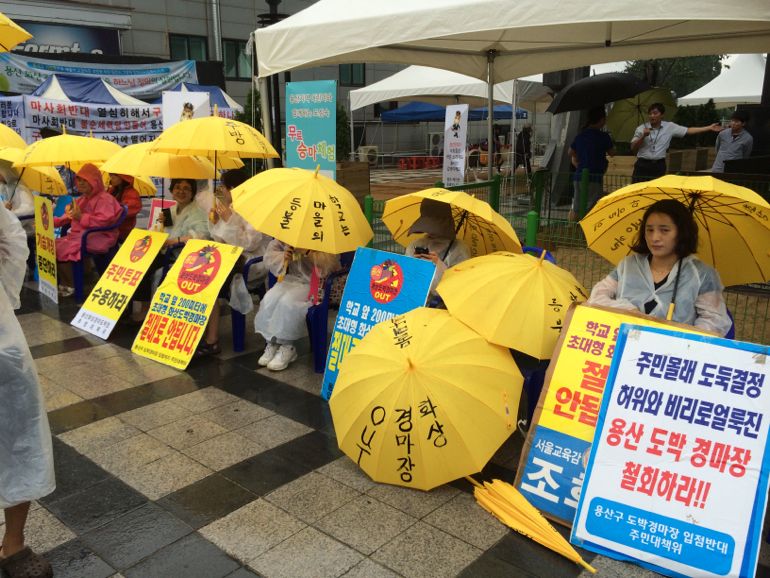 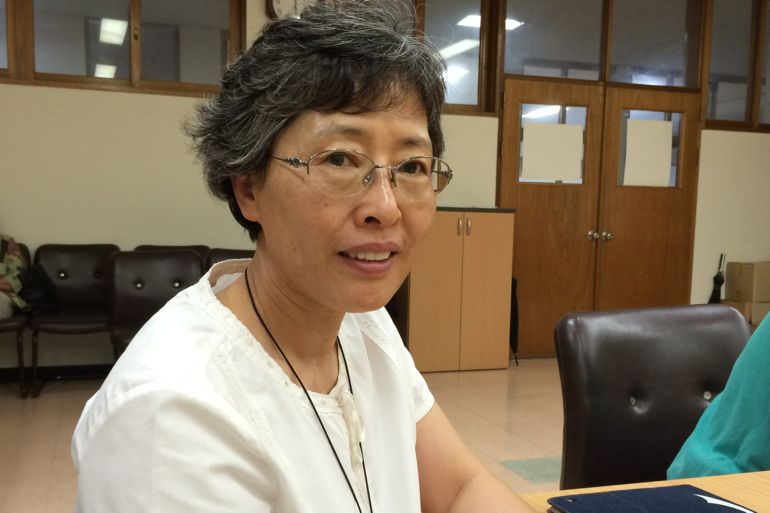 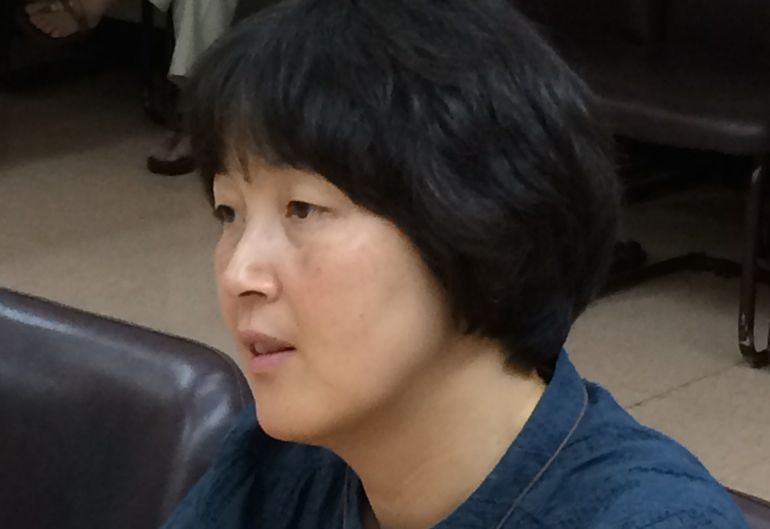 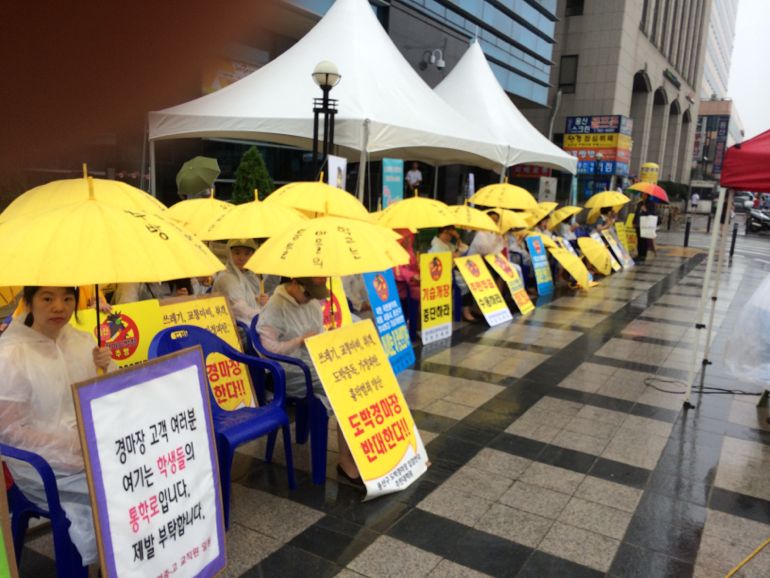