The role of women religious in the Catholic church continues to vex not only sisters themselves but the scholars who study them.

But that prophetic witness makes women religious “less as agents and products of the church and more as individuals and communities discerning where the spirit is leading them.”

And that, said Salve Regina University’s Joel Schmidt, has led to conflicts such as the one between the Vatican and the Leadership Conference of Women Religious, which represents 80 percent of the Catholic sisters in the United States.

Both were speaking during the second day of “The Nun in the World: Catholic Sisters and Vatican II,” which has brought together women religious, historians and scholars for an international symposium hosted by the University of Notre Dame’s Cushwa Center for the Study of American Catholicism in London.

Foley and Schmidt both said the situation is not unlike that of the Biblical Hosea, whose prophetic witness was his continued fidelity to the wife who continued to betray him. He remained faithful, they said, even as he critiqued her behavior, which Schmidt called “critically-engaged belonging.”

Schmidt said the ability to be critical while remaining faithful to a relationship is a sign of maturity, as it’s much easier to either just obey or to leave.

The disagreement over whether women religious’ criticism of church policies means they are unfaithful, Schmidt said, reflects “a more basic disagreement about the nature of revelation: Who can speak for God?”

He noted that at one point during the controversial doctrinal assessment of LCWR by the Vatican’s Congregation for the Doctrine of the Faith, both houses of Congress had resolutions supporting Catholic sisters, despite their sometimes harsh criticism of the policies Congress creates.

“When the U.S. government is coming to the defense of LCWR against their own church – if this doesn’t exemplify the ambiguities of the relationship of the reign of God to the church and the world, I don’t know what does.”

Later in the day, Lancaster University sociologist Linda Woodhead, M.B.E., detailed the death of sociologists’ theory – once accepted as fact – that religion is dying and that its end is inevitable.

“But religion hasn’t disappeared,” she said; it now is growing throughout the world.

Not only is it not dying, she said, but religion and the ways it is practiced is becoming more and more complex.

That is true within the world of women religious in the United States, said Notre Dame de Namur Sr. Mary Johnson and Sister of Charity Patricia Wittberg, two of the three authors of New Generations of Catholic Sisters, which examines the demographic shifts in women religious.

Millennials are the least religious of any generation, Wittberg said, and of those that are religious, 54 percent who are Catholic are also Hispanic. Where Catholics in the pre-Vatican II generation are 76 percent white, she said, only 37 percent of millennial Catholics are white.

Not surprisingly, Johnson said, of the 1,200 women in formation for religious life in 2009, only 58 percent were white.

The Nun in the World conference continues through Saturday. 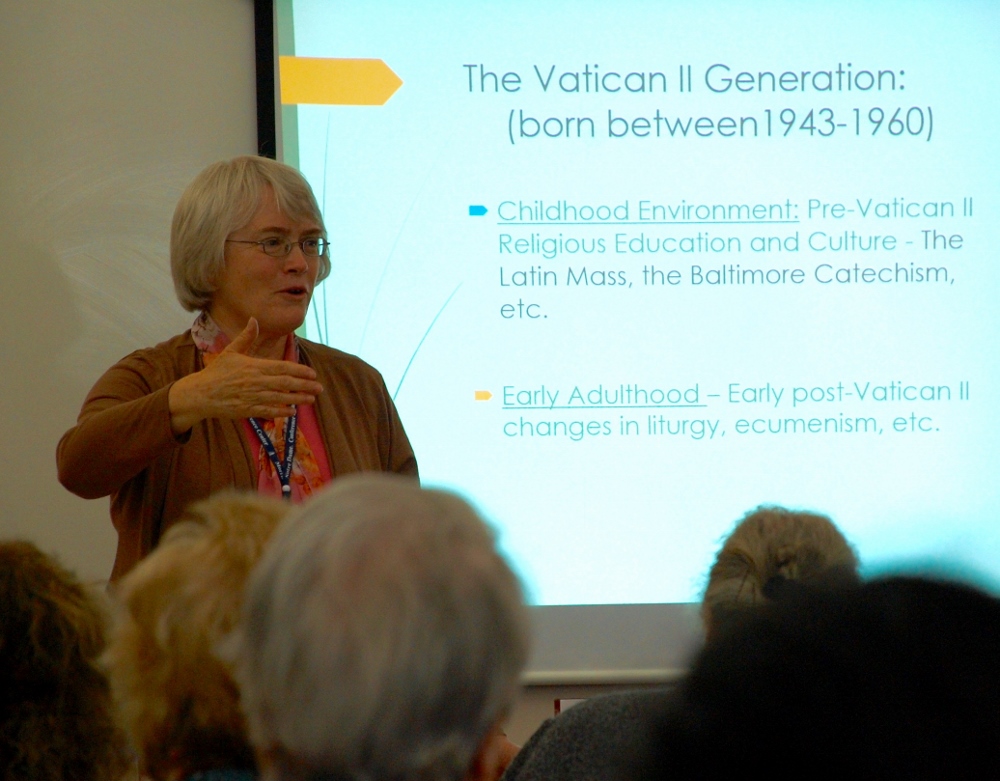 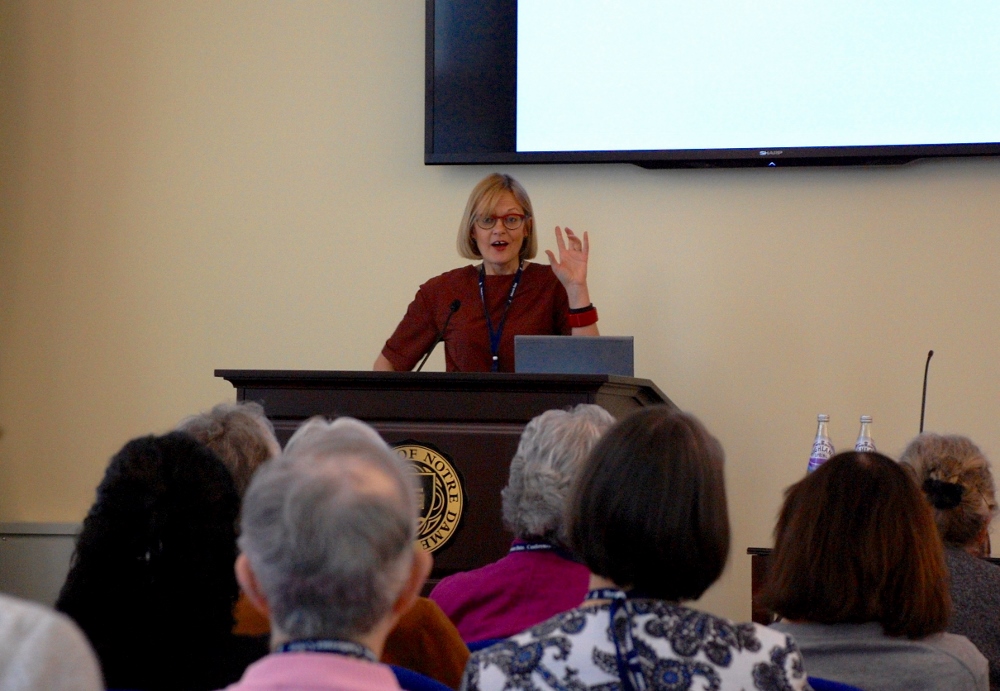