Sr. Mary Rose Atuu told Massgoers on a recent Sunday that she has "a lot of passion" for her religious vocation but challenged her listeners to remember that "we are all consecrated."

"Who are the consecrated people? You, them and myself," said the Little Sister of Mary Immaculate of Gulu.

She spoke before a packed before a packed congregation at her own parish church, Immaculate Conception Church in Honolulu. Her smile and enthusiasm warmed hearts at the 7 a.m. Mass.

The presentation by the African nun, who is a chaplain for St. Francis Healthcare System of Hawaii, was part of a "traveling exhibit" for the Catholic church's Year of Consecrated Life.

Atuu and other religious have been visiting parishes and missions in Hawaii since last November, spreading the good word about finding one's vocation and the impact of religious life in the Islands.

The traveling exhibit is a project started by Sr. Malia Dominica Wong, a Dominican Sister of the Most Holy Rosary, the Honolulu Diocese's vocations coordinator.

Since taking the job last summer, Wong has been tasked with promoting in the Hawaii Islands the Year of Consecrated Life, Pope Francis' initiative to spotlight the calling of priests, deacons, religious brothers and sisters from Nov. 30, 2014, to Feb. 2, 2016.

The year is a chance for the diocese to "build up a culture of vocations," Wong explained.

The Hawaii-born sister coined the theme "Consecrated: Anointed and Appointed" for the local celebration. The theme encourages Hawaii Catholics to live out their vocations, whatever they may be, to the fullest.

To spread the message, Wong tapped the talents of local religious, lay organizations and parishioners for a traveling presentation. The program — being brought to the diocese's 66 parishes, 27 missions and 34 schools — features brief talks at Masses and a myriad of materials promoting consecrated life.

Wilfred Chun, a parishioner at Honolulu's Cathedral Basilica of Our Lady of Peace, constructed self-standing, tri-paneled screens on which are showcased glossy posters featuring religious orders that served in Hawaii.

Charlene Alipio, the archivist for the Sisters of the Sacred Hearts, designed the full-color posters describing each order's charism and contributions to the islands in the areas of education, health care, pastoral ministry and spirituality.

The Serra Club of Honolulu aided in printing thousands of "Consecrated: Anointed and Appointed" pocket-sized brochures. Plastic key tags, booklets published by the Knights of Columbus and other publications and pamphlets comprise the Year of Consecrated Life blitz.

"With that, we have been visiting all of the parishes and missions, teams of religious at least two by two, as the disciples of old," Wong told the Hawaii Catholic Herald, Honolulu's diocesan newspaper.

The presentation so far has been met with gracious responses on the islands of Kauai, Maui and Lanai and the Big Island, as Hawaii Island is best known. It has been traveling around Oahu Island since May, and will be taken to a different Oahu church almost every weekend through September.

Wong said the experience of the traveling exhibit has been "really neat." She and the religious who have given their time to the project have seen why Hawaii is a special place for fostering vocations.

They have been "collecting stories on trivia" about local churches and the lifestyles in farming, plantation, seaside and metropolitan Catholic communities.

It's important to recognize the unique "ohana," or Catholic "family," in each vicariate, Wong said.

"Our vocations are not individual vocations," she explained. "They come from the community and in responding to ways to serve the community even more fully."

A handful of parishioners have inquired about religious life at and after the Year of Consecrated Life presentations. Wong said a discernment group has been started for these potential vocations.

Sr. Cheryl Wint of the Sisters of St. Francis of the Neumann Communities keeps tabs on the men and women in the discernment group through Skype. Pastors as well have been asked to aid those who have expressed interest in the priesthood.

Wong anticipates the traveling exhibit will serve "the whole church, the whole Diocese of Honolulu on many levels."

She plans to compile photos and articles from Year of Consecrated Life activities for a culminating book. She also aims to get more religious involved in faith formation conferences and youth and young adult events in the future.

"We plan to do that as part of the next step of reminding and remembering" and to "keep up the connections that were started," Wong said.

"This isn't just about the Year of Consecrated Life," she added. "It's really about our church in Hawaii and just tapping into the faith of the people."

[Dela Cruz is a reporter and photographer at the Hawaii Catholic Herald, newspaper of the Diocese of Honolulu.] 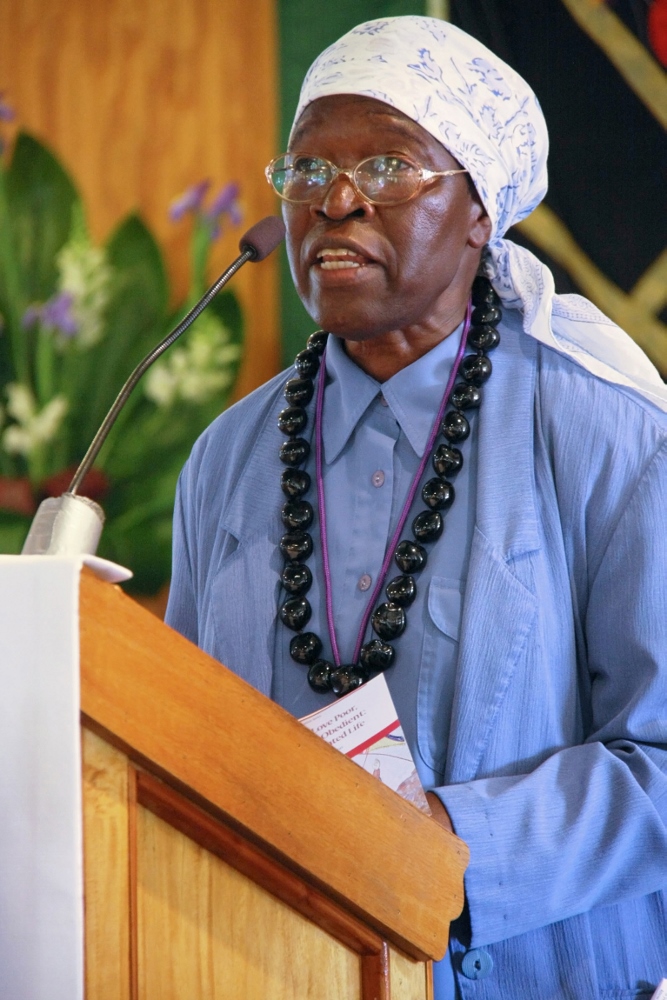 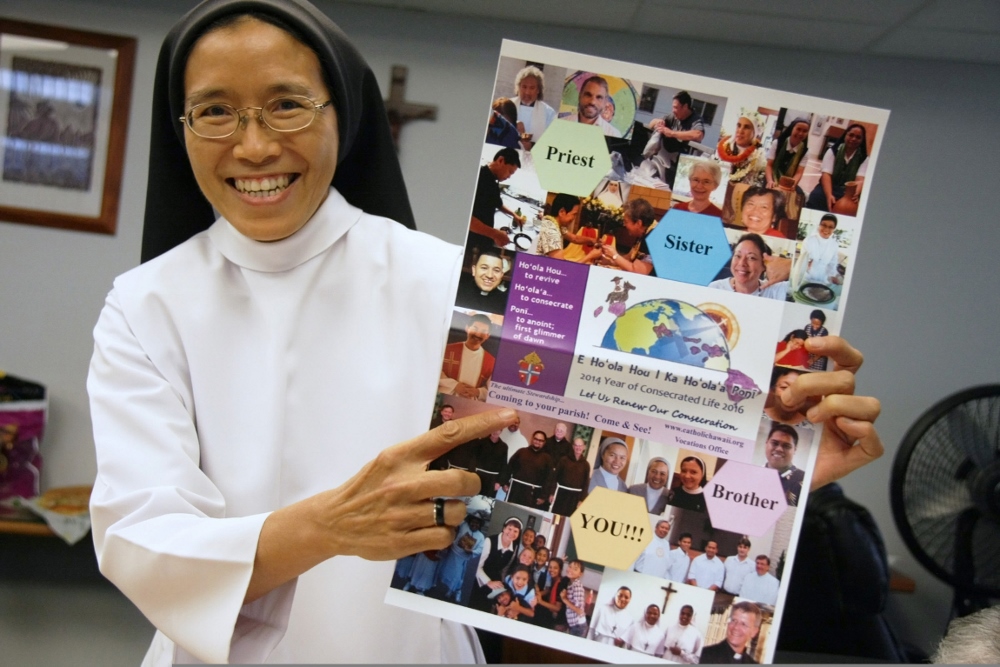