Women religious added their voices to the chorus of sharp disapproval and disappointment following President Donald Trump's announcement June 1, that he was pulling the United States from the historic Paris Agreement on climate change.

A number of Catholic organizations have condemned Trump's move as being catastrophic, as National Catholic Reporter cited in an article. Women religious are also expressing their concerns about the world's No. 2 polluter reneging on its commitment to the pact, which committed 195 countries to keeping global warming below the level at which scientists believe irreversible damage could occur.

In an email to Global Sisters Report, Franciscan Sr. Joan Brown, executive director of New Mexico Interfaith Power and Light and a Franciscans International delegate at the 2015 conference at which the Paris Agreement was adopted, called the move a "mortal sin."

"This decision disregards our basic human purpose on the planet to love and care for the garden and one another," she said. "As I hold the predictable, yet dark decision of the U.S. administration in my prayer and work, the warning statement of Pope Francis re-echoes in my soul, 'Every year the problems are more grave. ... We are at the limit. We are at the limit of a suicide, to say a strong word.' "

In a statement released Friday, the Sisters of Mercy of the Americas — the largest single congregation of women religious in the U.S. — said the decision was "by far the most concerning among a number of actions taken by the Trump Administration to weaken the country's commitment to address climate change and to protect those most at risk from its effects."

They also called on Congress to take leadership in reducing the nation's carbon emissions and moving the country into the renewable energy economy.

The Dominican Sisters of Peace and Benedictines of Erie, Pennsylvania, have also released statements decrying U.S. withdrawal from the Paris Agreement.

Sr. Anne Curtis, a member of the Sisters of Mercy of the Americas' leadership team, told Global Sisters Report that the U.S. pulling out of the Paris Agreement was bad, but offered some optimism: "I think the resolve that will come out of this is an even deeper commitment to the work we've already been doing."

The Mercy Sisters began their explicit commitment to "reverence Earth" in 1995 at the encouragement of their sisters in the Philippines who were witnessing, firsthand, the effects of climate change. "We also have sisters in Latin America, Guam and Jamaica," Curtis said, "and they've been on the frontlines of seeing some serious issues."

At the United Nations, where the Paris Agreement has wide support among Catholic sisters who represent their congregations, reaction to Trump's announcement was also negative.

"It is an unacceptable decision while the rest of the world is moving forward," Sr. Teresa Kotturan, the U.N. representative for the Sisters of Charity Federation, told GSR. She said it will be up to individuals and other countries and states to adhere to the pact.

"Let us remain committed to implement Paris Climate Change Agreement through our individual and collective action, to ensure 'no one is left behind,' " she said.

On her Facebook page, Kotturan posted a quote from Marshall Islands President Hilda Heine, who said, "Today's decision is not only disappointing, but also highly concerning for those of us that live on the frontline of climate change."

Noting the threat that climate change poses for small island states like the Marshall Islands, Kotturan told GSR, "Think of our brothers and sisters who live on small islands with an uncertain future. What do we want to leave for the next generation?"

Sr. Margaret O'Dwyer, who represents the Company of the Daughters of Charity at the U.N., told GSR, "It is profoundly sad that there is a loss of a sense of the common good." O'Dwyer also noted that Trump's action "countervenes the message of [Francis' environmental encyclical] Laudato Si' that Earth's inhabitants are interconnected."

She also expressed worry about "the potential for chaos when world leaders agree and then rescind agreements at will."

Sr. Celine Paramunda, the Medical Mission Sisters' representative at the U.N., said she had feelings of disappointment in the short-term but hope for the long-term. Paramunda and other members of her congregation were in Paris when an agreement on the accord was reached and, she recalls, "we, the [members of civil society], rejoiced after tirelessly working for it for years."

Now, the situation is dire, she told GSR. "It is very unfortunate that even after meeting with Pope Francis — who tried to convince Trump not to back out of the global pact — President Trump took this decision."

"I feel this act is of dire consequences not only to the people of the USA but more particularly to the less privileged people living in more dangerous places like the small island states and the least developed countries, " she said, citing Bangladesh and Sri Lanka, two south Asian countries dealing now with, respectively, the effects of a cyclone and deadly flooding.

What gives Paramunda hope, she said, "is that countries like China, Germany and India are ready to take the lead in implementing it [the Paris Agreement] as they realize the global responsibility in dealing with this global problem."

Paramunda notes, too, that a number of U.S. governors, mayors and corporate leaders disagree with Trump's decision and that polls show that "a majority of the people in the United States are committed to implementing the Paris agreement."

"When it comes to actions, it is the committed people who matter," she said, noting that world leaders, including former U.N. Secretary-General Kofi Annan, have said the Paris agreement was the result of agreement by many nations and that it cannot be undone by a single country.

"Let this challenge unite the world to do more for a better world," Paramunda said. "The good news is that there are more good people in the world who care for the common good — our Mother Earth." 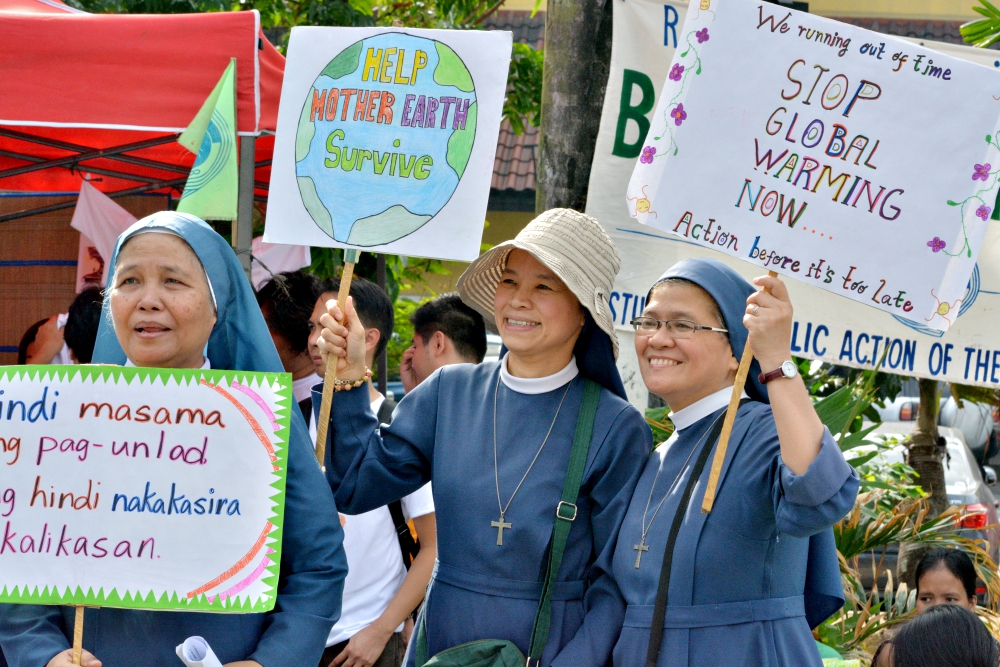 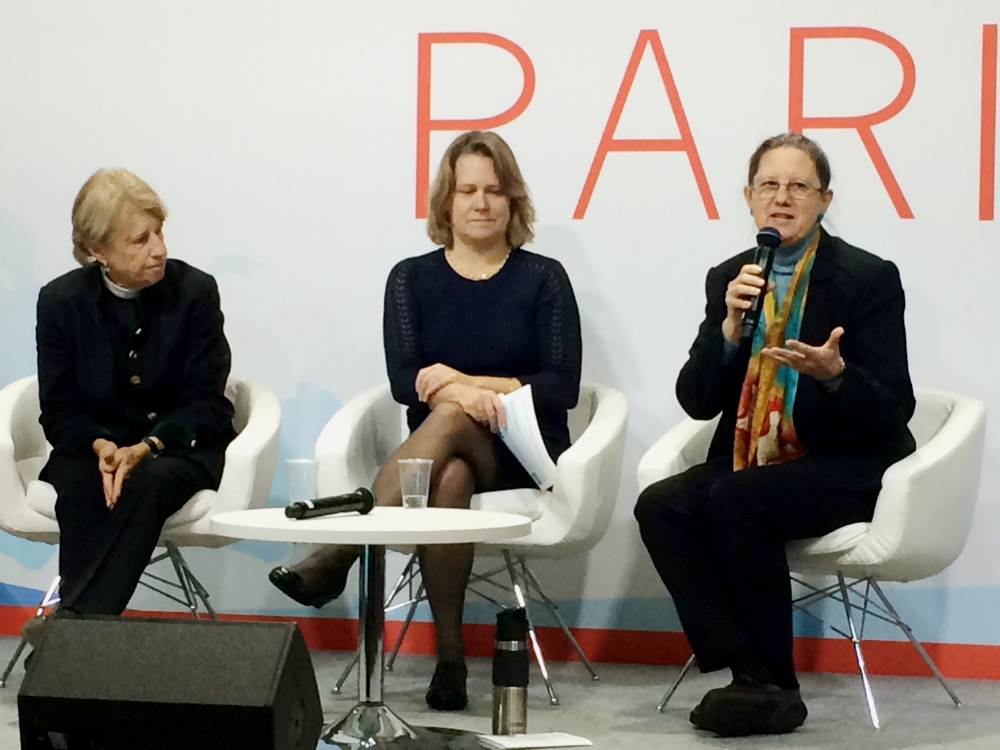 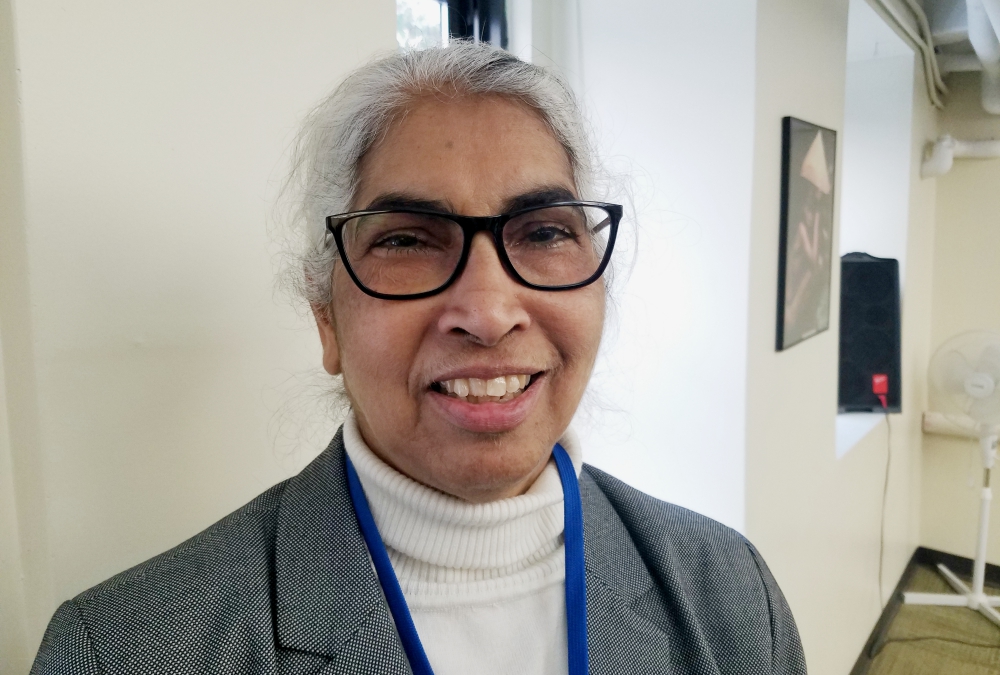 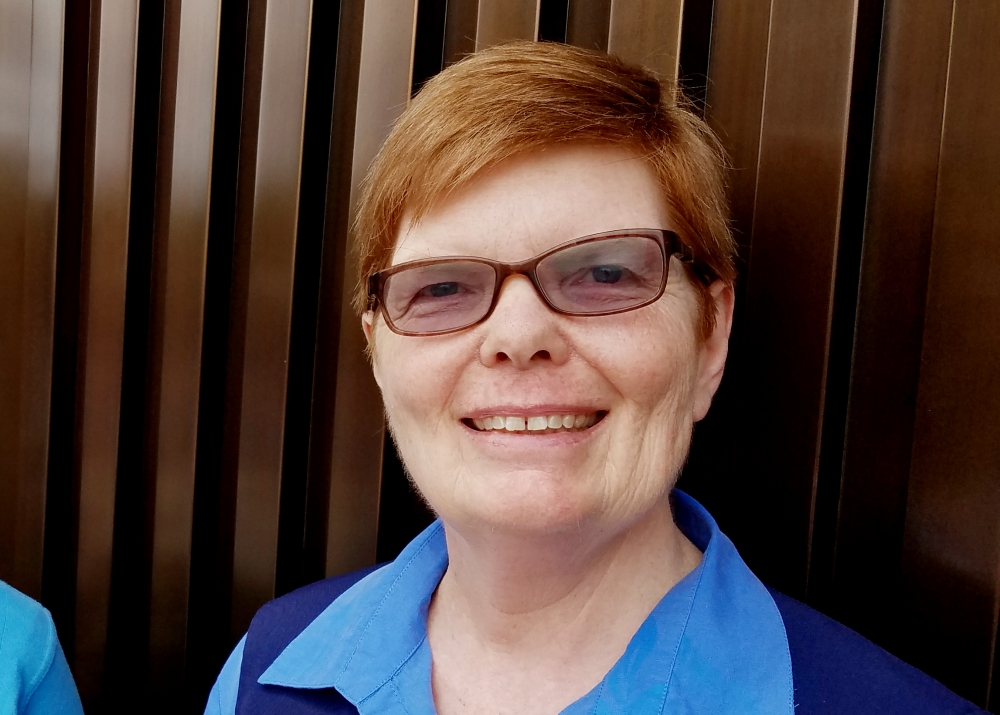 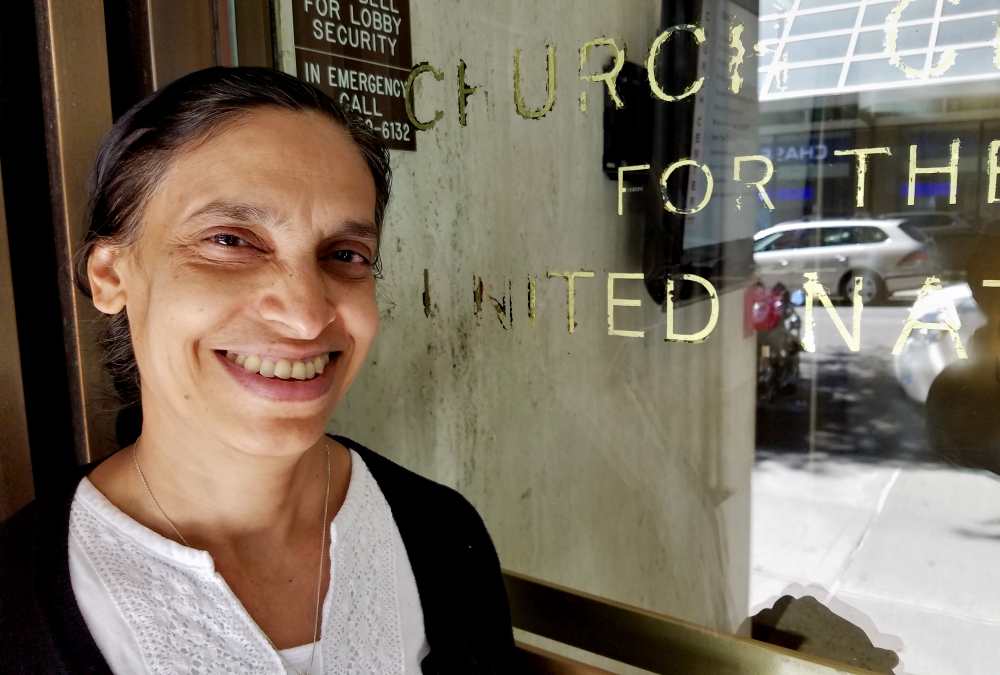