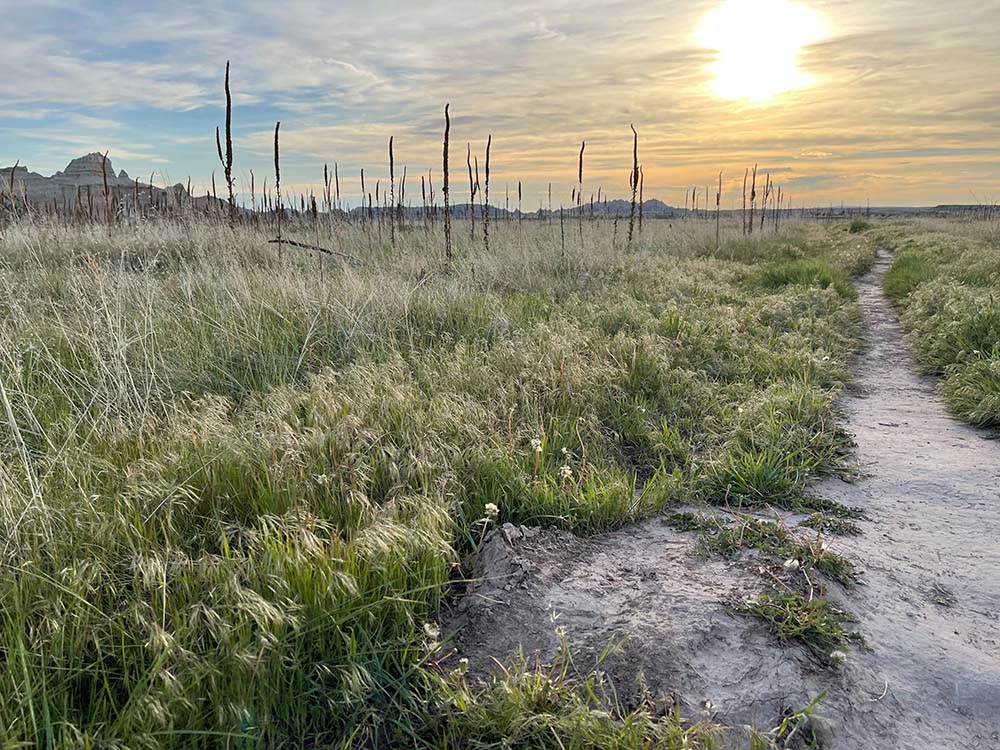 Months after the plenary of the International Union of Superiors General (UISG) in May, I find myself thinking about many of the talks and sessions held during the week that inspired me. One in particular by Jessie Rogers, the first laywoman to be dean of St. Patrick's College in Maynooth, Ireland, "Wisdom for the Synodal Journey," inspired the UISG assembly to engage in this new journey called for by Pope Francis, relying not on ourselves alone but with a community and with aptitudes for wisdom.

She deftly unpacked the mysteries of wisdom in such engaging and challenging ways I feel compelled to share a little of its content with others.

First, Rogers characterized wisdom as a spiritual aptitude and disposition rather than an intellectual body of knowledge, "the ability to choose the best goals to discern the best path to get there." 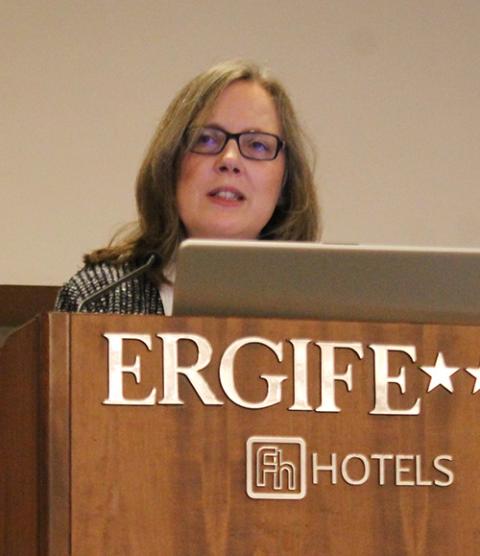 She quoted a Scripture passage familiar to most of us: "The fear of the Lord is the beginning of wisdom," explaining that fear in this statement means reverence, taking God seriously so that our lives and commitments are consciously shaped by what we know of God's will and calling, for us and for the world.

She continued describing reverence as the awareness that the cosmos is an interconnected web of life on a journey of becoming and that we are to partner with God in the mission of reconciling and restoring all things in Christ (Colossians 1:15-20).

The urgent need of this partnership is wisdom to discern and participate in every impulse toward life and love that reveals God's presence, even in the midst of brokenness. It requires that we be welcoming to a God of surprises who is by nature always calling us into unknown journeys.

Living this new call as a journey of wisdom is not and will not always be easy, and only possible through willingness and attentiveness to "keep close to God and [to notice] what God is doing."

I am living the "not easy" part these days as I pack up to leave California for South Dakota, after nearly 25 years, where my congregation is waiting to welcome me and wondering exactly "what God is doing" through this new adventure. But I take solace from passages by John of the Cross, which I paraphrase slightly, that give me hope: "I went to where One was waiting for me — One I knew so well," from Dark Night of the Soul, and "Seeking is my only hope," from Living Flame of Love.

Rogers reminds us, too, that cultivating wisdom attitudes can be nurtured by recalling how God has worked in the past. God's chosen people were given the advice to remember all the things God had done for them while wandering in the desert and, at the same time, to also forget those things: "Do not remember the former things or consider the things of old."

As is often true with God's messages, there seems a contradiction: remembering, yet forgetting. Rogers explained that the people were to "forget just enough to create a space for God's newness."

It reminded me of the Resurrection story of Mary Magdalene in the garden when the resurrected Jesus said: "Do not cling to me," do not be limited by what you already know. "Go tell your brothers what you have seen and tell them to seek me in Galilee" (Matthew 28:10).

If we cling to what we think we know we cannot be attentive to "the God who will take the story further," Rogers said. We cannot "trap the future in the cage of the past."

Discernment thrives in an environment of curiosity, contemplative wonder, compassionate attentiveness and hope.

Rogers' way of using scriptural images opened me to new ways of thinking about wisdom: staying alert and responsive to new things being revealed. St. Paul suggests this in Ephesians 1:17-23 when he prays for "wisdom and perception of what is revealed." Jesus used parables to teach his disciples the wisdom way: "Every scribe who has been trained for the kingdom of heaven is like the master of the household who brings out of his treasury what is new and what is old" (Matthew 13:52).

Like Jesus, Rogers called us to "to discern what to cherish in the old and what to embrace in the new," while being "suspended between the past and the future."

Suspension gives us freedom, but freedom for what? Freedom to face the totality of the past, both its light and darkness, individually and collectively. Our experience teaches us that the past is always both life-giving and death-dealing, but requires discernment to recognize which is which and to not be afraid of embracing the risks of the present that will take us into a new future.

Rogers describes this freedom for discernment as a continuing cycle, a dance with God, similar to the women whom Miriam led in a dance of celebration of liberation (Exodus 15:21).

Discernment thrives in an environment of curiosity, contemplative wonder, compassionate attentiveness and hope. Rogers quotes from Pope Francis in Evangelii Gaudium: "The kingdom is here, it returns, it struggles to flourish anew. Christ's resurrection everywhere calls forth seeds for the new world; even if they are cut back, they grow again, for the resurrection is already secretly woven into the fabric of this history, for Jesus did not rise in vain." 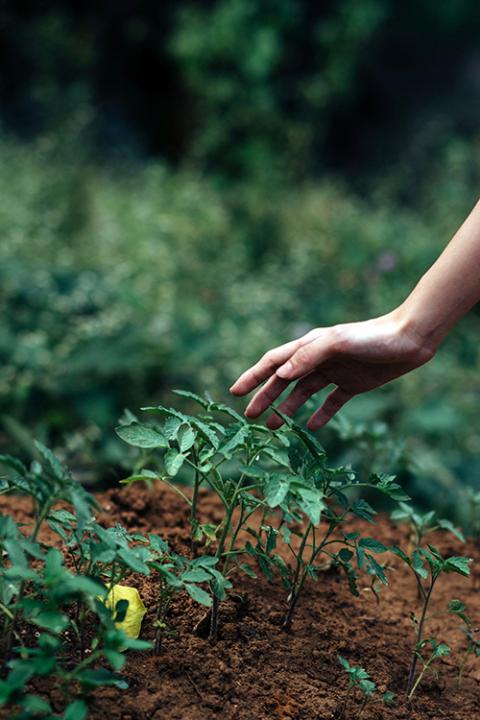 It is our hope that sustains us, but living in hope does not protect us from the darkness of our world. We remain vulnerable and reminded by Rogers that as followers of Jesus, we need to remember: "What the world calls weakness, foolishness and failure, is actually the power and wisdom of God in action."

Part of that call as followers is, like Jesus, to absorb the violence of our world: "Without retaliating or backing down, by neither fighting nor fleeing but by persevering in faithful obedience to his Father, Jesus unmasked the lies of the powerful and suffered in solidarity with the powerless," creating space for the possibility of reconciliation that restores humanity to its humanity. "It means sowing seeds hopefully, even when we are weeping, entrusting the growth to God."

While the call is to absorb the violence of the world, Rogers adds a caveat for us women. We need to be especially discerning about our motivations for "laying down our lives" in a patriarchal world. We have first to be convinced of our own "inestimable worth in God's eyes to find the inner freedom to give ourselves in love," to hear the affirmation, "You are my beloved daughter, I delight in you" (Luke 3:22).

I found this reminder very touching, knowing from experience how easy it can be to give more than needed and suffer the consequences. Temptations that come out of a sense of inadequacy or lack of trust in ourselves can lead to a lack of freedom and saying yes too often. We can forget that "our lives are God's" and need to be cherished. This discernment is not easy for many of us.

Describing wisdom as the pathway to choosing the best goals and paths in our partnership with God, Rogers suggests two practices important for synodal discernment: "knowing when to speak and when to be silent, and the practice of hospitality."

Again, neither practice is easy because of our tendency to judge actions as either right or wrong. But, she insists, "wisdom consists in knowing the opportune time" — when to connect, when to listen and when to speak our truth with courage.

Too much silence can be a refusal to connect with others or deprive them of our unique insights, which can inhibit communal discernment. On the other hand, she noted, "silence can create space for understanding, for conversion and for growth" — an act of radical hospitality "that makes room [for the other] in our lives" and "recognizes the ways we are dependent on the radical hospitality of others."

Rogers concluded the reflection with what she called "an extravagantly generous invitation from the letter of James ... 'If any of you is lacking in wisdom, ask God, who gives to all generously and ungrudgingly.' " The road to "God's dream for the world" that we share, is made by walking, journeying with the Spirit and one another and all of creation.

Palpable silence filled the room as she ended, which for me was a sign of how deeply her words had touched our hearts and minds. The words and message linger with me still.