A decade ago “In Good Conscience: Sister Jeannine Gramick’s Journey of Faith” premiered at Lincoln Center’s Independents Night in New York City. The film chronicles Gramick’s journey from quiet nun to groundbreaking advocate and minister to the Catholic gay and lesbian community, and it explores her response to her silencing by then-Cardinal Joseph Ratzinger. Directed by Emmy-winning documentarian Barbara Rick and shot by legendary filmmaker Albert Maysles, “In Good Conscience” went on to play many film festivals across the globe and to win scores of awards.

On November 15, the film returns to the festival circuit as part of Believe Out Loud’s Level Ground film festival, which runs Nov. 14-16 in New York City. (Tickets here.)

As part of this 10-year anniversary, Rick and her documentary non-profit, Out of the Blue Films, is currently producing an updated version of the film. GSR sat down with Rick to discuss the film and what viewers can expect from the 10th anniversary edition.

For those who haven't seen “In Good Conscience,” would you say what it was about Sr. Jeannine that compelled you to make a film about her?

I'm a lifelong journalist, and I was writing the news at one of the networks on a Saturday back in the spring of 2000. Part of the job is looking at newspapers and online to see what is going on in the world. I stumbled across something in The New York Times about an American nun who was refusing to be silent over her ministry to gay and lesbian Catholics. I remember just sitting up as straight as can be in my chair. I was like, "Oh my God, she is really doing something powerful."

This is a woman who is doing something revolutionary by refusing to be silenced by the patriarchal hierarchy of the Vatican. That just resonated very deeply with me: a woman standing up without fear (or in spite of fear) and saying, "I refuse to collaborate on my own oppression.” That just hit such a deep chord in me.

Issues surrounding LGBT rights and inclusion were in a remarkably different place back in 2000 than they are now. Did you have any reservations about the subject?

There was a lot of homophobia back then. I'm not gay and had never really entered into that subject in my work. I remember saying, ‘Gee, I probably shouldn't make this film because I'm not gay and it doesn't really have anything to do with me.’ I even remember thinking, ‘Somebody might think I'm gay if I do this story.’ I look back on that foolishly now. Today, I think, ‘Why would you hesitate?’ But those kinds of thoughts go through your head when you're picking out subjects. I was worried that maybe it wasn’t my story to tell. Eventually I just decided that I didn’t really care what people thought.

It took you nearly four years to complete “In Good Conscience.” What did Sr. Jeannine’s story teach you about your faith? What do you hope the film teaches all of us about faith?

Her ability to speak truth to power and to deal with her enemies who outrank her really sets her apart. I'm so impressed by her persistence and her humor, her love for humanity, her dogged nature. She's just determined. She just doesn't give up. I really think she is a prophet. She has been fighting the way forward many decades. She was inspired by her friend Dominic, who asked, ‘Sister, what is the Catholic church doing for my gay brothers and sisters?’ That is the question that has hounded her for whole life. She has been determined to make it a better church than the one Dominic left when he died of AIDS.

What do you think, 10 years later, is the significance of her story?

I think she was a part of this transformation that has happened in the treatment of gay and lesbian Catholics and gay and lesbian people throughout the world. She is part of the realization that all people are deserving of love, rights, respect and marriage. There was no talk of same-sex marriage 10 years ago. It's very powerful to see how much the world has changed. I like to think that this film had a very tiny part to play in all that. The world was in the process in of changing, and we were documenting a little piece of that change. It's one of the reasons that we wanted to revisit the film.

What will be new about the 10th anniversary edition?

We're cutting it down from feature length to 45 minutes. In order to be effective, we need to tighten things up, shorten them, and present them a little more efficiently. There is a whole generation that isn't aware of Sr. Jeannine and the work that she's done. We thought the best way to do that would be to condense it and to put a new ending on it. I hope to do it in kind of a humorous way, like, ‘You'll never guess what happened.’ At the end of the film she will reflect on all of the changes that have happened since the film was made. We hope it will be out by the end of the year and to make it available through iTunes and other platforms.

Your film company is a nonprofit, so how are you funding the revised edition?

We're about 30 percent shy of funding for the whole project. Many of the major donors who funded the film 10 years ago have given their support for the updated version, so that is very moving. It's a real testament to the film and to the work Sr. Jeannine does. People still feel it's still relevant and important to get the message out there.

Note: To learn more about “In Good Conscience,” watch the trailer for the new edition at its official website.

[Jamie L. Manson is National Catholic Reporter’s books editor and a regular columnist. She received her Master of Divinity degree from Yale Divinity School, where she studied Catholic theology and sexual ethics.] 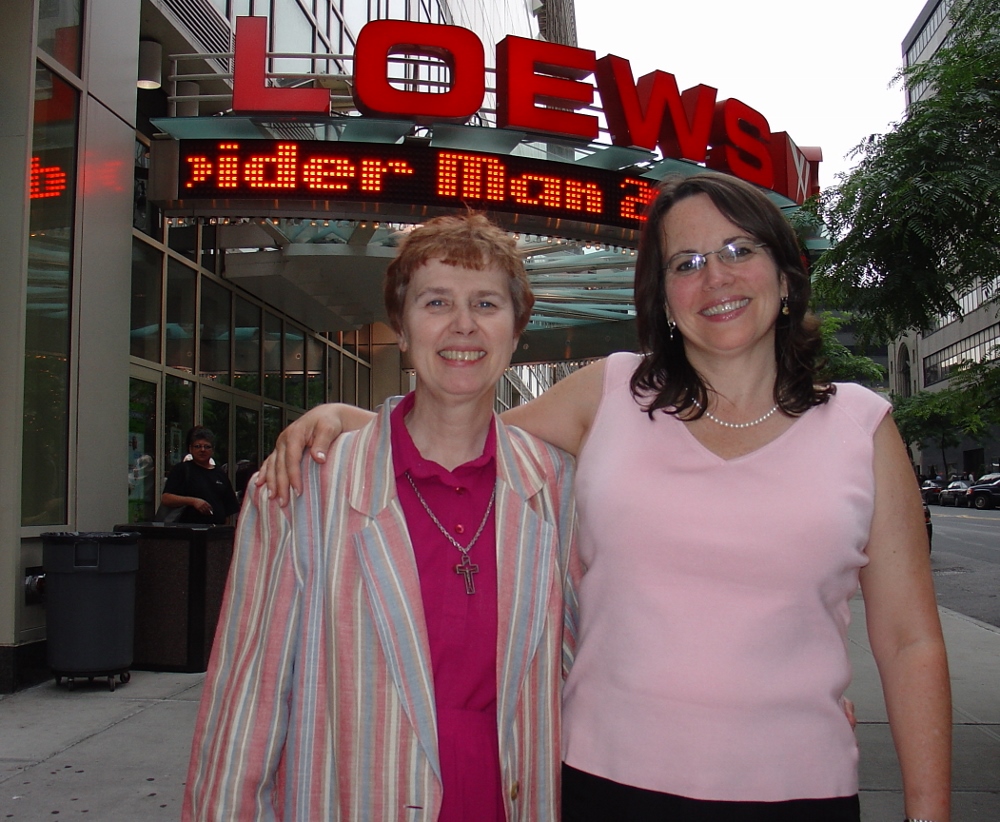 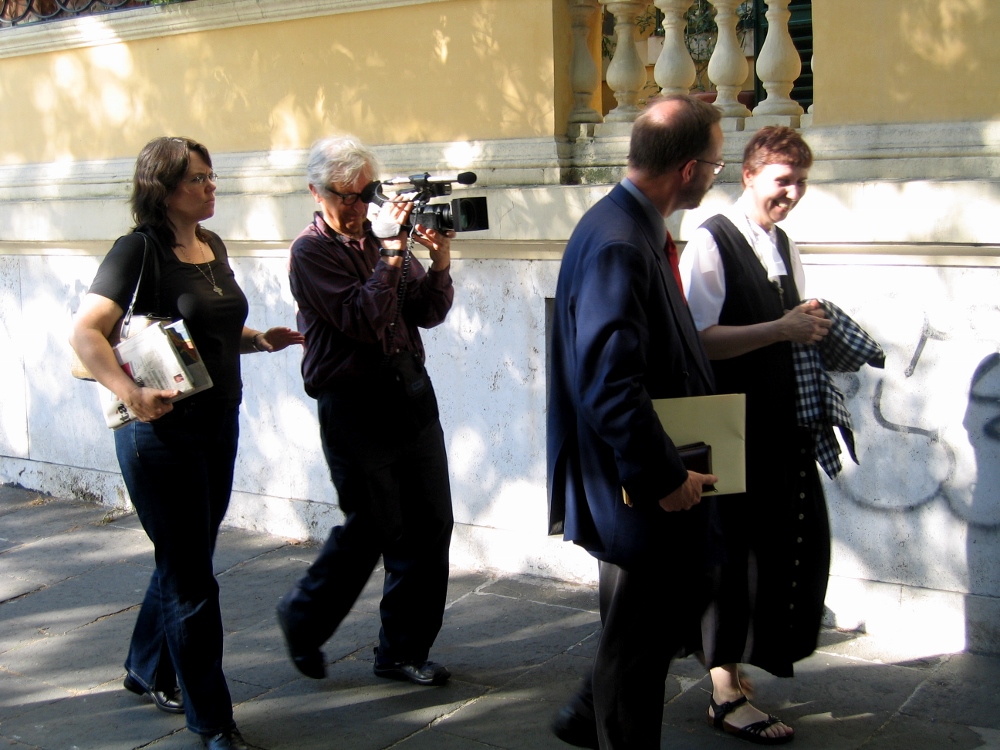 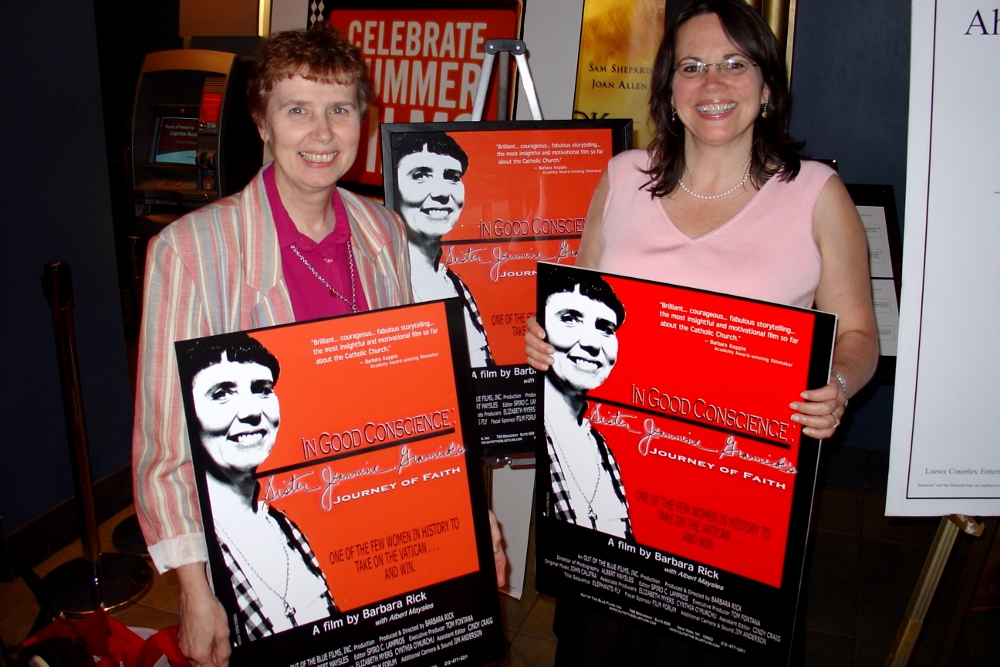 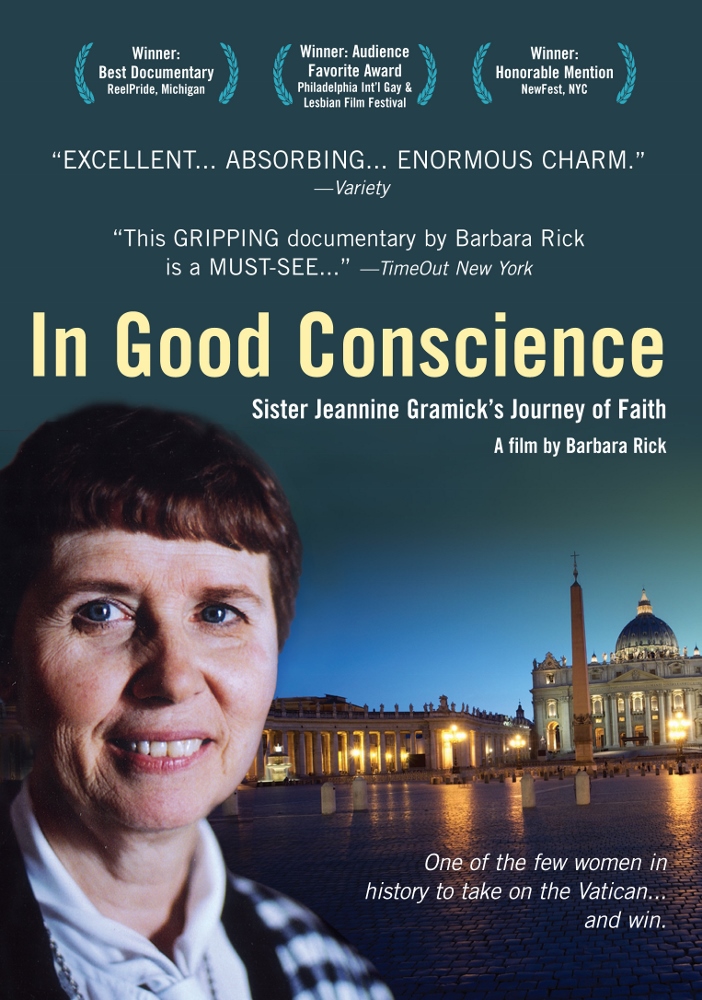