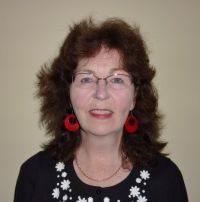 Beth Griffin is an award-winning freelance journalist based in Rye, New York. She is the New York correspondent for Catholic News Service. Beth was educated by the Sisters of Charity of New York and the Jesuits. She worked in communications and media relations for Catholic Relief Services and the U.S. Conference of Catholic Bishops.

The Sisters of Life provide material, emotional and spiritual outreach to pregnant women in crisis, helping more than 900 women at the former New York City convent each year.

While it may come as a shock, humans are neither central nor supreme in the grand scheme of creation. Humans have a place among other beloved creatures of the same living God, and it’s more humble kinship than dominion. On Friday evening, St. Joseph Sr. Elizabeth Johnson, distinguished professor of theology at Fordham University, shared thoughts on the idea of such kinship with nature and described new ways to understand how humans fit into God’s work of creation during a well-attended talk at Mary House, a Catholic Worker house in New York’s East Village.

Maryknoll Lay Missioners celebrated its 40th anniversary in August. It began as a collaborative effort of the Maryknoll Fathers and Brothers and Maryknoll Sisters, but became a separate organization in 1994. Since 1975, more than 700 Catholics have served as Maryknoll lay missioners in Africa, Asia and the Americas. The current class ranges in age from 23 to 60 and reflects the organization's historical composition of single men and women, couples and families.

Sisters to march in support of climate change solutions