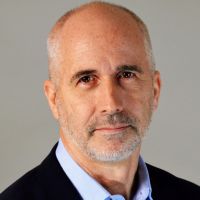 David Gibson is the director of Fordham University's Center on Religion and Culture. He was formerly a national reporter for Religion News Service and an award-winning journalist, author and filmmaker.

Republican presidential front-runner Donald Trump convincingly won the Nevada caucuses last night but he is still struggling in what might be called "the Pope Francis primary."

Nuns on the Bus is hitting the road again, starting in St. Louis and ending up in Washington, D.C., in time for the pope's visit to our nation's capital. Sr. Simone Campbell is once again the driving force behind the newest iteration of the “Nuns on the Bus” phenomenon; she thinks whatever their modes of travel, both the pope and the Catholic sisters are united in their core themes: a faith-based promotion of economic justice and political consensus for the common good.

Sr. Mary Ann Walsh, a quiet nun with a keen wit who led a very public life as a journalist and a longtime spokeswoman for the U.S. Conference of Catholic Bishops, died on Tuesday after a tough battle with cancer. She was 67 and died after five days in a hospice in Albany next to the regional convent of the Sisters of Mercy, the religious order she entered as a 17-year-old novice in 1964.

New Jersey nun beatification set for next month in Newark

New Jersey is home of the latest American saint, a Bayonne-born nun who is to be beatified in Newark next month. The beatification of Sr. Miriam Teresa Demjanovich, who died in 1927 at the age of 26, puts her one step away from formal canonization.

Hobby Lobby beat the contraception mandate, but the nuns may not