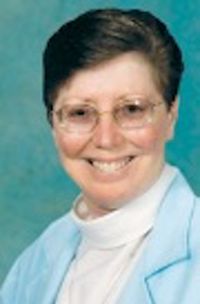 Lou Ella Hickman is a member of the Sisters of the Incarnate Word and Blessed Sacrament and is a former teacher and librarian. Her poems have appeared in numerous magazines such as America, First Things, Emmanuel, Third Wednesday, and new verse news, as well as in four anthologies: The Night's Magician: Poems about the Moon, edited by Philip Kolin and Sue Brannan Walker; Down to the Dark River, edited by Philip Kolin; Secrets, edited by Sue Brannan Walker; and After Shocks: The Poetry of Recovery for Life-Shattering Events, edited by Tom Lombardo. She was nominated for the Pushcart Prize in 2017. Her first book of poetry, titled she: robed and wordless, was published in 2015.

Stories around the table: 'The Help' is a celluloid parable

Despite mixed reviews, "The Help" is even more relevant today than 10 years ago. When seen with the eyes of faith, it is a parable: a story of the Eucharist hidden in the bread and wine of friendship and hospitality.

To see as God sees is to hope. How God sees us is the cord that binds us into a humanity that struggles to hope, to see the good in ourselves and in each other. I hope. What's your superpower?

The Eucharist, gratitude and a spirituality of surprise

To make the surprise of gratitude a part of one's eucharistic spirituality, one needs only to become aware of opportunities that appear regularly in one's life. Here are some of my moments of "surprise as Eucharist."

Invite women of the Hebrew Scriptures to be a part of your prayer. By honoring the feminine metaphors and allegories, we can feel the presence of God and understand God's message for us.

Praying with women in the Bible

The Way of the Cross: the way of kindness