A week back I had the pleasure of spending an afternoon and evening with the Dominican sisters in San Rafael, California. Over a dinner meal several of us talked about books and which authors had influenced our thinking in recent years. Someone asked me: “Which book, published in recent years or decades, most influenced my thinking?”

Not an easy question to answer. Most of us, it seems, pick up insights from many books along the life journey.

Pressed, I answered, Thomas Berry’s Dream of the Earth, published by Sierra Club Books in 1988. That book first introduced me to what’s often now referred to as “the New Cosmology” or “the New Story.” It provided me a fresh intellectual-ethical base from which to view life, the human community and its place in the much wider story of the universe. It also placed the health and survival of planet Earth before my nose as the key life issue of our times.

That evening I gave a talk before the sisters’ community and invited guests. At the end of that talk, I asked the same question of the audience: “Which book had influenced them as no other in recent times?”

The sisters gathered the responses sorted the names, passed along the list. I told the good sisters I would share the results.

The book most often mentioned as influential for this group? Drum roll . . .

By now, most Global Sisters Report and NCR readers are familiar with Quest and the trouble it eventually caused Johnson.

Each chapter reflects on new images and ideas about God — aspects of the Divine Mystery, Johnson states, that the Christian tradition may have forgotten or overlooked. The book develops what is called contextual theologies that rise out of life experiences. In the book, Johnson also outlines theologies arising from insights taken from modern science, as well as Christian scripture and tradition.

These efforts didn’t go down well with the U.S. bishops’ doctrine committee, which discovered the book many years after it was published. Frankly, as one who followed the controversy and the U.S. bishops’ doctrinal committee’s assessment of the book, I don’t believe most of the committee bishops ever read the book before judging it. The committee take on the book was a hatchet job, not trying at all to understand the text, but rather almost solely to tear it apart, page-by-page, chapter by chapter. Meanwhile, almost to the last colleague theologian, Johnson won widespread support. Frankly, it will be remembered as one more clerical put down of a thinking Catholic woman. (But all that’s another story.)

Okay, so second on the list of repeated authors was Jesuit Pierre Teilhard de Chardin who introduced into contemporary thought the idea of “evolutionary Christianity,” developing the notion that Cosmic and human evolution is moving toward the “Omega Point,” full union with God.

Teilhard de Chardin, of course, was highly influential in shaping Thomas Berry’s thinking, and Berry, in turn, has influenced a generation of spiritual thinkers who are drawing upon science to discern their relationships with the Divine. Indeed, Berry wrote that Creation is the primary revelation.

Another author whom several people noted as most influential is another disciple of Teilhard de Chardin, Diarmuid O’Murchu He is a member of the Sacred Heart Missionary Order and a graduate of Trinity College, in Dublin Ireland. A social psychologist, O’Murchu has combined social ministry with book writing. Today he is

viewed as one of the most respected evolutionary theologians alive. O’Murchu is the author of the landmark Quantum Theology: Spiritual Implications of the New Physics and more recently, God in the Midst of Change: Wisdom for Confusing Times.

Two thoughts come to mind when looking at these list of influential authors: 1. These Dominican sisters and their friends are open-minded, spiritual seekers. 2. They see the handwork of God revealing itself in creation and the story of the universe. 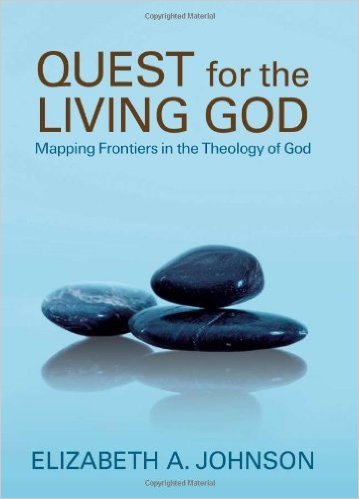