It does not take long to understand why Bangladesh is often cited in discussions about climate change and why the country could often be discussed during the United Nations' conference on climate change, which runs Nov. 30 to Dec. 11 in Paris.

Anyone who has traveled, as I recently did, from the Bangladeshi capital of Dhaka to the country's "second city," Chittagong, along the coast can see how low-lying areas are vulnerable to flooding from catastrophic, or even noncatastrophic, events.

From a train window, this flat, green expanse can be singularly beautiful. It has been said there are shades of green in Bangladesh you don't see anywhere else.

Yet the geographic position and shape of the Bay of Bengal make this coastal area uniquely vulnerable to the hazards of nature. In November 1970, at least 300,000 people — and by some estimates, perhaps as many as 500,000 — perished in the Bhola cyclone, one of the deadliest cyclones in recorded history.

Though Bangladesh has been spared an event of that scale since, there have been numerous cyclones, floods and storms, and the cumulative effects have been devastating.

On Nov. 23, a U.N. report put this dynamic in a global context, and the news is sobering. The report, "The Human Cost of Weather-Related Disasters," concludes that since the first international climate change conference in 1995, 6,457 recorded weather-related events — droughts, floods, heat waves and the like — have caused 90 percent of major disasters in the world.

Those numbers may not capture the imagination. Don't weather-related events always cause most of the major disasters we experience? What is telling about the statistics — culled and analyzed by the U.N. Office for Disaster Risk Reduction and the Belgium-based Center for Research on the Epidemiology of Disasters — is what they say about increasing incidents. There have been 335 weather-related disasters annually between 2005 and 2014, a 14 percent increase from 1995 to 2004. And those numbers are double the level of disasters from 1985 to 1994. Double.

The study also said that since the mid-1990s, more than 600,000 people have died because of these disasters, and another 4.1 billion people have been "injured, left homeless or in need of emergency assistance" as a result of weather-related disasters.

"While scientists cannot calculate what percentage of this rise is due to climate change," the report said, "predictions of more extreme weather in future almost certainly mean that we will witness a continued upward trend in weather-related disasters in the decades ahead."

Though Asia is bearing the brunt of these problems, interestingly, the country with the highest number of natural disasters, the report said, is the United States (with 472 events), followed by China (441), India (288), the Philippines (274) and Indonesia (163).

Bangladesh was one of the top 10 countries "with the highest absolute number" of people affected by disasters — 131 million. That is more than 80 percent of Bangladesh's population of roughly 160 million.

While the loss of human life is to be mourned, it is also clear that countries like Bangladesh are paying an economic price for these problems. The report said perhaps as much as $300 billion is lost annually to natural disasters. In her introduction to the U.N. report, Margareta Wahlström, who heads the world body's disaster-risk reduction office, said weather and climate "are major drivers of disaster risk and this report demonstrates that the world is paying a high price in lives lost. Economic losses are a major development challenge for many least developed countries battling climate change and poverty."

The links between climate, disasters and poverty are ones that will be made repeatedly at the upcoming U.N. conference, or COP21. Among those making the point will be Sr. Celine Paramunda of the Medical Mission Sisters and other women religious who work at the United Nations.

To Paramunda, a basic and fundamental question is: "Why are people poor?" One of the answers — and I can confirm this, having seen the dynamic in Latin America and Africa as well as Asia — is Paramunda's observation that small landowners are having trouble keeping their land. Land grabs by larger landowners and agribusiness interests are becoming increasingly common in the world, forcing small farmers to leave rural areas.

"This is causing great inequity and extreme divisions between people," Paramunda told me in a recent interview. Climate change is making these challenging situations even worse. If a family is having trouble staying on its land, a flood or a cyclone that destroys or seriously damages a family farm may be the event — the final straw, so to speak — that finally tips the decision for a family to move to an urban area in search of work.

In short, climate change is "affecting those who are already facing challenges," she said.

Benedict Alo D'Rozario, who heads Caritas Bangladesh, part of the international Catholic humanitarian confederation, said it is true all of humanity shares responsibility for climate change.

"We all must review our lifestyle to find ways to stop further damage to beloved mother, the Earth, 'our common home,' as termed by Holy Father Pope Francis," D'Rozario told me recently. Industrialized nations and their greater carbon footprints share greater responsibility, he added, but countries like Bangladesh feel the worst effects of humanity's bad habits. D'Rozario calls Bangladesh and other such countries "the worst sufferers."

D'Rozario, like Paramunda, supports one of the solutions that will be debated in Paris: the creation of a global fund to help developing countries like Bangladesh find renewable energy sources so they are less dependent on cheaper fossil fuels like coal. Bangladesh is already eyeing eight major projects in this area, D'Rozario said, and "this is a right step."

D'Rozario said he is optimistic about these changes because of his knowledge of the country and the communities in which Caritas works.

Affected communities have been working on climate change adaption and disaster-mitigation initiatives for some time, he said. "Caritas has been with the community to learn from their local adaptation measures such as saline-tolerant paddy, drought-resistance crops, and floating gardens in order to scale up these innovations. We will continue to do this in the future."

How will the Paris talks go? As reported Nov. 23 in the journal Nature, one prominent Bangladeshi environmentalist said he believes the negotiations may be difficult but that ultimately good will come out of the talks, which will deal not only with the so-called green fund to help developing countries but, more prominently, focus on new international agreements to reduce greenhouse gas emissions.

"We are in for some tense negotiations, but I think we'll come out of the other end with an agreement," said Saleemul Huq, director of the International Center for Climate Change and Development in Dhaka, who will serve as an adviser to a bloc of countries like Bangladesh at the conference.

Part of what is driving the talks is a real sense of urgency. As we have seen in the last few weeks, given events in Paris, Syria, Lebanon, Baghdad and Mali, ideas of security in the world are now interrelated.

"Security in this globalized world means security for all," Paramunda said. "We can't go back to an earlier era; we are all interconnected now." Migration from rural areas to urban centers, as well as from country to country, are proof of that.

In the end, it is a matter of environmental justice, Paramunda said. "Every human being has the right to live a dignified right." In countries like Bangladesh, the shorthand phrase for that dynamic has been "development." Though the word is often contested, it can be a word that represents a sense of workable peace — of societies functioning well and providing a measure of fairness for all.

And though it become a mantra bordering on cliché, it is also true: "Without justice," Paramunda said, "there is no peace."

[Chris Herlinger is a contributing writer to GSR and also writes on humanitarian and international issues for NCR. Food Fight: Struggling for Justice in a Hungry World is co-authored with photographer Paul Jeffrey and is published by Seabury/Church Publishing.] 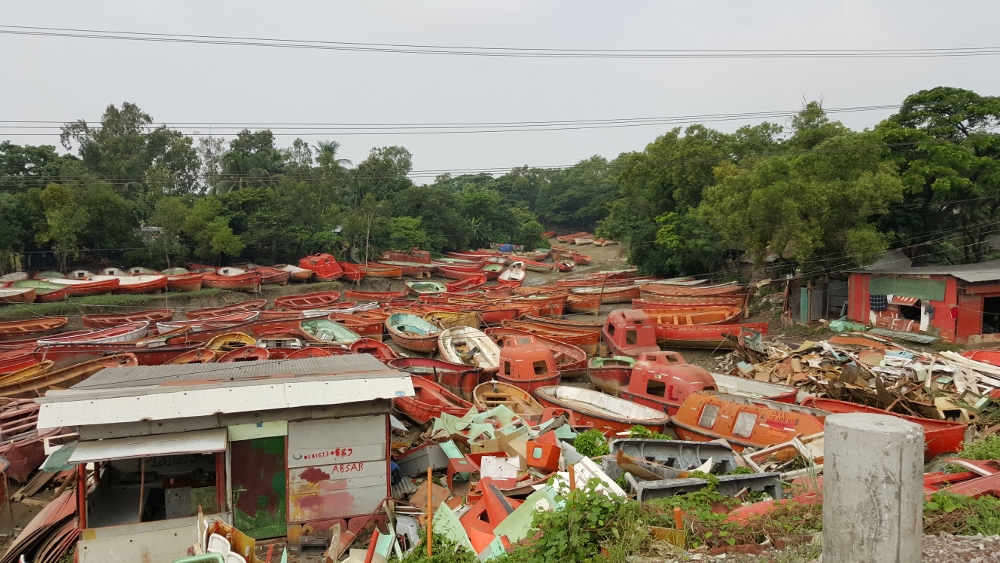 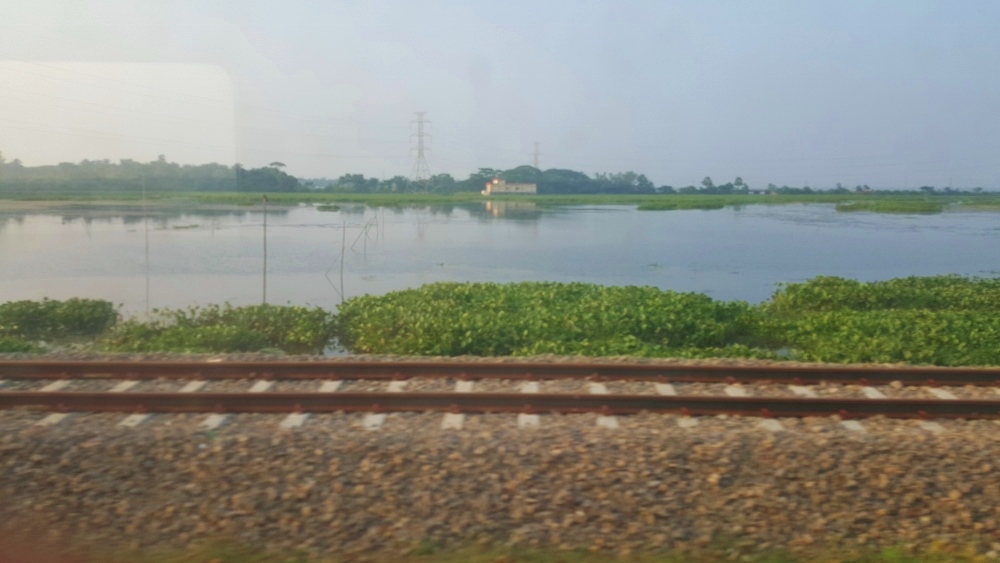 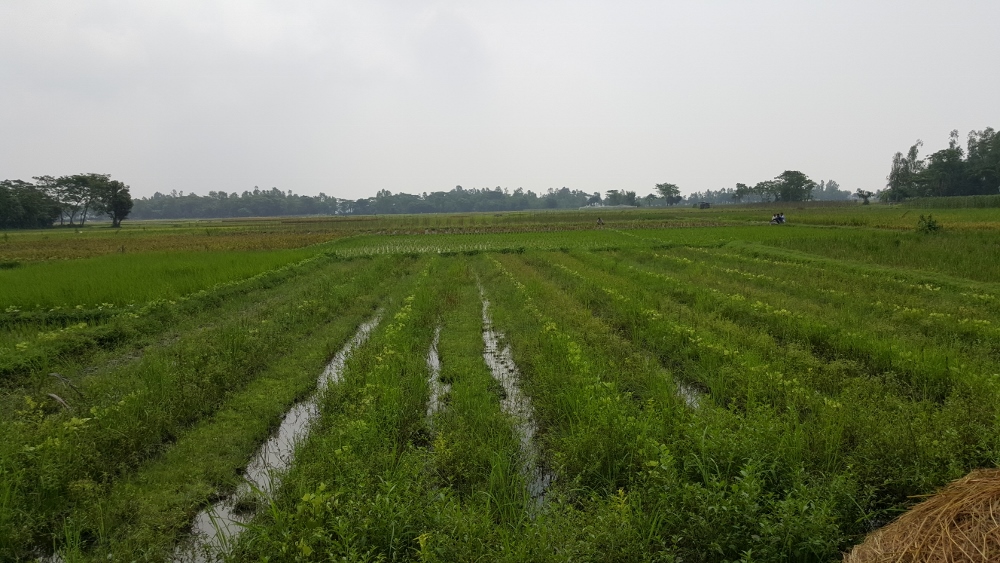 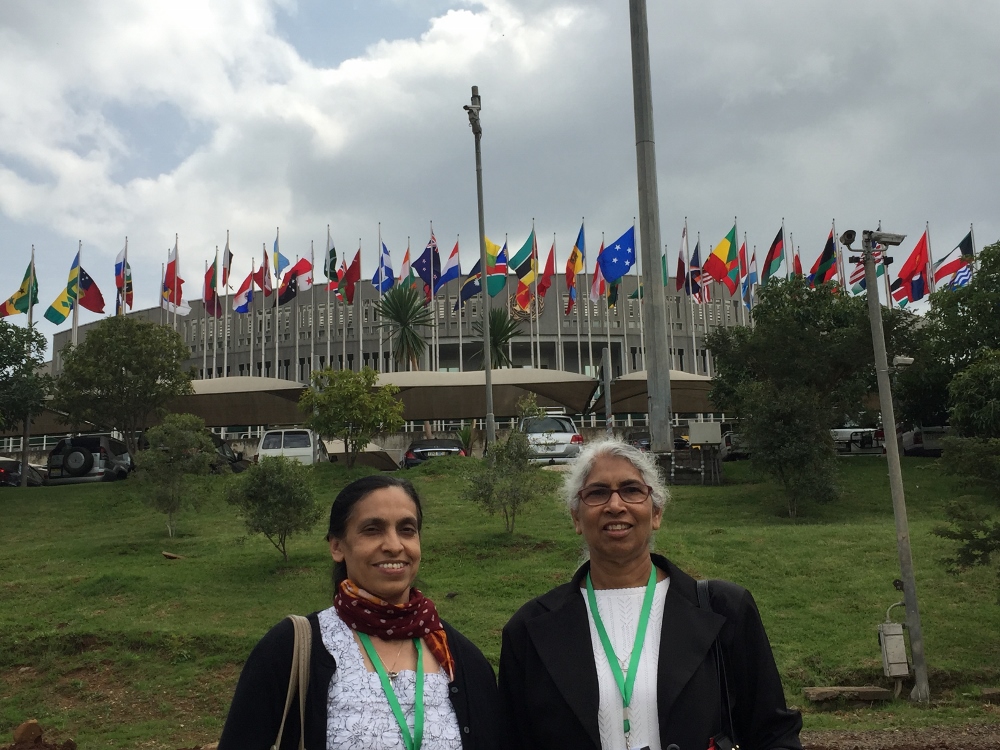 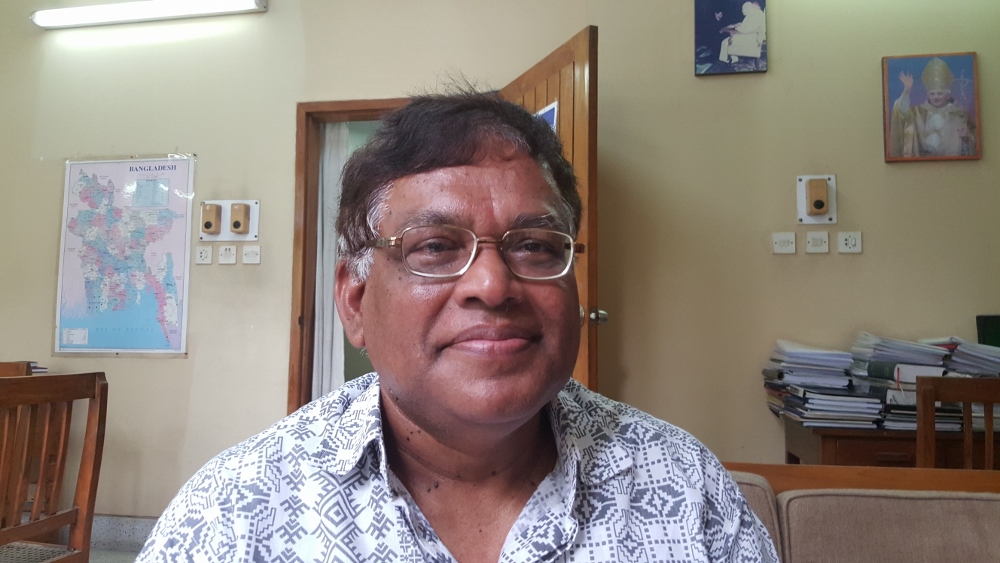 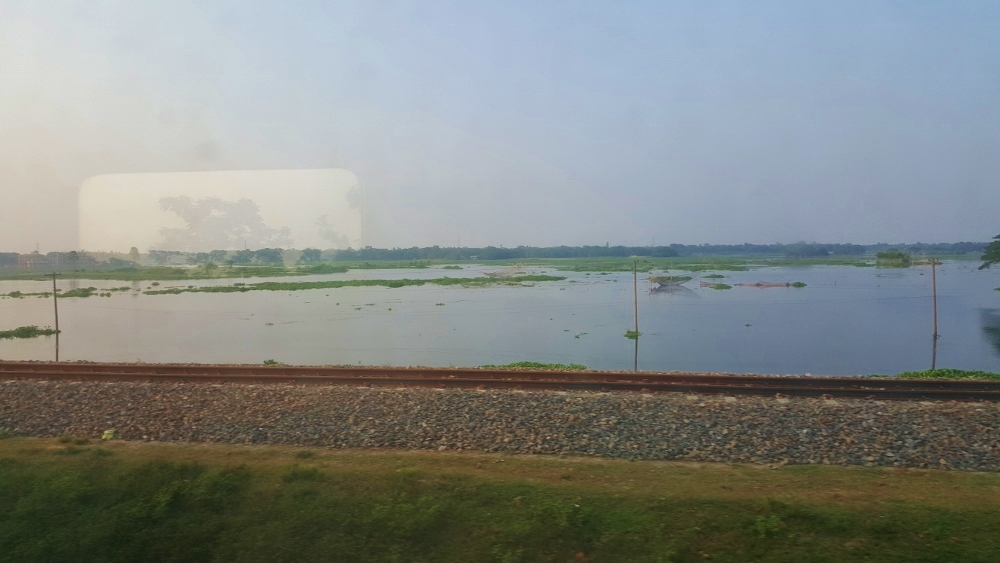