I left my Global Sisters Report desk on Feb. 21 for a morning of "democracy in action."

"It" addressed the Trump administration's proposal to repeal the Obama-era Clean Power Plan. The plan is intended to reduce carbon emissions and encourage coal-burning power plants to seek more sustainable sources of power.

It was one of just four public listening sessions held by the Environmental Protection Agency in the entire U.S., and it was in Kansas City. How could I live here and not go?

Next big decision: Should I sign up to speak? Even though I'm a biologist with years of experience teaching environmental science, my first thought was "Nah! I don't have anything unique to add — I will just go listen and take notes."

Maybe it was not humility that prompted my initial response. Maybe it was the memory of similar occasions in which our small band of environmentalists had been outnumbered by the crowd of large and angry coal miners loudly demanding jobs.

What helped me decide otherwise was Zechariah and the memory of a sign in the New York City subway system.

I was praying the Benedictus one morning while in the process of deciding, and heard the words addressed to me: "You, my child, shall be called the prophet of the Most High!" (Apologies to John the Baptist!) We are all called to be prophets.

But what finally prompted me to speak was the NYC subway sign: "If you see something, say something!"

And I did see something that nobody else could — my own life experiences. I had lived in a coal town, played in the coal dust as a child, saw the huge Four Corners coal plant cloud my beloved clear blue New Mexico sky. I had lived in Kentucky, across the river from one of the largest coal-fired plants in the U.S., saw the devastation wrought by huge strip mines and mountaintop removal, tested streams with coal in the bed and contaminated with toxic mercury. And I knew that I had never seen a prosperous-looking coal town.

We all have something to share — our unique life story.

So I went, I spoke, and was glad I did. It was a wonderful experience. As one burly construction worker said, "Nobody could be in favor of polluted air!" — not what I expected him to say!

Most speakers were mothers, speaking passionately on behalf of their children with asthma, with allergies, with cystic fibrosis. One mother's son — an environmental lawyer in training — had committed suicide as a result of what she described as "eco-anxiety."

There were organizations like the League of Women Voters, the Moms Clean Air Force of Missouri, Kansas Interfaith Action and Health Care Without Harm, each representing thousands of members. There were business women and men, health care workers, a high school student who was skipping school, the big construction guy, a rabbi and a nun (me!).

Attendees were divided into three groups at each of the three sessions — there were about 100 in my time period — to shorten the time we had to wait to speak. We each had three minutes.

Many came from several hours' journey away; the one who came the farthest was an elderly man who drove from Arkansas in an ice storm to deliver his message: "I'm afraid of storms!"

It was touching to hear each speaker express concern for the EPA staff who were present. Instead of the anger one might have expected, we were all sympathetic to their plight, as they had to consider enforcing a policy that they may not — probably not — agree with.

I was moved at the whole experience, and humbled to be among other "prophets for the environment." And I'm ashamed of myself for assuming the big construction guy was going to stand up and deny climate change.

All of us owned a piece of the truth, and we all ventured out on a cold, icy day to fulfill our obligation to share it. 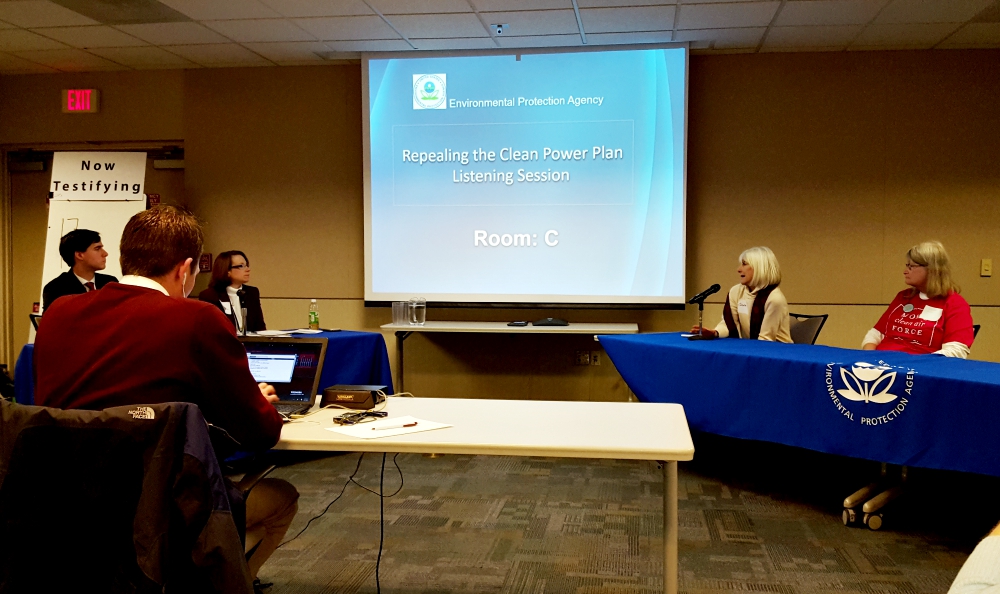 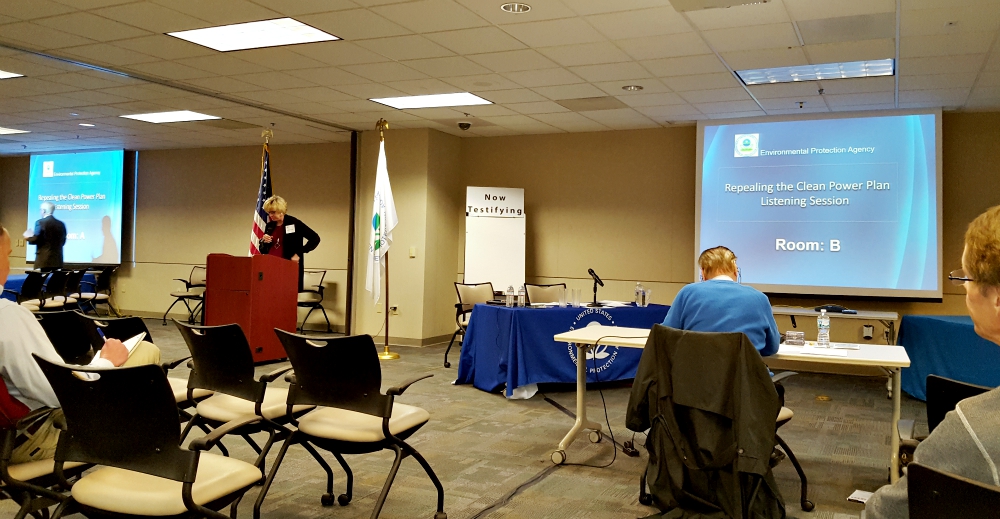