• Q & A with Sr. Patricia Ebegbulem, rescuing and rehabilitating victims of trafficking 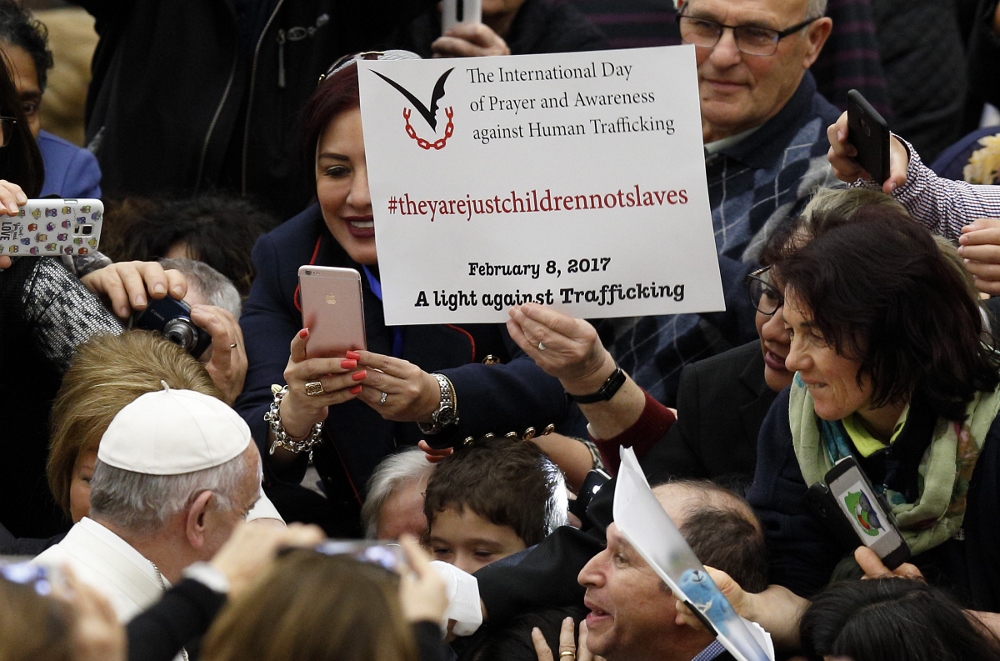 A person holds a sign promoting the International Day of Prayer and Awareness against Human Trafficking as Pope Francis arrives for his general audience in Paul VI hall at the Vatican Feb. 8. (CNS photo / Paul Haring)

In its three years of existence, the International Day of Prayer, Reflection and Action Against Human Trafficking has shown remarkable growth. In 2014, Pope Francis responded to increasing interest among religious, religious networks, and bishop's conferences in promoting the Feast of St. Josephine Bakhita on February 8* as a day of prayer and action against human trafficking.

Among others, Sr. Eugenia Bonetti, a Consolata Missionary Sister and an early pioneer in the Union of International Superiors General's (UISG) work against trafficking, asked the pope to promote the day. St. Bakhita, trafficked and enslaved as a child, is the patron of victims of trafficking and enslaved persons.

Comboni Missionary Sr. Gabriella Botanni, the director of Talitha Kum and the coordinator of the committee that organized events for the international celebration, said that in the first year's commemoration of the day in 2015, information was distributed, there were many local prayer services, and participants were invited to register online. There were 2,312 registrants, including individuals and groups, from 154 countries. In 2016, the observance was bigger, with a focus on local action. This year for the first time a specific theme was chosen — They are Just Children! Not Slaves!

"Trafficking in children is on the increase," Botanni said in explaining the theme. "In Central America and Sub- Saharan Africa, the number of child victims has risen by 60 percent." She went on to say that one cause of the increase is certainly related to mass migrations and the increase in the number of vulnerable unaccompanied minors. Another is that younger and younger children are being victimized by traffickers. 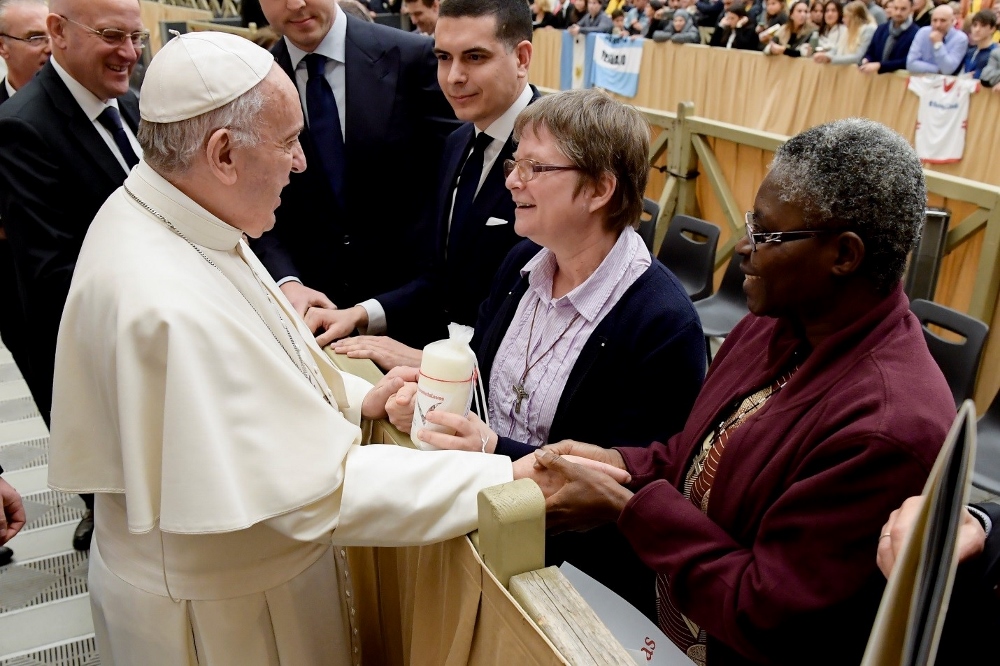 Another reason for their choice, she noted, was that Pope Francis had dedicated his message for this year's (January 15) World Day of Migration and Refugees to children, in a document called "Child Migrants: the Vulnerable and Voiceless," emphasizing the plight of unaccompanied children from infants to age 8. Children are at greater risk in migration or in times of war — being, he said, at three-fold risk because they are defenseless, foreigners, and have no way to protect themselves. This year in his own St. Bakhita feast day celebration he spoke of both the issues of trafficking and migration.

Three years ago, the original idea was for a simple prayer vigil for the feast, but this year saw a significant increase in activities all around the world, with thousands of people marching in the Philippines, seminars in Italy, Nigeria, and Brazil, school events, coverage by Catholic papers and TV networks. Brazil had a week-long series of events. Thailand had many awareness-raising events. The US Catholic Bishops Conference produced a toolkit for use by parishes, schools or other organizations, and individuals. Bottani reported that many countries focused on different aspects of child trafficking: the Philippines on cybersex child trafficking; Australia on forced marriage; Africa on labor and domestic servitude; Colombia on the interaction of trafficking and conflict.

World Vision, the Salvation Army and other religious organizations and denominations have celebrated other days of prayer against human trafficking, but Bottani said that this year for the first time other denominations reported to her that they were joining the February 8 celebration.

The Talitha Kum website for the International Day of Prayer has some remarkable, true-life stories about children who have been trafficked. Bottani obtained the stories by reaching out to sisters, social workers and people who work in shelters. After changing the names to protect the children, the stories were published on the special website.

The fight against human trafficking goes on for 365 days a year. Sisters work every day on the local, national, and regional levels — alone, in networks, or in networks within networks like Talitha Kum. Get involved in anti-trafficking activities by checking with local organizations, or finding resources on regional "nun networks." Or if you have a personal story that involves an experience of trafficking or working against trafficking, contact me.

*An earlier version of this piece gave an incorrect date.