"We live in the best of times,” Missionary Sister of Our Lady of Africa (White Sister) Carmen Sammut told some 70 international women religious superiors. “This is God’s time for us. It is the space where all that has gone before us culminates, and all that is in front of us starts showing promise.”

With these words, Sammut, president of the International Union of Superiors General (UISG), began a daylong reflection here Thursday as the assembled women attempted to discern the direction and priorities the organization should carve out for the years ahead.

The UISG meets in full assembly every three years and midway between these meetings its Council of Delegates, made up the top leadership and representatives from 39 “constellation” groups, comes together, as it is doing this week, to exchange ideas and share stories. This meeting has special significance as Sammut, a Maltese sister, was elected president at the last UISG assembly, and Loreto Sr. Pat Murray, took on the role as executive secretary last April.

Women religious organizations are a complex lot. The UISG, which dates back to Vatican II, and brings together the top superiors of international women religious communities, is a global network and has become a platform for sharing and planning global initiatives. In addition, the panoply of women religious organizations is filled out with national and regional networks, and many of these, especially in African and Asia, have become more active in recent years, primarily because of better digital communications. While the women see these steps in a generally positive light, many also recognize an urgent need to coordinate the work of these various groups, at a minimum to avoid duplication of efforts, and in the best light, to harness the women’s full potential for the good of the church and wider society.

It is in this context that the UISG is plotting its future, and it is in this context Sammut was attempting to stimulate a process of prayerful discernment for the women who are spending this week at a conference center run by the Society of Divine Word Missionaries, 20 miles southeast of Rome.

Sammut built her discernment reflection on an examination of “fault lines,” she said, that exist in today’s world, asking the women how they and their communities might best respond. With her words being translated from English into several other languages, she said:

We are surrounded by wealth and masses go hungry; we are trying at all costs to prolong life, and destroying life in may ways; we advance in human dignity and freedom and enormous numbers are victims of modern slavery caused by unjust systems such as human trafficking; we know such medical advancement and are faced with new or old diseases, more resistant to known drugs; we are in an era of much social communication and of a lot of biased information; we are in an interconnected world, yet often do not notice those near to us; we are in an age of multiculturality, and at the same time an emergence of ultra-nationalistic ideologies.

We are in an age of great hope and a lot of despair; where we talk of love and practice indifference. We acknowledge that we are stewards on our planet and yet act as owners. We know many beautiful families, yet the values of long-tern fidelity and commitment, the very basics of relationship in human life, are put into question. We are at a point of expanding consciousness on our universe, its origin, its way of functioning and trying to understand what this means for us, for our story, for our faith. We are at an era of continual movement of peoples, bringing with it a mixture of culture and religions, yet we often fear each other, for our real knowledge of each other is often superficial.

I ask you to look at the signs of the times, in your context, these paradoxes which make us aware that a great part of our contemporaries are crying out to God whoever they deem God to be. God is always on the side of the oppressed, of the ones feeling lost or discarded, of those who are abandoned and disregarded. God always answers their cry by sending someone. This is the whole Bible story and it is our story still today. This is where we enter. We are each called, because God has heard the cry of the people and God moved our hearts. We are members of our religious families because we want to listen to God’s own desire in the now and make it our own. It is God’s mission that we are called to take up on the fault lines.

After expanding on these aspects of the human condition, Sammut offered several guidelines to the women as they discerned individual and communal responses. She then offered several personal observations: to include everyone, to be midwives, to accompany the living of the beatitudes, to place ourselves with Jesus on the Cross, and to care for creation.

Citing Pope Francis, who has called on Catholics to go to the margins to build the church, she called on the women to be “ex-centric” leaders. She termed the practice of prayerful discernment as a special characteristic strength of women religious communities – and a good anchor for continuing discernment. “We are called to be servant leaders, known for our ability to listen and ‘to see God in all things and all things in God.’”

“Contemplation,” she said, “takes us out of ourselves.” She then spoke of another important leadership characteristic: the ability to be "sending" leaders as missionary disciplies. “As leaders we need to give this sending to all our members as this gives them the courage to continue being alive and outgoing towards God and others, whatever their age."

"The terrible thing would be to die while one has still so many years to live,” she added.

In addition to being “ex-centric” leaders, Sammut added these needed characteristics of leaders in “a climate of change” – leaders with roadmaps, leaders who love story-telling, leaders with eyes that see abundance, leaders with flexible backbones, and leaders with a child-like confidence.

Sammut finished her reflection by citing a poem by the Guatemalan poet, Jose Calderon Salazar. It is a poem, she said, with which she feels “very much in tune.”

Related - Women religious understand essential role of church, with video commentary from sisters at the Feb. 2 meeting, and Global religious meet to enhance solidarity, both by Tom Fox 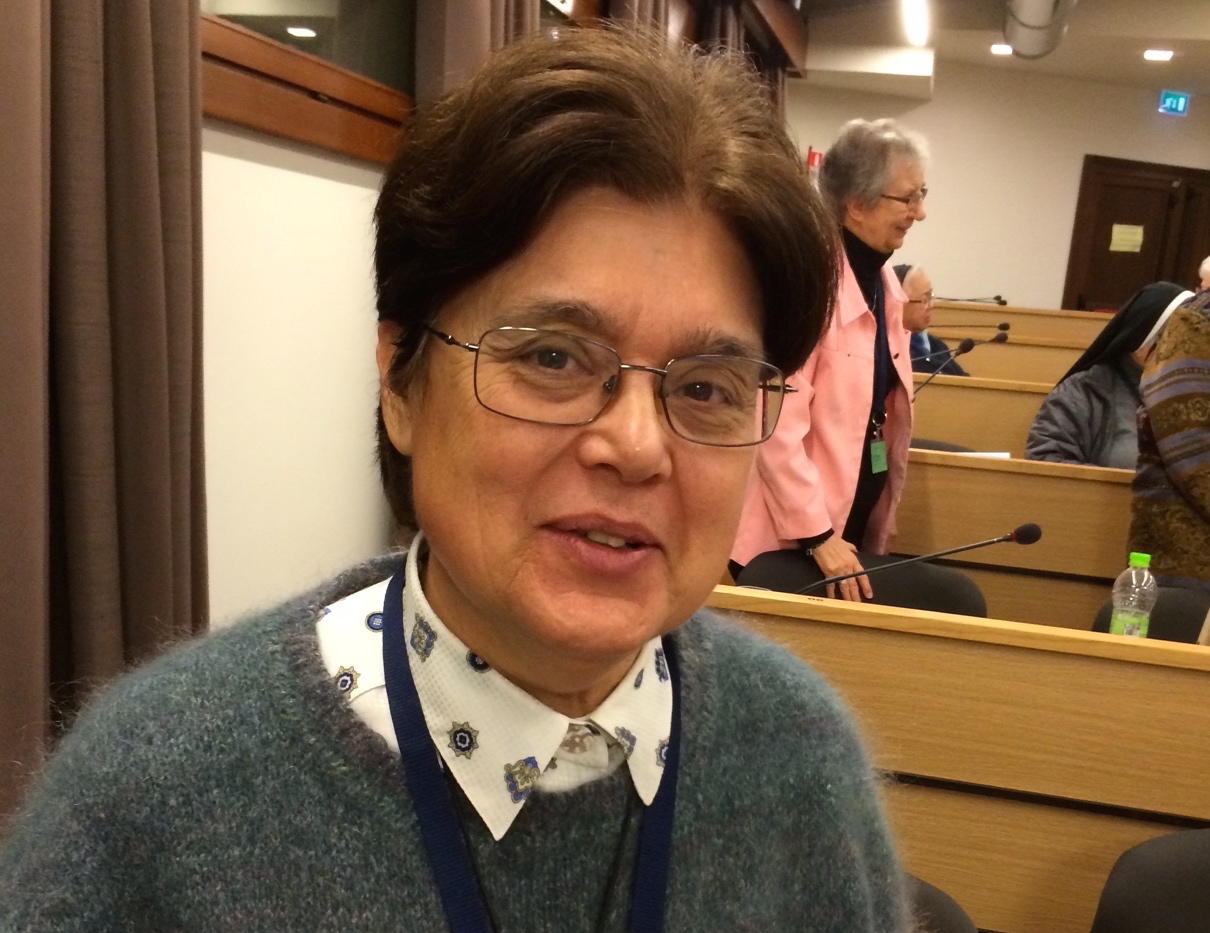