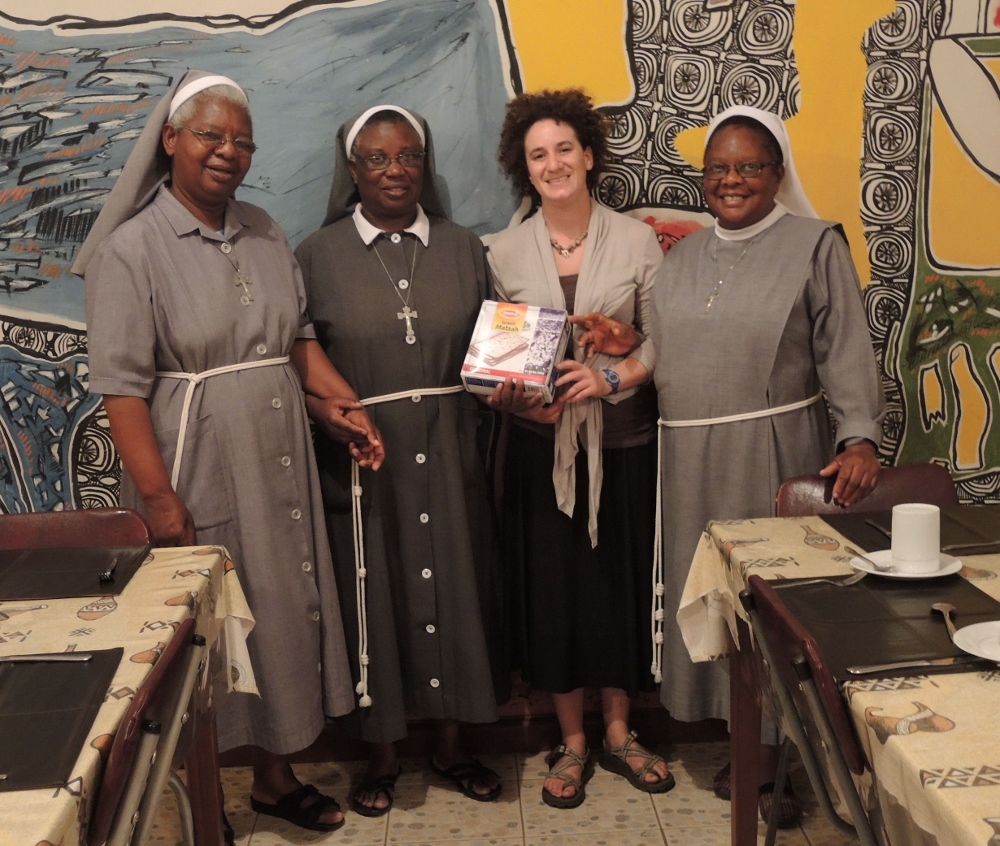 Franciscans Srs. Euphrasia Chanda and Gertrude Chanda, with Melanie Lidman, and Sr. Emmanuella Chilangwa, with a box of matzah in the Kulandu Study Center Dining Room at the Kulandu Centre. The Chanda sisters share a last name but are not related and share administrative duties at the center. (Courtesy of Kulandu Centre)

“I brought some matzah,” I told the sisters at the Kalundu Study Centre in Lusaka, Zambia, during my reporting trip this month. “I thought I could share it and explain a little bit about how Jews celebrate Passover.”

“Oh, for the Seder!” exclaimed Sr. Euphrasia Chanda, a Franciscan sister and the director of the formator’s course at Kalundu. “We celebrate the Seder every year,” she said. In fact, seeing as you are Jewish, she told me, perhaps you have some recommendations for a recipe for haroset, a mixture made of fruit that is meant to represent the mortar the Israelites used during their slavery. Last year, she said, it turned out too lumpy.

As a Jewish reporter for Global Sisters Report, I am often touched and humbled by the ways our traditions intertwine. But I’ve never been as surprised as I was to learn that sisters have been celebrating a Passover Seder at the Kalundu center since 1974, longer than I’ve been alive. 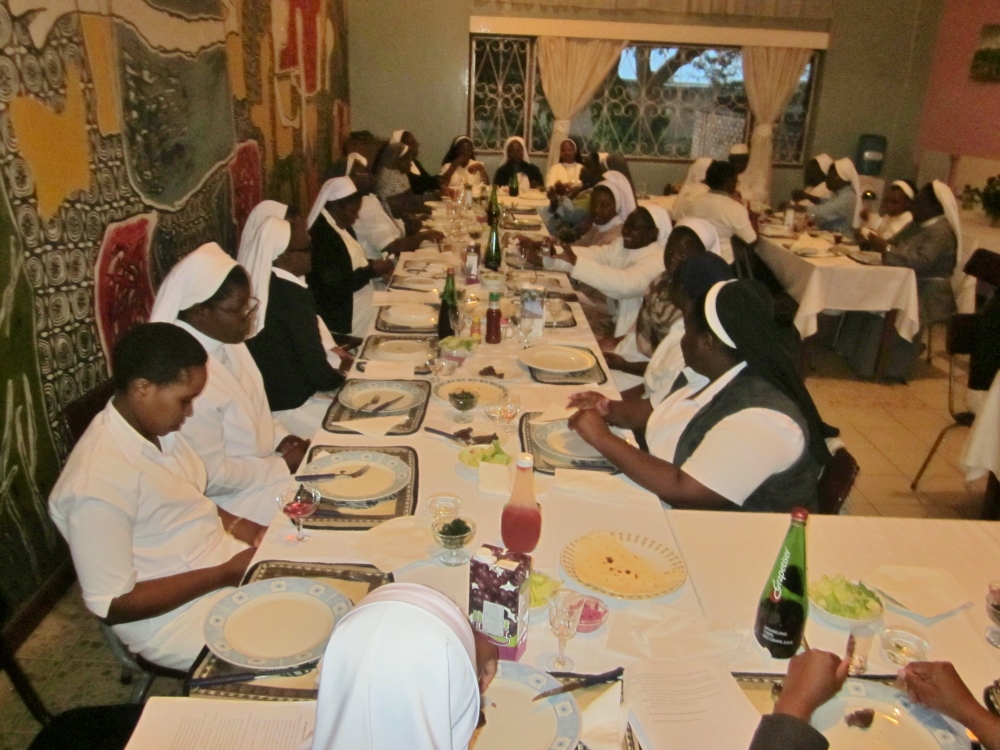 “I first participated in a Seder 30 years ago in England,” said Sr. Leila O’Shea, a Sacred Heart of Mary sister who is originally from Ireland but has spent 20 years in Zambia. “It helps us to understand how Jews celebrate, and how the Easter celebration is a part of that,” she said.

Many Catholics celebrate Seders to gain deeper understanding of Easter, but sisters are especially fond of the practice. They often hold a Seder for novitiates, as part of their formation training to become sisters, because there are so many teaching opportunities woven into the Seder traditions.

There are many resources for Christians who want to celebrate a Seder, especially ways that incorporate the ancient story of the liberation of the slaves from Egypt with issues of modern slavery like human trafficking, which is widespread in central Africa. The Seder, usually held on Holy Thursday three days before Easter, is more of an experiential celebration rather than a new religious tradition. It helps people connect to the story of Easter and some of the roots of Christianity on a tangible, sensory level: tasting the same foods that Jesus ate, hearing the same story.

At the Kalundu Study Centre in Lusaka, many of the participants say the Seder is one of their most meaningful experiences from the yearlong course, Chanda said. She can still remember her first Seder at Kalundu in 1983.

The sisters make the matzah by hand, using very hot water and flour, rolling it out very thin and not letting the bread rise, just the way the ancient Israelites made it.

“For us Catholics, it is about the spiritual transformation,” said Chanda. “The Passover meal is part of the Old Covenant, and you’re still keeping it to recall how Israelites were saved. For us, it’s a New Covenant, not just about the liberation, but about the transformation and our redemption.”

It makes me smile to know that the night before I sit down to the Passover meal with my family on Friday night, at the table laden with our own traditions, Catholic sisters will be holding up three pieces of matzah and telling the same story. Despite a penchant for travel, I don’t think I ever could have imagined that one day I would find myself making fried matzah in a convent in Zambia.

But along this journey for Global Sisters Report, I’ve learned that the Lord works in mysterious ways, no matter what your tradition. And the fried matzah? The sisters loved it. 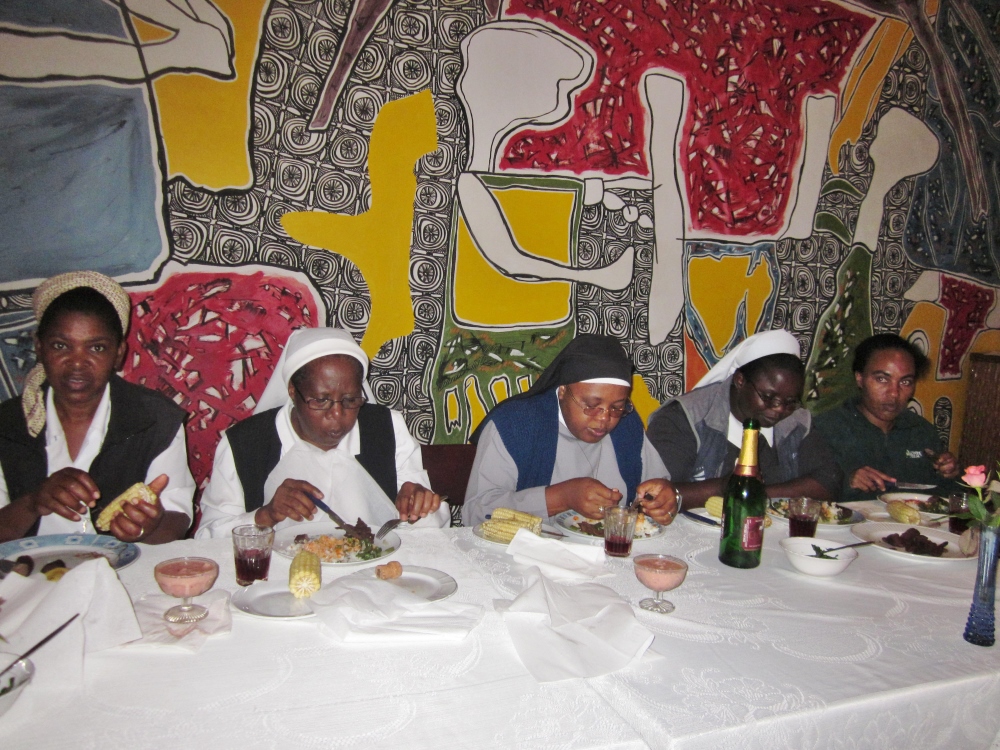 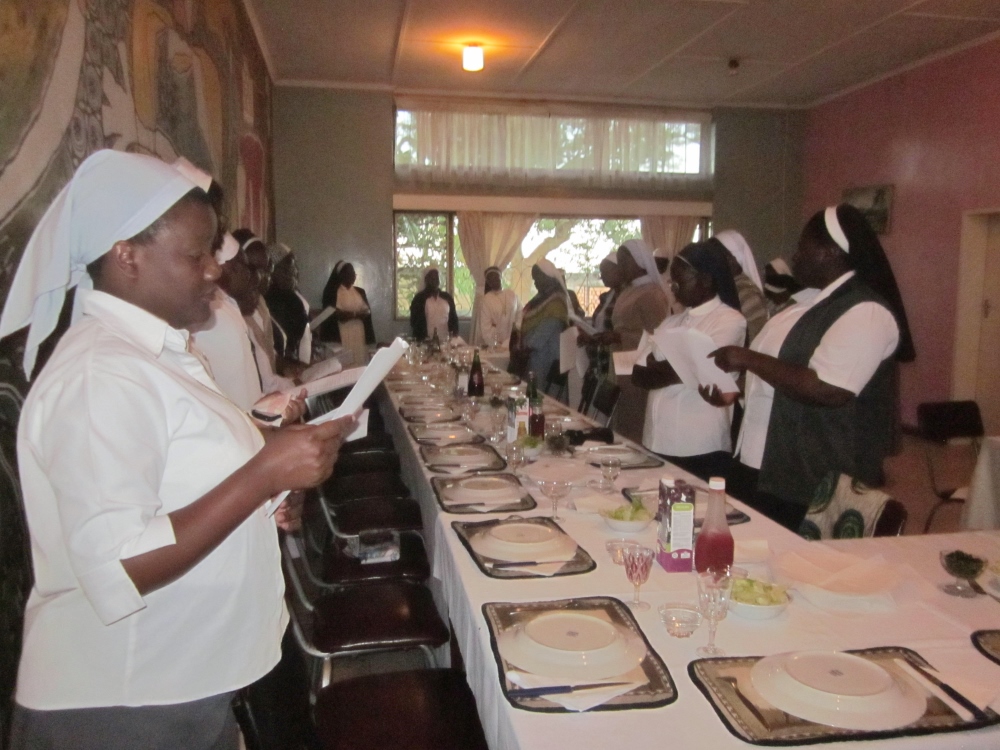 Sisters at the Kalundu Center celebrating a past Passover seder meal, with all of the ritual objects on the table including the bitter herb, handmade matzah, salt water and grape juice. (Courtesy of the Kalundu Center)