GSR: It's been about two years since the last time we spoke about the Wisdom Commentary. What's transpired since then?

Reid: Well, one of the things that has transpired is that there are now 13 volumes out, and two of them have won Catholic Press Association awards. People are starting to know about the series now, and there's an interest and an excitement building about it. There are many more institutions since we last talked that have standing orders for the commentary and many individuals who know about it and who are interested and reading it and using it.

And in several scholarly gatherings, we have had panel presentations to be able to help people not only know about this series but also to know what is distinctive about it and how it can help them in their ministry or their study and why they should be using it.

At the Society of Biblical Literature [which took place Nov. 18-21], there will be two panels: one in the women in the biblical world section — where six of the editors and authors will talk about what their experience was like writing for this series — and we're having a similar panel sponsored by the Journal of Feminist Studies in Religion with all the authors and editors who have produced the Pauline volumes that are now out.

While I have read every one of those volumes three times, it will be interesting to hear what the authors have to say about how they perceive what they have done and how that now helps us to understand a Pauline world.

It's moved more from a dream, a concept, a project on the way to one that is actually tangible and visible now in these first 13 volumes. There's a 14th volume that is in production at the moment and three others that are in the final draft stages. It's exciting.

Have you really read each volume three times?

What does reading that much feminist biblical commentary do to someone? Obviously, you're a well-read woman, but what has that changed for you, if anything?

So, first of all, [laughs] I don't sleep as much as I used to because I always have a manuscript on my desk, and I have my day job: I have a full-time ministry as vice president and academic dean at Catholic Theological Union. And I still teach. And I still write in addition to all the editorial work. So one change for me is that it consumes every single solitary free moment that I have.

But mostly it's just the delight in seeing this come to maturity and seeing the regard with which feminist biblical interpretation is now being held. And the number of people who are engaged in the project and also the huge, big reach of people who are benefiting from this project. It's been very encouraging to me and very, very satisfying.

For a very long time, I've been working with feminist biblical methods, and what I have always been aware of is that in the works that I do, I only reach a very limited audience and only a certain number of people benefit from the work that I do and share with them. This project, though, has lifted the banner. It has made feminist biblical interpretation, rightly, seen as not just a nice added extra.

I have found people in so many different venues who are really excited and hungry for this. There are priests who say to me how happy they are to have these commentaries because when they're preparing their preaching, they usually turn to biblical commentaries. And they're aware that there's work in feminist biblical interpretation, but if they're not biblical scholars — if they're in pastoral work primarily — they don't have the time to go researching the articles and the books and the essays that are done from feminist perspectives. What they're looking for is something in commentary format that can spark their imagination, can help them see from another perspective.

I've also had a number of professors saying to me that they're using these commentaries when they're teaching courses in Scripture right alongside the commentaries that other people might regard as your standard, classical commentaries.

Have there been any major challenges in the last two years?

Oh, yes, there have. With a project involving this many people, there are always things that occur in scholars' lives that prevent them from continuing with a project that they had hoped to do.

A number of people that had committed to writing one of the volumes at different points have had to withdraw, either because of personal challenges in their families, care for aging parents, or their own personal unexpected health issues. I think in the 10 years since we dreamed up the project, maybe there's been a week when we had all 58 volumes assigned to someone with all of them under contract.

And for me personally, one of the challenges has been that the volume that I'm co-authoring with Shelly Matthews on the Gospel of Luke was originally going to be one of the very first volumes out. It would have paved the way for the other volumes and helped the other authors see what we had in mind for this project. And, unfortunately, just after we had the project designed and the editorial board in place and were soliciting authors, that's when I was named academic dean at CTU, so the time that I'd had for writing has been greatly curtailed.

In the coming year, however, I'm completing my nine years of academic dean, so we hope to have the volume much closer to completion a year from now.

But the reception to the series has generally been positive?

You know, CTU is one of the best places to be doing this kind of work because of the tremendous support here. I'm also very, very fortunate in that I'm not some maverick out on the fringe here at CTU with my interest in feminist biblical interpretation. I had colleagues who paved the way in being feminist biblical scholars long before I got here, and that was 30 years ago. I'm very fortunate that some of my colleagues, like Dianne Bergant, Carolyn Osiek and Kathleen Hughes in liturgy, they had been very openly feminist and had helped colleagues understand what feminism was and worked to where feminist approaches are now a normal part of the curriculum that our students learn.

I've been teaching a course called "Feminist Hermeneutics in Bible and Theology" with Stephen Bevans, and it's been exciting that we can also model in our team teaching that feminism is not just for women and that men can be feminists, too, and that it's important for both men and women. And with the commentary series, we have male authors who are feminists.

Another really exciting thing for me about this series is that every one of the volumes has voices other than the lead author or authors. Every volume has short essays by women and men from a different social location than that of the main author, giving another perspective, another cultural lens on what is being said in the text. And those are really exciting ways of demonstrating that feminism is not univocal and that feminists vary greatly depending on our own social context and the kinds of methods that they use.

They don't always agree with what the lead author is saying. And we don't try to resolve that in the volume. The two voices stand alongside one another and offer another perspective.

We also made the very conscious decision that the contributors, those voices would be in insets in a sidebar format so that it's right alongside what the lead author is saying and not in a footnote, for example, or at the bottom of the page that would signal that this is a less important contribution. 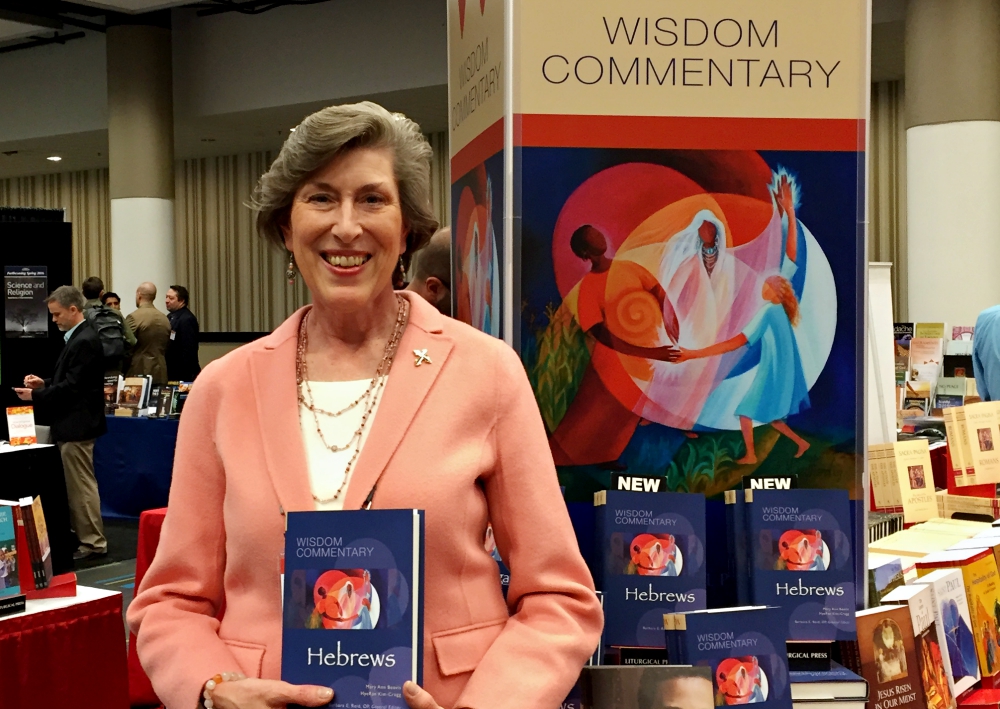