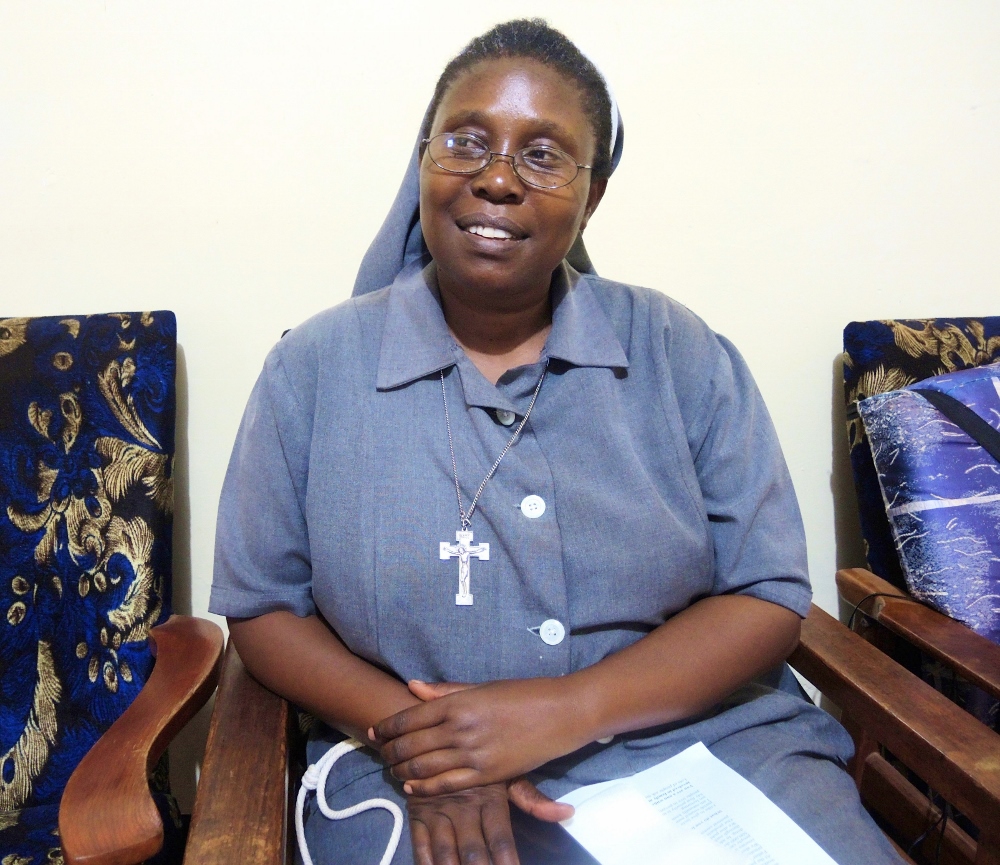 Solwezi, Zambia — Sr. Charity Lydia Katongo Nkandu of the Franciscan Missionary Sisters of Assisi loves working with children. She serves as the education coordinator for the Catholic diocese of Solwezi, an impoverished rural district in northwestern Zambia. But she also recognizes the importance of advocating for children on the world stage, not just in their own communities. Katongo has testified four times about children’s rights in front of various United Nations committees. She recently sat down with Global Sisters Report to reflect on bringing her experiences in the slums of Zambia to the echoing halls of the United Nations.

(GSR has also covered other sisters who advocate at the U.N.)

Can you tell me about your work advocating for children at the United Nations?

I've been in touch with the Franciscans International, which is an NGO consulting about human rights at the United Nations. They bring different Franciscans from all walks of life, from all over the world, to go and give their experience at the U.N. I was invited four times to Geneva. I did a few workshops with [Franciscans International] to learn how to present to U.N. working groups. At the U.N., I did a presentation on human rights in Zambia, especially focusing on street kids. I did another presentation on domestic servitude for girls. I also contributed to one of the Franciscans International groups on poverty, because my congregation was concentrating on impoverished children with disabilities.

Do you think your testimony had an impact on the Zambia representatives at the U.N.?

Yes. I remember the first time they talked about human trafficking it was like a big joke. It was in 2002, I think. People didn't really think it was happening in Zambia. But I was working in the field, especially with the sex workers, so I knew about the stories from real people.

Were people at the U.N. surprised to see a sister testifying in a veil and habit?

People were very surprised. In all the times that I went there, I never saw any other sister in a habit. Sometimes there were other sisters there, but not wearing a habit. Each time I was there, I had cameras all over me. Everyone was like, ‘Look, a real nun! Wow, can we get photographs?’ People were interviewing me and so on. I have my habit, it's a habit for life, so I don't regret wearing it wherever I am. It's part of my identity. I don't mind if I attract attention in a positive or negative way. Though sometimes, especially if there were scandals in the church, people would ask me questions to try to humiliate me about that.

Do you think that people at the U.N. gave more weight to your testimony because they knew you were working in the field?

I’m not sure. The issues we were talking about were quite sensitive and challenging. I spoke of domestic servitude, how families reduced their own relatives [from villages] to domestic workers – because they were really not paying them anything, just providing shelter and food and saying that’s enough. I talked about going to the streets and doing counseling with the sex workers [at night], and I talked about seeing prominent men picking up these girls. People [at the U.N.] don't like hearing about these issues, because you never know if it's one of them who has been creating that situation.

You said at one point Zambian representatives told you to stop talking because you were making Zambia look bad.

Yes, but they didn't tell me in public. They said, ‘Sister, you know, some of these things, they are not true,’ or, ‘I'm sure these things are not happening, maybe you're just trying to put our name down.’

Were you worried about making Zambia look bad?

Amid biting drought, sisters in Zambia fend off hunger with organic farming

Searching for lucky pennies at the bottom of a dam