One of the most beautiful things about following one's mission in life is the element of surprise. We never know what we will feel called to do until the time when the calling arrives.

Sometimes, the vocations that choose us bring challenges with them. When I discovered this beautiful interactive map created by the music data service Echo Nest, I thought of the role music has played in religious life and the contributions sisters have made in terms of music.

The map, which claims to catalog "every music genre ever created," includes categories for monastic, choral and liturgical music, as well as eight different kinds of gospel music and 11 different kinds of Christian music. When you click over to the map, you can hear an audio sampling of each genre.

While the general public most likely thinks of the film "Sister Act" when they think of sisters and music, of course, the contributions of sisters run deeper than Hollywood. For just one example, back in October, GSR wrote about a Holy Spirit Sister in India whose Hindi hymns help facilitate listeners' worship worldwide.

"The nun ... says she has faced numerous hurdles within the congregation as well as outside while pursuing her mission," wrote GSR contributor Saji Thomas. Pursuing art or music is not always an easy choice for sisters to make — or anyone, for that matter — but it is a commendable one. In light of the gifts music bring us, this week's #3Stats and a Map is dedicated to women religious who make music.

[Georgia Perry is a freelance writer based in Oakland, California. She's contributed to several print and online magazines, including The Atlantic, CityLab, Portland Monthly Magazine and the Portland Mercury. She was formerly a staff writer at the Santa Cruz Weekly in California. Follow her on Twitter @georguhperry] 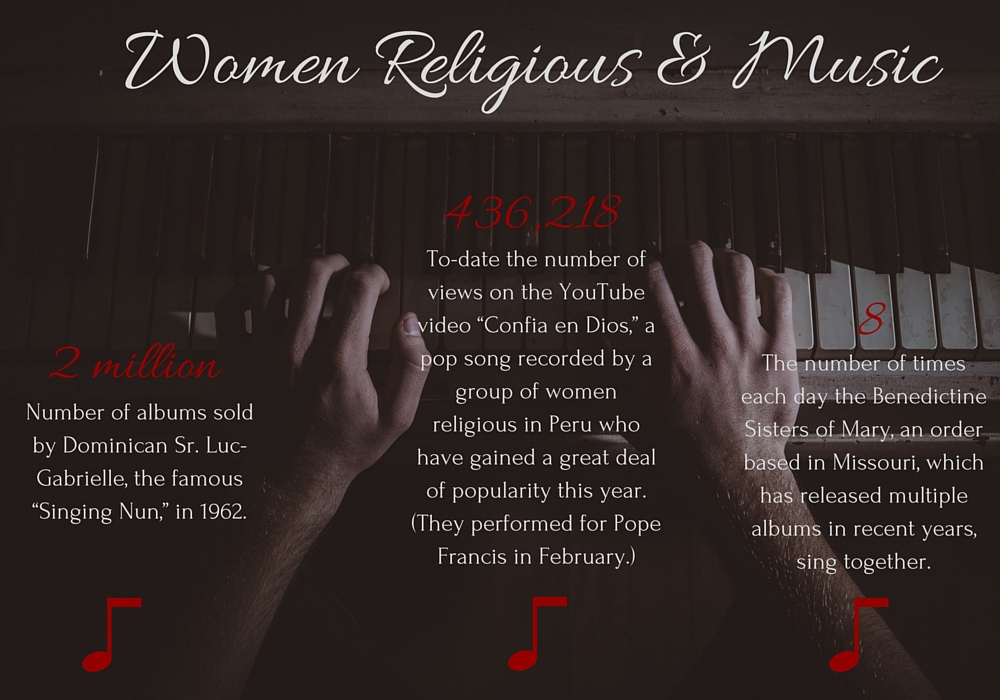