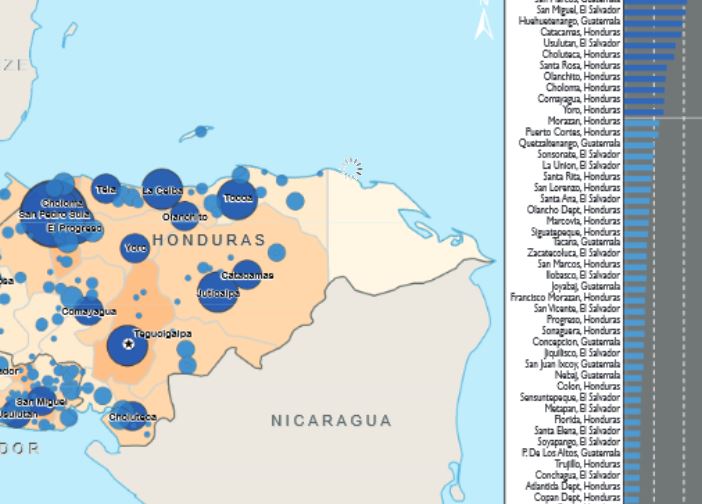 Clip of map showing source locations and numbers for child immigrants to the United States. (DHS)

The influx of child migrants actually began in 2011, and in March, the United Nations High Commissioner for Refugees released a report – based on interviews with unaccompanied or separated child migrants from Central America – that looks at the reasons children are leaving their homes. According to the report:

This map, produced by the Department of Homeland Security and first published by Adam Isaacson, a senior associate for regional security at the Washington Office on Latin America, shows where unaccompanied children are coming from in this latest migration surge.

On the streets of Sicily, global sisters accompany African migrants