The pomegranates on our tree cracked open while I was at the World Parliament of Religions in Salt Lake City in mid-October. Green flesh burst forth revealing multitudinous iridescent juicy ruby seeds. When they burst they are not spoiled, but very ready to be eaten and shared.

This pomegranate experience for me has become a heralding of this moment beginning with the amazing Parliament of the World’s Religions experience. "Reclaiming the Heart of Our Humanity" drew some 10,000 people of all religious traditions to chant, sing, pray and most importantly to enflesh religious traditions with action.  For the first time, the parliament pleaded for religious leaders to address climate change, poverty, indigenous rights and equality of women.

Coming on the heels of the Papal Encyclical of Laudato Si', a Muslim call by global leaders on climate change, strong statements by the Dalai Lama, Evangelical and Jewish leaders, it is apparent that the pomegranate has burst open. Jewish tradition teaches that the pomegranate, with its multitudinous seeds, is a symbol of righteousness and represents fruitfulness, knowledge, learning and wisdom. The Hebrew word for "pomegranate" is rimon (רימון), which comes from the same root as the verb "to rise up."

Now as we approach the U.N. Climate Change meeting in Paris, the Conference of Parties (COP 21), Nov.30-Dec. 11, it is as if the Earth herself is bursting forth with humanity as so many seeds to "rise up" for life. While there are doubts that a strong agreement will take place in Paris and while some powers in the United States poise themselves to be stumbling blocks for the world, just as the pomegranate cannot help bursting forth, so too the moment is ripe to "Reclaim the Heart of Our Humanity."

The violent events in Paris and Beirut recently make even more evident the call of people of faith to be active witnesses caring for God's creation and one another. While the general public knows that the reasons thousands of refugees fleeing Syria and even Central America are related to violence and war, most people do not know or have not made the connection to climate change. Years before the current eruptions of violence leading to displacement, unprecedented droughts intensified by a warming planet resulted in food insecurity, hunger, poverty and the inability for people to live normal lives. Social unrest does not take place in a vacuum. As our world experiences the increasing effects of climate change with social destabilization, we will have more refugees and immigrants.

I will be going to Paris on Dec. 1 until Dec. 13 as an NGO delegate with Franciscans International and also working with Interfaith Power and Light. But, I feel like I have been on the road to Paris with so many people in New Mexico and with my Franciscan community for ages. We have been working on reducing carbon emissions, planting solar panels on roofs and good seeds in gardens, shedding light on methane leaks and flaring, testifying at permit hearings around coal-fired power plants and educating and activating the soul within people of faith to "rise up."

Here in New Mexico we have gathered hundreds of Paris Pledge postcards signed by ordinary people and faith communities committing themselves to reduce their carbon footprint by 50 percent by 2030 and to net zero by 2050. Many women religious communities have signed the Paris Pledge. Interfaith Power and Light will take these pledges of good faith to Paris to say to world leaders that the people are serious about the call to address climate change, because too many brothers and sisters are already suffering and God's creation is looking like a pile of filth, to paraphrase Pope Francis.

In Scripture, Solomon uses the pomegranate as a holy fruit to speak of the fertility of the mind, where good seed is planted and a harvest is sure. In the New Testament, we might compare it to the fruits of the Holy Spirit.

Let us pray for the bursting open of good fruit and the seeds spilling all over the floors of COP 21. 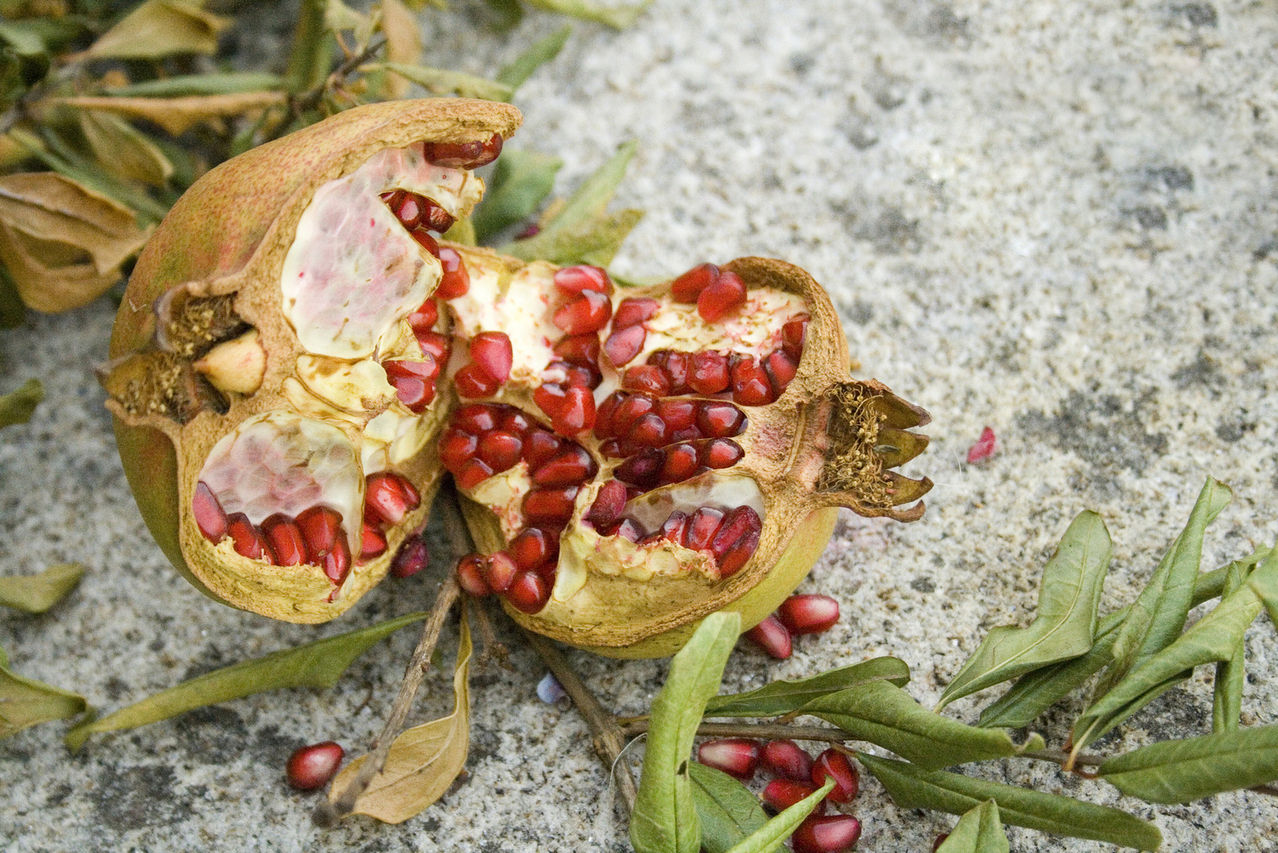