Thousands stood on their feet with thunderous applause. The United Nations Climate Change Agreement negotiated by 195 nations had passed! I was amazed as both developed and developing nations agreed upon a foundational document to address the gravest challenge humanity faces.

What a privilege it was to be an official observer with Franciscans International at the U.N. Conference of Parties (COP21) in Paris in December and sponsored by my Franciscan community of Rochester, Minnesota.

Now, a month later, the many events inside the official COP21, in the public Green Zone and throughout the city swirl through my mind. Faces and stories of brothers and sisters from places like Bangladesh, Indigenous Nations, Ghana, Cartaret Islands, and Central America appear at unexpected moments.

As I find myself in a myriad of conversations and public presentations trying to explain the experience, my heart desperately searches for symbols, expressions and words to convey the necessity for climate change compassion. My soul searches for the right urgent invitation to get more people of faith and civil society to do their part in undertaking the hard work ahead for our survival and for the future of the Sacred Earth Community.

After the applause, the news articles and analysis, what does the Paris Climate Agreement mean? How can it be made real in our lives? What symbol can hold this historic moment and lead us into the future?

Bread was a mainstay in Paris. A bakery with a window wall faced the main thoroughfare at the official COP21 where everyone walked. Baguettes, loaves, rolls and croissants enticed passersby, and a sign stated, "We bake 10,000 breads a day." Everywhere people were eating long baguette sandwiches as they talked, met, or raced from one meeting to the next.

I often thought of the Scripture quote, "What father/mother among you, if your daughter or son asks for bread, would give her/him a stone?"

In the face of climate change are we offering stones or bread? There are many that would say the outcome of Paris is empty and nothing new. But I consider it a sacred offering of bread for the table of the world.

Just as a loaf of bread — or a tortilla or naan or pita — is not always perfect, so is this agreement not perfect. Just as some voices around a table are heard more than others so is the call for climate justice around the world table. Yet, we all have but one Common Home, and ultimately one table.

Jesus fed 5,000 by sharing a few loaves of bread. This document, though limited, offers an opportunity to increase its strength through our engagement and actions.

The agreement itself would never have happened without the hard work and pressure by civil society and religious and lay leaders from throughout the world who spoke to the ethical and moral imperatives before and during the conference. Pope Francis' Laudato Si, the Islamic Declaration on Global Climate Change and statements from Jewish and evangelical leaders and the Dalai Lama were noted at the meeting as being very significant. One of the chief facilitators noted that, for the first time, the ethical and moral imperatives were front and center for the delegates.

A large faith contingency was present throughout Paris at events ranging from prayer services to the Rights of Nature Trial for Mother Earth, to seminars and demonstrations on fracking, indigenous rights, financing and more.

I believe five major points of the agreement are foundational and significant as we move ahead, especially as the developing countries take their place at the world table.

1. Temperature target of limiting global warming to "well below 2 degrees Celsius" or 3.6 degrees Fahrenheit above pre-industrial levels with an aspirational goal of 1.5 degrees Celsius or 2.7 degrees Fahrenheit. While this is a small victory for island nations and vulnerable brothers and sisters, many believe it is nearly impossible. The motto of island nations at the COP was "1.5 to stay alive."

2. Mechanism to increase the strength of country commitments with a timetable for countries to evaluate their emissions-reductions commitments in order to increase their pledges for action. Reviews will take place every five years beginning with 2023 with an interim review in 2018 to possibly increase goals before the agreement goes into effect in 2023.

3. Financial assistance was extremely controversial at this COP, as in previous meetings. Previously developed countries pledged $100 billion a year in climate aid for adaptation and mitigation by 2020. This pledge has not been fulfilled. The agreement sets a floor of $100 billion with five-year reviews. Developing nations, for the first time will also offer money as they are able.

4. Strong signal that fossil fuels are on their way out: While there are not specific dates set, the agreement aims toward "global peaking of greenhouse gas emissions as soon as possible." A long-term goal and definition of carbon neutrality is included, even as the world works at equity and sustainability within the context of eradicating poverty.

5. Loss and damage, the concept that those who are most vulnerable have usually contributed least to the problem and the developing nations who have contributed most must be responsible, was petitioned for by faith leaders and civil society. It is a small victory that it appears in the document, even though no financial recompense or liability is included. Loss and damage will be part of ongoing discussion, evaluation and action as the world moves forward.

As we move forward, can we give bread instead of stones?

It is imperative that we, as civil society and faith communities, bring this agreement to our communities, continue to act and pressure our civic leaders at all levels.

We are challenged, as was the Old Testament widow of Zarephath, to take a little flour and continue to provide bread for the entire household.

Will we get our hands enmeshed in flour, bake the bread of strong public policy advocacy, be public witnesses for the common good, change our lifestyle to reduce carbon emissions and stand with youth to create models of sustainable communities? 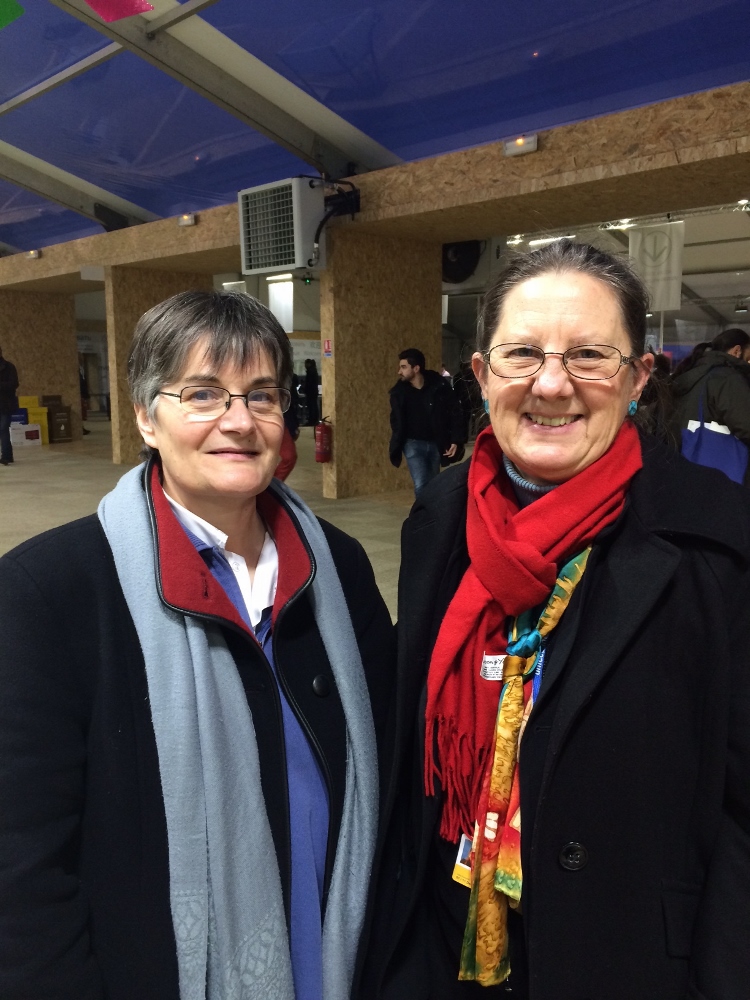 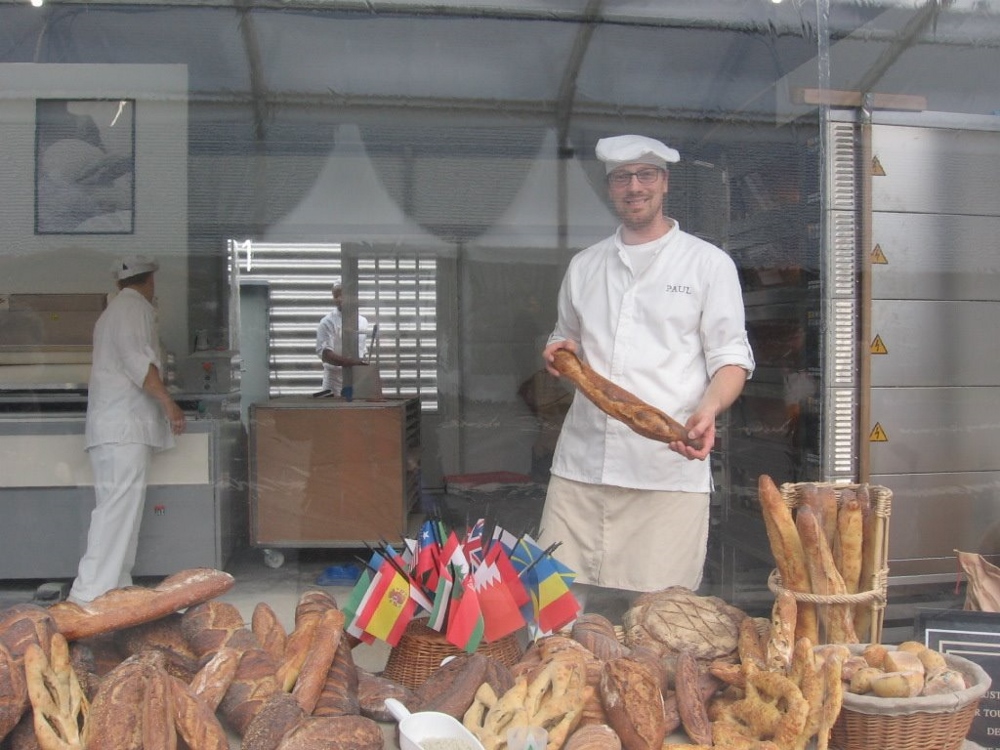 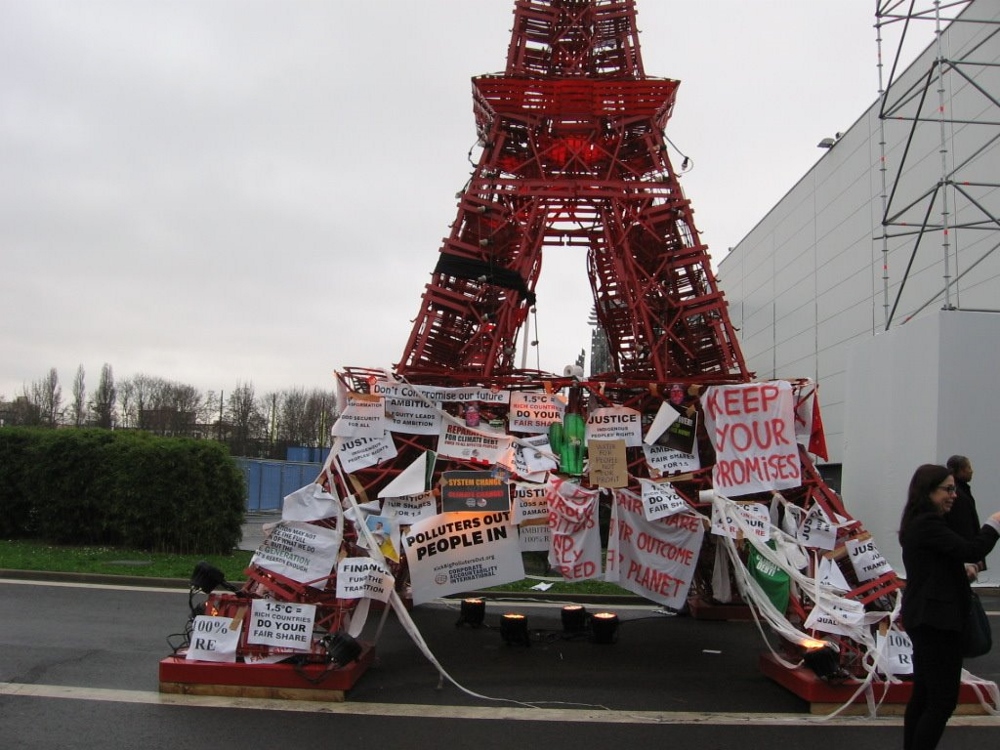 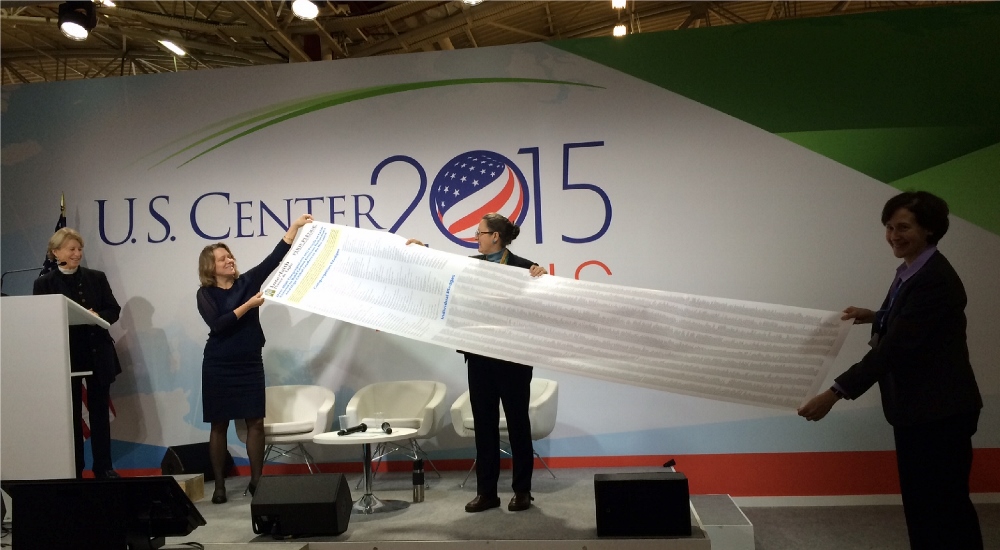