"Who here has family in the United States?" Father Guadalupe asked, gesturing toward his congregation, and more than half of the hands in the church lifted. "What about specifically in Cincinnati?" Most of the hands stayed up.

It was a Tuesday morning, but the pews brimmed with people in colorful Mayan dress. Father Guadalupe's parish consists of 50,000 Catholics in 75 rural chapels; today was this town's monthly Mass. He was doing a special interactive homily because of our visit.

Our group of 12 teachers and pastoral workers from the Cincinnati Archdiocese traveled far to get here, to this church deep in the heart of Guatemala's hill country. The brilliant sun had highlighted breathtaking views that morning as our "I-think-I-can" van teetered around tricky curves and up and down inclines. Rounding a bend and descending, we finally saw it nestled below: the village of Huispache.

I'd heard the name many times before as Holy Family parishioners in Cincinnati spoke proudly of their hometown. They had sent money back to help build a chapel there. Now, I was standing in it. In the church they had built. In the place they had spent their youth before departing for a treacherous journey to the United States. Looking upon the faces of loved ones they haven't seen in too many years.

Father Guadalupe invited his parishioners forward: "OK, those of you who raised your hands, come on up, and tell us about your relatives in Cincinnati." I stood next to him to interpret for our group as people of all ages made their way to the altar. Each spoke names into the microphone, names of children, parents, husbands, grandchildren, brothers, sisters and cousins who live in Cincinnati. Often, their voices cracked as they spoke; tiny elderly women wiped their brown, tear-stained cheeks.

Sometimes, my heart skipped a beat as I recognized a name and could say, "Sí! I know your daughter. She comes to Holy Family!" And then I would feel myself enveloped into a fierce embrace too deep for words.

A skinny young man was one of the last to speak, face tilted low as is respectful in his culture, but eyes peering up at me. "Hermana Tracy," he began. "I am Julio. Manuel's son."

He didn't look immediately familiar, but after a split second, I was overcome with clarity.

"Julio! I visited you in jail, didn't I?" I gushed in disbelief as he nodded, and our gazes both filled with tears. In the fall of 2016, U.S. Immigration and Customs Enforcement apprehended Julio after a minor traffic infraction, and twice I accompanied his dad and sister to visit him in jail. The last time I saw him, almost two years ago, he was behind glass in a green jumpsuit, downcast and fearful of deportation — a fate that came to him not long after our visits. And now, we were hugging in Huispache. I promised to carry his love back to Manuel.

A fellow Cincinnati Archdiocese pilgrim shared this insight during one of our nightly group reflections: "We are one touch away from their loved ones."

It was true. I could hug Julio, and a week later, I could hug Manuel. The awareness felt both sacred and sickening. Sacred that we could somehow bridge the distance and years dividing these families, sickening that the tragic division exists in the first place.

Still, with each encounter, the globe seemed to shrink un poquito. A parishioner was actually live-streaming the Huispache Mass on Facebook so those in Cincinnati could watch. I smiled, fascinated, as he swiveled behind his tripod, panning the crowd and narrating quietly. Next to me, Father Guadalupe cradled his cellphone as WhatsApp messages poured in: "We're watching from Cincinnati!" or "Please tell my brother I love him!"

Then, the phone buzzed — he was getting a call. I recognized the 513 number instantly and gasped.

"Padre!" I practically shook the phone out of his hand. "That's Andrés! Andrés from Holy Family!"

Father Guadalupe grinned, put the microphone up to his phone speaker, and answered the call. I leaned in and spoke expectantly: "Andrés?"

"Hola, Hermana!" Andrés replied, the connection surprisingly clear, as the church listened. "We're watching you on Facebook right now. I can see you with the phone! Thank you for visiting our hometown."

The church erupted with applause, and my heart nearly exploded in wonder. Walls seemed to tumble down. For a few brief moments, although thousands of miles apart, through a phone, a camera and prayer, we were profoundly aware of our oneness. It was mystical, unbreakable, stronger than anything and intense with both joy and sorrow.

The following weekend, we returned home, and Father Guadalupe, too, traveled to Cincinnati, as he does every few summers to visit his parishioners who have migrated. It was a whirlwind of grace, to have been standing in Huispache with him just days before and then to be with him at Holy Family Sunday liturgy. We again looked upon a sea of faces missing their loved ones; now we were on the other "side" of the longing. We passed on the powerful embraces with which we'd been entrusted, humbly cognizant of the "one touch away" role we played. Father Guadalupe's presence among us seemed to complete the circle of connection, bringing a piece of Huispache to Cincinnati. We may be dispersed in two different countries, but we are one parish.

On our first evening with him in Guatemala, Father Guadalupe had welcomed us to his community with an invitation and a prayer. First, he had invited us: "Prepárense para ser puentes." Prepare yourselves to be bridges. Second: "I pray that you go back to the United States with nuevos corazones, new hearts, more generous hearts, more open hearts, more loving hearts, hearts more like the heart of Jesus."

His direct, clear way of speaking struck me as profoundly holy, and his invitation and prayer framed my whole experience as we traveled to village after village, meeting families of our families. His words ring in me even more now that the suitcase is unpacked, and I'm left contemplating how I can ever fully honor my Guatemalan friends, both here and there. Father Guadalupe's call serves as a guide. It is a call for all Christians living at this moment in time. We need to build and be bridges. And we need new hearts, hearts more like the heart of Jesus.

[Tracy Kemme is a Sister of Charity of Cincinnati. Author of the blog Diary of a Sister-in-Training, Tracy is passionate about religious life. She currently studies theology at Xavier University and serves as a bilingual pastoral minister at a local parish.] 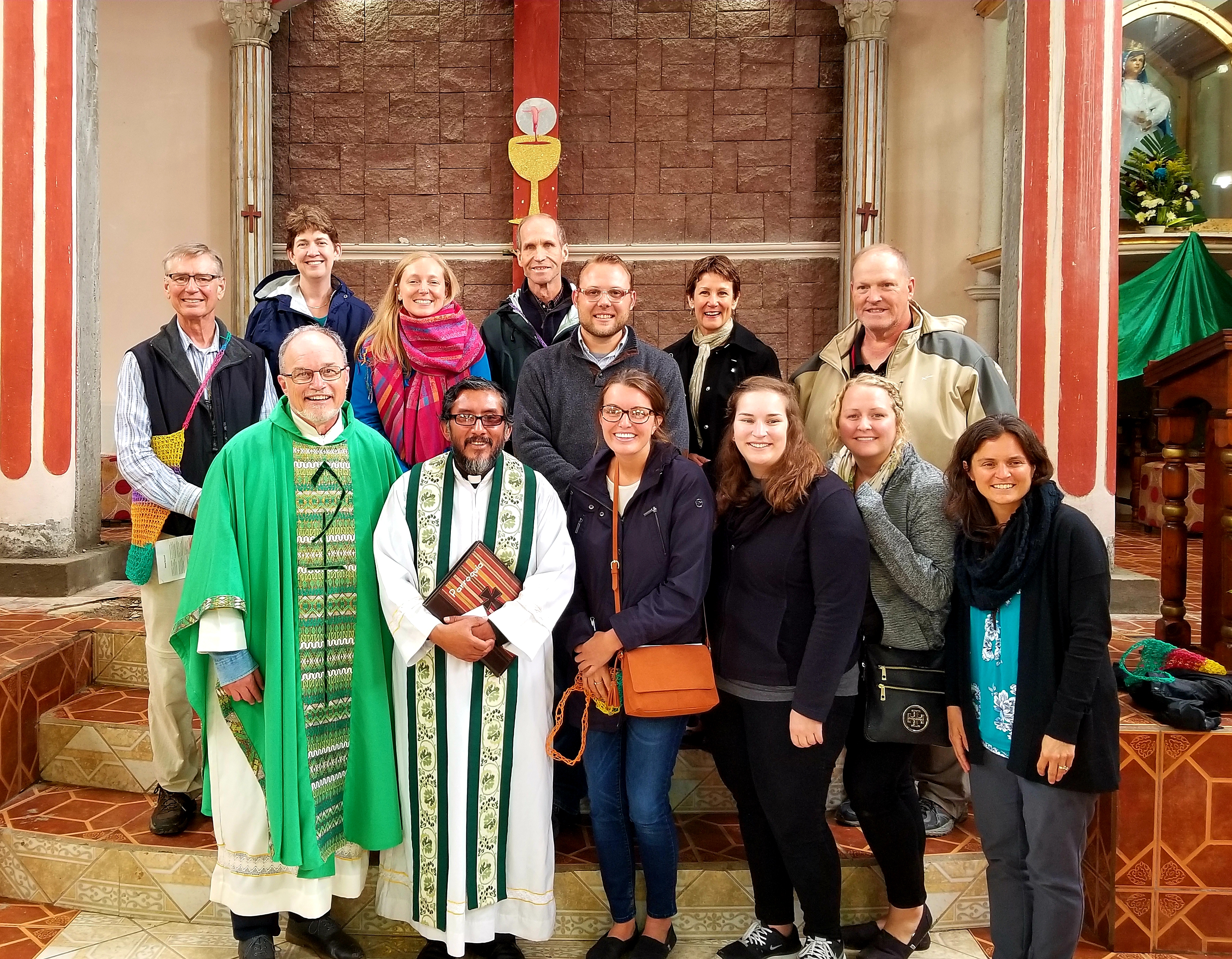 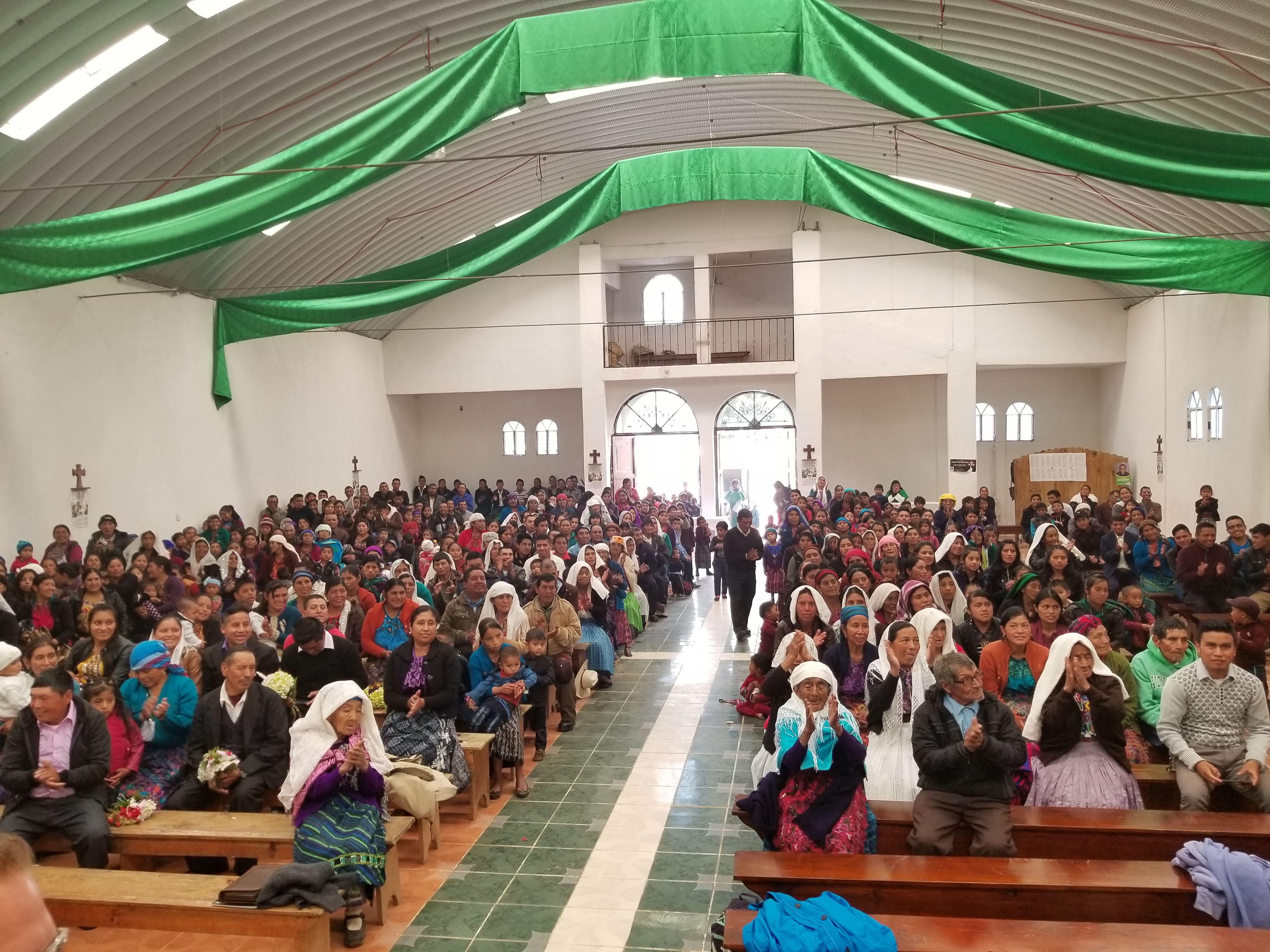 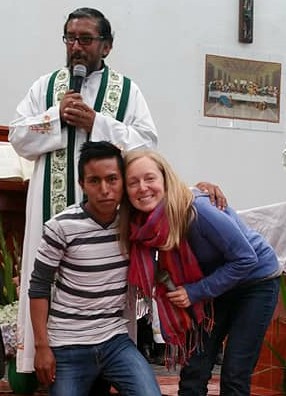