For months, political ads and rhetoric have filled the airwaves. Facts have become fragile and the state of the union divided. With all that in my mind and heart, I awoke the morning of Election Day already psychically exhausted by what lay ahead. "What is going to happen?" I thought to myself, "What, if anything, can be done now?"

By day's end, decisions would be made, votes would be cast, and a future course, however murky, would be charted. Moving through the day, I couldn't help but think of all that had been and would be. This would not be the be all and end all; life would carry on, but this process was still important.

The last two years, for all the turmoil they have contained, have been clarifying in many ways. While the election results have sure implications for the future, so do the lessons learned during this election season.

Those lessons reveal a deep sense of need in our society. They ask us to confront the motivations and call of our collective consciousness. They help answer the question "what can be done now?" by helping us to see what is already in front and inside of us.

Fear is a powerful force

As the midterm election came into sight, the level of fear and fear-mongering seemed to rise within the country. We'd heard these words and stories before — stories of people coming to take jobs, of criminals at our southern borders and of angry, unyielding mobs on both sides of the political spectrum who were out to take away the country from their political opponents. If the last few months, if not years, have revealed anything, it is that fear is a powerful force.

Fear has the power to tear people and relationships apart. It is a force that defies reason and blinds us to the goodness in the world and others. When we are fearful, be it of people, places or situations, we become blind to God's presence there. In the face of fear, we do all we can to try to regain control and to find safety. On our best days, we turn to prayer to be with God in our fear, trusting the words so often repeated in Scripture "be not afraid."

Yet, this political season, we've also seen what can happen when fear takes control. Hatred spews forth in our words and our actions. Violence and vilification become accepted responses. Prejudice and mass shootings no longer shock the core of our sensibilities. It is often said that the opposite of love is not hate but fear. At its worst, fear consumes the heart, occupying the rightful space of love. Without love, there is no hope and, without hope, the world becomes a scary place, both uncontrollable and inconsolable.

Months ago, a friend of mine posted a photo on social media of a protester holding a hateful sign outside an event focused on creating welcoming communities. The message of the sign was clear: All people were not welcome, and, in fact, some were better off classified as abominations in the sight of God. It was the last part of the caption below the photo caught my attention. After asking what it would be like to offer love and acceptance instead of hate, the author simply wrote "prayers for this fearful man."

Fearful. With that one word, I saw something more clearly than I had before. The man with the sign could have been condemned as hateful, angry or wrong-minded. Instead, there was a recognition of the fear beneath the message he held and a call for prayer for one of God's children in the face of such fear.

That simple change in perspective dares us to recognize the places in our lives where we are fearful and to recognize what that fear brings forth in us. We must then challenge ourselves to consider what the most loving and regenerative response to that fear is.

Engagement goes beyond the ballot box

In the face of fear, another resounding truth has come to the fore this election year: To be a person of faith is to be engaged in the political process.

This isn't a new lesson, but it is one worth being reminded of. To quote Pope Francis, "None of us can say, 'I have nothing to do with this; they govern. …' No, no, I am responsible for their governance, and I have to do the best so that they govern well, and I have to do my best by participating in politics according to my ability."

Elections occupy singular days, but the political process and the work of justice occupies each and every day. For all the preparation that goes towards elections, we are reminded that issues stretch far beyond the ballot boxes. As people of faith, we must engage in the issues that matter, hold politicians accountable, and work towards solutions both within and beyond the political system.

Over the last two years I have been to more public demonstrations than ever before. With my friends, family, and students, we have all become more engaged in the news of the day and more critical consumers of information. Our increased civic engagement gives me hope. It calls forth an energy to work for change even when, or perhaps most especially when, it seems hardest to remain at the table or when existing systems feel unchanging or rigged against the most vulnerable in society.

Speak up and speak out

Complacency can easily set in at those moments when nothing seems to be happening. Facts and figures can feel stale or overwhelming. Giving voice to issues, stories and those who can't, or are afraid, to speak for themselves is of the utmost importance.

The call to speak up and speak out resounded this political season in the messages of Network's Nuns on the Bus. At a social justice town hall in Philadelphia, I was struck by the immense need for and impact of such sharing. Issues like tax reform, immigration, gun control and healthcare all matter, yet it is the voice we give to them that makes all the difference in how they are heard. It was those impassioned individual voices that encouraged and motivated others to vote.

Tuesday afternoon of Election Day, I was flooded with pictures from friends near and far showing off their "I Voted" stickers. It was a wonderful show of civic pride, an almost obligatory nod to the civic duty we're all entrusted with.

What remained with me were the reasons people cited for voting:

I voted for my daughter and the future she will one day inherit.

I voted to protect the health benefits my family and I are so dependent on.

I voted to protect the freedoms we are blessed to enjoy and so often take for granted.

In the days leading up to the election, it was those people brave enough to share their stories, to share the issues closest to their hearts and who spoke for those who couldn't that opened my eyes to new issues and gave others a glimpse into areas they may never have considered before. It was in voting that they made their voices heard.

Common ground and the common good: fostering civility and charity

Speaking out and sharing around issues creates grounds for dialogue; however, it can also sow seeds of division, as we see so clearly in current nature of politics. Division, especially when built on fear, can be hard to handle, let alone reconcile with our call to pursue the common good with civility and charity.

In the wake of the election, I find this lesson the hardest to learn. Just as fear fosters misunderstanding, division makes it difficult engage those whose views we don't understand or agree with. Division and fear must both be acknowledged and engaged with love and a concern for people besides self and family if they are to be overcome.

The invitation is to offer charity to those we disagree with, to engage in civil dialogue and to hold that person before us with dignity and respect, no matter what our differences may be. Approaching one another in this manner is a humbling experience, requiring openness and trust that we each have the common good and the desire for common ground at the heart of our engagement. Where this is lacking, true dialogue is impossible; we must be willing to move and be moved by our encounter with the other. Only then is there room for conversation and conversion.

When all else fails

For all the lessons this election season has offered, one resounds among and within all the others: no matter what, pray.

Prayer is the companion of engagement, the antidote to fear, the origin of our speaking out, and the compass that points us to charity and common ground. It is the place where our action as people of faith should originate and it is where we evaluate and find grace and challenge in all we've been about in the day.

Lying in my bed on election morning plagued by the question of what, if anything, could be done, I paused to whisper a prayer into the morning stillness:

God, you are the Sacred Center. Help me to hold fast to your love, to know your guidance and to trust your ways. Ground all I am about today, give wisdom to those voting and discerning spirits, to all those faced with tough choices this day. Remind me always to act with charity, to offer mercy and to pursue justice. Be my Sacred Center, hold all this day will hold and let me know that wherever I go, whatever happens, you are always right here.

As my feet hit the floor, my initial thought of helplessness was transformed by a return to the prayer that grounds my being. A reminder for that day and many days to come that while fear is a powerful force, unconditional love well lived is an unstoppable, transforming one. 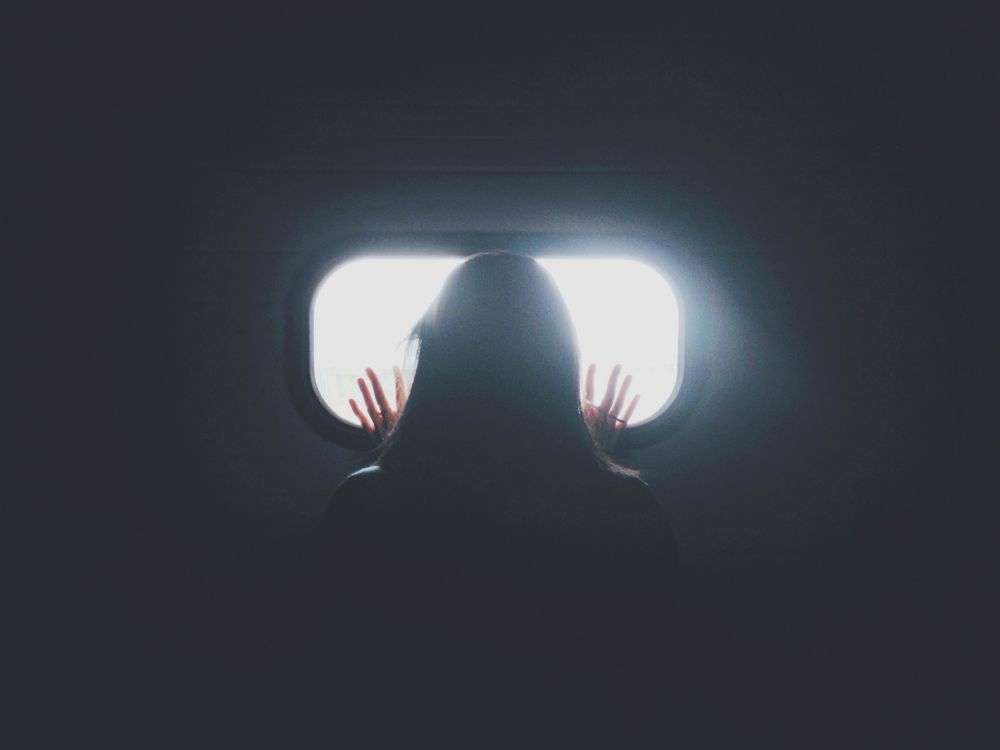