A response from a Vatican II generation sister 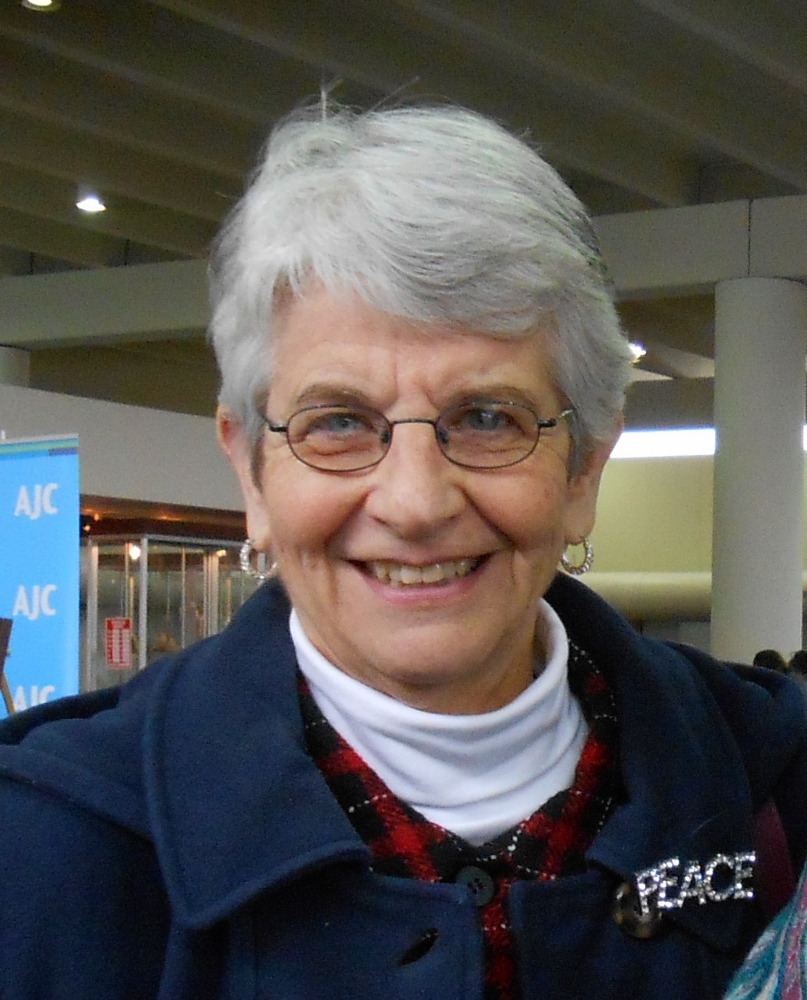 “An Open Letter to the Great Generation” in Global Sisters Report, struck many chords in me as a woman religious, who, along with many others, caught the “contagion” of Vatican II. The author, Sr. Teresa Maya, helped me to realize that what I considered a “normal” response in reinterpreting the Gospel for the modern world and the events of the day was really an extraordinary, miraculous, prophetic response.

I recall that when I toured the Women and Spirit: Catholic Sisters in America exhibit, I saw the iconic photo of Martin Luther King marching with a Catholic Sister. I was so grateful that she was offering a compelling witness on behalf of many of us, who were with her in spirit. I believed that people laying down their lives on a regular basis for human rights were expected responses to the Gospel. Most of all, the inspiring example of those Catholic Sisters who led the way “infected” me with their “contagion” and irrevocably defined my understanding of my spiritual identity as essentially engaged with the joys, hopes, fears and anxieties of the world in which we live.

The worldwide response to the martyrdoms of Dorothy Kazel, OSU, of my own community, Jean Donovan, Maura Clarke, MM, and Ita Ford, MM, sealed the claim of Vatican II spirituality upon my life.

Surely, I believed, this outpouring of support for the churchwomen of El Salvador heralded a clear direction not only for women religious, but for all Catholic Christians who wanted to live the Gospel in a wounded modern world.

However, the reactionary “rolling back” of Vatican II for 30-plus years slowly eroded support for our newly found and hard won identity as Vatican II women religious. The evidence was clearly before us: Diocesan justice offices closed, grant funding for justice initiatives evaporated, interfaith justice efforts failed. Initiatives for justice were no longer interpreted as responses to the Gospel, but rather, became suspect and often politicized. Oh, and did I mention, my age cohort grew older.

This cataclysmic undoing of the impetus and spirit initiated by Good Pope John not only attempted to invalidate those who understood their Christianity and Catholicism within the context of Vatican II; at the same time, I personally experienced a slow unraveling of how I perceived my own identity as a woman religious.

For wisdom in this dilemma, I turned to Constance Fitzgerald’s seminal article, “Impasse and the Dark Night,” which explains that the only way to address the suffering of identity disintegration, disillusion and loss of meaning is to struggle to find metaphors to understand what is happening in one’s historical context. These metaphors can help express and confront reality so that healing can begin to occur.

Thus, I began my search for soul-engaging metaphors. Two meditative icons resonated most clearly: one from the natural world, Mount St. Helens, and one from Rembrandt’s rendering of the Gospel story of the Storm on the Lake (Lk 8:22-25). Both of these images provide me with focus and the grace of healing insight. 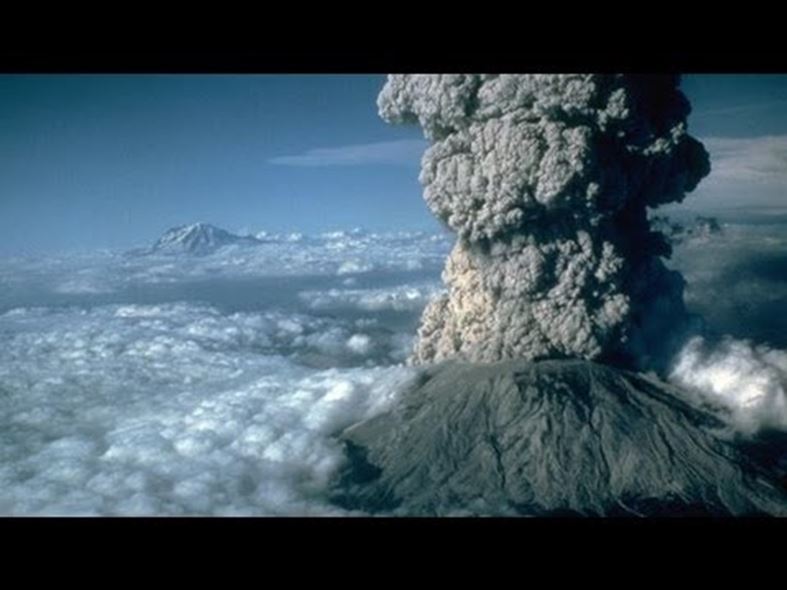 Clip from video of 30th anniversary of erruption of Mount St. Helens from May 1980. (Compel Media, LLC)

When I was studying in Seattle, I visited majestic Mount Rainier and her two “sisters,” Mount Hood and Mount St. Helens. Lately, I have incorporated a video of a Mount St. Helens 30-year retrospective into my morning meditation. I watch the volcano explode in fire and lava, spewing smoke and ash for hundreds of miles. I listen to dire predictions from scientists who state that no growth would occur there for hundreds of years. Then, miraculously, only 30 years later, I watch the same places on the mountain that were covered with greyish brown lava now blooming green with the colors of wild flowers. I watch part of the mountain completely blown off leaving gaping craters that look like the surface of the moon; now these same craters are lakes where trout swim. My spirit is consoled, and my belief in the unseen but re-creative power of the Spirit is strengthened.

The Mystery at the heart of nature proved to outwit those who seemed to be “in the know.” Would there be a Mount St. Helens left? Would it be recognizable? I honor this Transformational Power, so clearly and dramatically at work on Mount St. Helens which is also at work in me and in us. I sit quietly with the image of the earth’s creative, regenerative energy. Just as the contours of the mountain have been silently and utterly re-shaped and renewed after what appears to be catastrophic damage, I honor the Spirit Energy reconfiguring the contours of my personal identity, as well as the collective identity of women religious, in ways that cannot be planned, controlled or predicted. 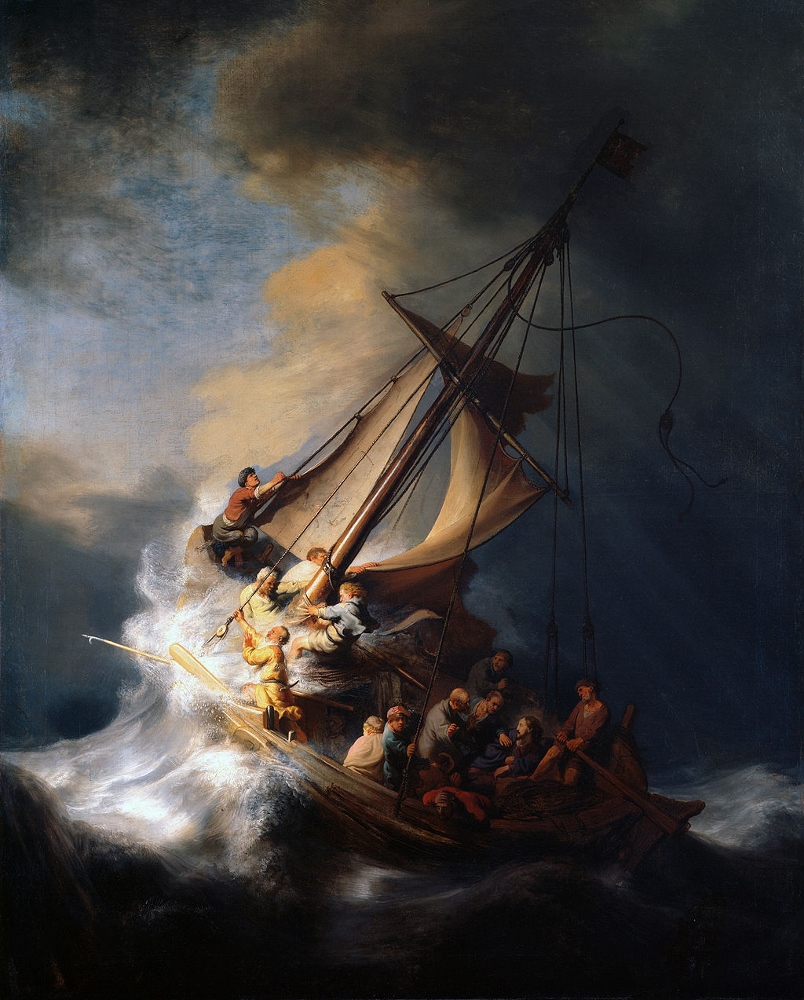 Rembrandt’s painting depicts an intense and violent storm that has upended and engulfed a boat in which Jesus and the disciples are travelling. The terror on their faces is clear; one of them is retching over the side. All of them, including Jesus, are exposed and vulnerable to the fierce power of nature’s forces. One disciple is tied to the central mast and is clinging desperately to it. Jesus’s outward calm in this depiction is almost maddening in relation to the frenzy of the disciples, who are struggling to stand while they are bailing water. However, the relationship between Jesus and the disciples seems to ground them in the midst of the engulfing storm.

I imagine the mast as a conduit to a deeper “keel” of Truth, of Presence, of a Reality that will outlast a storm. I practice patience in awaiting a sense of my True Self rooted and hidden in God. I pray for courage to face the illusions of security, success and certainty of meaning. Mostly, I seek consolation in hanging on to that mast for dear life!

Efforts of Vatican II women religious paved the way for Gospel ministries of laity and women religious to those who are forgotten in every category of age, race, class, gender, national origin and sexual preference. These ministries are our spiritual “lifeblood” and source of life giving grace and self-identity.

In her column, Sr. Teresa Maya has exhorted the Vatican II generation to “gift us with your wisdom.”

And so we bequeath to you, the next generations, the fundamental offering of a spiritual legacy: Our Women Stories.

Ask us how the Gospel came alive in our personal journeys of death and Resurrection when we:

Hans Ulrich Obrist tells us: “The future is invented with fragments from the past.” We offer you the fragments of our lives upon which to build your future, so that God can do the unexpected and miraculous with the “joys, hopes, fears, and anxieties” of your generation.

[Beverly Anne LoGrasso, a member of the Cleveland Ursuline Sisters since 1965, has served in education, administration and prison ministry to women. An article on her experience in prison ministry was published in the National Catholic Reporter.]

Spirituality | A response from a Vatican II generation sister

We are never separated from the pulse