I grew up on the north side of the Missouri River, which runs through Kansas City, Missouri. When I was young, my grandparents lived "on the Kansas side," in Kansas City, Kansas, and to get to their home we had to cross the river. One evening as we crossed the bridge, I was kneeling on the back seat staring through the side window — my childhood predated seat belts and safety seats — pretending I could stretch out my little-girl arms and reach all the way around the city. In my fantasy, I saw everyone within my reach as happy: children had toys and families had food and no one was fighting and everyone was warm and content.

Was that the beginning of my "call," a simple childish desire to make life better that somehow grew strong enough to eventually lead me to a "Catholic Worker-esque" community, then to Latin American missionary life and comunidades eclesiales de base (Base Christian Communities), and finally to a religious community committed to peace and the poor?

What if I were a millennial today searching for a way to fulfill such a longing rather than the baby boomer I am, now settled in religious life? What viable options would I find to satisfy the dreams of my heart? In all honesty, I probably wouldn't consider a traditional religious community today that wasn't actively, creatively engaged in renewing itself. Twenty-five years ago when I did enter, the undercurrent of revitalization following Vatican II still had some charge; now it's more often talk of decline and diminishment that rides at the forefront. We need to change that. We need to start writing a new story, the next chapter, now.

We know that women are still called, including those of younger generations. We have seen them; they work in our ministries, study in our divinity programs, participate in our service opportunities, and accompany us as we protest injustice and call for peace. Yet they don't want to be part of the institution of religious life as we defined it more than 50 years ago and continue to live it today. But that doesn't mean their passion is any less passionate, their desire for community any less valid.

I think it means that this is our opportunity to listen, to encourage them to experiment and find their way to live God's call in ways that speak to them, that encourage them to find meaning and fulfillment in our wisdom traditions — but lived in creative new ways that meet their needs.

I found some ideas — and a measure of hope — in Diarmiud O'Murchu's new book, Religious Life in the 21st Century: The Prospect of Refounding, in which he resurrects for us today the suppressed and forgotten histories of other women who found new ways to live their call faithfully in spite of great odds. (For a review of the book by Colleen Gibson, see here.)

"Religious life for women in the Middle Ages was more complex than is usually imagined," O'Murchu writes. "The nuns and hermitesses of the 11th and 12th centuries; the anchoresses of the 12th and 13th; the Beguines and Tertiaries of the 13th and 14th; the Observant nuns of the 15th — all were in the forefront of the religious mood of their days." And this in spite of a 1298 papal decree requiring religious women be cloistered, a decree reinforced at the Council of Trent and at Vatican I in the late 19th century.

Learning more about some of these women could be our inspiration today. Take the Beguines, for example. They did not take formal vows and had to work to support themselves because most of their members were not from the wealthy classes. They lived in small and large groupings in medieval Europe, owned property, were educated, and attended to the needs of the communities around them. They studied Scripture and followed Jesus. Some were burned at the stake as heretics.

It is only recently that scholars are unearthing the story of the Beguines and their role in shaping history. The title of Benedictine Laura Swan's book, The Wisdom of the Beguines, The Forgotten Story of a Medieval Women's Movement, names the problem: history forgot — or intentionally ignored — the women. Swan researches and writes about these self-supporting women who lived and ministered in Europe's growing urban areas over the course of several centuries, prayed and socialized and often gathered around gifted women teachers. They were ordinary women, Swan tells us, "stepping outside the strictures and confines inflicted upon them by the church and the prevailing culture, seeking to express their faith as they felt called to it. … Beguines forcefully embraced the call to holiness as every person's journey and not just that of professional 'holy people,' namely priests, monks, nuns and others in formal religious life."

Today's professional holy people have come a long way, done incredible good, shaped and saved society in many ways. But that doesn't mean there aren't other ways of being a prophetic presence, reaching out to the poor, caring for the earth, preaching the word. "No matter how entrenched religious life becomes in any one historical, cultural, or spiritual mold," O'Murchu reminds us, "the Spirit will call forth prophetic leadership to pioneer new possibilities in response to new needs. Unfortunately, old, well-established groups rarely seem to be prepared for this moment and so fade into oblivion."

Embarking into the unknown is boat-rocking risky. We could lose donors, sponsors, friends or clients. Other professional holy people might turn against us and denounce us. We could be virtually or even physically targeted. But we could also inspire, give hope and find others coming to stand with us because God still calls people today — just not necessarily in the way we might want them to be called.

The large oval-shaped driveway in front of our monastery makes for a great running track, especially before dawn when it's unsafe to run on the street. Because its orientation is east/west, on a recent morning each time I turned the curve and headed west I saw the full moon a bit lower in the sky. And on each eastward turn, the pink and orange hues of dawn deepened as the sun inched upward. In my half hour of running, the moon let go of her light and slowly descended, eventually lost to the present moment. And the morning sky continued to burst into light with the brightening clouds reaching around and enveloping the entire sky, gently letting the moon fade away.

Nature had just illustrated for me in vivid detail our time in the history of religious life. The moon of the last several hundred years is setting. It was glorious, it brought great joy and lit many a dark sky. What was cannot be erased, the past is not forgotten, nor are its accomplishments dissolved or its wisdom lost. But it is past.

Now a new era is rising, coloring the sky with brilliant hope, new ideas and fresh perspectives. We must let the moon set if we are to live into the brightness of the sun. 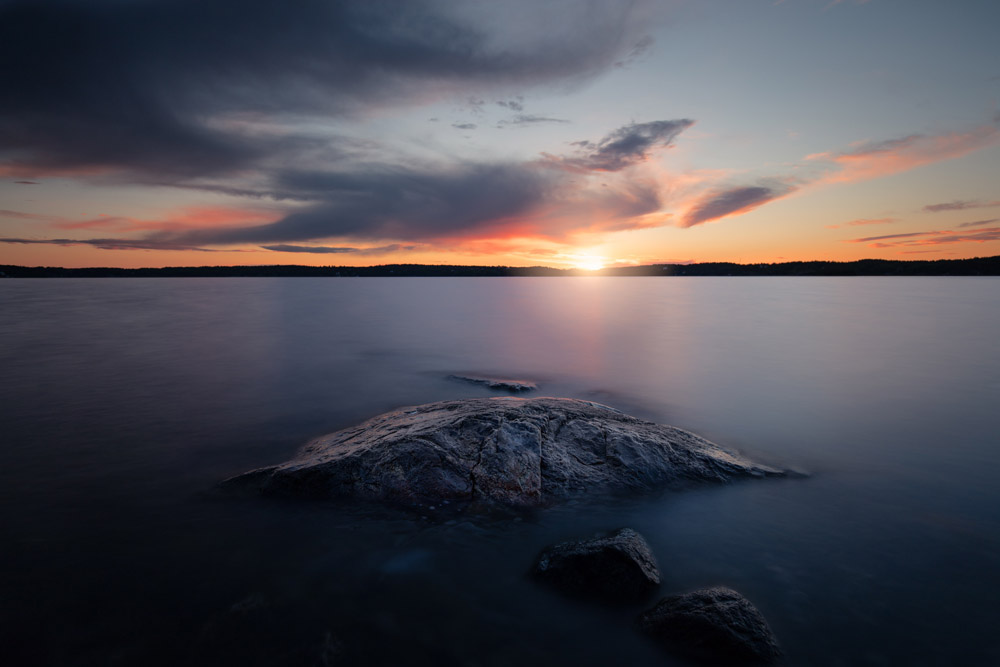