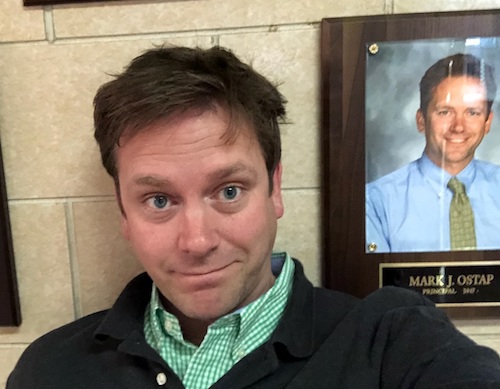 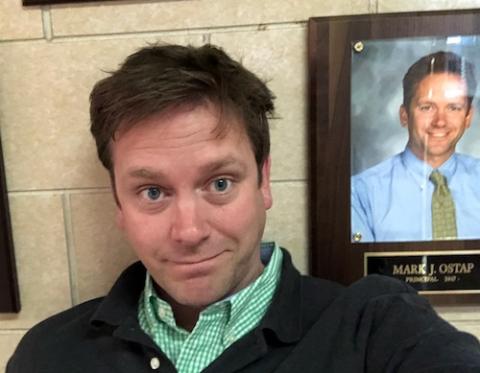 I honestly do not know how it started, but shortly after his arrival, the new principal — Mark Ostap — started to call me Action Nun. I was surprised by the "title;" what exactly did he mean by it? However, being a good sport, I created an electronic signature I use just for him, so my messaging ends with "Thanks, Action Nun."

After some time I asked him directly why he called me Action Nun, and his response was immediate: "You get $h!t done." Wow! I was somewhat flattered, but I also wondered: Am I simply someone who "fills a hole" when a need arises?

I am happy to be someone who gets things done, and someone others consider dependable, reliable, efficient and trustworthy (he always tells me he trusts me). None of those are bad things, and they are fairly accurate descriptors. I would say they are also incomplete. I'm not sure I want to be known only as someone who "gets stuff done."

As I continued to wrestle with my principal's newly given "title," I found myself at a workshop and the Gospel story used was Jesus asking his followers "who do you say that I am?" We're all familiar with the stumbling answers the disciples gave until Peter, in a rare moment of clarity, gave Jesus a very direct answer "You are the Messiah."

All of us wonder, all of us ask others the same profound question Jesus asked his friends and followers. There are any number of inventories and "tests" that can give insight into the question. We can also ask those we regularly associate with. The answers often depend on the situation or our relationship with those we ask. And we need to be ever so careful not to live only for what some tool or other people think/say about us.

I've lived and worked with people both in and out of community that I know I don't want to "be like." You know, the one who's always crabby. Or the know-it-all. Or … you fill in the blank. So the principal's seemingly playful title raised the questions: How am I known? How do I want to be known? How much influence can/should I have into those perceptions, and — does it matter?

In my province of our religious congregation, part of our wake service before funerals includes the telling of stories about how Sister "X" was known. I was suddenly very clear that it does matter to me — I don't want anyone telling stories of me "getting $h!t done." I want stories of me singing and planting and cooking. I want people to know about the relationships I had and those I influenced, hopefully for the better, over a lifetime. Dependable, reliable, efficient, trustworthy — yes, but oh so much more.

I started feeling much more comfortable with my new title and the fun my principal was having with it, including the strange looks from others when he referenced me as Action Nun. Then, as so often happens to help me get the message, I was on the receiving end of a few more lessons in "who do you say I am."

At a community gathering I was consistently introduced or addressed by the wrong name. Mind you, we all wore giant name tags. I offered gentle correction each and every time, but it didn't help. As the instances increased, so did my anger. Why is it people can't get my name right? It is pretty simple after all! And, more importantly, why does it bother me so?

Then there are the times I'm referred to as "the young sister." Outside of my province I'm not young, as my students routinely remind me — I could be their mom or a young grandma. And I wondered (as I bit my tongue instead of saying something I shouldn't) — how would you like it if I referred to you as "the old sister?"

This is my community, a group I've been a part of for more than 30 years. I don't expect everyone to know my name — our province is large enough so that we can't be expected to know everyone, and I sure don't know everyone else's name.

But my not being correctly named made me wonder … do they know me and (gasp) … do I know them? Not just name or ministry, current or past, but something about them. Did they sing, or plant or cook? What about their family, or what are they passionate about, or what makes them giggle? It's also a matter of ego, knowing my being around makes a difference and not just because I can "get $h!t done." It's a matter of belonging. It's a matter of being known.

Little does my principal know what he started. Action Nun, yes, and what else?