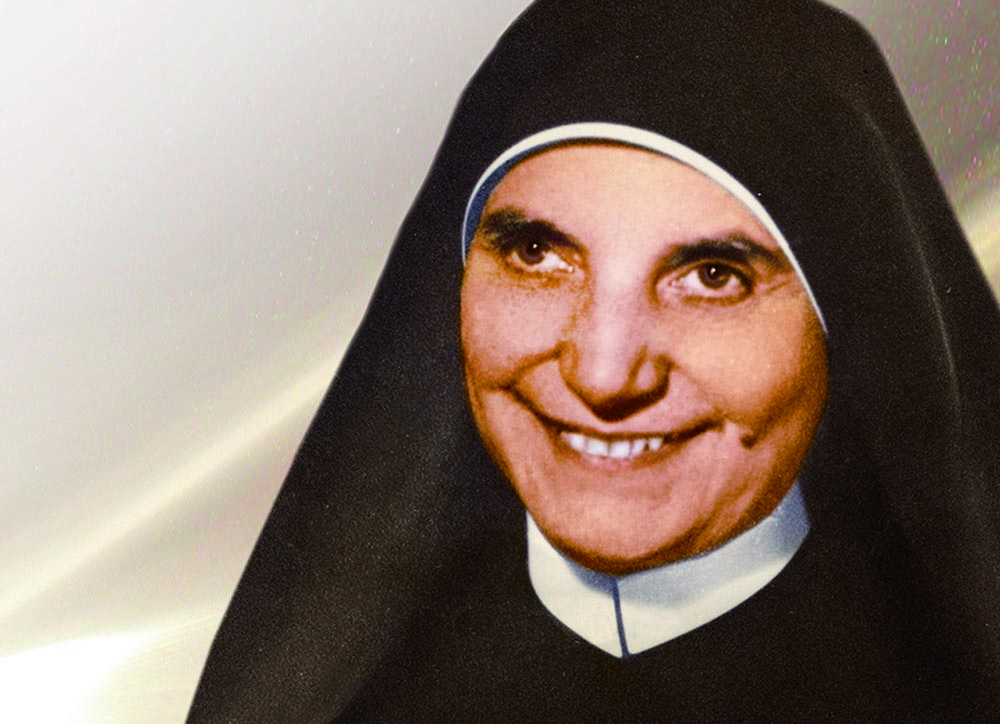 Mother Thecla Merlo (Courtesy of the Daughters of St. Paul)

Our first mother general of the Daughters of St. Paul — Mother Thecla Merlo — often exhorted us, "Give wings and feet to the Gospel, so that it may spread far and wide."

She had entered the first group of men and women "Paulines" gathered by the young priest James Alberione in the Diocese of Alba, Italy. He had a unique vision to get the Gospels in every family, in the hands of every Christian. When he was a seminarian, his friends helped him begin to achieve his goal with the distribution of copies of the New Testament in parishes. Later, his burning zeal led him to begin a religious institute for the purpose of spreading the Gospel.

Mother Thecla was easily captivated by this zeal, because she grasped Alberione's vision at their first encounter.

Neither Thecla or Alberione were worried about the academic preparations needed for so vast a mission. She was a trained catechism teacher in the Alba Diocese, and an accomplished tutor in embroidery and tailoring, but her weak physique had not allowed further studies.

What mattered was a person with total commitment and zeal for the Lord.

In her hometown, Thecla spread the Gospel message through the little workroom in her home. She shared, instructed the young women who came for training or worked along with her. The training room atmosphere was filled with joy, enthusiasm and prayer.

She continued doing this with the first group she and Alberione had assembled. To support themselves economically during wartime, they stitched clothes for the army. It was the start of the Daughters of St. Paul.

For Thecla, there was no one single way to "give wings and feet to the Gospel." Her dream project was to take up and spend all her energy on whatever was good for the spread of the Gospel.

As the times changed, in accordance with their mission, the congregation took up new communication technologies. Thecla encouraged and stood by her young sisters as they spread the word through publications, radio and television programs, while they continued to give wings to the Gospel through traditional means.

More than 100 years after the birth of our congregation in 1914, as the anniversary of her birth on Feb. 20, 1894, drew near, I sat down to meditate on what our dear Mother Thecla meant by "to give wings and feet to the Gospel."

The challenge had been a sudden inspiration, and at first I drew a blank. But light slowly dawned on me, knowing that our feet take us to places where we want to go. That symbolizes movement. Jesus walked on his mission throughout his life. His feet took him to seashores, to the houses of the sick, to the tax collectors, to Mary and Martha, to the wedding feast. Because he walked to places where he would meet people, he met them in their life situations; he reached out to them. And people could freely approach him.

Today, giving wings and feet to the Gospel indicates that we have to carry his message as he did — reach out to everyone irrespective of their caste, creed, positions or economic class. As St. Paul said, "I have become all things to all men, so that I may by all means [in any and every way] save some [by leading them to faith in Jesus Christ]" (1 Corinthians 9:22).

We go to people on the periphery, where many hesitate to go, becoming one with them, being their voice. We go like prophets speaking on behalf of the landless, migrants, farmers, widows, children, orphans; and social media gives us a platform to be quick in our mission.

Wings can take us to far-flung places: upward and forward without any traffic jam. We can take our message with creative ideas and initiatives, venturing into new paths and areas, informing and inviting many more to join us in proclaiming the word.

We give wings and feet to the message of Jesus when we follow his values in our life.

Related: Sr. Sunitha Ruby in India reaches out to young and old via YouTube

Sunitha Ruby, a 39-year-old Carmelite nun, said, "I joined the convent because I loved Jesus. I hold his hand and he will show the way." A counselor, social worker and motivational speaker, Sister Sunitha adopted YouTube as a means to transmit the Gospel message. She adopted the language of youth: short, attractive, crisp, colorful presentations.

Sunitha is available even for one-to-one counseling, as she recognizes the challenging and dangerous ways of social media. With apt Bible verses at the tip of her tongue, she consoles, encourages, teaches and counsels the youth to follow new paths. She instills in them confidence that "I can, I will. I am intelligent enough, and I can achieve."

Mother Thecla rejoiced over the progress of her sisters on every continent. She encouraged them to continue with courage. She was open to changes suited to the environment and particular needs of each nation, according to one's talent. She counseled them to rely more on God and not on their own strength.

She would challenge them by asking how many people do not know or love God, and tell them that they had to come out a bit from their shells, to be convinced of this reality. 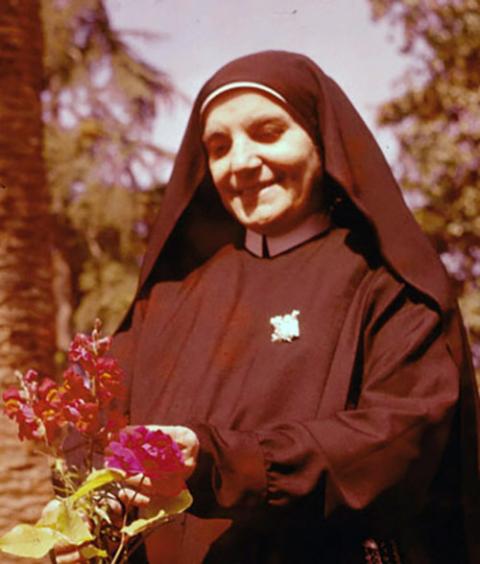 Mother Thecla Merlo (Courtesy of the Daughters of St. Paul)

One of her contemporaries remarked, "She was the woman of the century. The 20th century had in need of this strong, dynamic woman, who crossed oceans and skies to launch new undertakings with unfailing enthusiasm." When faced with financial blocks in the mission undertakings, Thecla would say, "If good is done by all means go ahead. As for the rest, let us not worry about it. Divine Providence will help us if we have faith. Before all else let us seek the good of humanity."

She had intuitive understanding of the importance of movies as a means of doing good. The daughters of St. Paul joined the priests of the Society of St. Paul for production of films. And Mother Thecla herself took the part of the prophetess Anna in one of the films, "Mater Dei."

Speaking of the radio, Mother Thecla said, "With radio what God says in the Scriptures comes true, 'My message will be heard throughout the world.' "

When her sisters told her about difficulties in using new tools in the communication field, she said, "Go ahead and use it. Good must be done. The Word of God must be preached. Do it."

I particularly enjoy one anecdote about opening a house in Bolivia in 1963. How could they carry out the apostolate of the press in a nation where the majority of the people were illiterate? Mother Thecla always had an enlightened answer: "If majority of the people do not know how to read, then we will go through pictures and records. But there too we need to open a Centre, to make known the Lord. In Bolivia, too, we must diffuse the Gospel in some way."