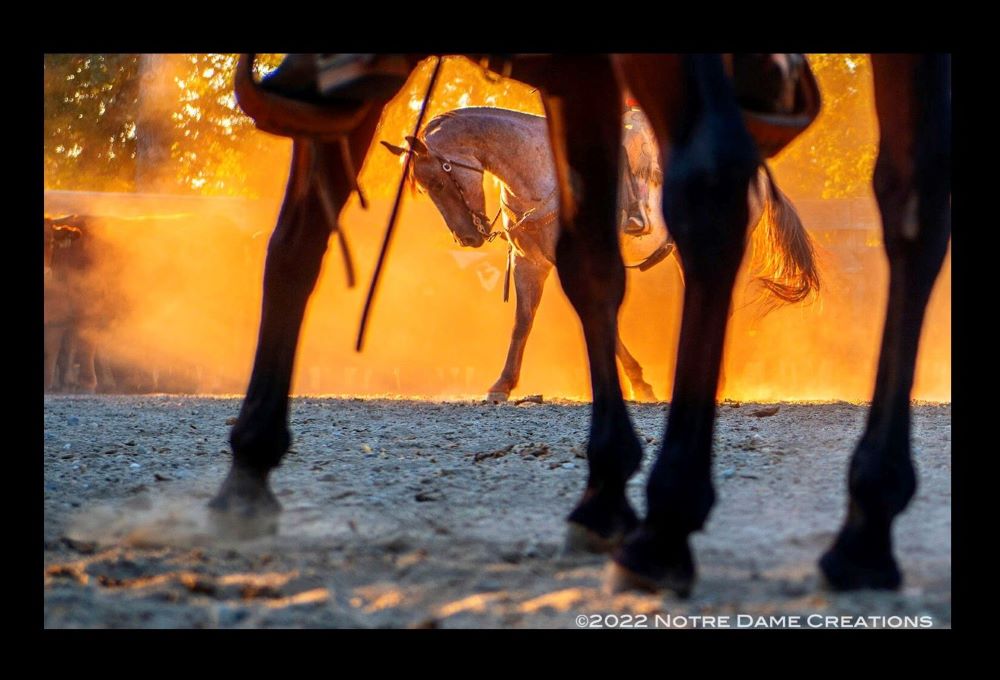 Notre Dame Sr. Rose Marie Tulacz was laying on the ground, "in cow dung practically, no tripod" when she took this photo. "But when I saw it, I stopped breathing, and I knew I only had one second to get the shot," she said. (Courtesy of Rose Marie Tulacz)

How do you turn $20 and a borrowed camera into a women's center, a 1,000-student school, an orphanage, a convent and a Montessori school?

You don't, said Sr. Rose Marie Tulacz of the Sisters of Notre Dame. God does. 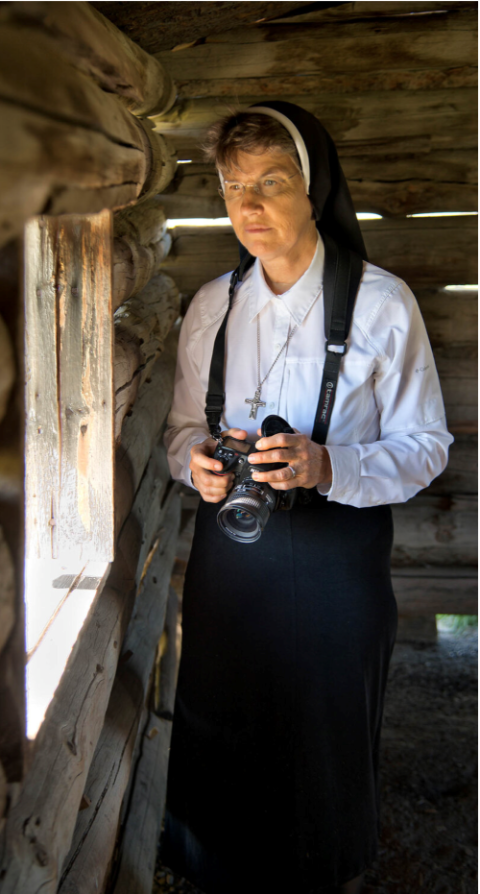 "This is my life: God multiplies everything," Tulacz said. "When we empty ourselves, he fills us."

Tulacz's life is filled with spiritual direction, speaking engagements, retreats, faith formation and parish missions. Oh, and photography: She is, after all, known as "the Nun with a Nikon."

Thirty years ago, a sister visited Tulacz's community in California and purchased several religious statues for her convent in Papua New Guinea. She had no way to get them home, so the provincial challenged the congregation to raise money for shipping. Someone suggested Tulacz, in the midst of a teaching career, could take photos to make greeting cards to sell.

Tulacz borrowed a camera and, with $20 her father gave her for film and developing, took photos on a trip to Ohio's Amish country. Now 67, she has sold thousands of books of her photography and sells prints of her photos — some for $1,600 — on her website. The Los Angeles Daily News once called her photos "virtually flawless."

Her 2002 book, In the Between, is out of print, but used copies can still be found online. Proceeds from the book funded the congregation's projects in Tanzania, including the Zinduka Women's Center, Notre Dame Academy and an orphanage for children living with HIV. Book proceeds paid for a convent and Montessori school in Nairobi, Kenya.

Her focus today is raising money to buy solar-powered cell phone chargers for the homeless people of Santa Monica, Santa Barbara and Los Angeles. A $1,000 Sisters on the Frontlines grant helped her buy 30 chargers, which let homeless people charge their portable lifelines even when the pandemic closed the few places that had been open to them. She would like to give out many more.

GSR: How do you go from one little photo project to photography being a major part of your vocation?

Tulacz: I spoke with a sister in Ohio who was an artist herself. I told her I felt this stirring in myself, even though I was a classroom teacher, and she said the secret to being an artist is to start selling it right away — don’t give it away for free, otherwise the community will think of you as a hobbyist.

My vision is very global. Whatever I do, whatever I see, whatever I behold is something I can photograph. But I try to make images that will speak, photographs that will tell stories. Some photographs can’t be ignored, like photos of poverty. I try to capture the beauty and dignity of people.

Do you carry a camera with you all the time, or is your photography more intentional?

No, I don't carry it with me, because it's not safe. I have to take photos when I have time and a place I know I can go safely.

But I don't have tons of equipment, so when we had to evacuate because of the wildfires, I packed everything I needed to restart the ministry if everything burned.

I try to be a very good steward of the income from the ministry, so that there's more of the income available to the community. I know I have more photos on the website than I really should, but I do that in hopes that someone will find exactly the one they want and buy it.

You've traveled the world for your photography. How has the global COVID-19 pandemic changed things for you?

I've thrown away all my (speaking engagement) talks from before COVID — everything has to be new and fresh for what today is asking of us. I have a new website. We are suffering, we are dying, but we are also rising. We must do things differently.

In my photography, I think my vision is getting expressed in stronger and stronger ways. I just feel there's an urgency right now, that there’s a new body of work I need to do. Families need hope. The images and symbols … they're timely. And they seem to be very much desired right now, more than ever. The world needs God and signs of his love and mercy, and I feel the Spirit of God flowing out through the pictures into the world.

Remember, I'm not trained in photography, so sometimes I just trust God that he's going to help me with the situation I find myself in.

And you are very intentional in putting yourself in situations to make great photographs.

Some people think I just snap pictures. No, you're trekking through the mud, there's mosquitos, there's gnats. It's crazy.

I'm getting older, so it's not easy carting 45 pounds of equipment on your back, plus a heavy tripod. There's a huge price for every image.

But it's so magical to get up so early in the morning, go to somewhere to set up and be there before that amazing light even begins and then being there and seeing it in the moment. Nothing takes away that thrill of being there for the breaking of the morning.

There's a couple images of Tuscany. It had rained the night before, and there was fog as I was looking down into the fields. I was soaking wet, and then sun breaks through the clouds and it's that singular moment and you've only got a second.

There’s the photo taken through horses' legs. I was laying on the ground, I was in cow dung practically, no tripod. But when I saw it, I stopped breathing, and I knew I only had one second to get the shot.

I know when I have a good image when people can't stop looking at it.

Are there any photos you would love to take that you haven't?

The wild, white horses of the Camargue in France. That's my dream. There's a tremendous energy and power in horses. And not just the horses, but behind the scenes — the guardians of the horses. I would also document and do some very intimate, strong images of the people who occupy that small town, there’s very devout Catholic Christians there.

I want to be a keeper of the faith. A lot of the images I have taken over the years are of places that no longer exist. I was in Assisi before the earthquake. I photographed amazing trees in the Carolinas that were later destroyed by hurricanes. I'm thankful I've been able to preserve some of that.

If Jesus had had a Nikon when he walked the Earth, what would he have captured? I ask him: What does he want me to focus on?