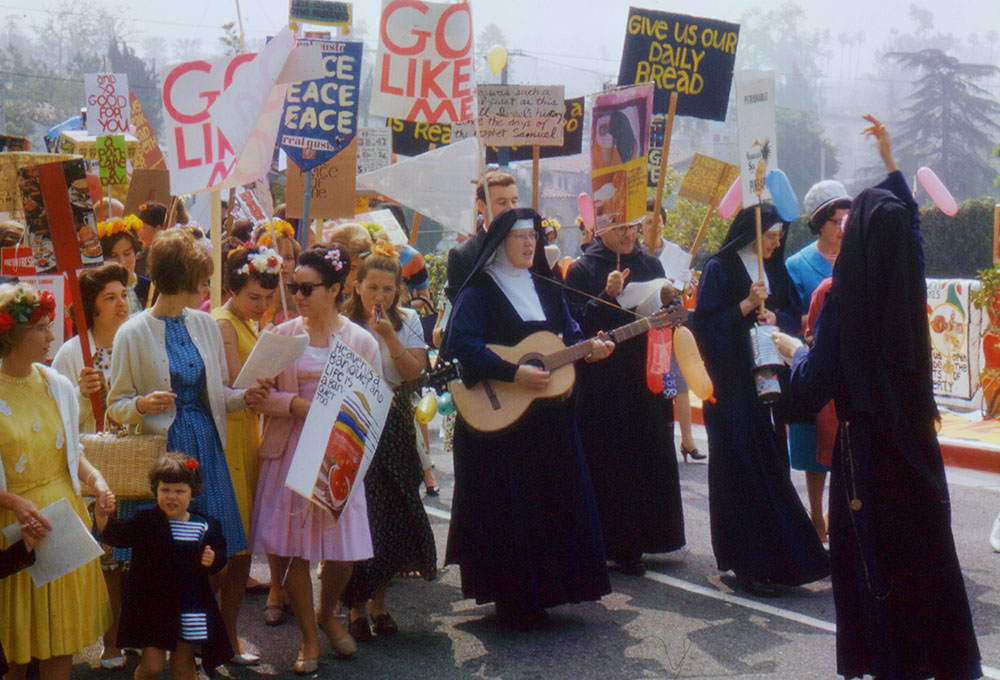 As the Second Vatican Council ended in 1965, the Sisters of the Immaculate Heart of Mary decided to take up the council's call for renewal. Over the next few years, the sisters carefully and purposefully crafted a list of changes they wanted to take.

They had no idea that path would force them to choose between bowing to church hierarchy or leaving religious life.

But that was the decision they faced in December 1969, when the 560 sisters voted on whether to submit to the demands of Los Angeles Cardinal James McIntyre that they stop their transformation. Disobeying the cardinal, the Vatican said, would mean asking for dispensation from their vows and returning to the laity.

Mother Humiliata, the superior at the time, and 326 other sisters voted to continue to make changes despite the consequences. Three months later, 220 women left the Sisters of the Immaculate Heart of Mary and formed the Immaculate Heart Community, a lay community the cardinal had no say over.

Today, there are 114 active members of the ecumenical community, and their journey is the subject of a documentary, "Rebel Hearts," premiering Jan. 29 at the Sundance Film Festival with a second screening Jan. 31. The film is one of 10 nonfiction feature films chosen for the festival. 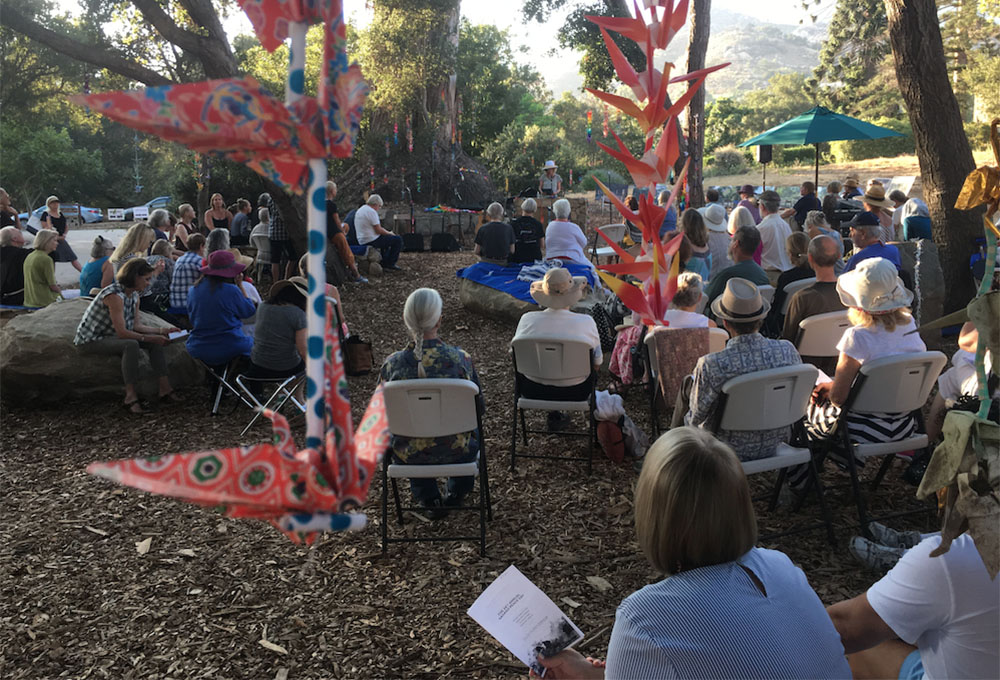 Each Aug. 6, the Immaculate Heart Community partners with the Nuclear Age Peace Foundation to hold a remembrance event commemorating the detonation of an atomic bomb over Hiroshima, Japan, at the community's La Casa de Maria retreat center near Santa Barbara, California. The 2018 observance, shown here, was especially poignant because in January of that year, a mudslide destroyed nine of 14 buildings at the retreat center and covered the grounds with mud and boulders. (Courtesy of the Immaculate Heart Community)

"It's thrilling," said Nan Cano, vice president of Immaculate Heart Community. "It's nice to be able to acknowledge the brave women who shaped our beginning and continue with us now."

President Karol Schulkin said the film, directed by Pedro Kos, was years in the making and includes archival footage shot in the 1960s by one of the film's producers, Shawnee Isaac-Smith.

"I'm really happy for them because of the work and dedication they've put in over all these years," Schulkin said.

The community turned 50 last year, but celebrations were muted by the pandemic, and they're unable to have a big watch party for the movie premiere. But the disappointment is tempered by the knowledge of their journey.

"Nobody knew in the late '60s or early '70s how long we would be a community and where it would lead," Schulkin said. "But year by year, we've lived into the future."

The journey began in 1965, when the Sisters of the Immaculate Heart of Mary voted overwhelmingly to pursue Vatican II renewals.

"We were ready to jump in but did it carefully and slowly," said Cano, who wrote a history of the community. "It was over years of study and meetings and working with theologians."

Out of the process came four things the sisters wanted to change: They wanted to wear contemporary clothing instead of habits to better connect with the people they served; they wanted to pray together when and where they were able instead of being required to gather at a scheduled time each day; they wanted to be properly credentialed to teach, as most were teachers in Los Angeles-area Catholic schools; and they wanted smaller class sizes, as some had up to 80 students, Cano said.

McIntyre, whom The Washington Post in a 1979 obituary called "one of the Catholic Church's most conservative and controversial prelates," was incensed.

The congregation, which was founded in 1848 in Spain and had ministered in California since 1871, was of pontifical rite, but the sisters were still expected to obey the local ordinary, and McIntyre was against the proposed reforms.

"It was mostly about clothing," Cano said. "He didn't understand why they wouldn't all be in habits in his schools."

Schulkin said the sisters were good teachers but knew they could, and should, be better, as some had been assigned to classrooms and didn't have bachelor's degrees.

"It was a matter of justice to the students and their parents," she said.

There have been many prominent members of the Immaculate Heart Community, but none is as famous as Corita Kent, a pop artist who created prints shown in museums around the world.

She was commissioned to create a banner for the Vatican pavilion at the 1964 New York World's Fair, was on the cover of Newsweek in 1967 and created the 1985 "Love" U.S. postage stamp.

The building Kent used as a studio is now a dry cleaner but is in the process of being named a historic site to save it from demolition. Kent died in 1986, leaving her work and all the rights to the Immaculate Heart Community, which operates the Corita Art Center dedicated to her work.

In 1967, McIntyre decreed they either stop the renewal process or stop teaching in archdiocesan schools.

Mother Humiliata, who later returned to using her given name, Anita Caspary, made several trips to Rome to plead their case, but no one would see her.

Instead, Cano said, the Vatican sent investigators who asked the sisters questions like, "Why do you want to look like a floozy on Hollywood Boulevard? ... It was a done deal."

In May 1969, the Vatican told the sisters they must follow McIntyre's edicts or give up being sisters. In December, the majority of the community voted to ask to be released from their vows.

"The bottom line was to be recognized in their full humanity as human beings with purpose and not discounted as women," Cano said. "It was the whole manifestation of malignant male hierarchy."

Overnight, the sisters were fired from their teaching positions in archdiocesan schools. It was the middle of the school year.

"People in parishes all over California were dismayed. Priests who were supportive wept for us," Cano said. "I've met sisters over the years who would apologize, saying, 'I was one of those who had to come in to take your place.' I always thank them. I mean, what would [the schools] have done? They saved those children."

That rough birth shaped the community: It is structured to have as little hierarchy as possible; welcomes both men and women, married and single; and is open to anyone of the Christian faith. Members use the initials "IHM" after their names but do not use "Sister" or "Brother" as titles.

"We remain rooted in Jesus Christ," Cano said. "We're not anti-Catholic, but we have no connection with [the church] at all."

"There's always been a lot of communication back and forth," Schulkin said. "We go to each other's celebrations and funerals. There are some blood sisters on both sides, some cousins."

The number of Sisters of the Immaculate Heart of Mary, however, dwindled over the years. In 2005, Cardinal Roger Mahony was made the pontifical commissary of the congregation, which would lead to a dispute in 2015, when the archdiocese arranged to sell the convent to pop singer Katy Perry. Two of the five remaining sisters objected to the sale and attempted to sell it to someone else, leading to lawsuits and national attention. Today, there is only one sister left, Schulkin said, and she has been taken in to be cared for by another order. 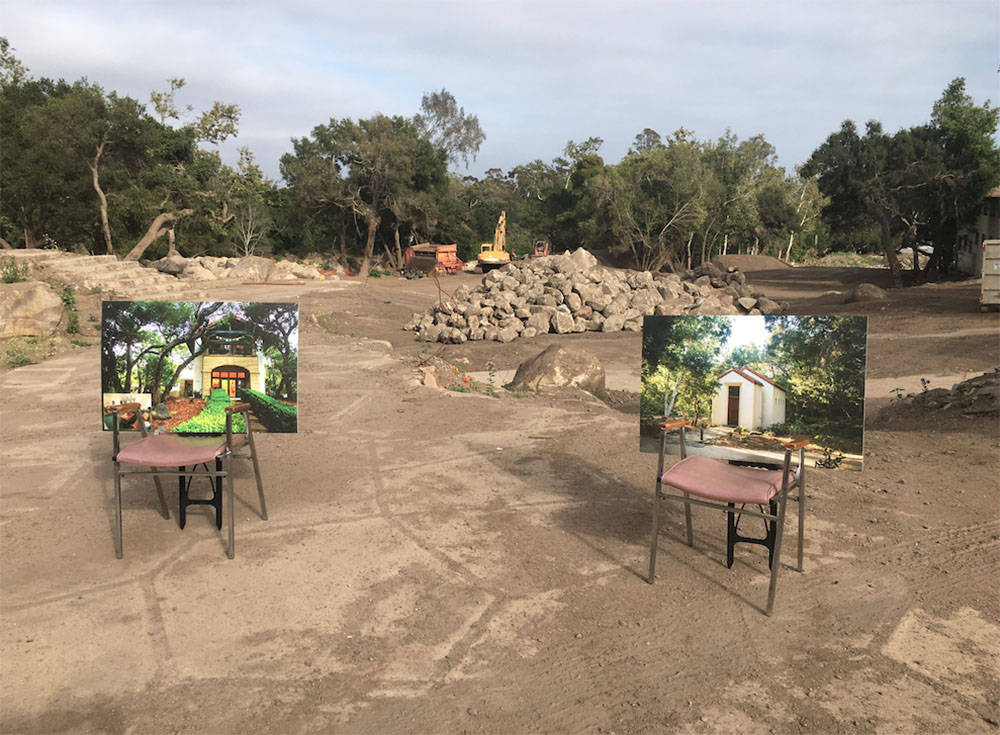 The Immaculate Heart Community's focus, however, is further north. When the community split, the two groups divided the property, and the new group took La Casa de Maria, the retreat center near Santa Barbara. After wildfires in 2017 burned the undergrowth and grass that kept the soil in place in the mountains above the property, a January 2018 mudflow caused by heavy rains destroyed nine of the retreat center's 14 buildings. After years of fundraising and planning, work to rebuild the center is just beginning.

Mary Hunt, co-director of the Women's Alliance for Theology, Ethics and Ritual (WATER), has been a friend of Immaculate Heart Community since the 1970s.

"I have watched them with great admiration," she said. "They're one of the most interesting and persuasive models of what emerging religious life can look like."

Hunt said the community shows how God can create order out of chaos.

"They're one example of what the Vatican would have seen as the nightmare scenario, where the community splits," Hunt said in an interview with Global Sisters Report. At a virtual retreat Hunt recently moderated for them, she said, "it occurred to me that maybe the Holy Spirit works in special ways, allowing people, even like Cardinal McIntyre, to unleash the kind of creativity that this group has lived for 50 years."