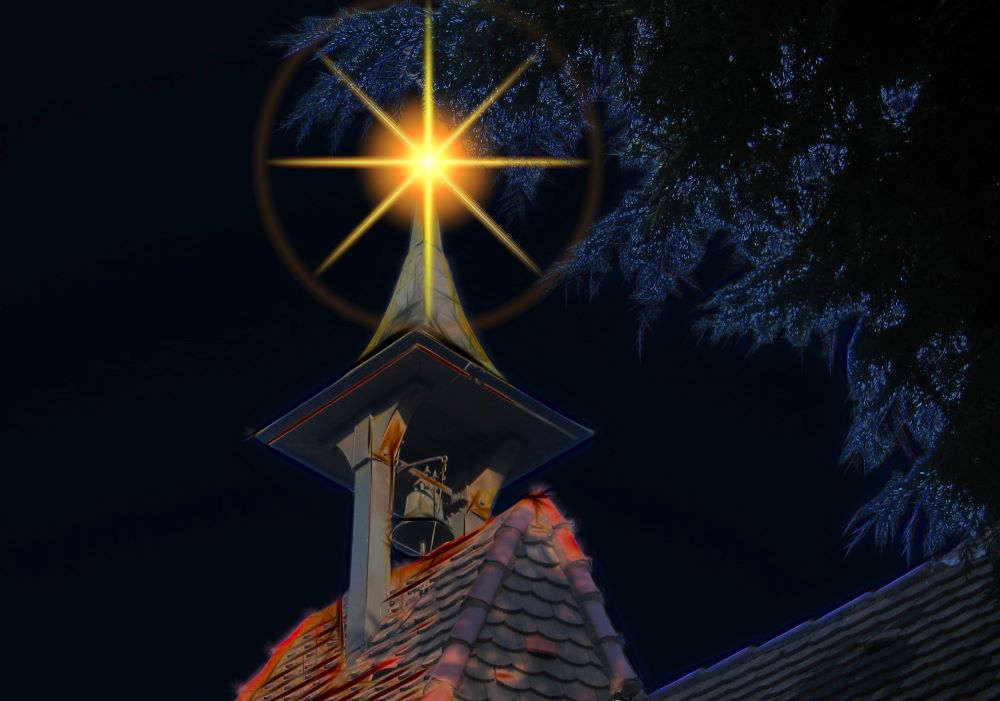 People of a certain age and background know the phrase "Bah! Humbug!" from Ebenezer Scrooge, the protagonist of Charles Dickens' A Christmas Carol.

It's generally used to express dislike, if not downright disdain, for the commercialization, secularization — even crassness — of Christmas in the modern age.

There is media-led pressure to stage the perfect Christmas: to decorate, bake, entertain, wrap to an impossible standard, to look the part and to exude joie de vivre for the entire festive season — which seems to begin earlier and earlier each year.

Adages such as "Jesus is the reason for the season" and "Put Christ back into Christmas" have some superficial appeal, but rather than provide a corrective to a tired populace, perhaps they just alienate some good people who are doing their best.

For Christians, Christmas is about the Incarnation, the enfleshing of God in a little baby, born to parents who could not possibly know what it would all mean — to them and to their son, to their Jewish community, to the world of the future.

Christmas is shorthand for the lavishness of God; the "good measure, packed together, shaken down, and overflowing" (Luke 6:38) generosity of God. Some might say God's munificence is "over the top" —  and they would be right!

The calendar is dated from the birth of Jesus, and his nativity is celebrated all over the world. Surely this is a good thing?

Would the Bah! Humbug! crew prefer that Christmas was a quiet affair, observed in churches and Christian families rather than in the general community?

Recently at a social event to mark the approach of Christmas, an older woman shared that last year the presider at Christmas Mass addressed those who were not "regulars" in these terms: "You people who only come at Christmas can do so because some people choose to come every week, to support the parish, to be involved. If it were not for those people, this community would not exist."

The person who shared this was delighted, but I was appalled. Has that priest never simply showed up at a function at which his presence was his only contribution? Of course he has. We all have.

Parishes exist to evangelize. Isn't the first stage of evangelization to welcome?

Families and friends coming together to celebrate is a good thing.

Gift giving (in moderation) is a good thing; after all, God is the ultimate giver of gifts.

Families decorating homes and gardens is a good thing.

Heightened awareness of the needs of others, often resulting in generosity to myriad causes, is a good thing.

And as for Santas on surfboards, Disney characters enlisted for the cause, happy-ever-after Christmas movies, pantomimes, Christmas markets, parades, even Advent calendars encompassing everything from beer to children's books: Does it really matter?

I'm generally a believer that "less is more" — but with our God, more is more! As St. Ignatius Loyola said, "God will not be outdone in generosity."

Here in Australia, I believe most would say we live in a secular society. Rather than something to bemoan, Scrooge-style, this challenges us as Christians to demonstrate in our day-to-day lives that the Incarnation, the birth of Jesus, makes a difference.

We don't do that effectively by condemning the ways others choose to celebrate.

We don't do that effectively by believing that we are somehow superior to those whose celebration doesn't include an overtly religious dimension.

Richard Lennan writes in his book Tilling the Church: Theology for an Unfinished Project:

Individuals and even entire communities might never develop an explicit relationship with God, and certainly not join the church in any of its forms, but nothing less than God can satisfy and complete human beings. This conclusion can help members of the church to grasp their own identity, while also refining their mission in the world.

Surely God's self-communication to God's creation in the nativity of God's son — with all the myths that have arisen around it — is our best hope to tell our story of good news. Let's not jeopardize this annual opportunity by channeling Scrooge, but rather proclaim, with the angels:

For today in the city of David a savior has been born for you
who is Messiah and Lord. ... "Glory to God in the highest and
on earth peace among those with God is pleased"
(Luke 2: 10-11,14).