They didn't want to give up the same coffee they had been drinking for decades.

Switching to a new machine meant fewer options for coffee or hot water, and the new brand takes about 13 seconds to pour instead of only two or three. It costs more, too.

But standing in solidarity with the poor farmers who grew the coffee beans by paying them a fair wage was something the sisters of Congrégation de Notre-Dame could get behind.

Under the inspiration of their foundress, Marguerite Bourgeoys, and buoyed by Pope Francis' encyclical "Laudato Si', on Care for Our Common Home," the sisters decided to undertake 12 actions aimed at lessening their environmental footprint. They launched a green committee in 2015 and have since introduced fair-trade purchasing, decided on a new environmentally friendly heating and air system, and, among other things, continued to educate themselves and others about green initiatives.

"Scientists have been alerting us for years and years and years about [all] that was happening to the earth, the water, the air, and all of that, calling us to connect the dots, really," said Sr. Maura McGrath, leader of the community's green committee. "As people of faith, [we are] realizing that this is a moral and ethical and a spiritual issue."

Needing to start somewhere, the congregation hired a Montreal-based environmental nonprofit, Equiterre, in 2015 to estimate the carbon footprint of their 80,000-square-foot motherhouse, which was built as an education facility in 1914 and served as a school for generations before becoming the sisters' headquarters within the last 15 years.

Together, Equiterre and the sisters created a list of actions and started implementing tangible impact, but change has not come easily.

"I think, unconsciously, we're all resisting," McGrath said. "Nobody really likes change. I think that it's always a challenge to move from the words that we say to the actions."

McGrath equates the pain of the Earth to the pain of those living on it, suffering in many ways. With natural disasters, floods, fires and famines, she said the sisters must do their part to mitigate environmental degradation.

How to green a motherhouse

Before the sisters could lessen their environmental impact, they needed know how much of one their motherhouse made.

Equiterre found the community emitted approximately 416 metric tons of greenhouse gas per year. Of that, Equiterre consultant and project manager Normand Roy said 259 tons came from energy use in the motherhouse. Another 112 came from transportation, when sisters from their international congregation travel to the house by car or plane. The other 45 tons were emitted from organic matter: throwing out food waste that could be composted instead.

Last year, a study by the University of British Columbia ranked homes in Montreal as the greenest in Canada because of the city's hydropower and walkability, but smaller homes on average still released 5.4 tons of greenhouse gas emissions a year. Edmonton ranked highest, with more than 20 tons emitted per average household.

In 2013, Canada as a whole released 738 million metric tons of carbon dioxide; its emissions make up 1.6 percent of the world's total emissions, putting it in the top 10 emitters across the globe.

Together, Roy and the sisters came up with about 95 actions the sisters could take to lessen their emissions. Some were major undertakings; others were small changes. These were condensed to 13 major actions, and after reviewing their budget, the sisters decided to work toward 12.

A new heating and air system helped with the No. 1 action on the congregation's list: energy efficiency of the motherhouse.

In the last two years, Roy helped the sisters connect with Ecosystem, a Montreal-based construction firm that individualizes designs for energy-efficiency and greening efforts. The firm proposed a system fit to the sisters' building that they will install this winter then monitor moving forward. Despite the $400,000 the project will take from the budget, the sisters decided it was a solid investment: Ecosystem guaranteed they would save that much and more in future energy bills.

The new system is expected to save 146 tons of greenhouse gas emissions a year, which will cut the house's yearly emission by more than half, Roy said.

Roy said he works with many companies and organizations that say they want to become more environmentally focused, but often, they "want to do as little as possible and brag as much as possible."

The sisters, he said, are different: "Bragging is not part of their story. They're not interested in PR. They are really, really motivated at doing things right."

Along with the coffee and composting, the motherhouse installed a bike rack for employees or visitors to cycle instead of drive. They switched to organic cleaning supplies and installed a bioactive grease trap to remove grease from their wastewater.

McGrath said the sisters also do actions that seem small compared to some of the bigger projects, such as asking each other to turn off the lights when they step out of a room or to put on a sweater instead of raising the heat.

Change is 'slow, but it's real'

Educating sisters and staff about why they need to change habits proved difficult, but McGrath and her committee, including Bineta Ba, the congregation's social justice network coordinator, share environmental insight and bring in speakers, like people who attended the 2015 U.N. Climate Change Conference in Paris.

When Ba returned from maternity leave in September 2015 and started implementing the 12 actions, "there was a problem of acceptance, of understanding," she said. "It was clear that for each action, they will have to [make] big changes. It was a lot of trouble."

Ba created videos to share with sisters and visitors on YouTube, introducing the reasons for fair trade coffee and how and why they should compost and recycle. Ba said Fairtrade Canada recently noticed their efforts and contacted the congregation to become a "fair trade faith group," a designation for religious groups taking action for and making a commitment to fair trade.

Meetings introduced the sisters to new eco-friendly habits and explained why hefty up-front costs for major renovations, such as the new heating and air system, were necessary, Ba said.

McGrath heard from sisters who are concerned that protecting the environment means they are not protecting the people they have committed to in their charism. McGrath said she sees the Earth and its people as interdependent, but her colleagues need to understand why and how, too.

"We can't protect anything that we don't love," McGrath said. "So, until that shift happens, there won't be the changes we need."

McGrath doesn't expect people to stop driving, though fossil fuels are a major contributor to climate change, but the sisters decided they will seek electric cars for their next vehicle purchase. Some aspects of their action plan, like buying those electric cars, planting more trees or building a vegetable garden, have not yet come to fruition.

McGrath points out three bins near the dishwashing area of their dining room for recycling, composting and garbage. The motherhouse's composting program took time to get going, since it requires participation by every sister, staff member and visitor.

Roy called it a success. Using an outside company to collect organic waste means the sisters' effort is not net zero, but Roy said the sisters have reduced emissions from organic waste by nearly the 45 metric tons they used to create each year.

Roy said he understands that compromises by sisters, staff and congregational stakeholders take time in their democratic decision-making process, but he finds their passion impressive.

Ba said the goal was to get the motherhouse green then duplicate their successes at their six Congrégation de Notre-Dame communities across the globe, from Quebec to Japan. She said their broader Quebec community has already reached out to Equiterre for help.

The videos she created are shared internally and externally, and Ba was asked to write an article for the Franciscans and another for the Canadian Religious Conference to share the process they've been through with communities who may want to become more environmentally friendly.

Ba hasn't worked with other congregations doing comparable greening, but the motherhouse is now recognized as a part of the wider Green Churches Network, which shares advice among religious organizations in Canada working on similar initiatives.

McGrath and Ba's green committee is dedicated to educating each other and those outside their community.

"Our community is a community of education," Ba said. "We wanted people to see what we have initiated and to allow them to see the opportunity to do the same thing in their communities." 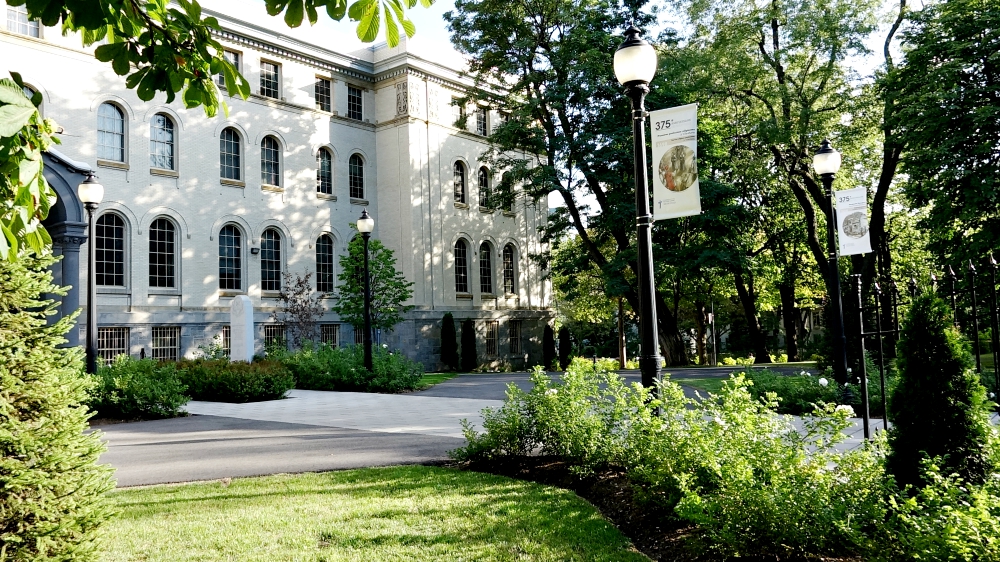 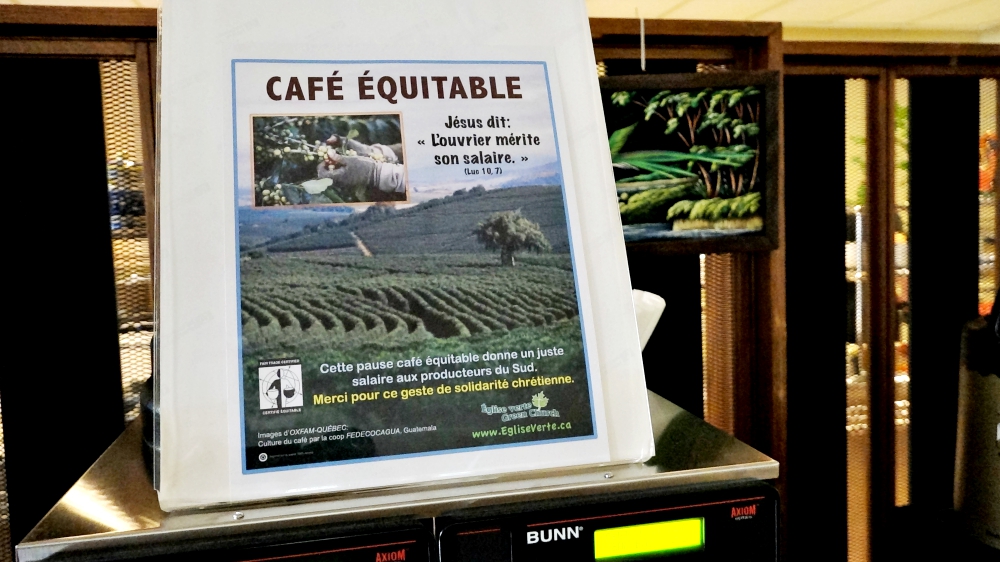 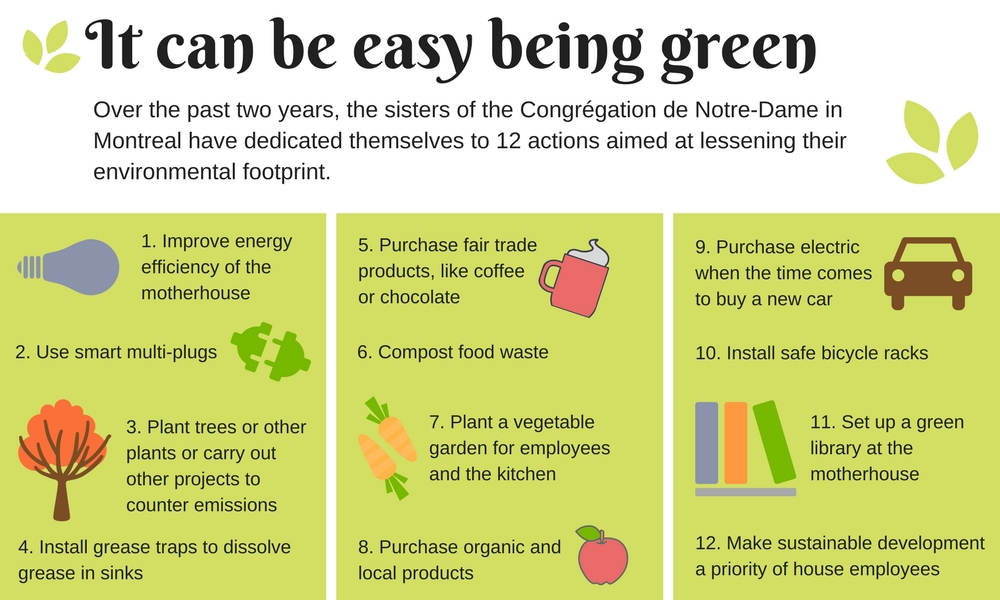 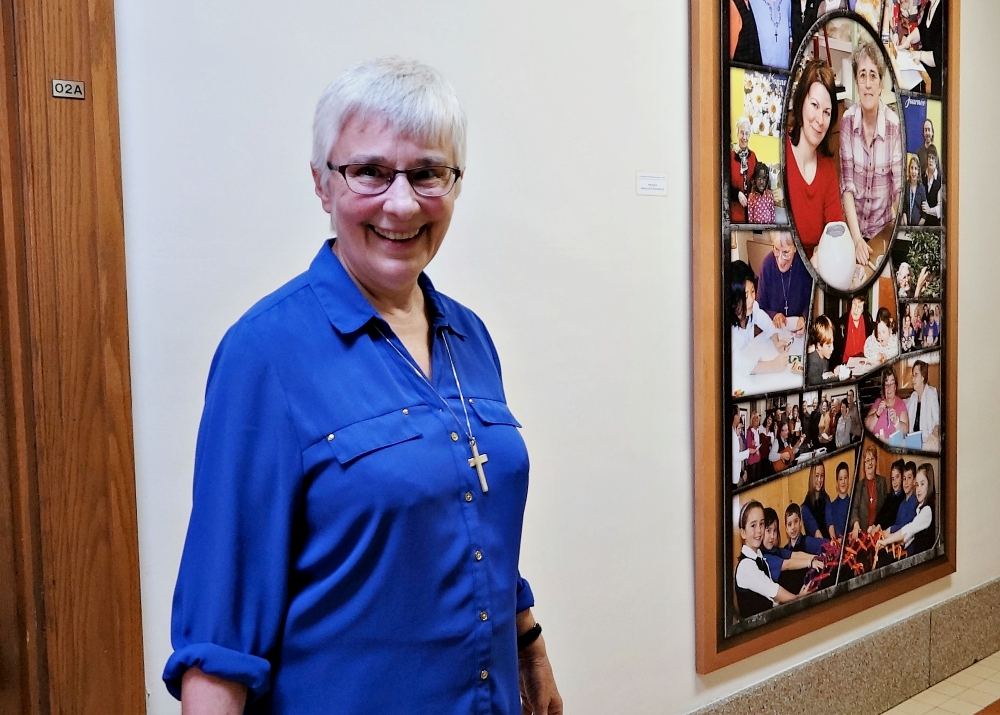 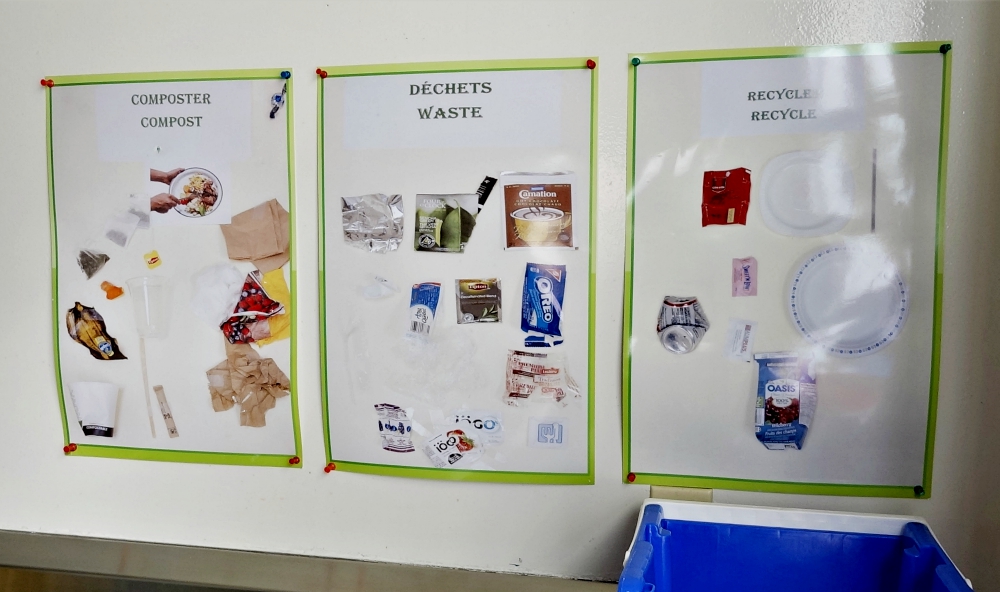 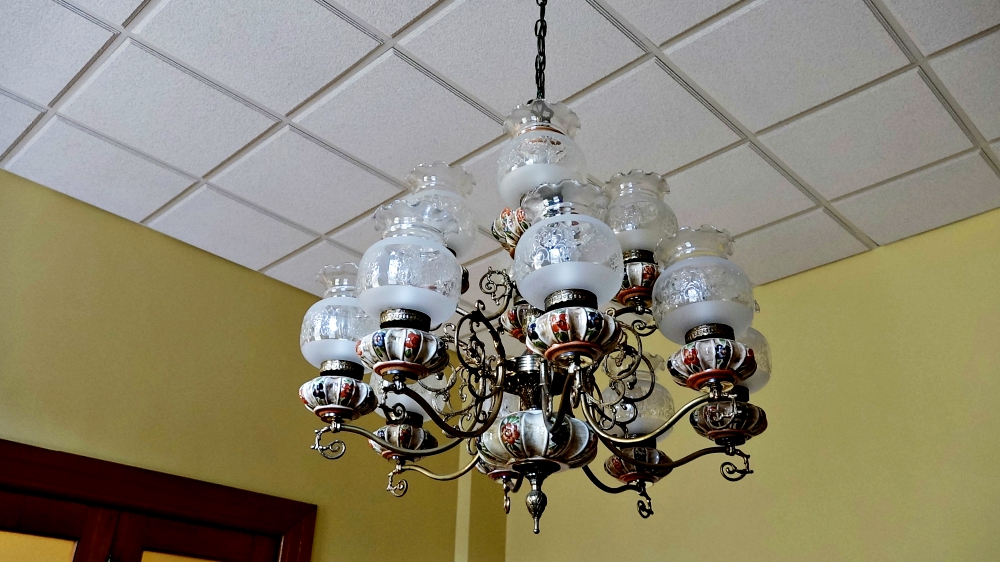 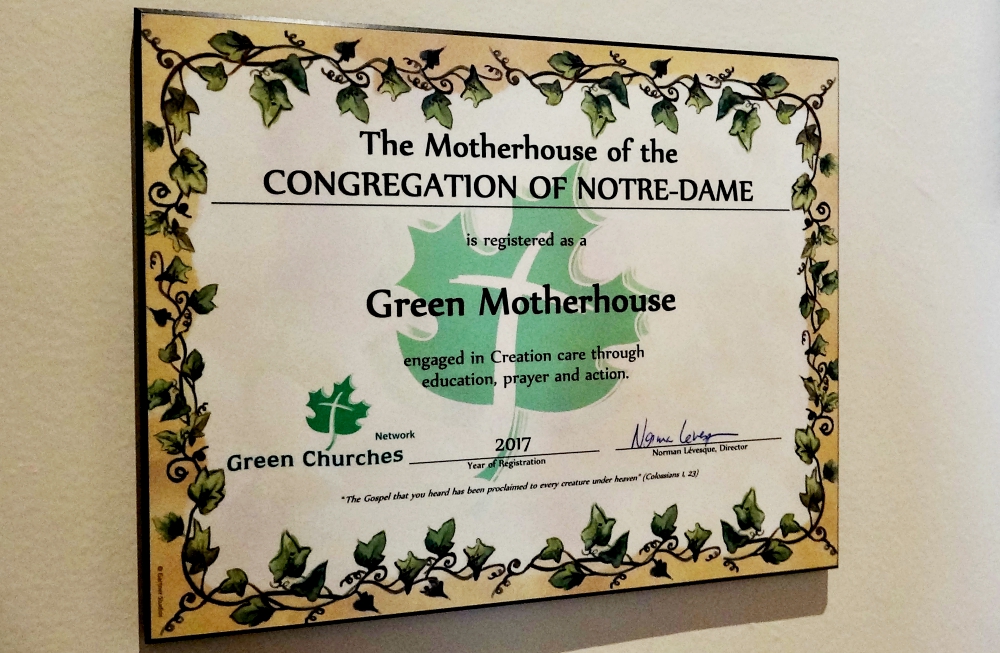