In silence they processed. In a circle they prayed. With Standing Rock they stood.

More than 500 clergy and people of faith across religious denominations joined the Standing Rock Sioux Nation and its supporters in their stand against the construction of the Dakota Access Pipeline.

The gathering Nov. 3, described as "a day of protective witness in solidarity with the Standing Rock Sioux Nation and with the water protectors," brought the interfaith group to the main Oceti Sakowin camp on tribal land in south-central North Dakota that has served as the base for the pipeline resistance.

Among them were Mercy Srs. Kathleen Erickson and Aine O'Connor, and Mike Poulin, a member of the Sisters of Mercy justice team in Omaha. The three spoke to NCR following the conclusion of the prayerful witness. 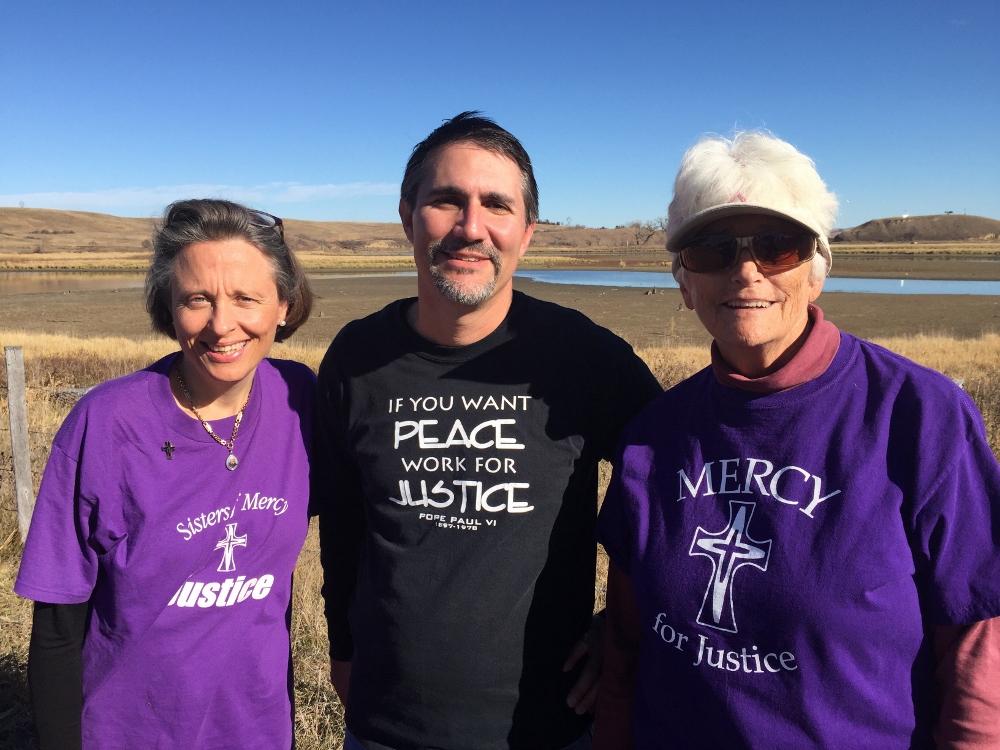