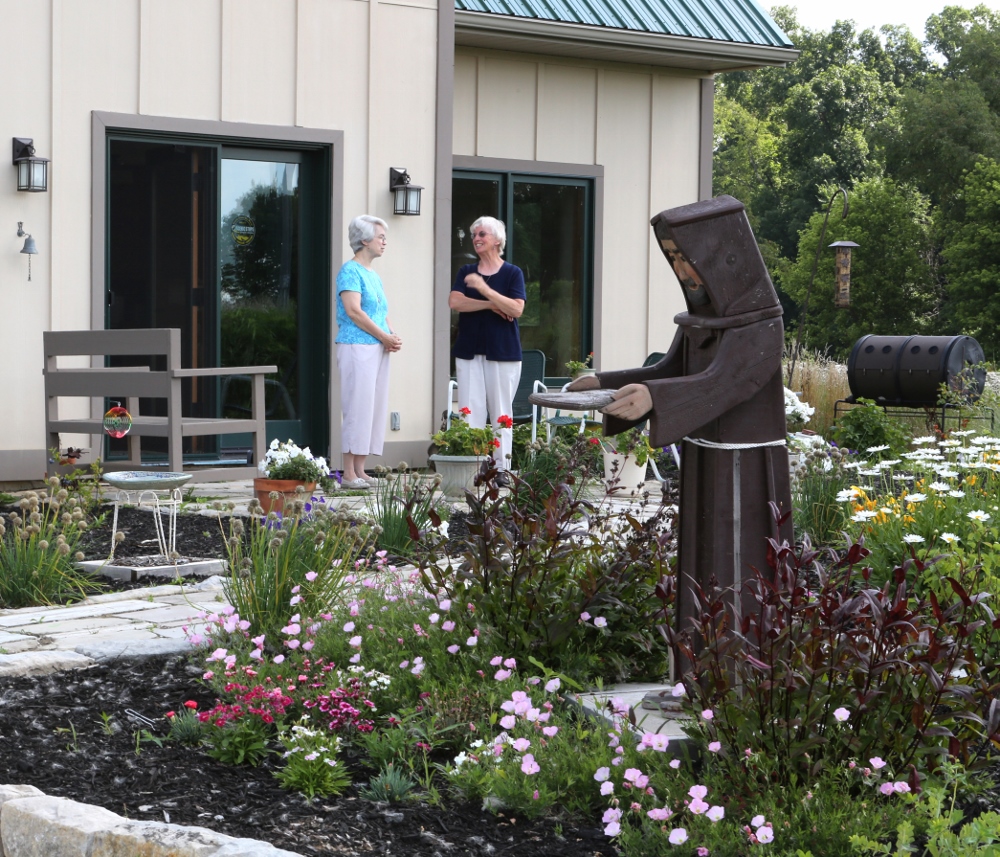 Tiffin, Ohio — One Ohio religious order is hoping its energy-efficient straw-bale house will sprout ideas in the minds of visitors to reduce fossil fuel consumption and even invest in renewable forms of energy for heating and cooling their homes.

The Sisters of St. Francis of Tiffin built the house as a demonstration project to show that by incorporating an alternative design, nontraditional materials and a renewable-energy system, a house – or almost any structure – can be comfortable and good for the environment.

"The mission of the house is to educate people on the benefits of using natural materials, using the passive solar concept and alternative energy," said Sr. Jane Frances Omler, one of two Sisters of St. Francis, living in the two-bedroom, 1,300-square-foot house.

All of the house's electricity is supplied by a small wind turbine. Various components and construction techniques reduce the need for heating and cooling: 300 straw bales tightly stacked and anchored within 20-inch wide exterior walls; a natural clay-based plaster coating on interior walls; long-lasting fiber cement siding; a 26-inch base of a ultra-lightweight material called millcell, manufactured in Germany from recycled glass; passive solar design that takes advantage of the warmth of winter sunlight while reducing heating from the sun in summer; and triple pane glass windows, most of which face south.

"That passive solar I never quite understood until I lived here for a year," Omler told Catholic News Service. "That sun goes right on top of the house in the summer and doesn't come in. And then as the winter approaches in the fall, the sun goes low and starts finding its way in.

"It's so beautiful, the shadows, everything. It's so beautiful to live close to the sun and benefit from what it can give us. When we invented air conditioning and furnaces, we just forgot about the sun," she added.

A small window built into a living room wall allows visitors to see in fact that the walls are filled with straw. 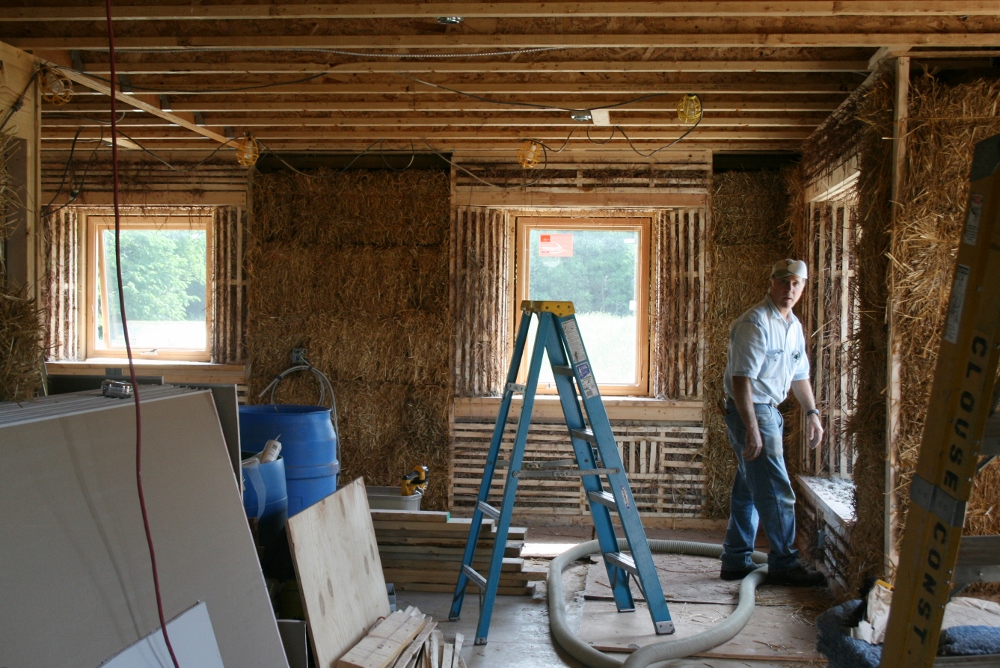 About $200,000 was invested in the property. The amount includes grants, donations and gifts from corporations and individuals. Construction took about four years from start to finish as the order worked to secure funding in phases.

Omler and Sr. Janet Hay moved into the house in December 2012. Omler said the house remained comfortable during the bitterly cold winter of 2013-2014 despite temperatures falling far below zero on several occasions.

Joe Ferut Jr., president of Ferut Architects in Vermilion, Ohio, designed the house. He told CNS that passive solar design has become increasingly popular among homeowners who choose to remodel a house or build from scratch.

While straw-bale construction is unusual, Ferut, who is Catholic, said he is finding that more people are looking to sustainability and energy efficiency in design as they seek ways to minimize fossil fuel consumption.

Ferut worked with natural building consultant Mark Hoberecht, a chemical engineer at NASA who runs HarvestBuild Associates in nearby Columbia Station, near Cleveland. His firm specializes in the use of natural materials in construction.

He told CNS that building homes using natural materials such as straw is beginning to gain interest in the U.S. after seeing success in Germany.

Omler has named the house Little Portion Green. She took the name from the small Porziuncola (little portion) church, now within the Basilica of Santa Maria degli Angeli, in Assisi, Italy, where St. Francis was inspired to start the Franciscan order. 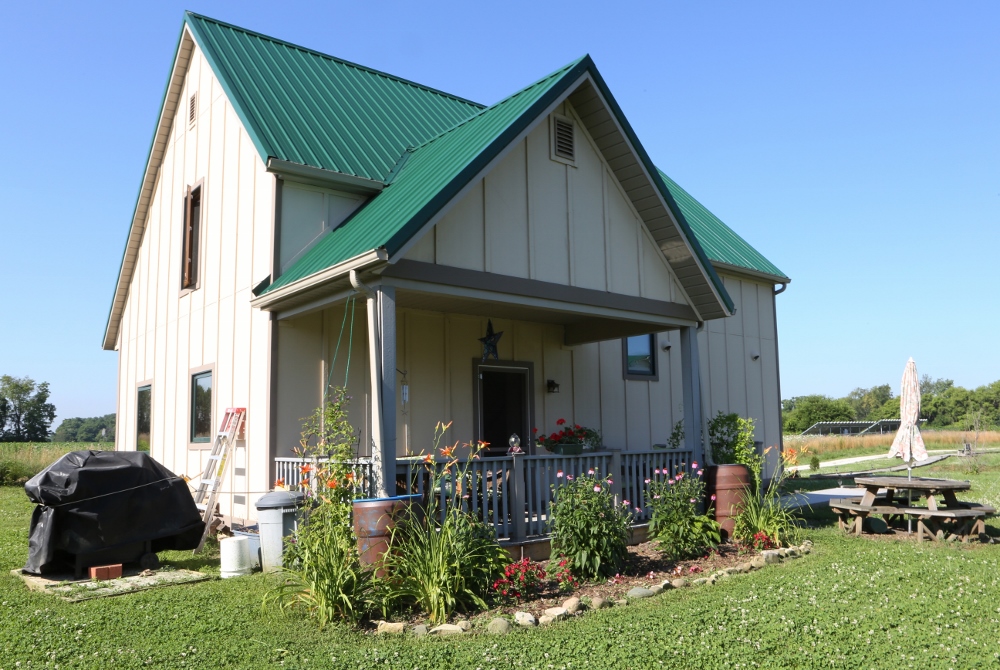 Comfortable and sturdy: An energy-efficient straw-bale house is shown on the grounds of the Sisters of St. Francis of Tiffin, Ohio, in July. (CNS photo/Chaz Muth) 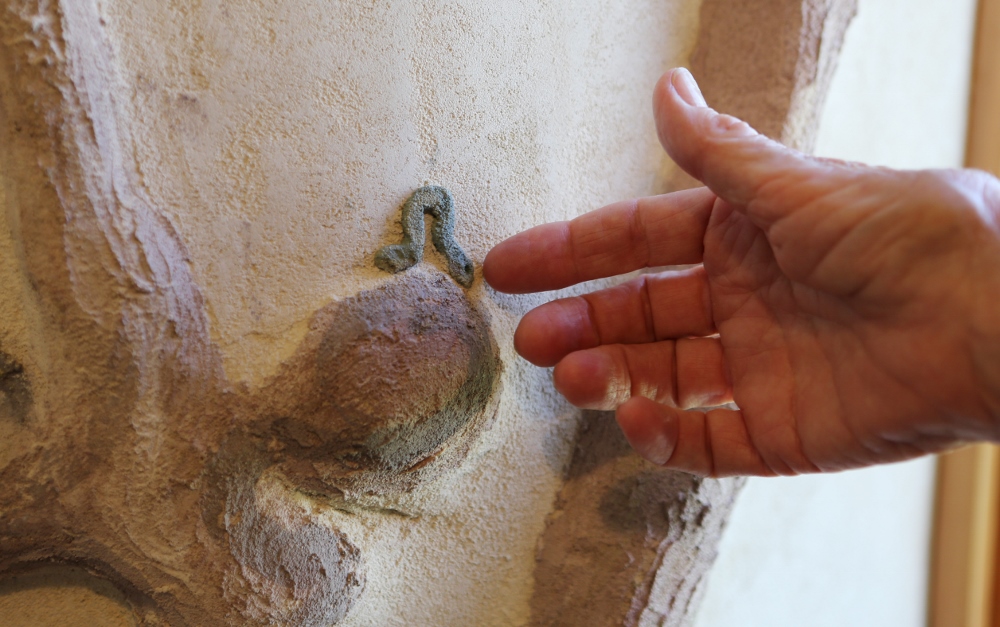 The Tiffin order has long promoted sustainability and care of the environment on its 500-acre campus. The property includes a small organic farm; the Franciscan Earth Literacy Center, which hosts programs on the environment and a summer day camp for children; and a solar panel array that powers the center.

The inspiration for the house is rooted in Omler 's 26-year ministry in West Virginia. In 1996 she coordinated the construction of a 400-square-foot chapel in the woods near Spencer, about 50 miles northeast of Charleston. Not satisfied with traditional construction techniques, she looked into alternative building materials and discovered plans for straw-bale buildings.

"I thought let's do something real different and innovative because a lot of people would be interested in it. Nobody is interested in doing the same old stuff," she said.

Soon after, Omler relocated to Mingo County in southwestern West Virginia where she ran educational programs for children at Big Laurel Learning Center. Operated by Catholic women religious, the center is located on a 500-acre trust established to protect the land from development and to provide a place for people to continue to live their Appalachian heritage.

In 1998, the first mountaintop removal coal mining operations began near the land trust.

Mountaintop removal mining involves the clear cutting of trees and the blowing off of the tops of mountains to reach coal seams. While the coal industry maintains that the practice allows easier access to coal to meet the country's growing electricity needs, critics of such mining point to ill health among nearby residents, damaged homes and polluted air and water sources as being far too costly a price to pay to keep energy costs low.

Omler educated residents about the dangers of mountaintop removal mining. When Omler returned to Tiffin, her hometown, in 2006, she continued to help people understand that the coal taken from the mountaintops in such a destructive manner is being used to generate electricity in places like Ohio. She eventually determined that she wanted to live in a house that was not using electricity generated by coal-burning power plants. 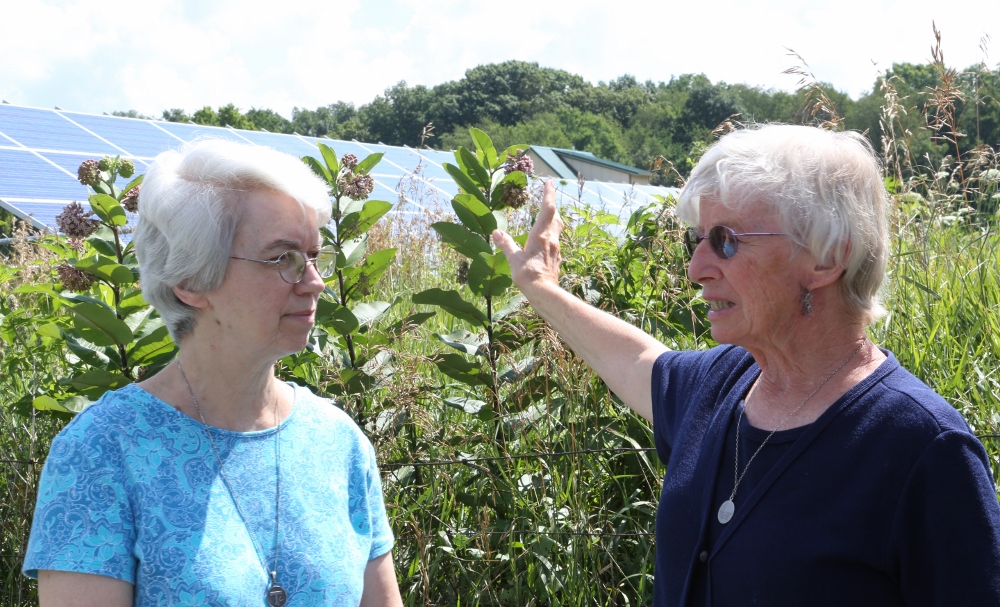 Students from Tiffin area schools and their parents regularly visit the straw-bale house as part of the order's earth literacy programs. Omler tells them that even if they cannot live in a house that is fully reliant on renewable energy, they can take steps to reduce their consumption of coal-generated electricity by adding insulation to walls and attics and replacing old-style incandescent light bulbs with more efficient LED models.

"I always tell the kids 'Ask for an LED light for Christmas,” she said.

Q & A with Sr. Kathleen Mary Kiemen, supporting the rural community and sustainability

Pope’s hope is Earth’s hope, not time for despair